Based on the final score of Monday’s baseball game between South Central and Vandalia, one would never imagine it was a pitching duel.

South Central may have won 8-1, but Cougar senior Derek Harmeier and Vandal senior Matt Hoffman both had their best outings of the season.

Logging a combined 23 strikeouts, the two pitchers drew high praise from both coaches.

Harmeier allowed one hit – a double to leadoff batter junior Dathan Berning in the bottom of the first – and the only reason Vandalia scored was because of a pair of errors, which allowed sophomore Dalton Wehrle to cross the plate in the fourth.

Otherwise, Harmeier was unblemished, save for one walk, in quickly working through the Vandal lineup.

"We've seen him several times," said Vandalia coach Luke Hohlt. "He is a nice pitcher with a nice frame.

“He knows how to pitch."

South Central coach Curt Jones said that Harmeier has spoiled the Cougars, as they’ve come to expect a strong performance each time he toes the rubber.

So far this season, Harmeier has a 6-0 record with a 0.41 earned run average. He has allowed just 17 hits and seven walks in 34 innings of work, while striking out 52.

"We've come to expect him to do that every time out," Jones said. "He's just so consistent.

"I don't really know (what makes him so good)," he said. "He's always been a good control pitcher, but he's gotten smarter over the years."

Hoffman, on the other hand, is not counted on as Vandalia’s ace, but Hohlt would never discount the value of having a senior in the rotation.

Throwing a stifling curveball on Monday, Hoffman froze several of South Central’s batters, eventually striking out 12 of them.

"He did a good job with it," Jones said. "We're more of a fastball-hitting team, so when we see a curveball, we're going to struggle."

He threw just two bad pitches the entire game, which resulted in back-to-back home runs for juniors Colton Wilkins and Bret Pitts that gave the Cougars a 3-0 lead in the third inning.

The other five runs allowed were unearned, as the Vandals are playing this week without many of their regulars because of a band trip to Washington, D.C.

Two of them are starting pitchers, so Hohlt was pleased that Hoffman had a good outing.

"He threw awesome today," Hohlt said. "The curveball looked great, and he did a very nice job keeping their batters off balance.

"He did exactly what a senior leader should do," Hohlt said. "I honestly could not have asked for a better performance. He missed a couple of pitches, but he beared down after that."

The Cougars added to their lead in the fifth inning when sophomore Fischer Tharp walked, stole second and scored on error.

That same error allowed junior Cole Armstrong to reach first, and he then stole second and scored on an error two batters later.

South Central added three more in the seventh inning, with senior Reid Drewes capping the inning by driving in two runs on a single to center. 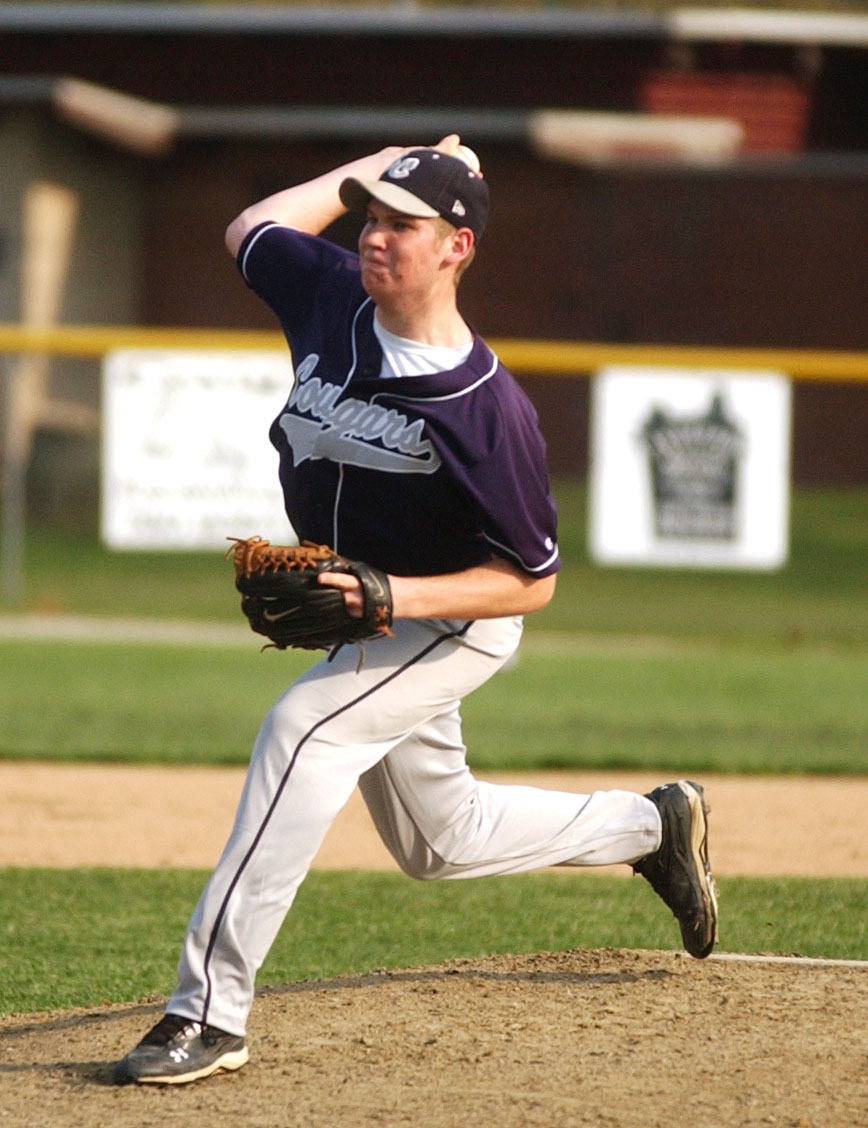 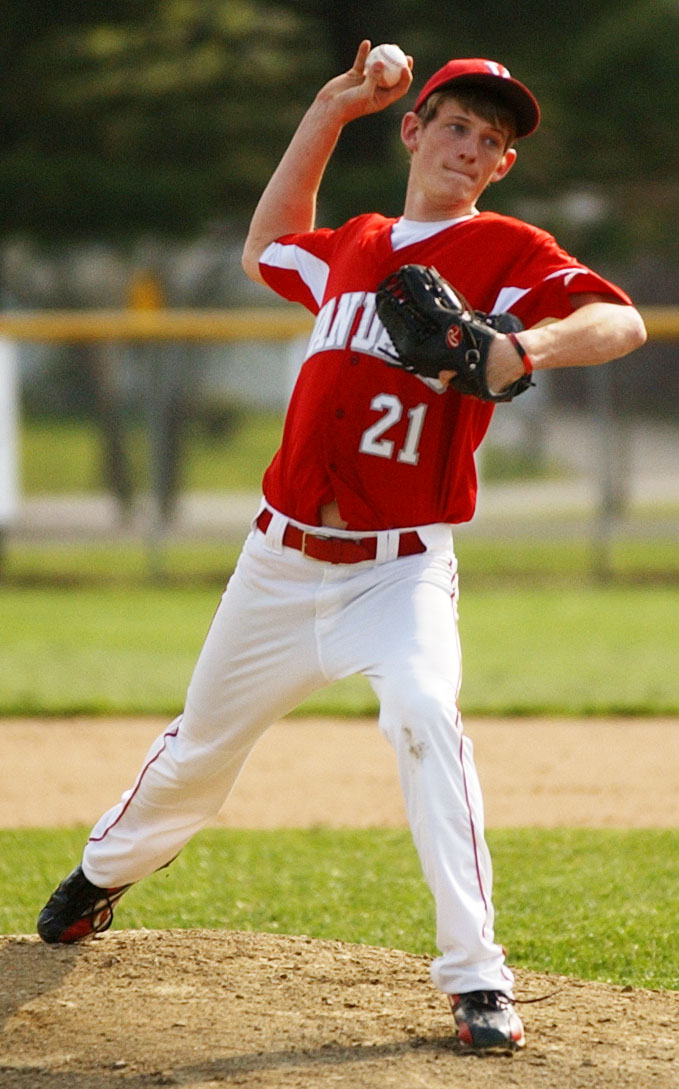 Senior Matt Hoffman struck out 12 batters in his best outing of the season on Monday.