Vandalia Community High School held its annual Red and White Night Saturday. The boys and girls varsity teams were showcased with the girls playing a game of two 10-minute halves and the boys playing three eight-minute quarters.
To start off the night, the boys freshman/sophomore team played a game with two eight-minute halves. The white team dominated in a 37-12 win. They were lead by freshman guard Blake Barth, who finished the scrimmage with 21 points on 10 field goals and one free throw, scoring the majority of his points in the paint.
The freshman/sophomore game was followed by games by the Junior Vandals basketball teams. The red team came out in top in both the third-and fifth-grade games winning 3-1 and 14-8, respectively.
A kindergarten-second grade game was played, as well, but a score was not kept. Members of the Vandalia boys high school basketball teams served as coaches for the contest.
The girls game followed the Junior Vandals games. The red team dominated the two 10-minute halves, as it took a 4-2 lead and never looked back en route to a 29-10 victory.
The boys game followed with three eight-minute games in which the teams switched between each game. Junior Richie Well and Sophomore Nathan Casey led the red team to an 11-6 game one win, scoring four and five points, respectively.
Well led the way in the second game, as his five points propelled the red team to an 11-4 victory.  The white team salvaged a 7-6 win in the final game.
The Vandalia cheerleaders performed during the quarters of the boys games, as well. 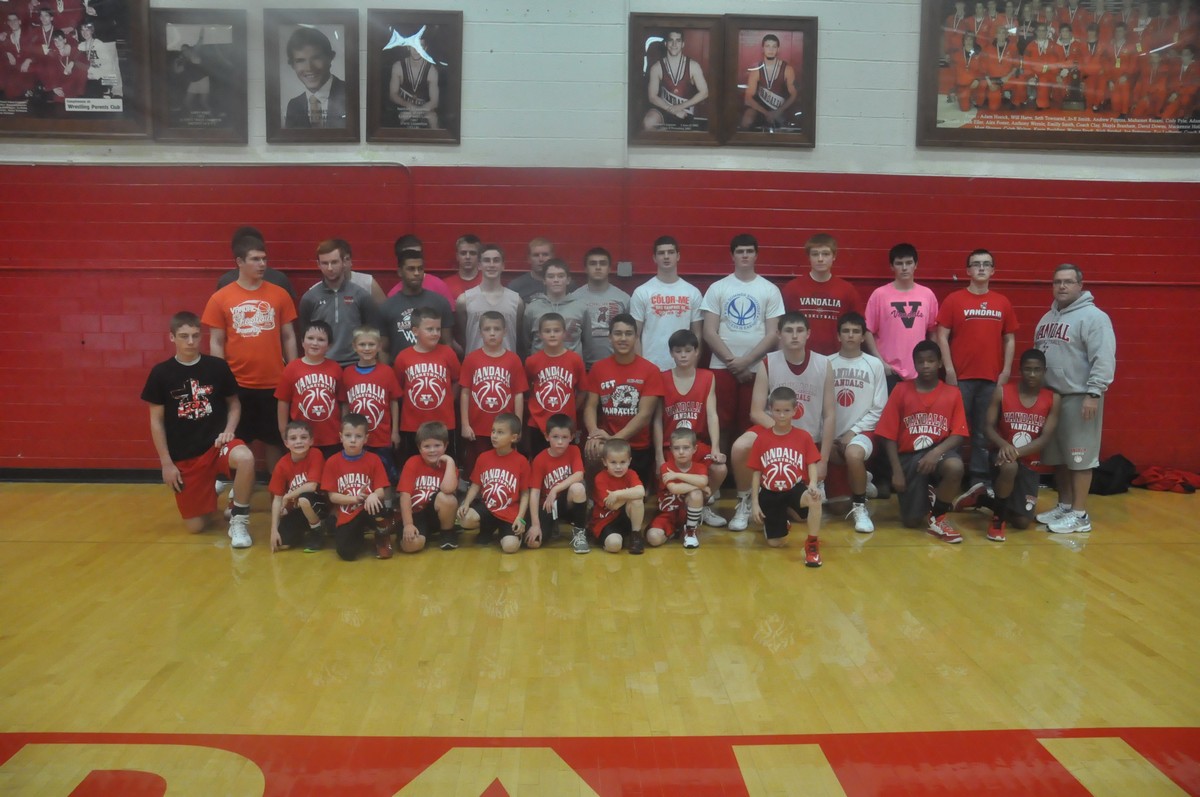 The kindergarten-second-grade team is pictured with the VCHS boys basketball team. They are coached by Brian Buscher. 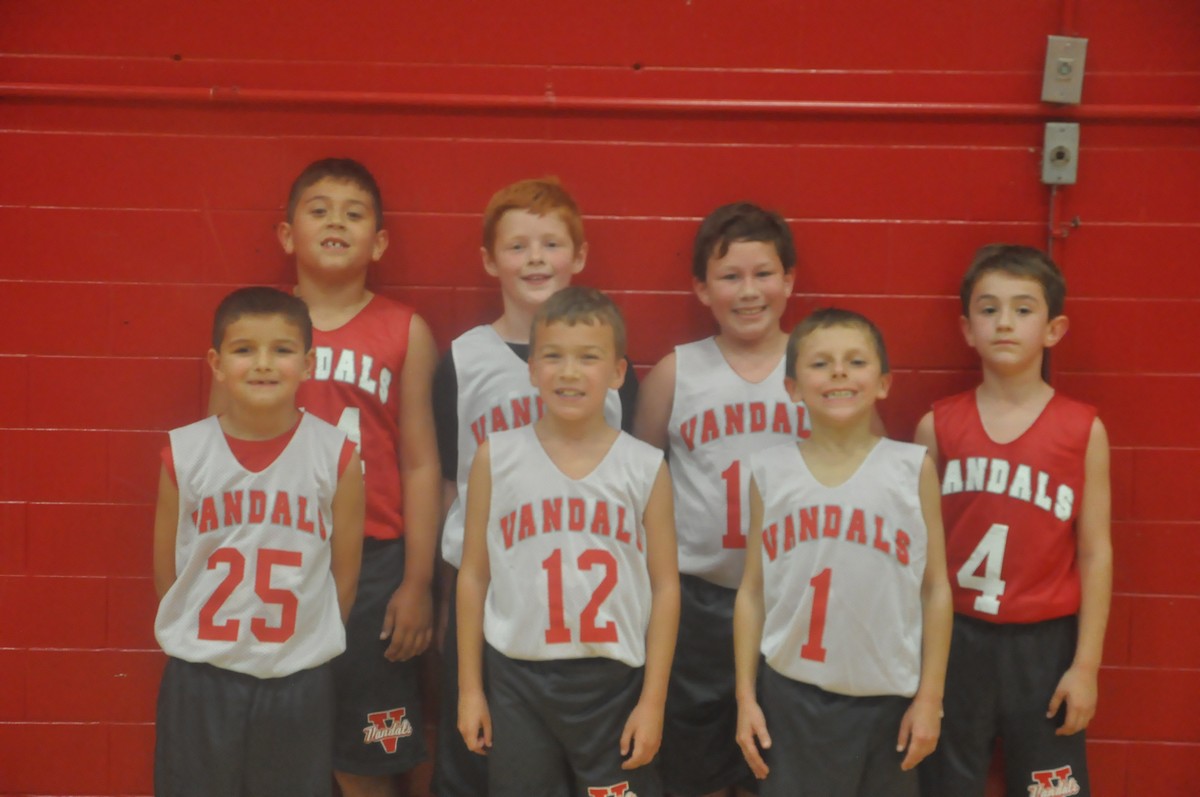 The third-grade Junior Pro Vandals are coached by Brock Bannon 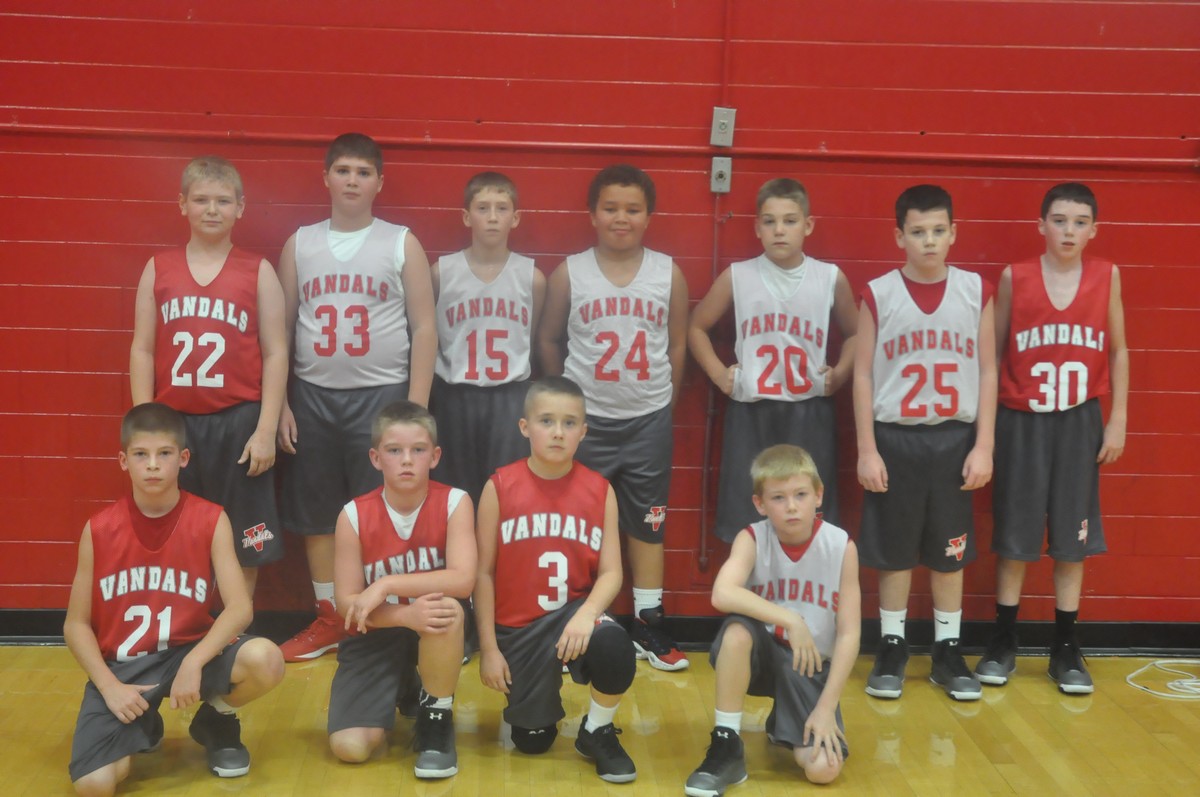 The fifth-grade Junior Pro Vandals are coached by Rich Well. 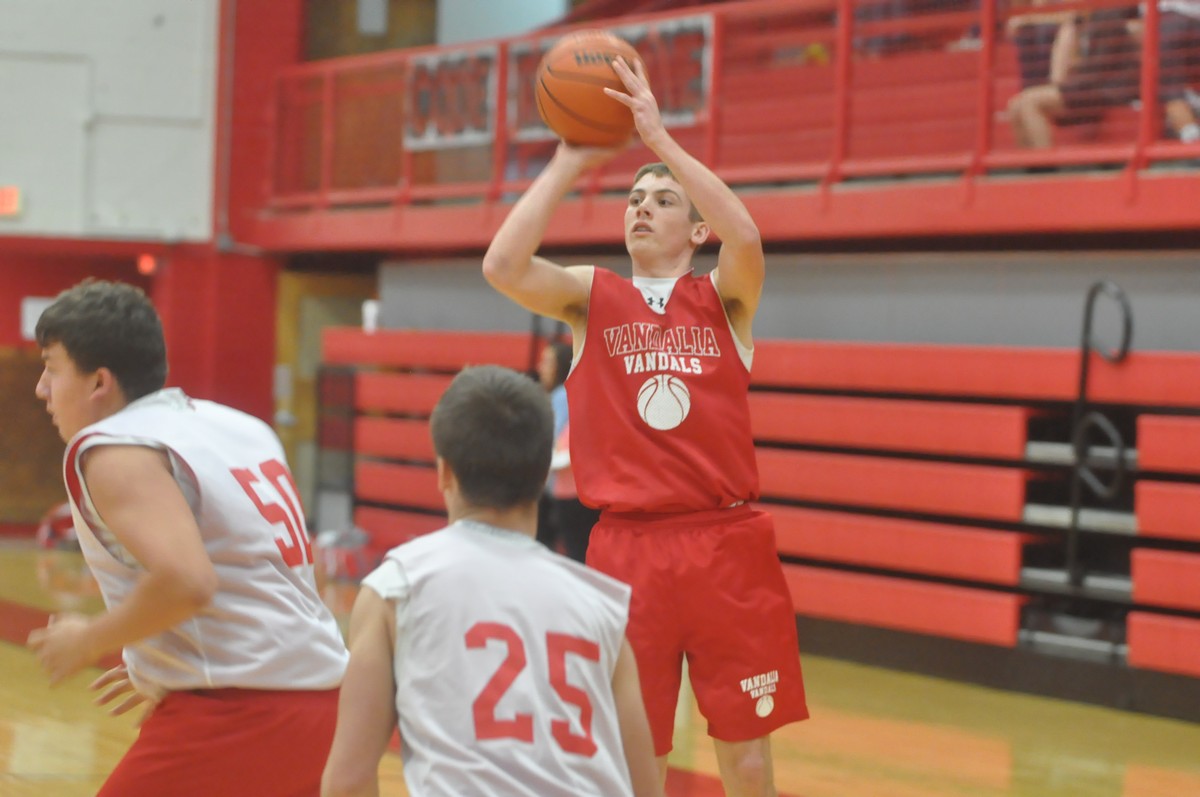 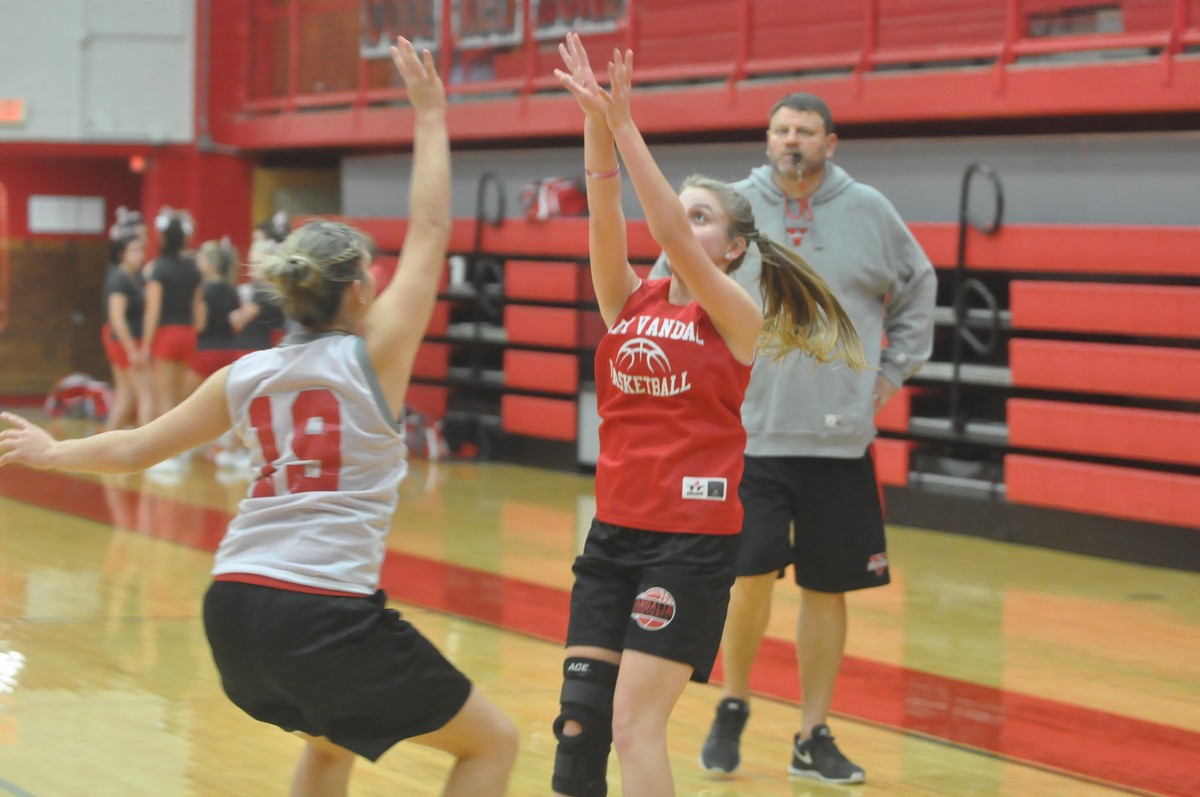