Game Stats- Vandalia compiled 509 yards of offense against the Comets, 396 rushing and 113 passing.
Leading the ground attack was Bradley, who finished with 227 yards on 31 carries for 3 touchdowns.
“It was just a great effort by him; I don’t know what his stats were, but just a phenomenal effort on his part,” Stout said. “He just kept running after contact. It was a great effort by Bobby and he didn’t want his career to end this way, but unfortunately it did.”
Jones finished with 118 yards on 12 carries and McNary rounded out the rushing attack with 45 yards on 8 carries for 2 touchdowns.
Well completed two of six passes for 54 yards with a touchdown and interception. Jones completed one of two passes for 59 yards.
Durbin finished with two catches for 109 yards and a touchdown.
The Vandals gave up 498 yards on defense (377 passing and 121 rushing). 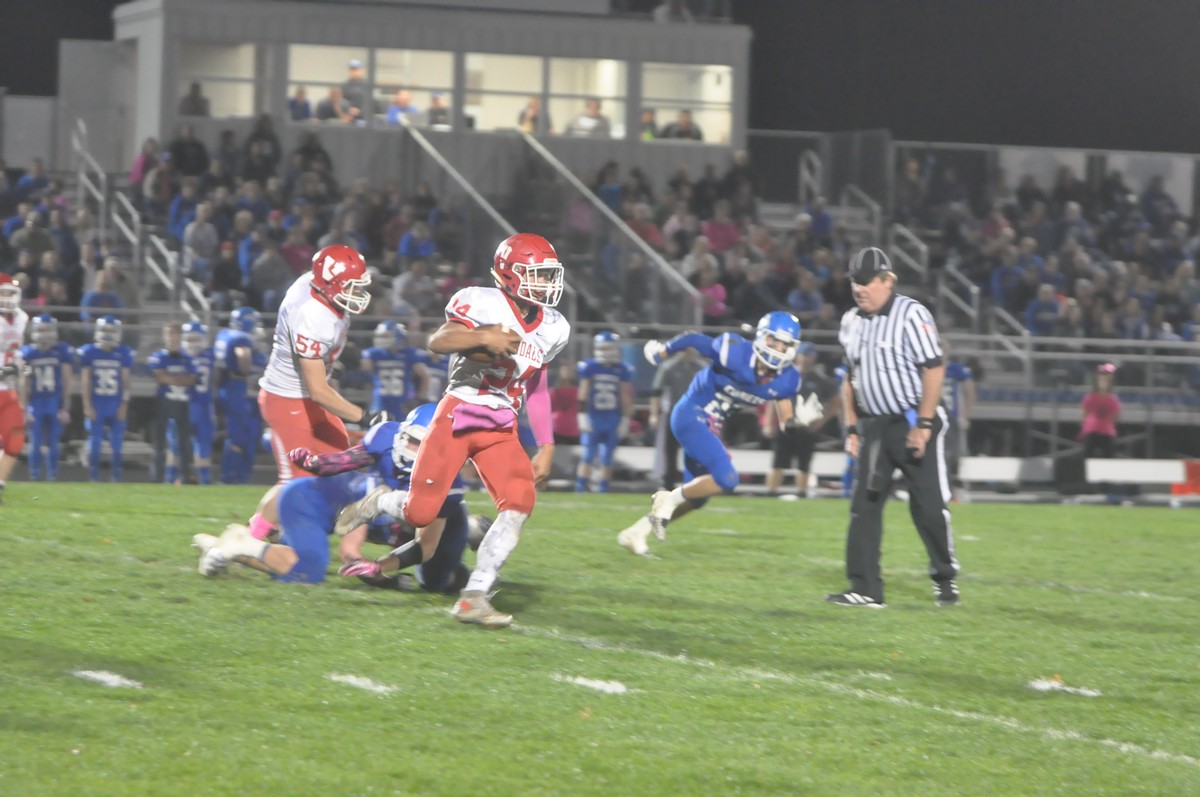 Kelly Jones (24) pulls away from a Comet defender. 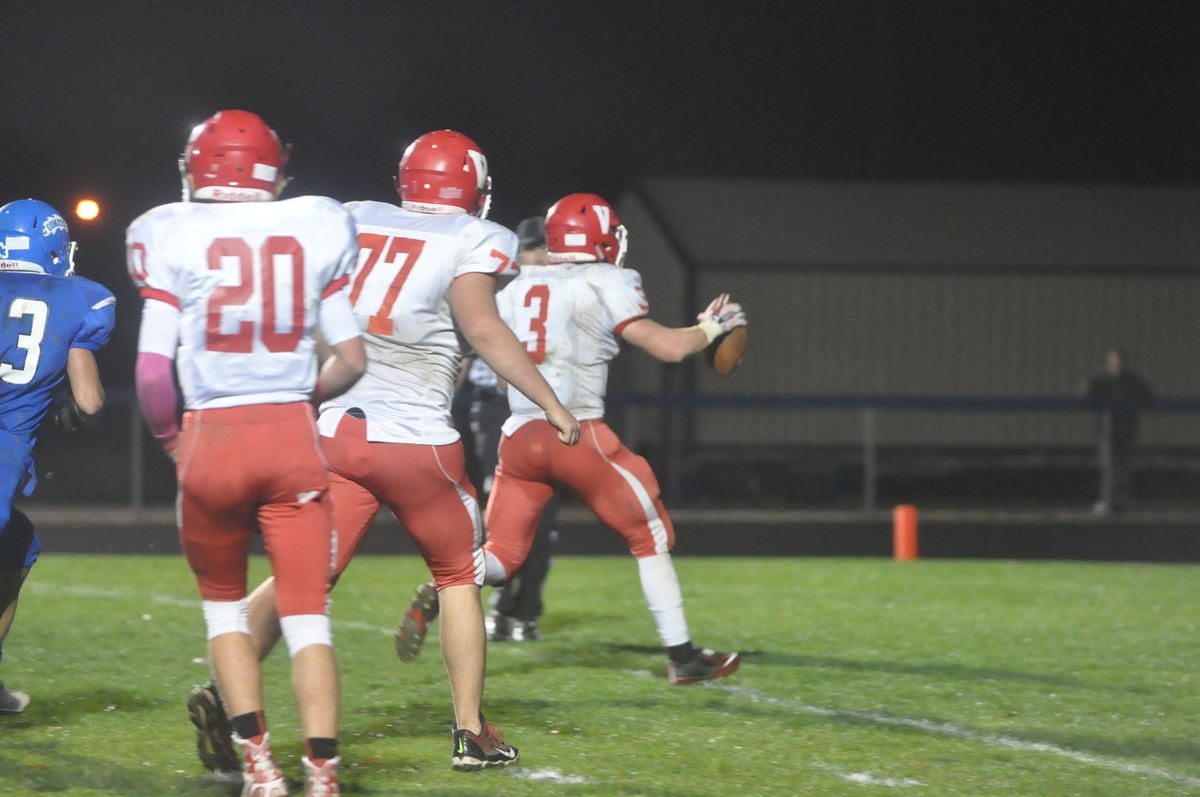 Bobby Bradley (3) trots in for an 11-yard touchdown early in the first quarter Friday night, with Kendrick Woolsey (77) and Richie Well (20) trailing . 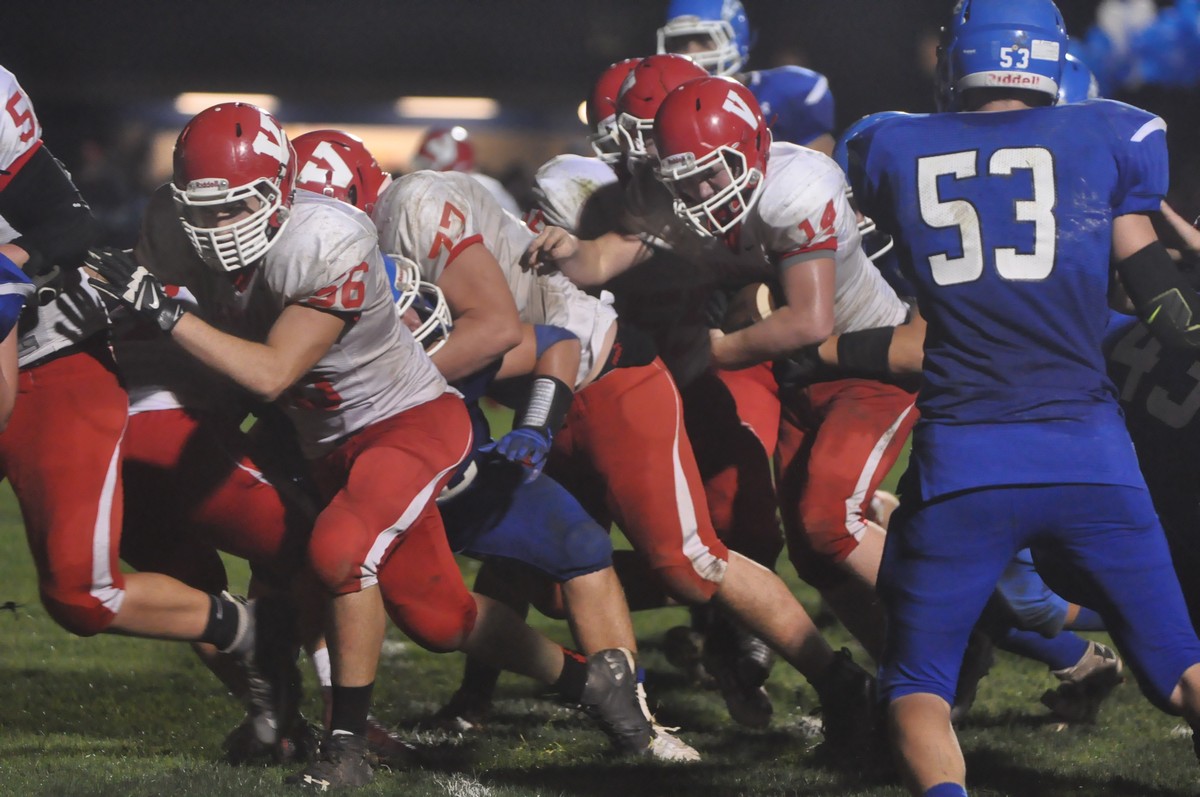 Garrett McNary (14) pushes Kendrick Woolsey (77) and the rest of the pile up the middle Friday night. 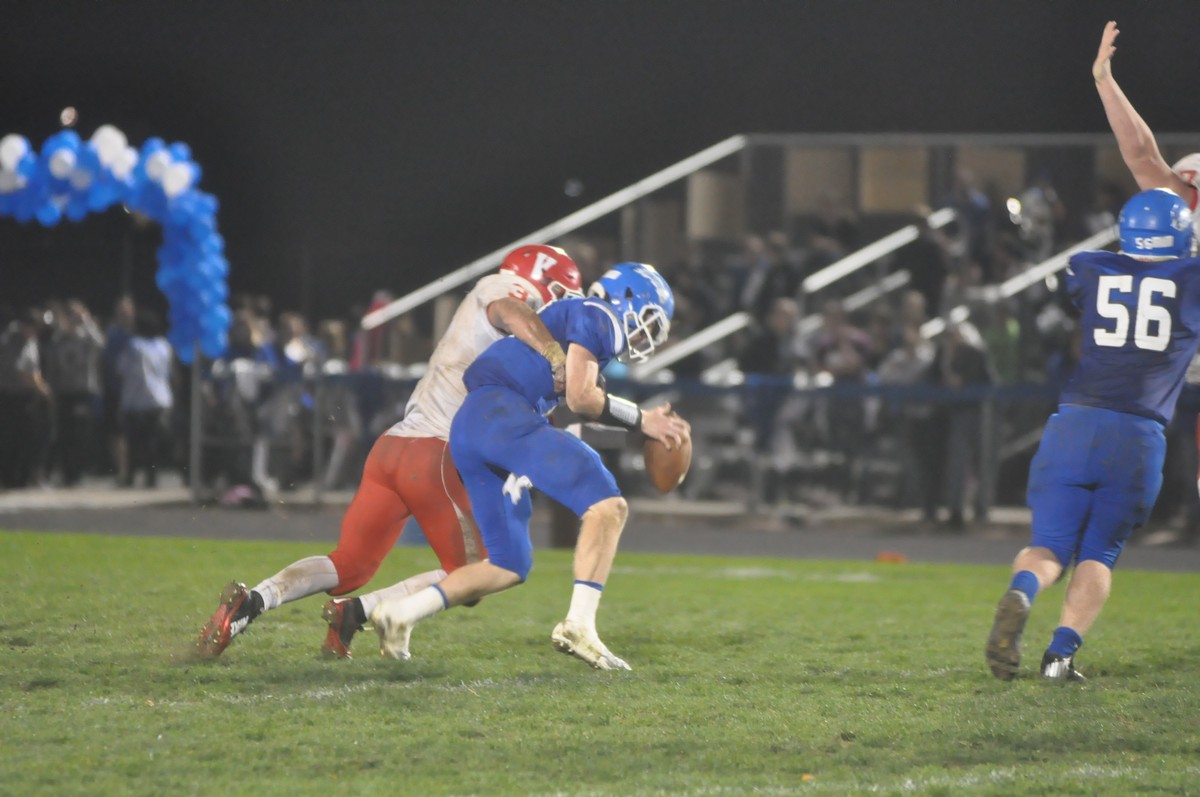 Bobby Bradley brings Ryan Hutchinson down for a sack in Friday night’s 50-49 loss.