ST. ELMO- Gabi Moore and the rest of the St. Elmo/Brownstown volleyball squad’s aggressive offense proved to be too much for Egyptian-Illini Conference foe Ramsey Monday night.
“We served well, served aggressively and had the opportunity to run some offense that worked out well,” SEB head coach Elise Asher said.  “They single blocked us so we were able to get some good hits down.”
SEB only trailed Ramsey twice in the 25-16, 25-3 match win. Once in the first set with the Rams coming out to a quick 3-0 lead and again in the second set, a quick 2-1 lead.  Both Ramsey leads were short lived.
“I felt like we were a little rusty starting off since we hadn’t played since Thursday,” Asher said.
However they would shake off that rust quickly.  Senior Sarah Maxey was able to take back a 6-3 lead in the first set, thanks to a couple of reception errors from Ramsey.  SEB would not surrender the lead the remainder of the first set en route to a 25-16 win.
The second set started off back and forth very early on, until Gabi Moore took over. She started serving with the set tied 3-3 and didn’t look back, leading the Eagles to a 25-3 set win. Moore picked up a team-high eight aces during the impressive 23-0 run.
“She took the ball when it was 3-3 and served it out. She’s an aggressive server and an intense competitor,” Asher said. “She just took the ball and ran with it.”
The win propelled SEB to 6-5 and 3-0 in EIC play.
Stats- Kandice Beshel, 1 dig; Emily Bone, 7 kills, 1 ace; Madison Carson, 2 assists, 1 dig; Brandi Howard, 2 kills, 1 block; Jenna Long, 1 ace; Sarah Maxey, 16 assists, 1 ace, 2 digs; Gabi Moore, 8 kills, 8 aces; 2 kills, 1 ace, 2 digs; Sydney Moss, 1 dig. 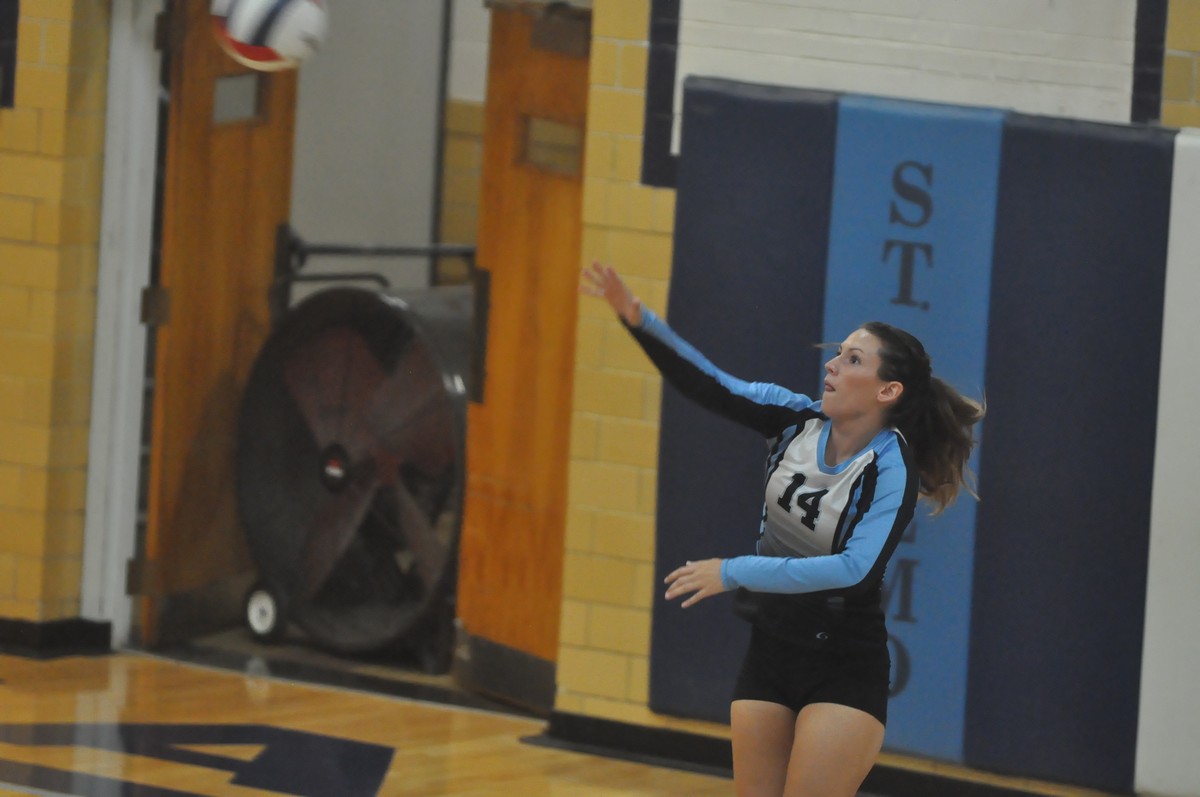 Gabi Moore serves the ball during a 23-0 stretch in the second set Monday night. 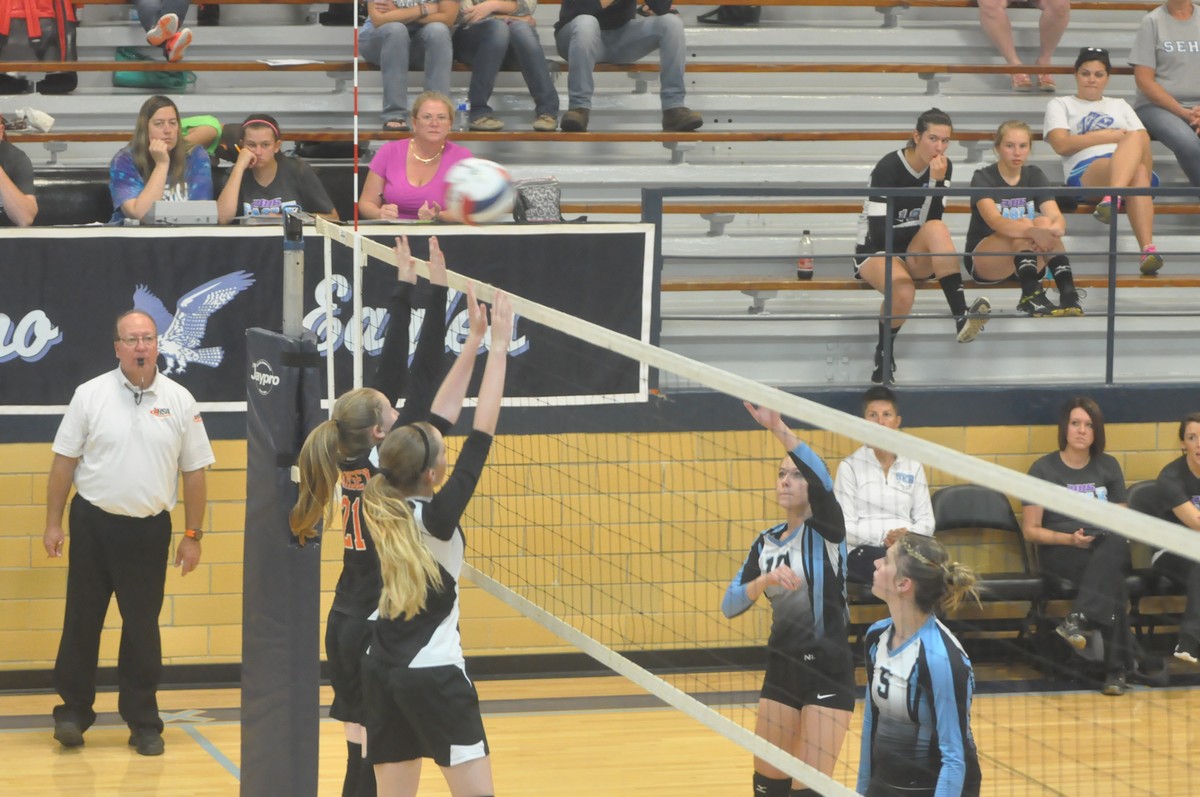