Brownstown- It was game marred with controversy Tuesday night as Brownstown/St. Elmo fell to Windsor/Stew-Stras, 13-10, in game called due to darkness in the seventh inning.
"It was tough to handle that," BSE head coach Ryan Beccue said. "Never give up, that's what we tell them everyday. We were down 11-1 and we chip away, chip away, chip away, and then to say it's too dark – I don't really agree with it, but it is what it is."
That was not the only controversy in the game. BSE starting pitcher Landon Feezel was ejected in the bottom of the fourth inning for running into the WSS catcher.
"I didn't agree with the ejection," Beccue said. "I don't think you can block the bag 15 feet away from it. It's too bad that one of our players has to miss a game over something like that."
BSE found themselves behind 11-1 after a WSS nine-run third inning, but that wouldn't stop them from making it competitive. BSE was able to cut the lead to 11-7 after two straight  three-run innings thanks in part to doubles from Issac Maxey and Cole Horner.
The Bombers' comeback was halted at 13-10 where the umpires called the game in the top of the seventh inning due to darkness.
However, sloppy defense was also to blame in the Bombers' loss, finishing the game with five errors.
"We lost this game ourself. We have no one to blame," Beccue said. "That third inning was awful. We're better than that. I keep saying were better than that, but we have to show it."
The loss pushes the Bombers record to 3-7 on the season and 1-4 in NTC conference play. 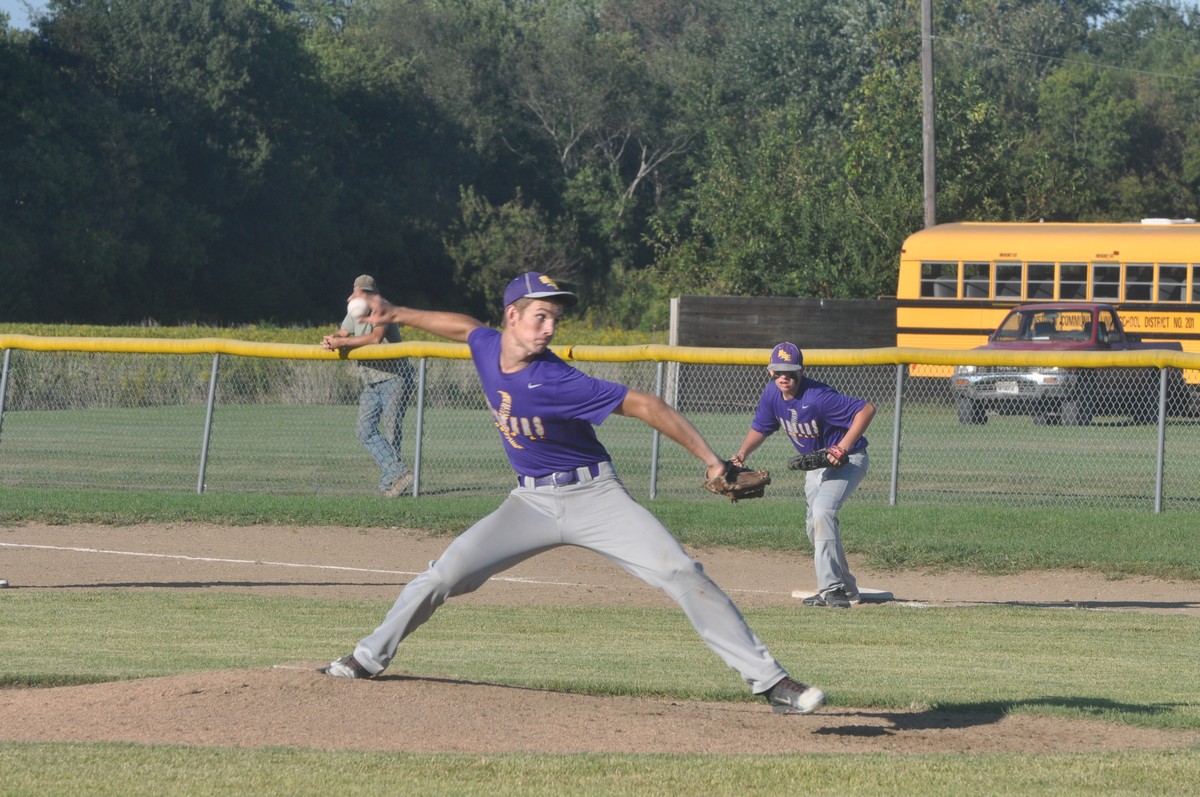 Landon Feezel was tagged for the loss for Brownstown/St. Elmo Tuesday night.