“Awesome”
That’s exactly how the new Lady Vandals volleyball head coach Amanda Walton described receiving her first win, leading her team to a 2-0 sweep over St. Elmo/Brownstown.
Walton replaces head coach Allison Hall, who led the Lady Vandals to a regional title in 2012, leaving big shoes to fill.
While the Lady Vandals picked up a sweep over St.Elmo/Brownstown last Thursday night, neither set came easy.
The first game required a comeback, as the Vandals saw themselves trailing, 15-21. However, the experienced squad was able to hang in and bounce back to win the set, 25-22.
The second game was just as competitive, with four different lead changes and three instances where the game was tied. However, the Lady Vandals were able to secure a 17-16 lead that they did not relinquish en route to a 25-22 set win, capturing the season opener 2-0.
While Walton was happy with the win, she insisted that her squad will have to improve its serving when taking on future opponents.
The Lady Vandals did not fair as well in their second match of the season, falling 0-2 at Staunton Tuesday night. 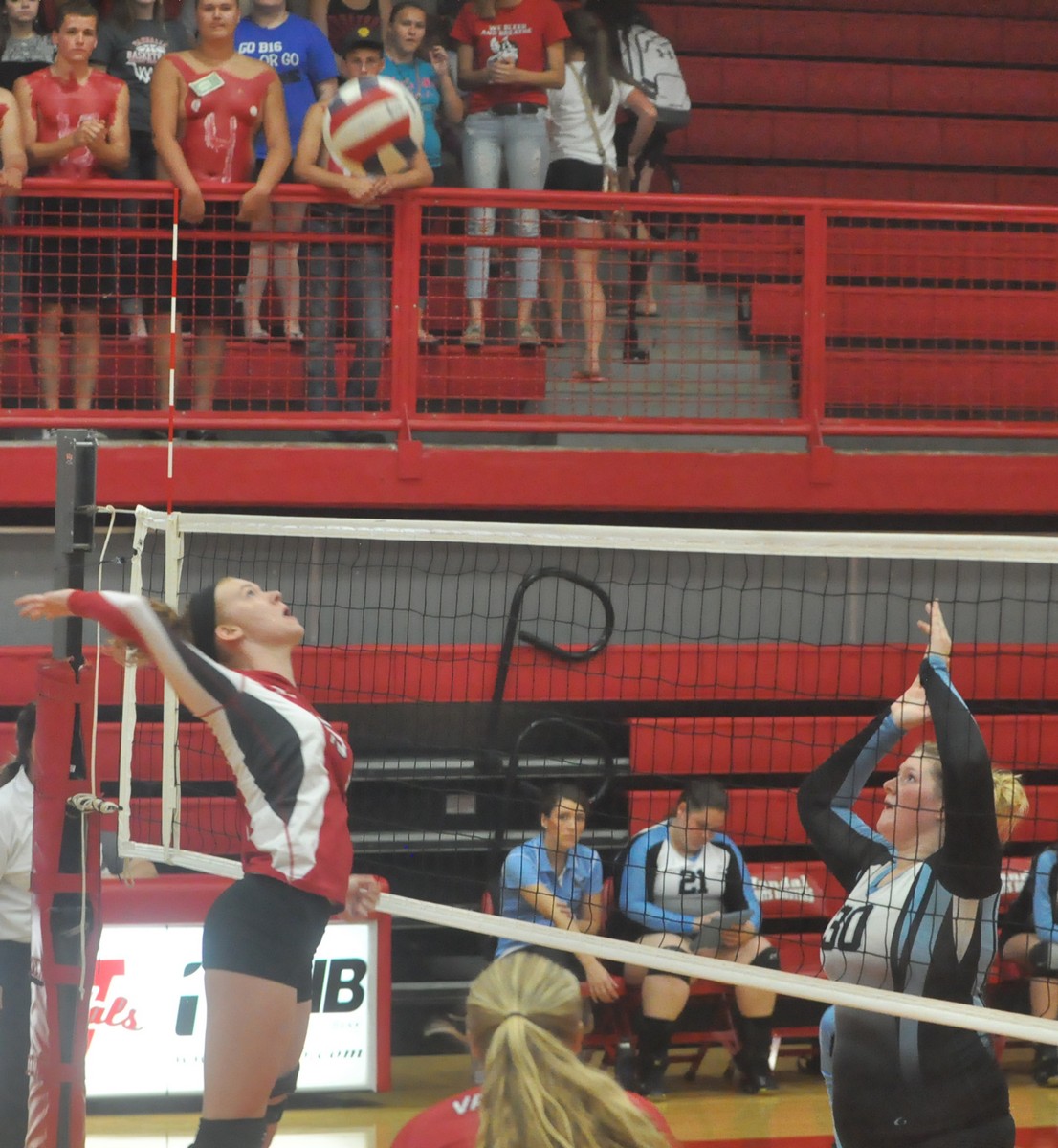