If the 24 men who canvassed fields throughout Fayette County last week were on target, and they traditionally are, county farmers can expect pretty good corn and soybean yields this fall.

Those men made up six teams that traveled throughout the county for the annual crop survey held by the Fayette County Farm Bureau’s marketing committee.
For the corn crop, the average yield for corn produced through the survey was 176.14 bushels per acre, according to Stephanie Kraus, county Farm Bureau manager.
Samples gathered by the six teams ranged from 118-242 bushels per acre, Kraus said.
This year’s corn yield estimate compares to last year’s average of 157.42.
The average yield number for soybeans was 45.67, with samples ranging from 30-68 bushels per acre.
The soybean average is also up over the 2013 figure, 38.4.
“Overall,” Kraus said, “the survey results showed that there should be some really good yields this year.
“But,” she said, “the range of yields will be very wide.
“Both the high and low for soybeans were recorded in the same area of the county,” Kraus said.
Fayette County farmers can expect to see yields like those estimates from last week, based on the past performance of crop survey teams.
Over the past 30 years, the average survey yield for corn has been 121.02 bushels per acre. For that same period, the USDA average for corn was 115.98.
For soybeans, the crop survey teams’ average yield was 34.35 bushels per acre, while the USDA average was 34.46. 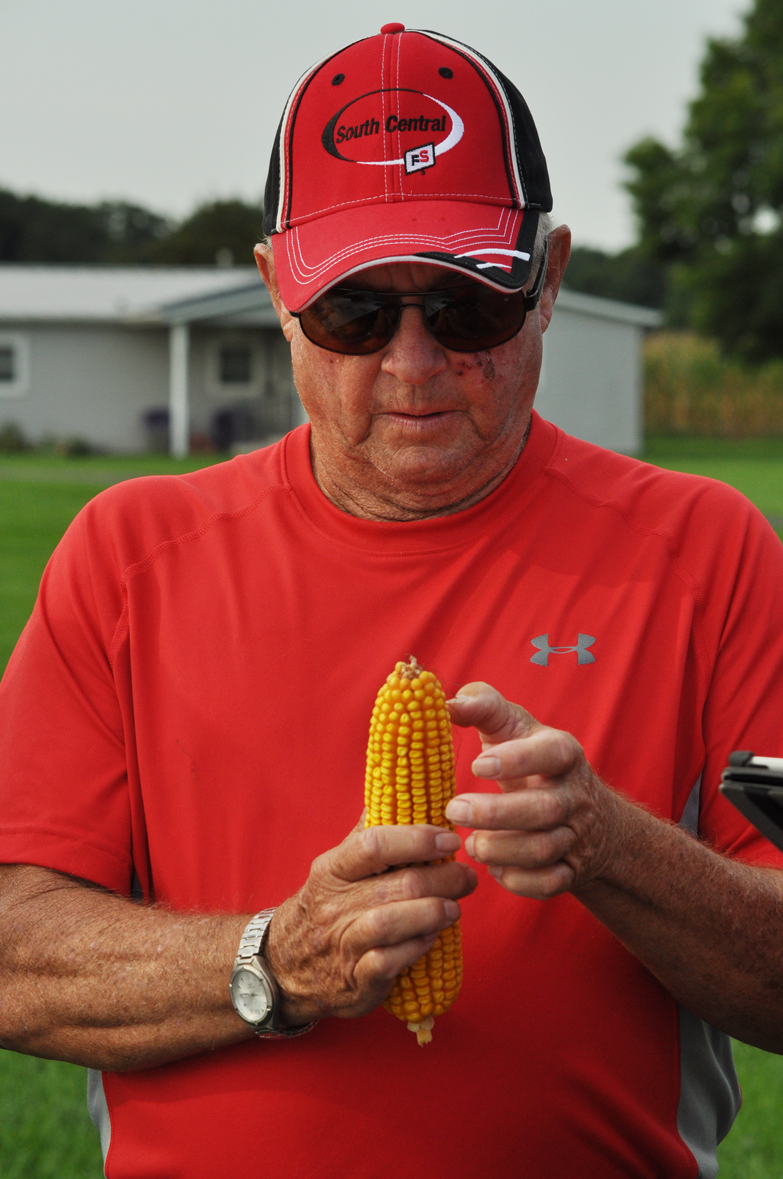 Mike Hagy counts rows of kernels in an ear of corn as his crop survey team estimates the yield in a field in the northern part of Fayette County last Thursday morning. 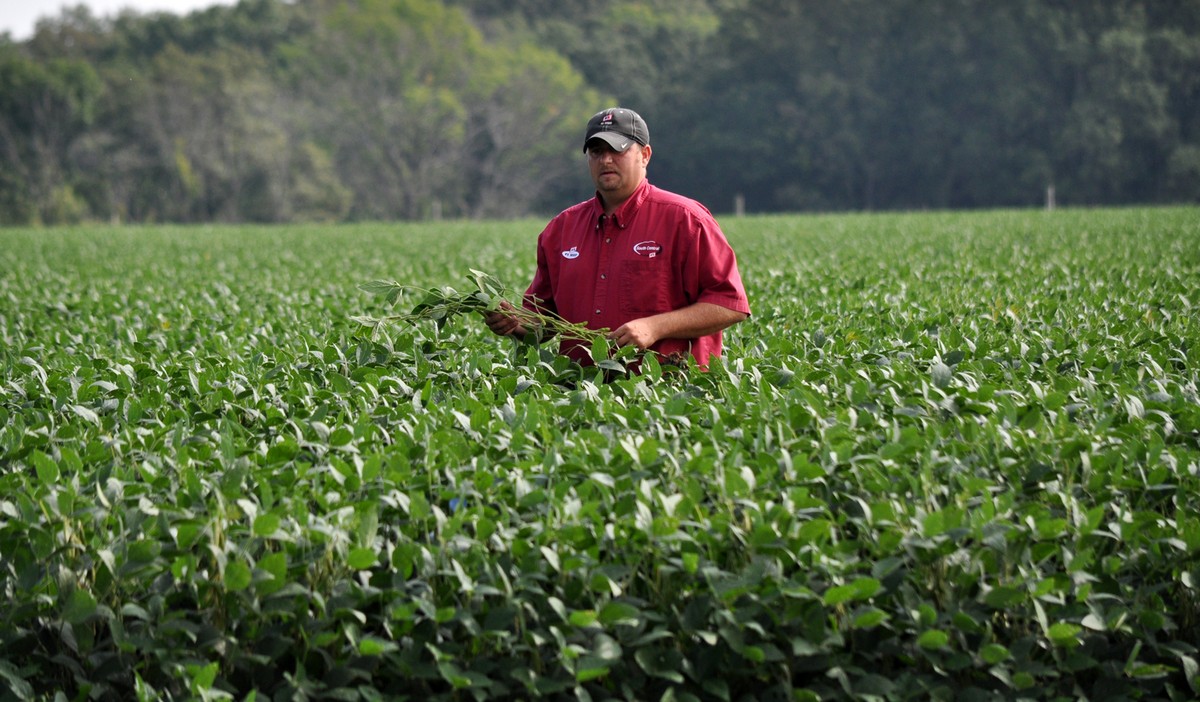 James Lurkins checks out a soybean in a field along Ill. Route 185 in the Loogootee area last Thursday morning as the Fayette County Farm Bureau’s marketing committee conducted its annual crop survey. 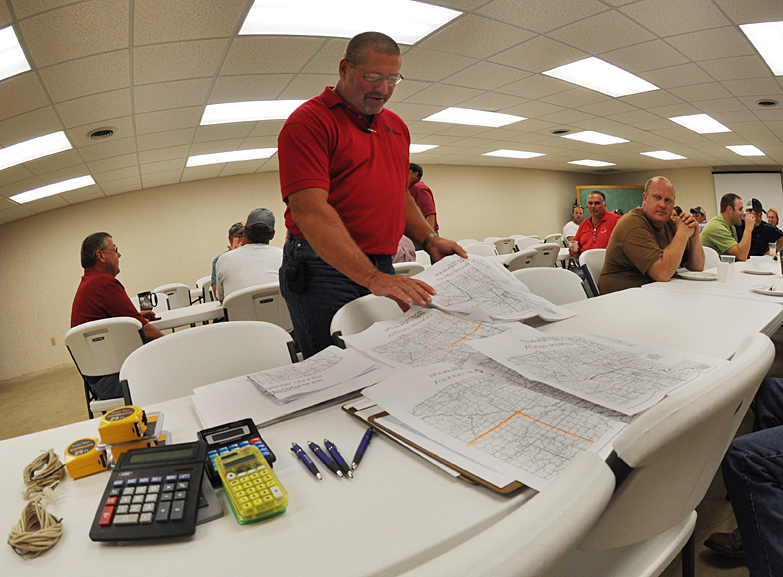 David Schaal, chairman of the Farm Bureau’s marketing committee, has all of the survey tools and maps ready to go for the 24 farmers, banks and agribusiness representatives who conducted the crop survey last Thursday morning.