VANDALIA – For the second straight season, Vandalia’s tennis team has a new coach.

Bill Blythe takes over control of the team from Dana Kern, who last season took over for long-time coach Kevin Schroeder, and he brings with him some familiarity with the current squad.

Blythe’s daughter, Hannah, will be a junior on the team, so the elder Blythe has been watching the team for the past two seasons, and has always wanted his chance to help the athletes learn the game.

“I’ve wanted to help the last couple of years, but haven’t been able to,” Blythe said. “I just really would like to help teach the girls the game of tennis; that’s the biggest reason.”

Blythe has been playing tennis since his early teenage years as a high school player in Creve Coeur, Mo., and has continued playing into his adult years.

He recently placed second in the Men’s 45 Division at the Saluki Open.

The Lady Vandals opened the season on Monday with a tough loss at Roxana.

After splitting the six singles matches, Roxana was able to pull out two of three doubles matches to earn the 5-4 victory.

Hannah Blythe had the best showing, with an 8-1 win against Sydney Owsley in No. 1 singles, and sophomores Gabby and Kiersten Dossett won at No. 4 (8-6) and No. 6 (8-3) singles, respectively.

In doubles, Kiersten Dossett and freshman Cassidy Jones teamed up for an 8-6 win in the No. 3 flight.

Senior Courtney Ulmer was forced out of her singles match due to the heat, allowing Jones to make her varsity debut in doubles play.

Rain interrupted Vandalia’s second match of the season on Tuesday, but the Lady Vandals earned a 4-1 victory at Shelbyville.

Despite just 10 players out for the team – including no freshmen – Blythe’s first squad has a solid core of players.

Hannah Blythe – a state qualifier as a sophomore – will be the No. 1 player, and seniors Courtney Ulmer and Nicole Wells, and sophomores Emma Meyer, Gabby Dossett and Kiersten Dossett likely will fill in behind her.

Wells bounced between the varsity and junior varsity teams, going a combined 1-1 in singles and 7-7 in doubles.

Hannah Blythe is the reigning South Central Conference singles champion, and should be in line to defend that title this fall.

And Bill Blythe would like to see some of the other athletes step up at the conference tournament, especially in doubles play.

“I don’t see any reason why, if we play to our potential, we can’t do well at conference,” he said. “I’d really like to see us do better in our doubles tournaments.” 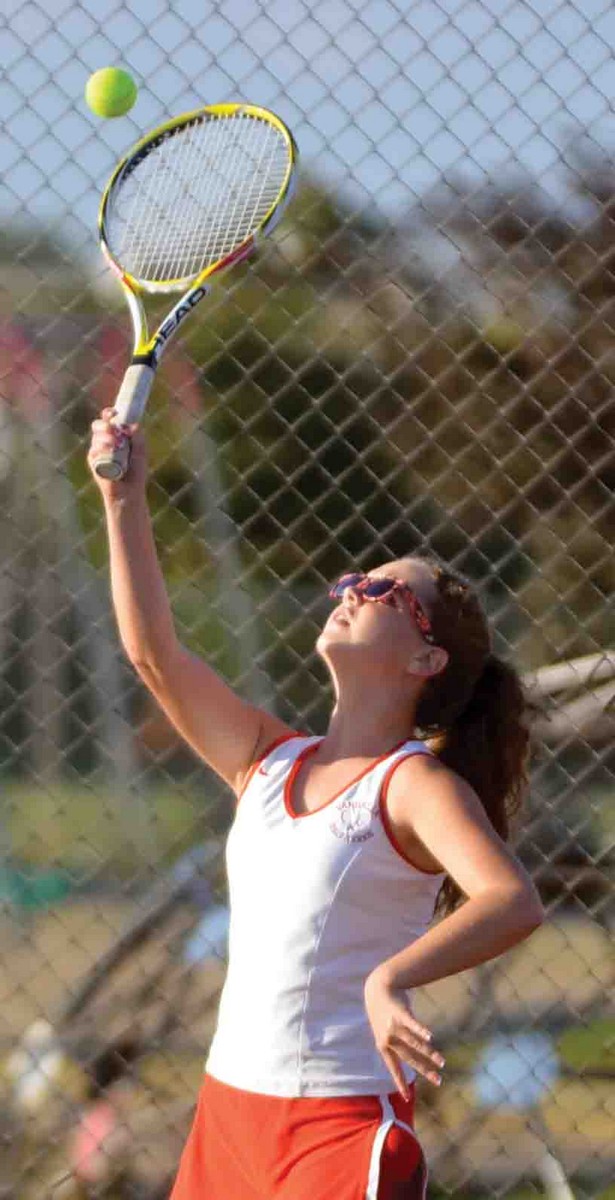