A Vandalia resident who has been in Scouting since first grade chose to help his church for his Eagle Scout project.

Bobby Bradley of Troop 401, a 16-year-old who will be a junior at Vandalia Community High School this fall, presented that project to Northside Christian Church earlier this month.
“I went to Carl (Rhodes, Northside Christian Church) and asked him what they needed,” said Bradley, the son of Steve and Lisa Bradley.
What the church needed was picnic tables. So, Bradley made two of them.
Bradley, who estimates that it took him about 50 hours to manufacture the tables, has garnered 24 merit badges as a Scout.
With that project complete, Bradley needs one more badge – for cooking – and to go before a Board of Review in order to become an Eagle Scout.
He will be following in the footsteps of his older brother, Jeff, who became an Eagle Scout two years ago.
The Bradleys’ father, Steve, has been their Scoutmaster for much of their Scouting careers. He was Bobby’s Scoutmaster for the first 10 of his 11 years in Scouting. 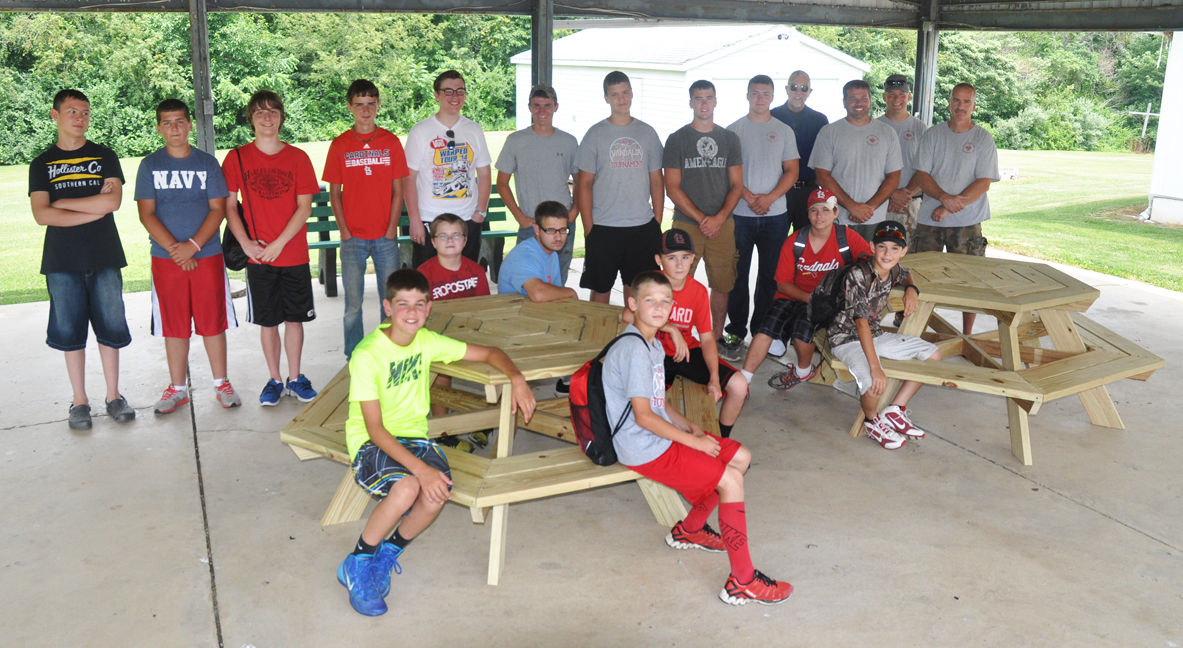 Bobby Bradley, fifth from right in back row, was joined by the other members of Boy Scout Troop 401 in presenting to Northside Christian Church the two picnic tables that he made for his Eagle Scout project. Also present were Bradley’s father, Steve, his former Scoutmaste