VANDALIA – Post 95 took a tough loss in the first game of Tuesday’s doubleheader against Breese.

Noah Murray had Vandalia’s lone hit and Breese had an eight-run first and a six-run fifth to take a 15-0 win.

Nic Hollenkamp retired 15 straight batters after Murray led off the bottom of the first with an infield single and Austin Hoehn drew a five-pitch walk.

Breese roughed up Vandalia starter Zeke Cassidy, who couldn’t make it out of the first inning after allowing eight runs on five hits, four walks and a hit batter. The first six hitters reached base and scored.

Jake Stewart stifled Breese through the middle innings, allowing just one run on three hits in the second-fourth innings.

But he ran into trouble in the fifth, when Breese posted eight hits to score six more runs.

Two errors in the inning proved very costly, as both directly led to a run, and the second extended the inning by three more batters, costing three total runs.

Vandalia will host Effingham in a makeup game on Friday, with the first game to count in the District standings.

Also scheduled is a doubleheader at Newton on Saturday.

Over the holiday weekend, Vandalia went 2-2 in the Greenville College Jr. Legion Tournament.

Zach Schaal struck out four and held Effingham to one run last Friday and three players had two hits, as Vandalia defeated Effingham, 5-1, in the first game of the Greenville College Jr. Legion Tournament.

Effingham’s run crossed in the fifth inning on two hits, a walk and an error.

Post 95 took an early lead, grabbing a pair of runs in the first inning. Noah Murray led off the game with a single, and Zeke Cassidy had an RBI single later in the inning.

Murray, Cassidy and Matt Rademacher each had a pair of singles, and Ryne Dangbar had an RBI double in the second inning.

Murray scored in each of the first two innings, and Dangbar later scored on an error in the second. Schaal walked and came around for the other run in the first.

In the fifth, Cassidy reached when the catcher dropped a third strike, and he scored on a single by Rademacher.

Post 95 scored four runs but had just one hit last Friday in a 13-4 loss to Urbana.

Noah Murray collected an RBI single in the fifth inning, with errors and wild pitches helping contribute to the other three runs.

Kendall Clavin was hit by a pitch and scored in the fifth, while Murray’s single scored Aaron Huber.

Urbana did most of its damage with a seven-run fourth, but scored in all but the fifth inning.

Noah Murray tied the game with an RBI triple, and Hoehn ripped a single to left to end the game, giving him two hits in the contest.

Teutopolis took a 2-1 lead in the top of the seventh, and Post 95 opened the bottom of the frame with two quick outs.

Jacob Linnabary singled and advanced on an error, though Murray’s triple would have scored him regardless.
Vandalia took a 1-0 lead in the first, with Hoehn walking and scoring, and Teutopolis tied the game in the fourth.

Ryne Dangbar earned the win from the mound.

Mattoon used a four-run fourth inning to break open a 3-1 game and continued on to beat Vandalia, 7-1, in six innings in the last game of the Greenville College Tournament.

Four hit batters came around to score for Mattoon, which also posted one run in the first and two in the third.

Austin Hoehn doubled in the inning, and also had a single for back-to-back multi-hit games.
Murray scored in all four games of the tournament. 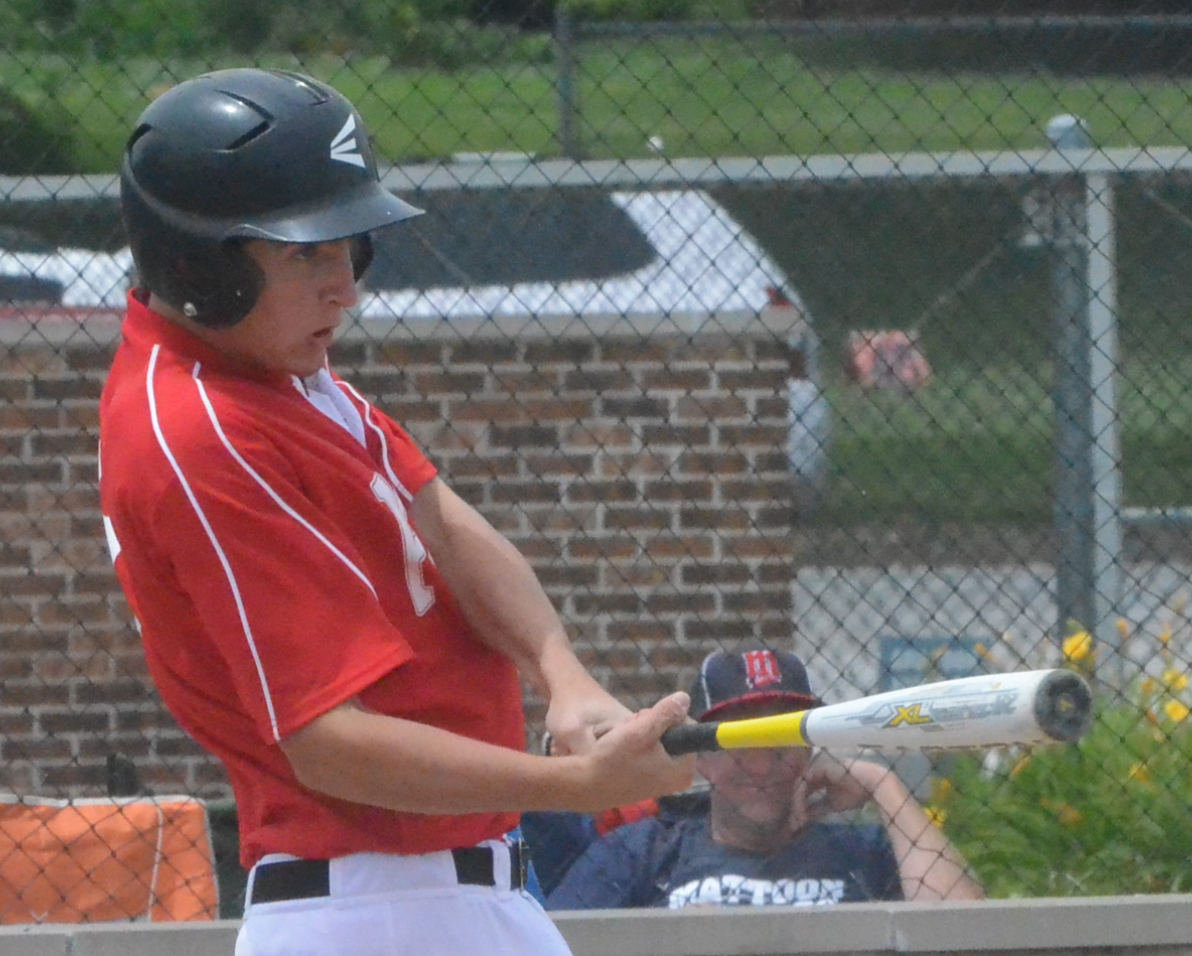