Vandalia will spend the weekend at the Greenville College Jr. Legion Tournament, playing two games this Friday and Saturday in the inaugural event.

Post 95 is in Pool A, and will face Shelby County at noon on Friday and take on Highland at 8 p.m. Both games will be played at Robert E. Smith Field on the campus of Greenville College.

On Saturday, Vandalia meets Teutopolis at 1 p.m. and Carlyle at 5 p.m., with both games at Greenville High School.

Winners of each pool will meet at 2 p.m. on Sunday at Robert E. Smith Field.

Teams in Pool B are: Effingham, Urbana, Altamont, Salem and Mattoon.

Games will be played on a time limit of 1:45, and there will be two run rules in effect: eight-run lead after 4½ or five innings, and six-run lead after 5½ or six innings.

Post 519 batters walked seven times in the third and fourth innings of a District game at Vandalia Mutual Field, and five of those hitters came in to score, as South Central earned a 10-2 victory after being swept by Vandalia the weekend before.

South Central completed the sweep with an 11-3 win in game two.

Trent Geiler earned the win for Post 519 in game one, tossing a complete game and striking out six. Jordan Sproat was the winner in game two.

Jace Wilkins and Dre Hill each had two RBI for South Central, which added its 10th run in the sixth.

Dangbar started well, striking out three of the first six batters. He had five strikeouts in the game, and Dawson Enloe tossed three innings of one-hit relief to close out the game.

Matt Rademacher and Dangbar had an RBI for Vandalia (7-13), with Austin Hoehn and Michael Sloan scoring a run. 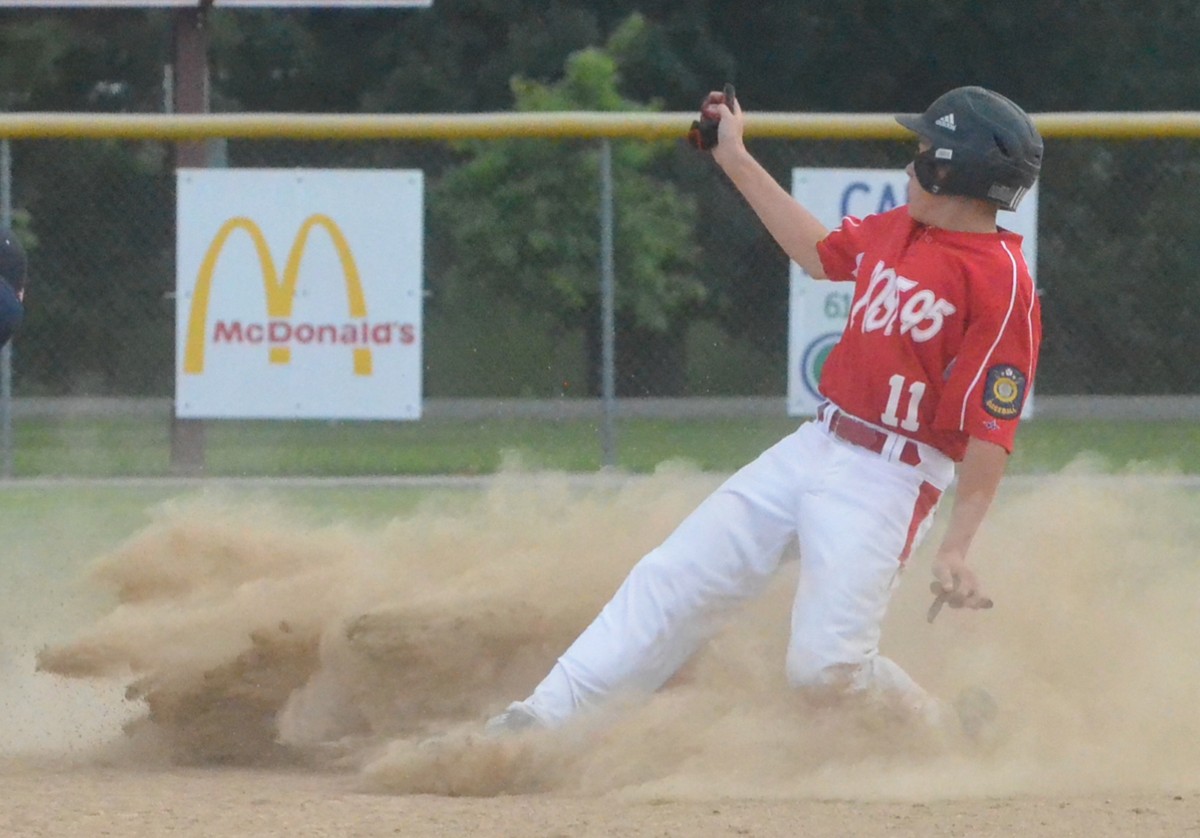 Vandalia’s Austin Hoehn pops up after stealing second base during last Thursday’s loss to South Central. 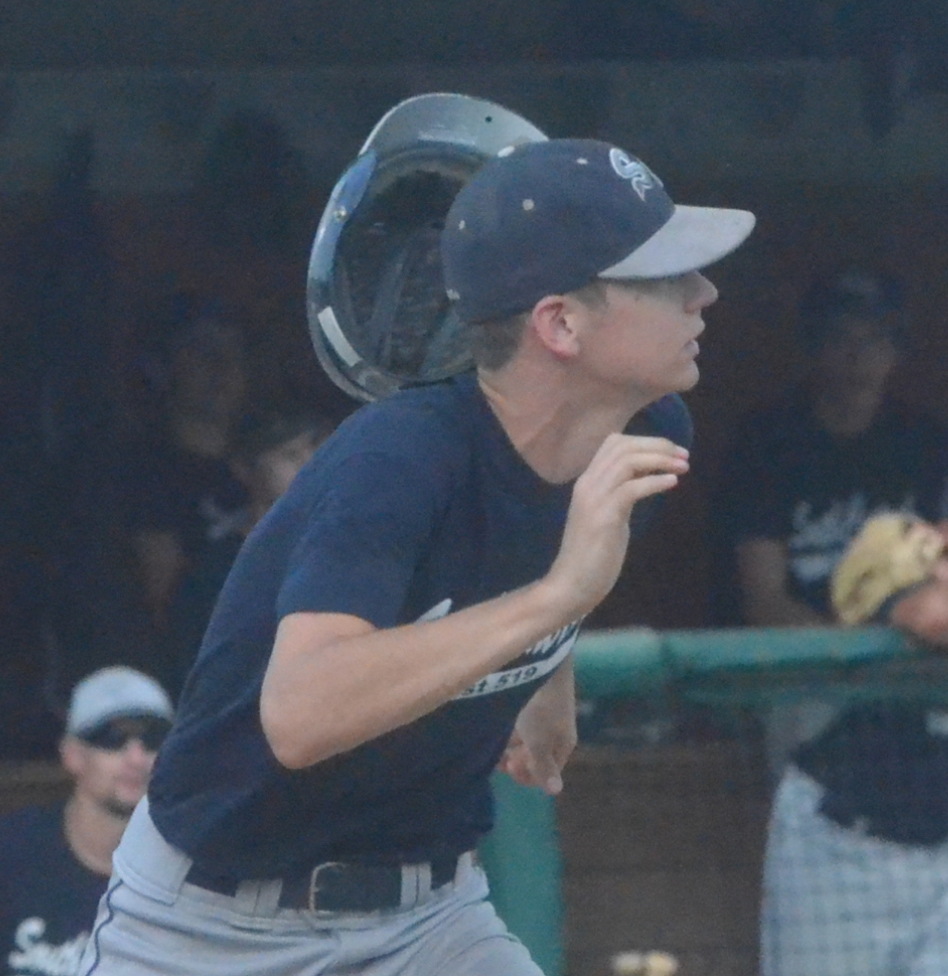 South Central’s Brett Harmeier loses his helmet while sprinting out of the batter’s box during last Thursday’s win at Vandalia.