Coming into the Illinois High School Association state preliminaries with the 23rd-fastest sectional time, the Lady Vandals shaved off more than a second from that time to finish 13th.

Illini West was the state champion, finishing in 48.99.

Meyer and Paslay also participated in five other individual events at the state preliminaries, putting up respectable performances in their state debuts.

Both of those times were about two seconds short of the finals, and put her in 17th and 15th, respectively. She came into the prelims ranked 15th in the 800 and 21st in the 400.

Meyer had a disappointment in the pole vault, clearing 9 feet, 6 inches. She needed to get to 10 feet to make the finals.

She came in as the No. 5 seed with 9 feet, 9 inches, but the competition stepped up at state, as 11 vaulters cleared at least 10 feet.

From the pole vault, Meyer rushed over to the 100-meter dash, and improved her sectional time by sprinting the straight-away in 13.01 seconds to finish 23rd. She was seeded 30th.

The state champion was Tremont senior Amelia Glueck, who ran a 12.29.

In the 200-meter dash, Meyer finished in 27.63 seconds, which was slightly faster than her sectional time. 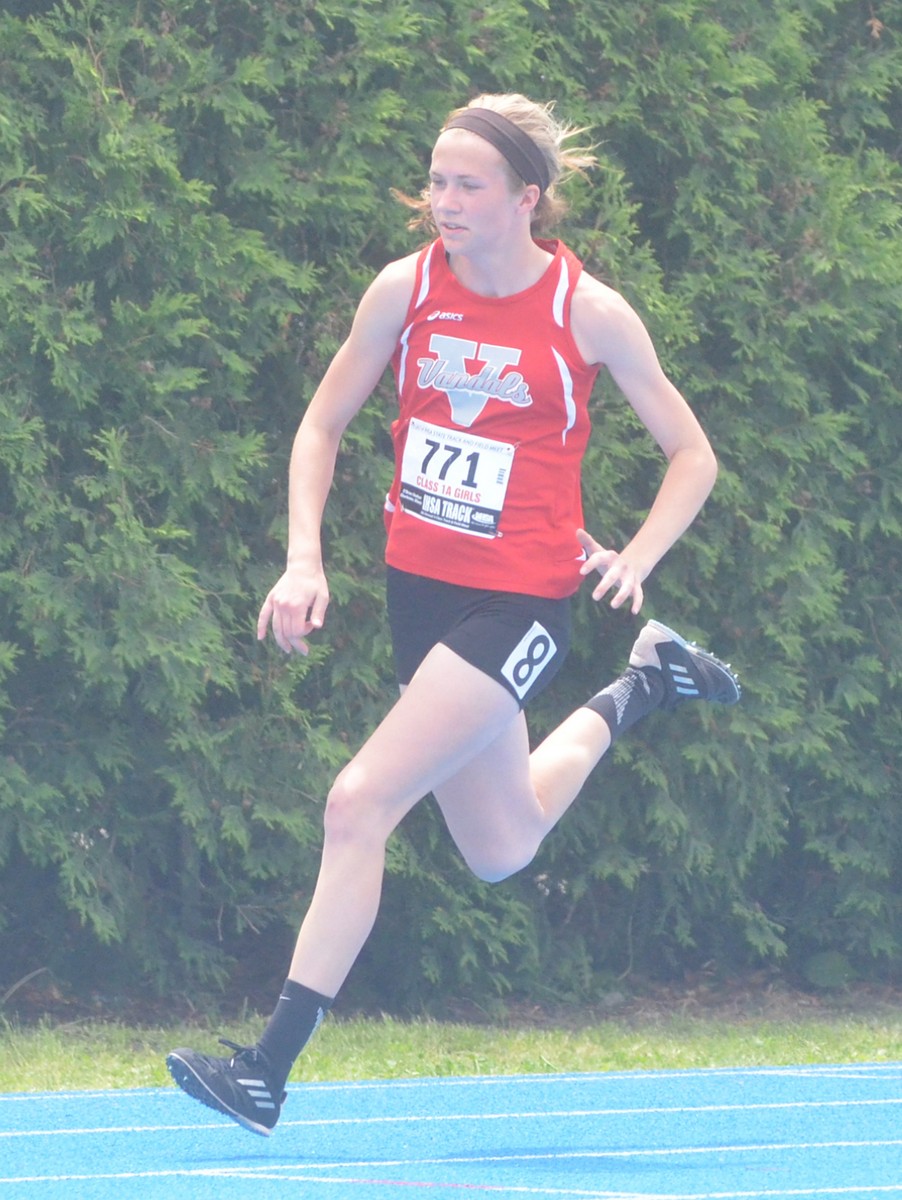 Sophomore Jalea Paslay takes off in the 400-meter dash.