ALTAMONT – Junior Baylee Scholes has been a mainstay in the pitcher’s circle for St. Elmo/Brownstown the past two seasons, and she wasn’t going to let an illness stop her from making her final start of the spring.

Though, it was looking questionable until the day of the game.

Scholes had just enough health to give the Lady Eagles six gritty innings of pitching, but the offense sputtered in a 6-1 loss to Windsor/Stew-Stras in the semifinals of the Altamont Regional.

“She pitched excellent for having not felt for well for over a week,” said SEB coach Megan Burrus. “When I talked her dad last night, I asked if she could play, and he said, ‘She said she is.’

“This morning, she had no more fever, but she felt pretty rough,” she said. “She came into to school at noon, got to go home afterward and rest up, but after every inning, she was doing everything she could to stay cool.”

Scholes recorded a pair of strikeouts, scattering eight hits and six walks to the Lady Comets, who will meet Altamont in Saturday’s regional championship game.

Sophomore Krystyn Fitch scored in the top of the first inning for third-seeded SEB (15-16), but the Lady Eagles would collect just two hits in the final five innings against SSW starter Kendall Knop, who struck out three.

“I expected it to be close, but we didn’t hit,” Burrus said. “Six runs allowed to that team is good.”

SSW, the regional’s No. 2 seed, beat SEB, 10-1, during the National Trail Conference Tournament, but the Lady Eagles earned an 8-3 win four days later in a regular-season game.

Junior Darby Moss singled to end her season on a five-game hitting streak. She recorded a hit in 24 of SEB’s 31 games. Also singling for the Lady Eagles were freshman Tessa Philpot and seniors Tiffany Austin and Bethany Oberlink.

Those two, along with senior Danie Austin, were SEB’s top leaders, and Burrus said replacing their positions of second and third bases, and center field, will be no easy task.

“Three tough kids,” she said. “They will be missed a lot. They get stuff done that you can’t just assume someone else is going to do.”

And while the sub-.500 record was worse than the team expected, Burrus said there were many positives during the season.

Some of those included winning the regular-season championship in the Egyptian-Illini Conference, placing fourth in the NTC Tournament, placing second in the Nokomis Tournament and going 4-2 in the NTC’s regular season.

“The record is what it is, but we were better than a .500 team,” Burrus said. “When we were ready, we were good. When we weren’t, it got ugly, and there’s a few games I would like to have back.

“It was a good, fun season,” she said. “First game to the last game was a team effort, and they know that.” 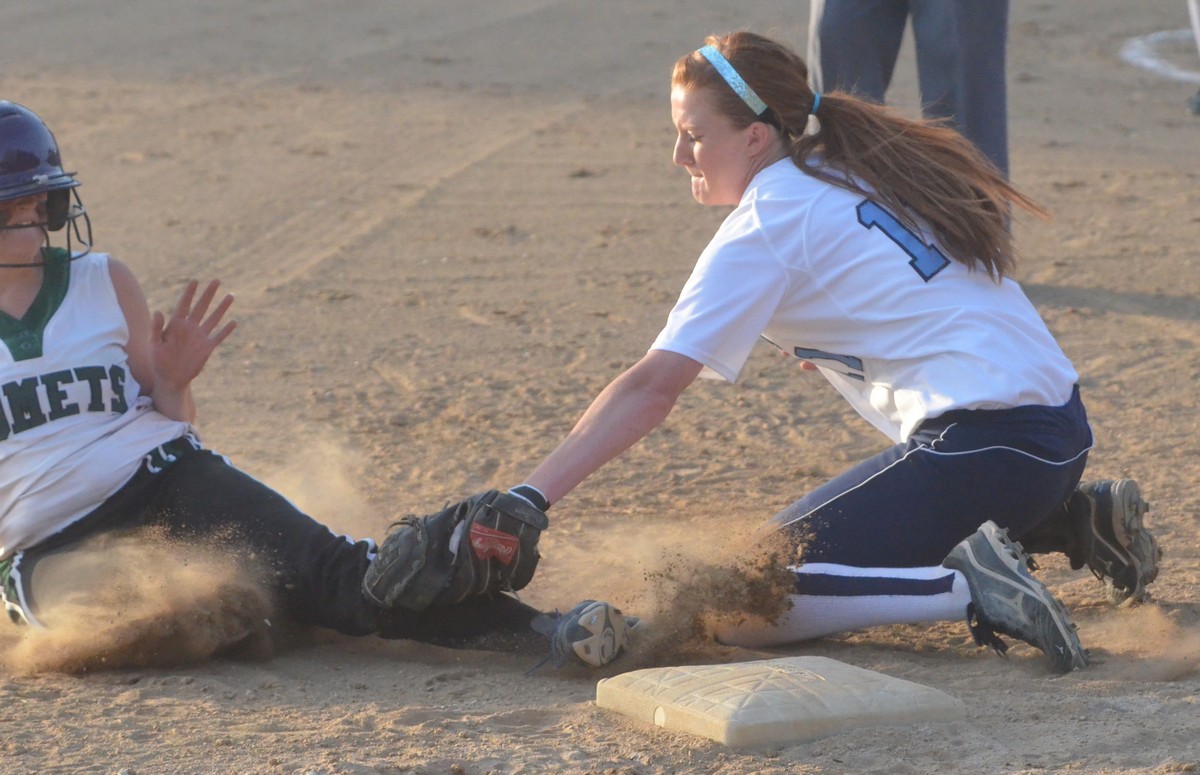 St. Elmo/Brownstown senior Bethany Oberlink cuts down a runner at third base to end the fifth inning of Tuesday’s regional semifinal loss to Stew-Stras/Windsor. 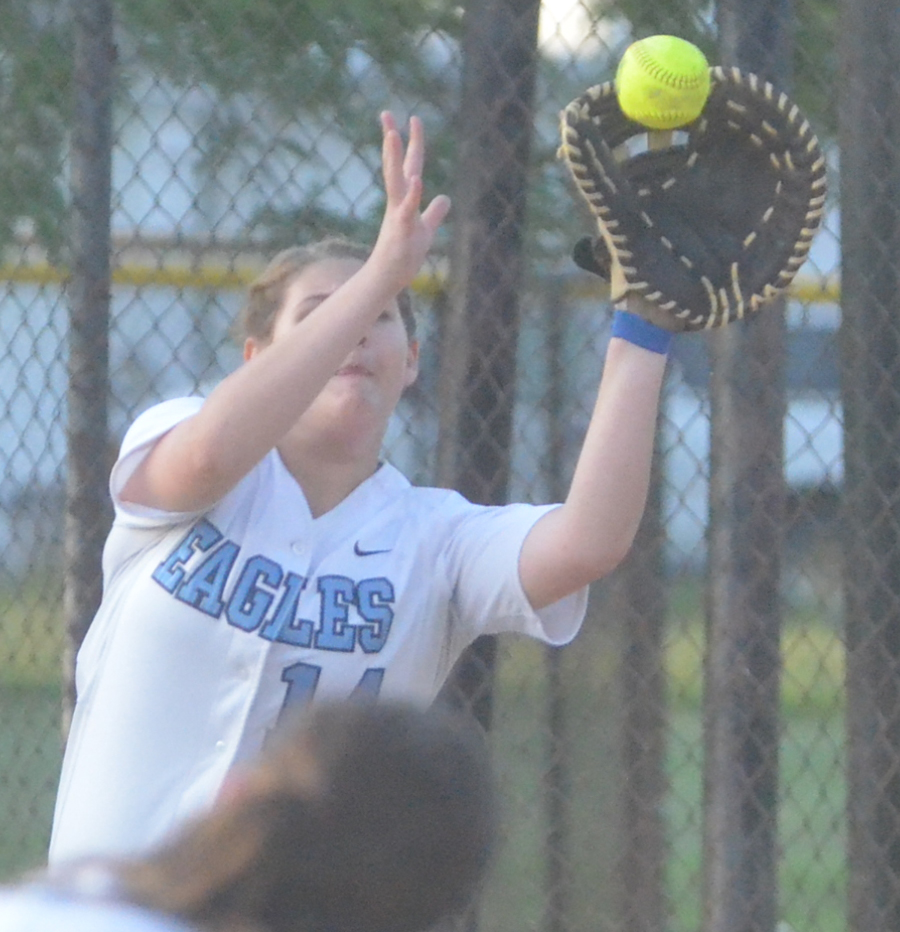 St. Elmo/Brownstown junior Stephanie Calhoun gets an out at first base in Tuesday’s regional semifinal loss to Stew-Stras/Windsor.