ALTAMONT – Patoka came into the spring seeking a regional championship, but with an 11-1 loss on Monday at Altamont, the road to that title got a little more challenging.

The Warriors have now lost to all four teams that will be in their regional, but coach Joey Eddy said his team intends to compete for revenge if selected as the bottom seed of the tournament.

“I told the guys, ‘Who cares? We’ll just have to play three games,’” he said. “We have the pitching and have the capability of doing that.

“We’ve seen every team, and know we can beat them, so they have to use that as motivation.”

Besides Altamont, Patoka has also lost to North Clay (5-1), Brownstown/St. Elmo (7-2) and South Central (2-0 and 8-7), and those five teams will convene at the Altamont Regional later this month.

Monday’s loss snapped a six-game winning streak for the Warriors (9-9), who had not been over .500 since winning the first game of the season.

Patoka uncharacteristically committed four errors in the game, most of them coming from the strongest defenders on the field.

“It was spread around. Guys who are typically stand-up defenders were making mistakes,” Eddy said. “We had won six in a row, so I don’t know if this was our letdown game, or what.”

Senior Clinton Hood led off the game with a single, and scored on an error to give Patoka the early lead, but two errors helped Altamont score three times in the second.

Hood singled in the third for Patoka’s only other hit, as Altamont’s Klaiton Wolff commanded his pitches to rack up 10 strikeouts.

“We let the strike zone get to us a little bit,” Eddy said. “There were two or three times where our guy disagreed with a low strike on strike two and then would strike out swinging at a high strike that probably wasn’t a strike.

“He changed the eye angle, and we got frustrated and chased some bad pitches,” he said. “We made him look really good.” 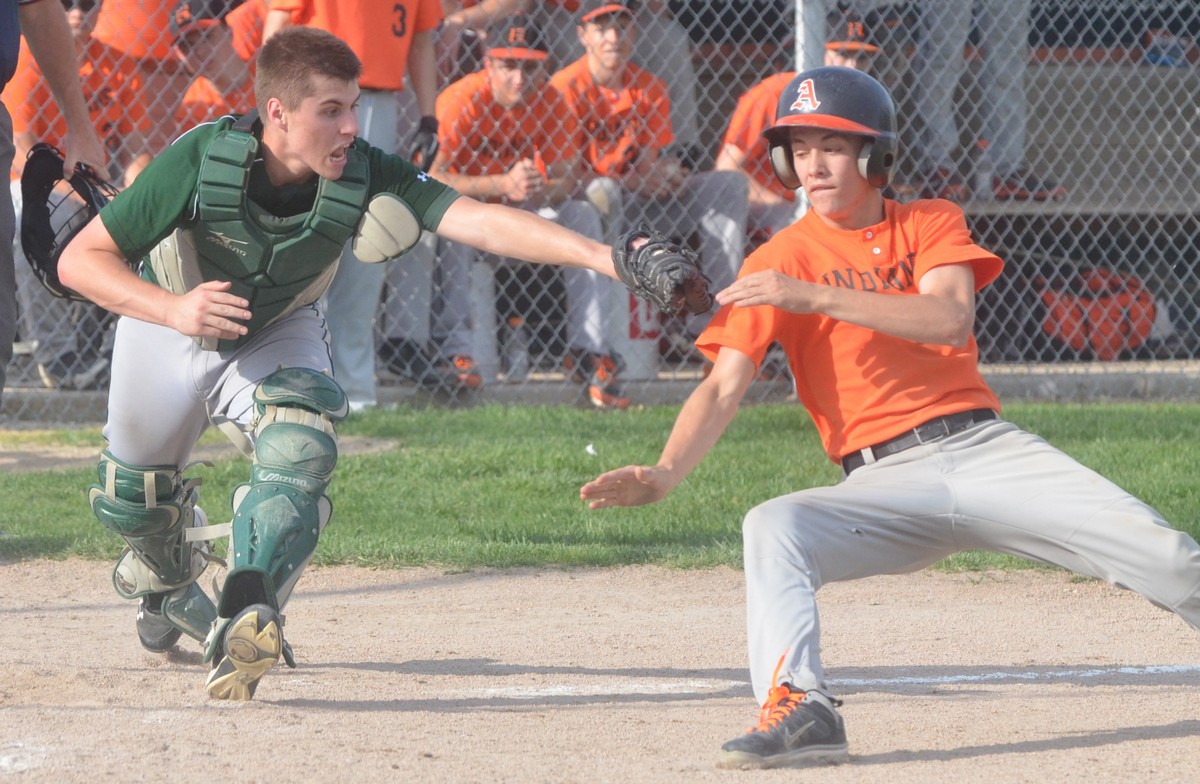 Patoka senior Seth Allen tags out an Altamont runner at home plate in the sixth inning of Monday’s 11-1 loss. 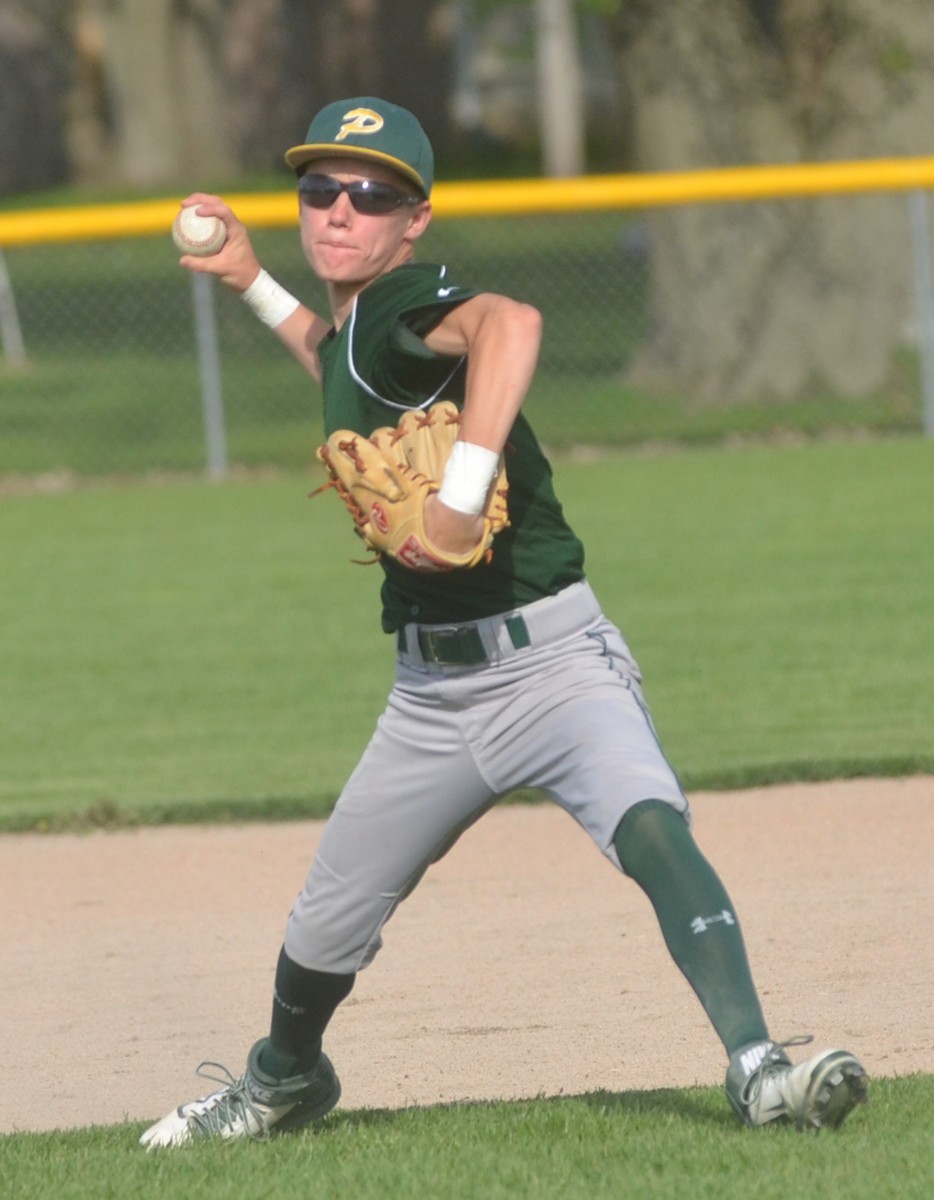