“I am ecstatic,” said coach Gena Nance. “These girls make a phenomenal team, because even more than athletes, they are great people.

“This is about where I was thinking we’d be,” she said. “This is what I was expecting.”

She was also the anchor for the 4X100-meter relay, which finished second in 52.75, nearly breaking the school record. The first three legs of the relay were run by Miller, freshman Madeline Cade and Paslay.

Paslay placed third in the 800 in 2:32, falling just short of the school record. She passed two runners on the second lap of the race.

Now, Vandalia will turn its attention to qualifying for the state meet.

The Lady Vandals have a home meet on Thursday, then will travel to the Staunton Sectional next Thursday, and the team is expected to have some state qualifers.

Both of Meyer’s sprint times are a fraction of a second short of the state meet’s automatic-qualifying time, and she has regularly exceeded the pole vault qualifying height of 9 feet, 3 inches.

The 4X100-meter relay team is about a second short of the qualifying standard, as is Miller in the 300-meter hurdles.

Paslay is about six seconds off the qualifying standard in the 800 and four seconds shy in the 400.

Prior to the sectional, the freshmen and sophomores will travel to Gillespie on Saturday for the SCC F/S Championships. 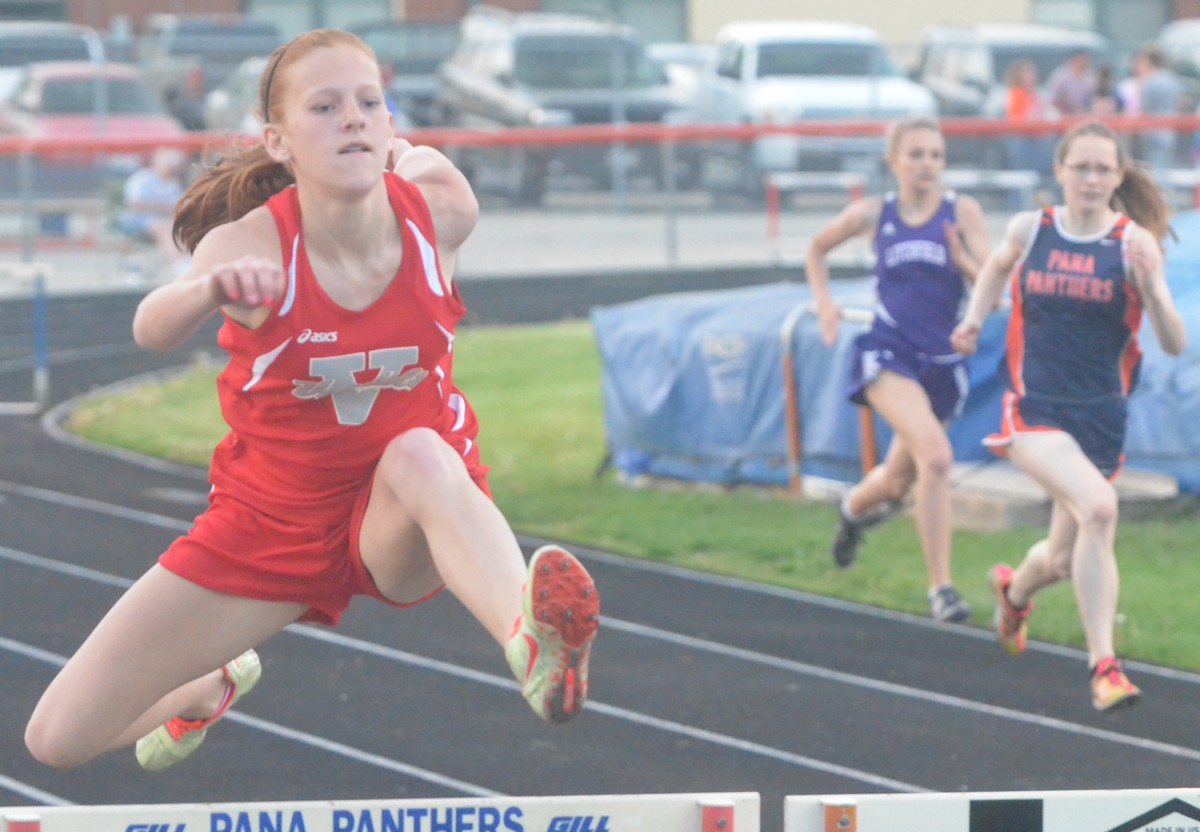 Vandalia freshman Anna Miller leads a pair of opponents in the 300-meter hurdles on her way to a fourth-place finish in a school-record time at Tuesday’s South Central Conference Championships. 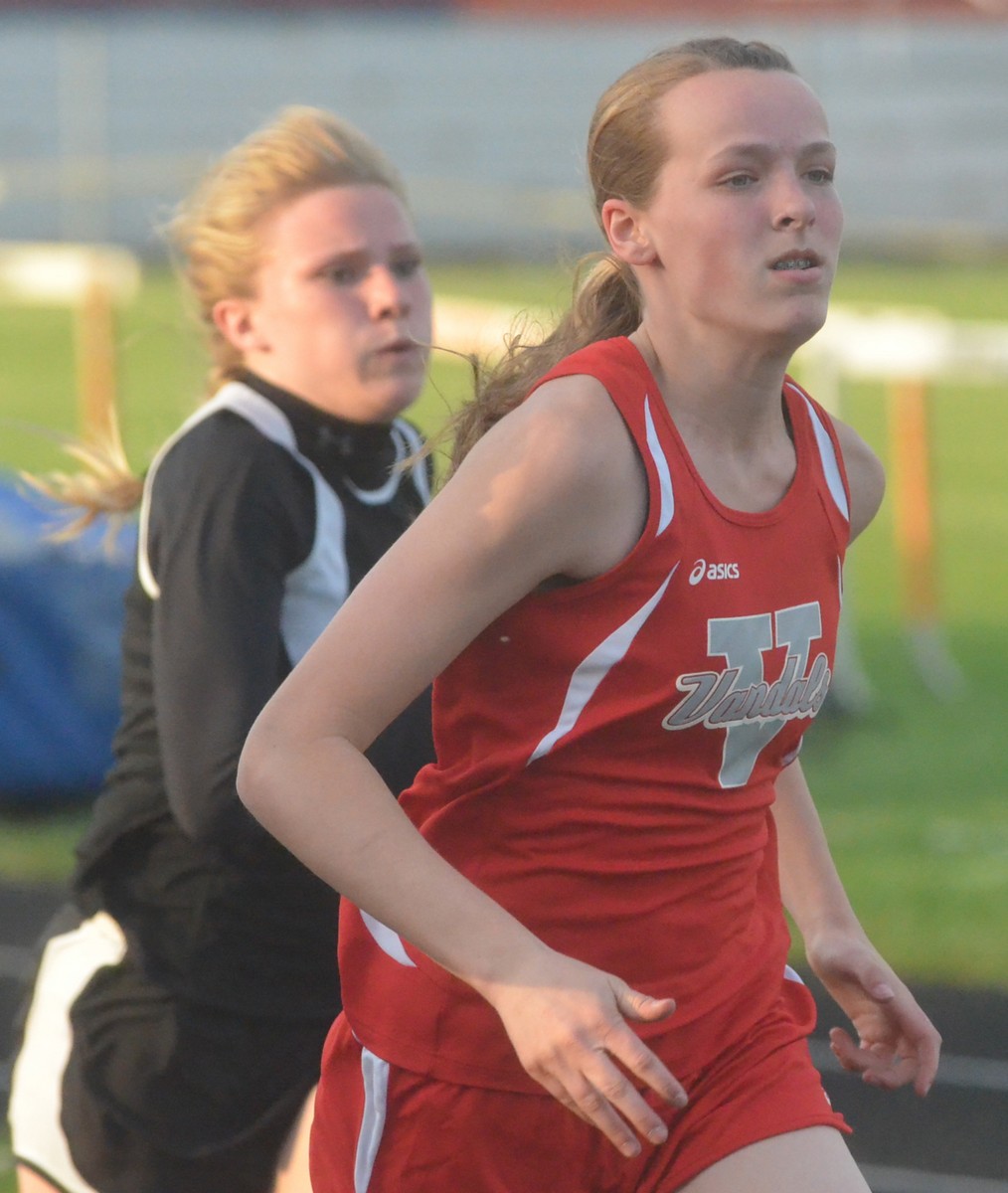