VANDALIA – In a defensive showcase that featured plenty of lackluster offense from both teams, the Vandals came away with a much-needed 37-34 win against Altamont.

But to do so, they had to overcome a lot of offensive shortcomings.

Vandalia committed 25 turnovers in the game, including 11 in the fourth quarter, and shot 39 percent from the field, but when it mattered most it was able to stop Altamont from scoring on its final three possessions.

“I really think that both defenses played very, very well,” said first-year Vandalia coach Brian Buscher. “Both (offenses) got a little sloppy, but we both played hard half-court man-to-man defense.”

The Indians only turned over the ball 10 times, but the Vandals made them count, scoring nine points off of those miscues. Altamont scored 17 points off of Vandalia’s turnovers.

Due to Altamont’s fast-paced offense, Buscher did not utilize a press defense, and it seemed to pay off, as the Indians made just 23.5 percent of shots from the field.

“From our end, I did not want to get in a situation where we were making mistakes early in the press,” Buscher said. “Our guys had to work their butts off and play half-court defense, and as the game went on, I realized there was no getting out of it.”

Scoring was especially hard to come by in the first half, as the Vandals held just a 13-10 advantage at the break.

They figured something out at the start of the third quarter, however, opening that period on a 12-0 run to take a 25-10 lead just three minutes into the second half.

“When we started setting good screens, it was the tip of the iceberg,” Buscher said. “We started seeing things, and in that little run there were some little things that may have been the difference in the game.”

But it almost became an afterthought.

Altamont cut the lead to eight by the end of the third quarter and opened the fourth quarter on a 9-2 run to leave the score at 30-29 Vandalia with 5:26 left in the game. Six of those points came off of Vandalia turnovers.

Back-to-back second-chance layups from senior Michael Wells put the Vandals back up by five at 36-31 with 3:06 left in the game, but they would not score again until there was eight seconds left in the contest and senior Leyton Godoyo made a free throw.

“We were up five, but kept making bad decisions on offense,” he said. “We needed to look for a good shot.”

Vandalia committed four more turnovers in that span and did not attempt a field goal.

The victory was big for the Vandals, though, because it would have been the second loss in a row in pool play, and Buscher said it could have had disastrous effects on his squad.

“Especially (bad) after not playing well last night (in a loss to Shelbyville),” Buscher said. “We had two starters fouled out (Wells and senior Tim Ritchey) and others had multiple fouls.”

Senior Aaron Harter led the game in scoring with 11 points, and Wells and senior Chase Woolsey each had nine rebounds. 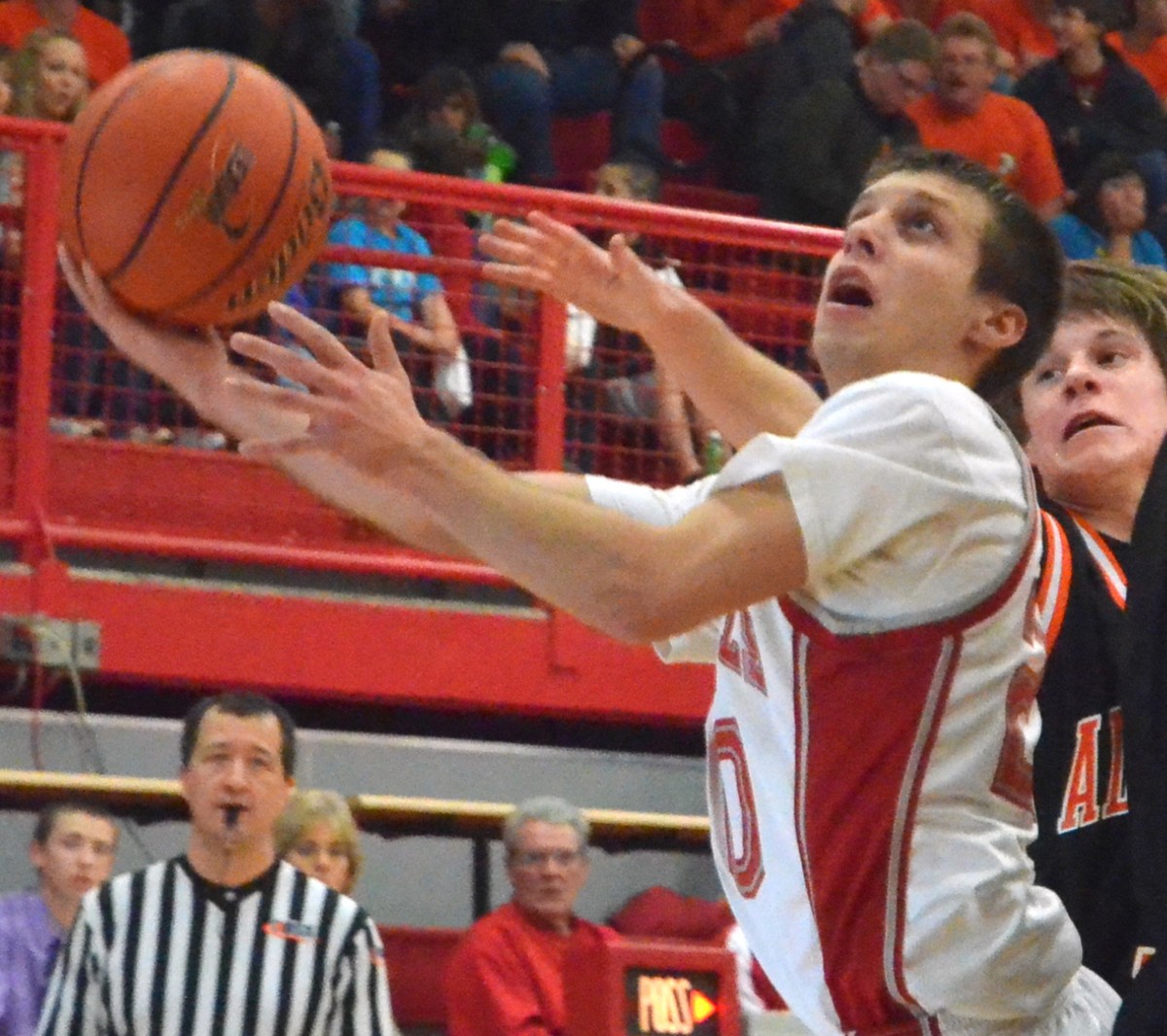