For the first time in seven years, the Brownstown High School girls basketball team finished at .500, with a 12-12 mark.

Five different players – each of the starters – led the Lady Bombers in scoring at least once, with seniors Abby Hill (11 times) and Kel-C Sefton (six times) doing it most often.

Senior Morgan Myers (four), senior Brooke Maxey (three) and sophomore Megan Maxey (one) were the others.

The starting five combined to average 43.1 of Brownstown's 46.5 points per game.

Losing four senior starters, along with Emily Petersen, will leave the Lady Bombers with a thin squad for next season, but there is some promise.

Freshman Molly Hill played well off the bench, scoring two points per game and grabbing nearly one steal per game.

Sophomore Savannah Feezel also played every game off the bench.

The Lady Vandals, meanwhile, were a very improved team, doubling their 2009-10 win total by posting a 10-16 record.

It'd be hard to double up again in 2011-12, but adding another five or so is a realistic possibility.

Vandalia will return leading scorers Haley Wollerman and Amber Bruno next season, and both players should have even more scoring opportunities because freshman Megan Godoyo will likely play point guard next season, which will open up more 3-point shots for Wollerman and Bruno.

Six-foot junior Hannah Edwards will once again give the Lady Vandals a strong inside presence.

The Lady Vandals will lose with seniors Amy Walton, who was a threat to do almost anything the team needed, and Megan Shreve, who was a key role player and leader.

At South Central, the Lady Cougars are in full-blown rebuilding mode.

The team lost a tremendous senior class a year ago and dropped from 18-7 to 4-17 this season. One of those wins, however, did come during the regional tournament.

Leading scorer, senior Ashley Pollard, was a big part of the limited success this season, and she will be sorely missed by the program. Haley Rambo also completed her career.

Juniors Alexis Phillips and Tori Logue will lead the way next season, and the current sophomore and freshmen classes in limited time showed that they can play at the varsity level. 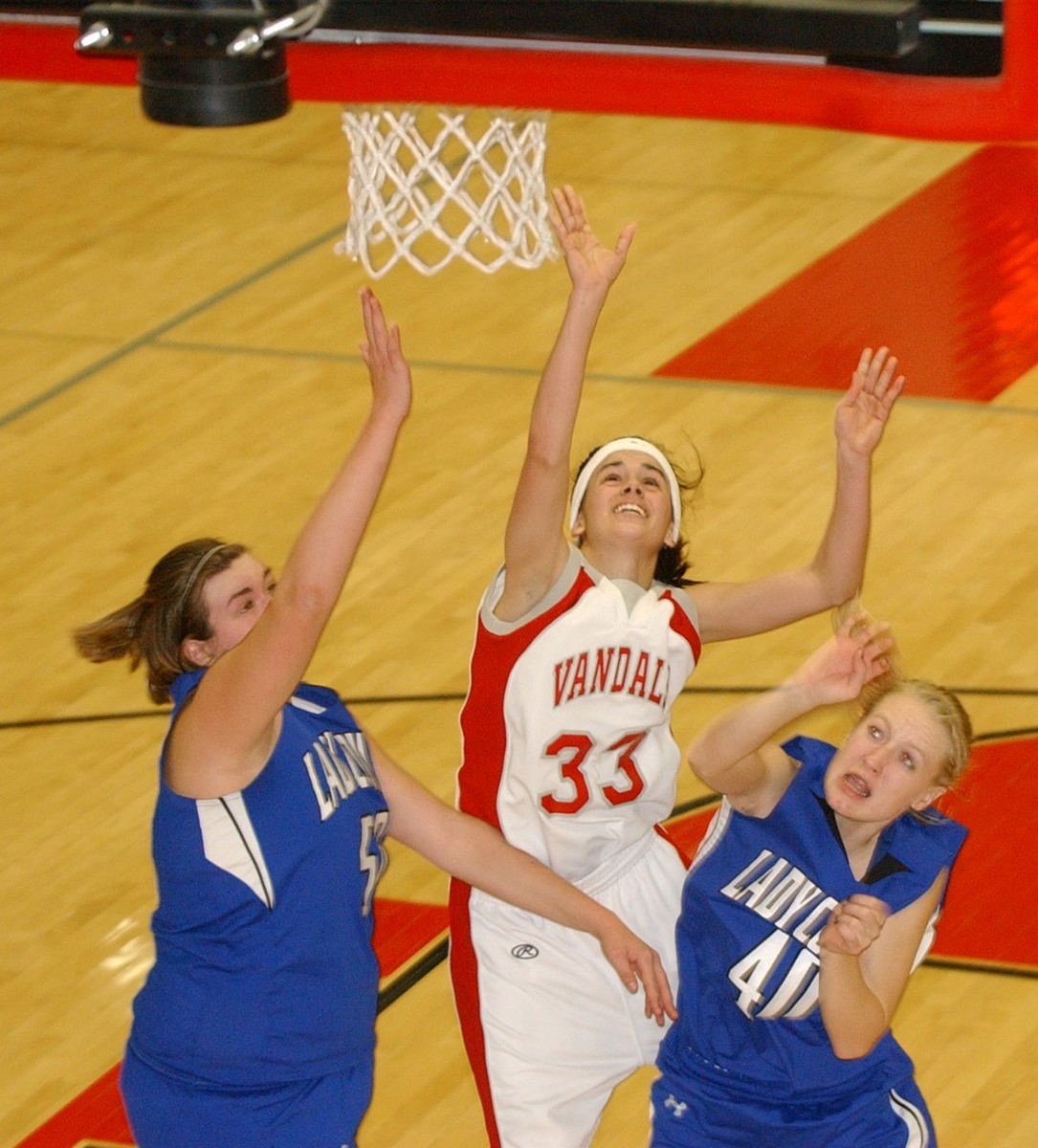 Vandalia junior Haley Wollerman was the team’s go-to player all season. Averaging 15.35 points per game, Wollerman led the area in scoring with 399 points, pushing her career total to 716. The shifty guard led the Lady Vandals in several other categories, including 3-point shooting percentage (51.6 percent on 126 attempts), free-throw percentage (79.4 percent on 155 attempts) and assists (72). Five times she scored more than 20 points in a game, with her season-high of 28 coming against Greenville on Dec. 28. In that game, Wollerman made six 3-pointers and 10-of-10 free throws to help Vandalia win, 58-51. Her ability to hit the long-range shot paid dividends at the end of the season, as Wollerman advanced to the state 3-point shootout, where she was eliminated in the preliminary round. A potential lineup shift next season will take Wollerman away from the point guard position, which should allow her to shoot more 3-pointers as she pursues her 1,000th career point. 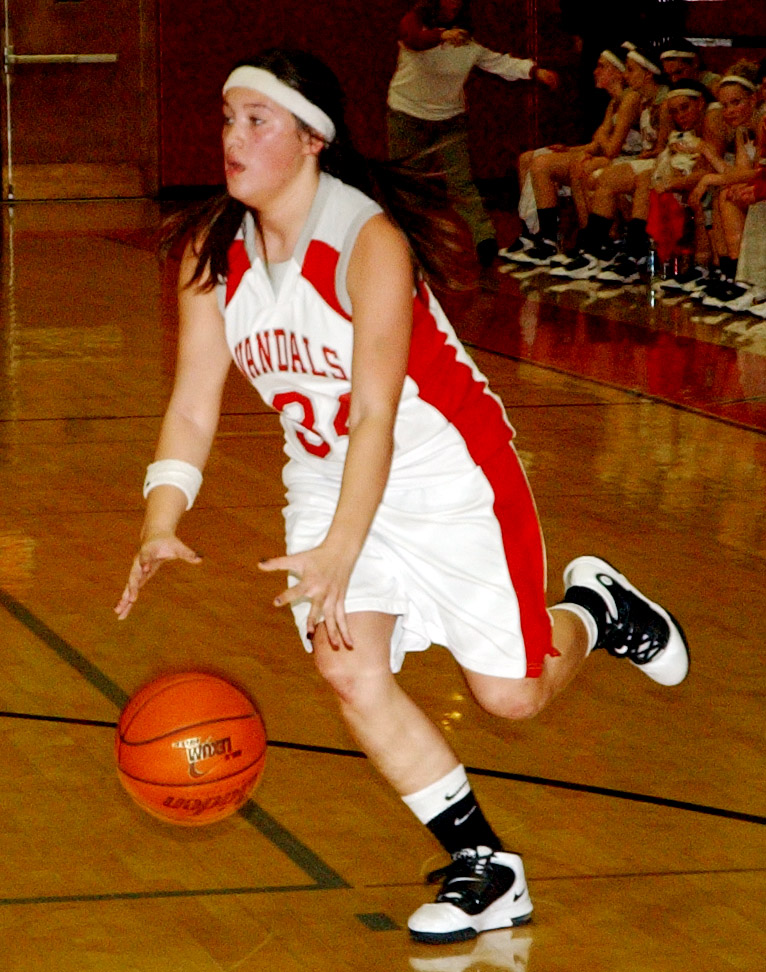 Freshman Megan Godoyo was a nice surprise for the Lady Vandals this season. She started the season playing mostly JV ball, but she did come off the bench in early-season games. By the end of the season, however, the young guard became more comfortable in her role and developed a strong all-around game. Godoyo averaged 4.38 points, 3.2 rebounds, 1.4 assists and 1.2 steals per game in her first varsity season. Her best game came against Litchfield on Feb. 4 during a 68-60 loss, when she scored 16 points and grabbed nine rebounds. Expected to be the starting point guard next season, Godoyo has a very bright future. 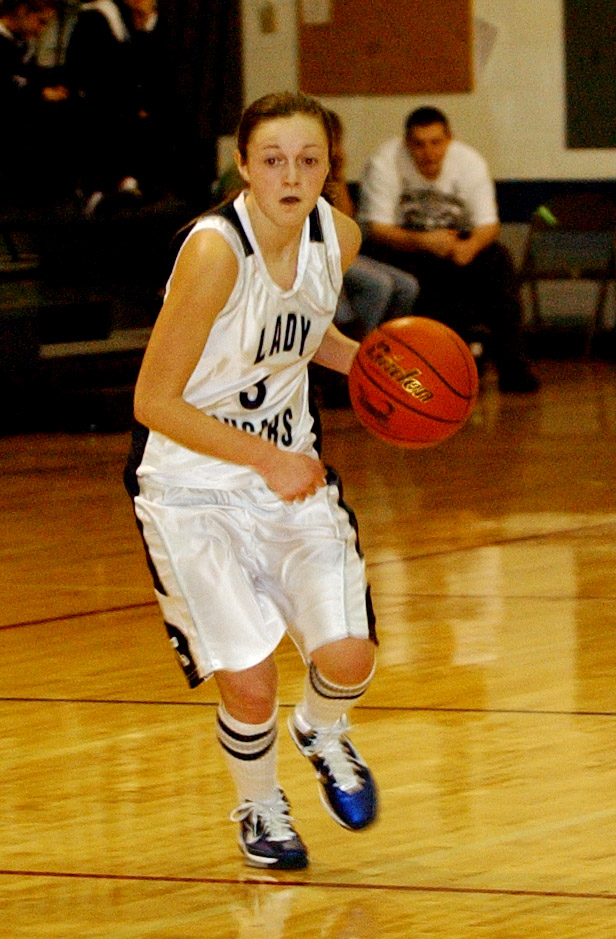 South Central senior Ashley Pollard was one of the most consistent scorers in the area this season. She averaged 14.33 points per game in leading a youthful Lady Cougars team. Her leadership, however, may have been her most important asset. Pollard’s scoring will be missed as South Central continues its rebuilding phase. 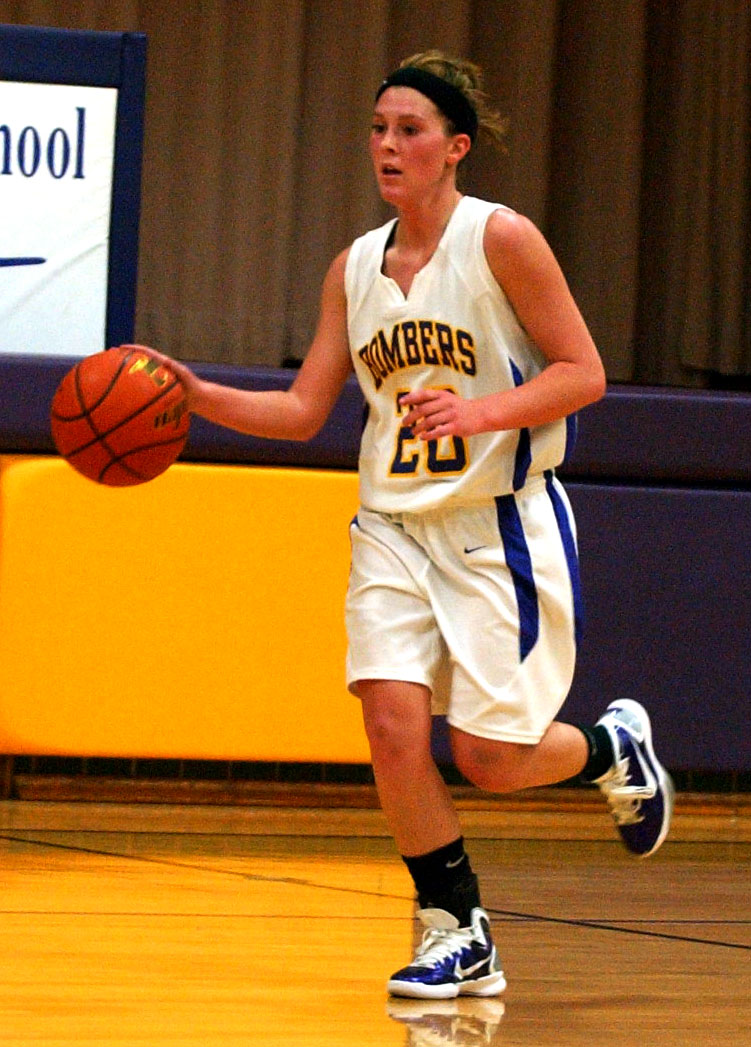 Brownstown senior point guard Abby Hill led a balanced Lady Bombers squad in scoring, with 11.29 points and 2.7 steals per game. The senior leader opened the season with a season-best 22-point performance and closed it well, too, scoring at least 11 points in each of the team’s last six games. 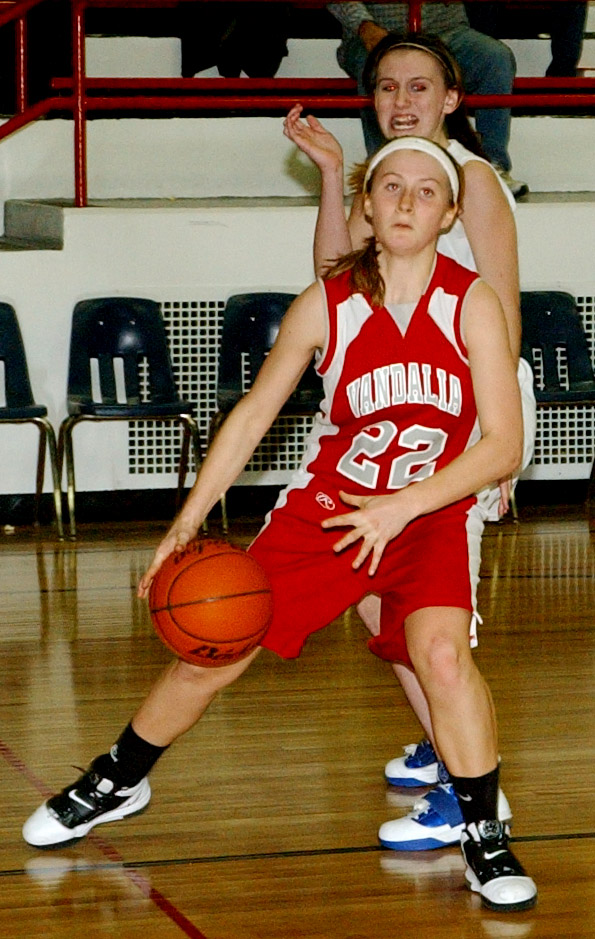 The best sophomore in the area, Vandalia’s Amber Bruno could score her 1,000th point next season. A shifty guard like teammate Haley Wollerman, Bruno finished the season averaging 12.88 points per game, leaving her with 687 for her career. Like Wollerman, Bruno should see increased scoring chances when the Lady Vandals shift positions next season. 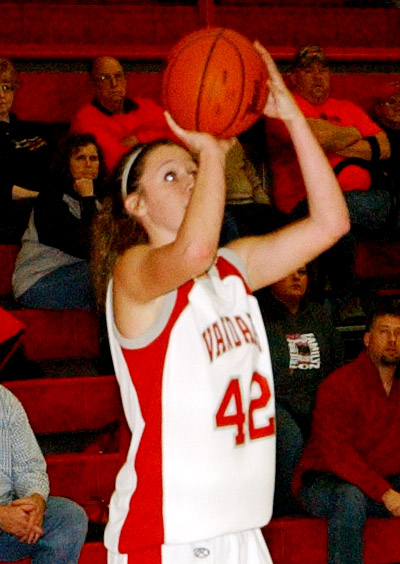 Vandalia junior Hannah Edwards gave the Lady Vandals a sizeable post player with the ability to score and rebound. The six-footer averaged 9.19 points and 8.5 rebounds per game, securing back-to-back double-doubles late in the season. As a senior next season, Edwards will be looked upon to better those numbers, and has a very good chance to do so. 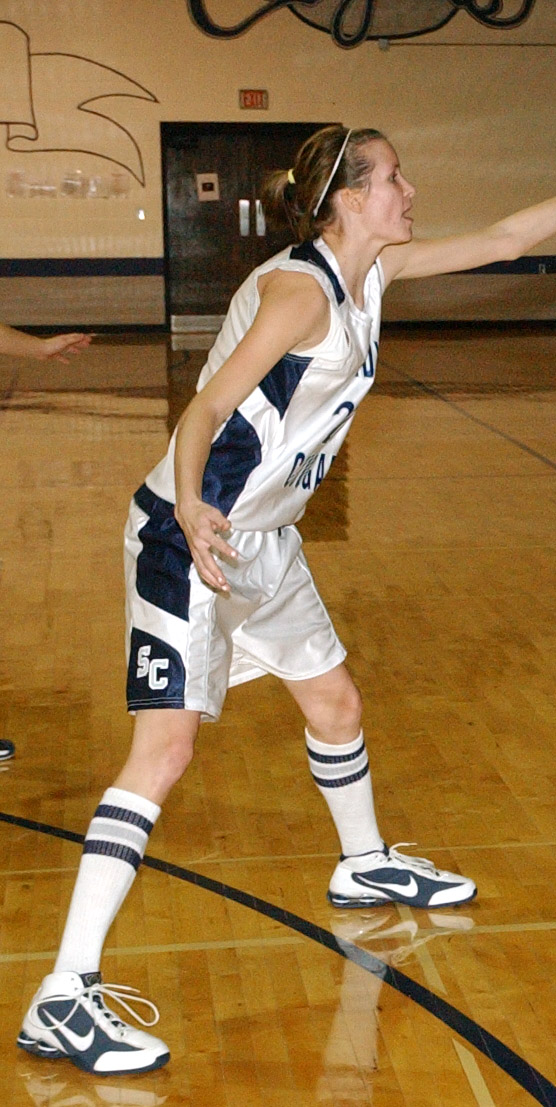 The lanky center for South Central was the team’s second-leading scorer with 7.38 points per game. Junior Tori Logue scored at least 10 points five times during the season, with her season-high of 19 coming in the second contest of the year. She closed the season well by scoring 11 points in a makeup loss to Wayne City. 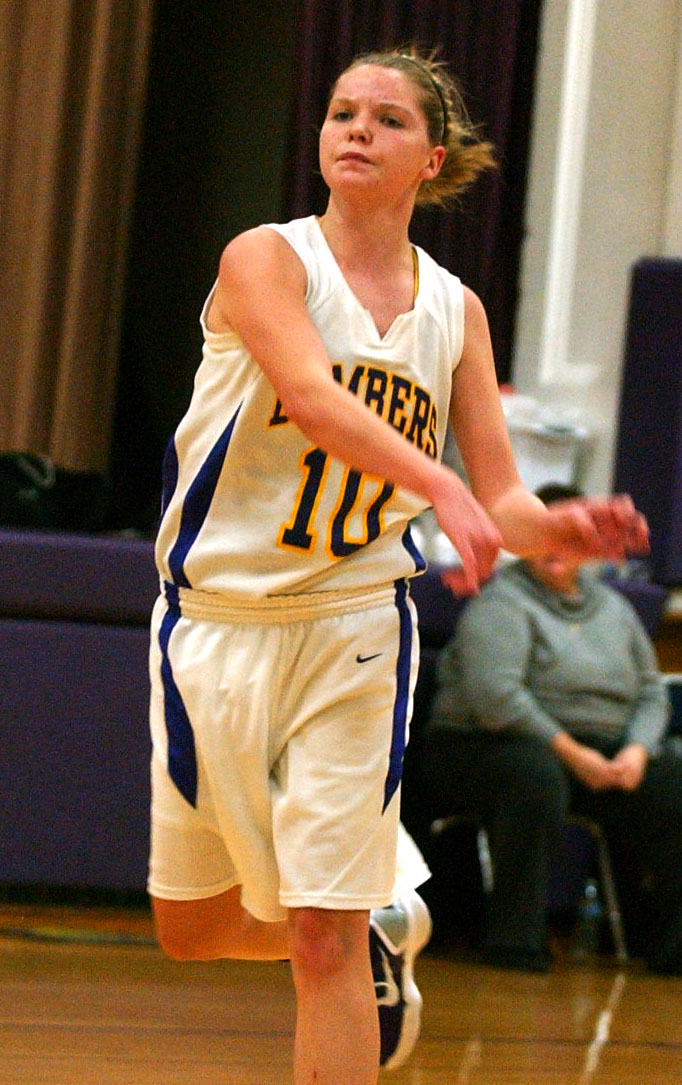 Brownstown senior Kel-C Sefton was one of the most productive players in the area this season. While she didn’t have eye-popping stats in any individual category, she was consistent across the board with 9.3 points, 3.7 rebounds, 2.4 steals and 1.3 assists per game. Without her, it’s likely the Lady Bombers would have finished below .500. 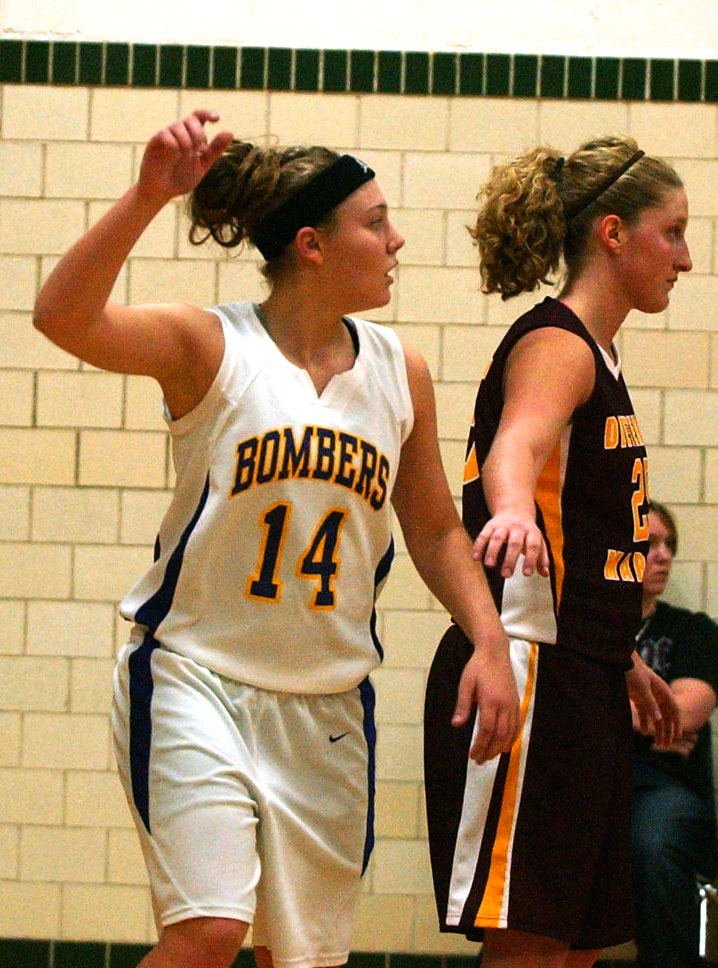 Senior Brooke Maxey was the Lady Bombers’ top rebounder with 152 (6.3 per game). Her 7.6 points per game were fourth-best among Brownstown players. Twice she scored her season-high of 15. Her rebounding and leadership skills will be missed by the Lady Bombers as they begin to rebuild next season.

The Vandalia senior was one of the team’s most important players. Walton’s leadership, combined with her 4.68 points and 3.6 rebounds per game were a big help to the Lady Vandals’ 10 wins. As an under-the-radar scorer, Walton was able to score 21 points in the first two games before settling into a more all-around role.

Like teammate Kel-C Sefton, Brownstown senior Morgan Myers played a balanced game all season. Her 8.1 points and 5.1 rebounds per game were third- and second-best on the team, respectively. Myers also had a team-high 1.6 assists per game. Her highest scoring output of the season was 18 points.