Ulmer, ranked No. 4 among 171-pound Illinois wrestlers, earned the milestone victory against Carlyle senior Brett Dieters in the semifinals of Vandalia’s victory to become one of just a handful of the school’s wrestlers to reach the mark as a junior.

“I’ve achieved something pretty amazing, but it also points to the fact that I’m going to do some good things next year,” Ulmer said. “I’m looking for a state championship next year.”

In the finals, Ulmer lost to Clay Wilson from Cumberland, who is the No. 2 ranked 171-pound wrestler.

If they both stay on pace, those two could meet again during the state tournament, and Ulmer does believe he is capable of defeating the Pirates senior, saying both athletes were gassed by the end of their 6-2 decision on Saturday.

At one point in the match, the two tumbled over several times, and just when it appeared Ulmer had Wilson under control, Wilson turned Ulmer once more to keep the match’s momentum on his side.

Ulmer said he has learned in his 10 years of participating in the sport that patience is a high priority during bouts, and against an opponent like Wilson, he will need to find the right balance between patience and aggressiveness.

“He’s got some good physical skills, and a good feel for it,” said Vandalia coach Jason Clay. “He’s always wrestled a little bit of a defensive style, but he has done a good job to improve his offense.

“If you’re going to win matches in the state tournament and win state titles, you have to be offensive and take them down.”

Ulmer’s milestone was the big highlight of the day for the Vandals, but there were several other notable performances that helped Vandalia keep its remarkable streak intact.

Senior Justin Hill (125), junior Daniel Edwards (152) and freshman C.J. Runkel (135) each won their individual brackets, and five other Vandals advanced to the individual sectional by finishing second in their weight classes to give Vandalia 152 points, which bested second place Rochester by 22.5.

“We had some bad luck, but the guys who wrestled did a good job,” Clay said. “Maybe we didn’t score as many points as we have in the past, but it was enough to win.”

Senior Brenden Cripe and junior Zach Jackson did not partake in the regional tournament due to injuries.

Hill was the only Vandal to record a pin in the finals, taking down Jake Walters, a junior from Auburn, in 1:39.

At the Litchfield Invitational, the Vandals’ final event of the regular season, Walters defeated Hill, 5-3, in the semifinals. Clay said he was pleased Hill was able to secure the revenge win, because he believes Hill is the superior wrestler.

The senior is state-ranked in the top 10 among 125-pound wrestlers, and has a very good chance to return to the state tournament and better his first-round loss from when he was a sophomore.

Runkel led Poe, who won a regional championship at 125 pounds last year, 2-0 after the first period, and took a 4-0 advantage after scoring a reversal with two seconds left in the second period after starting the round on the bottom of the referee’s position.

He added a takedown and an escape in the final period to claim the victory.

“I got lucky,” Runkel said. “I don’t think I’m terribly great, but if feels great to win a regional as a freshman.”

The freshman now has 29 wins of the season, and Clay believes his improved work ethic could pay great dividends before the season is over.

“It’ll pay off big for him,” Clay said, “and I think he is in the hunt to go to state as a freshman.”

Edwards led all six minutes of his battle with Carlyle junior Ethan Cotton to earn a 12-1 decision, scoring a takedown just 36 seconds into the match.

He led 9-1 at the end of the second period, and nearly pinned Cotton with 1:11 remaining in the bout.

“We have a young team, and I definitely saw a lot of improvement,” Ulmer said. “(The younger guys) have a good chance of doing something next year.”

Clay was especially impressed with Godberson, who is in his first season of wrestling, because he earned a pin in the semifinals against Rochester junior Curtis Dyer, and then battled to the finish in an 8-3 finals loss to Carlyle sophomore Kevin Roper.

“We’re going to have to get better if we’re going to advance as a team, but we have a shot to work on those things because we kept the streak alive,” Clay said. “Seventeen in a row is a big deal.” 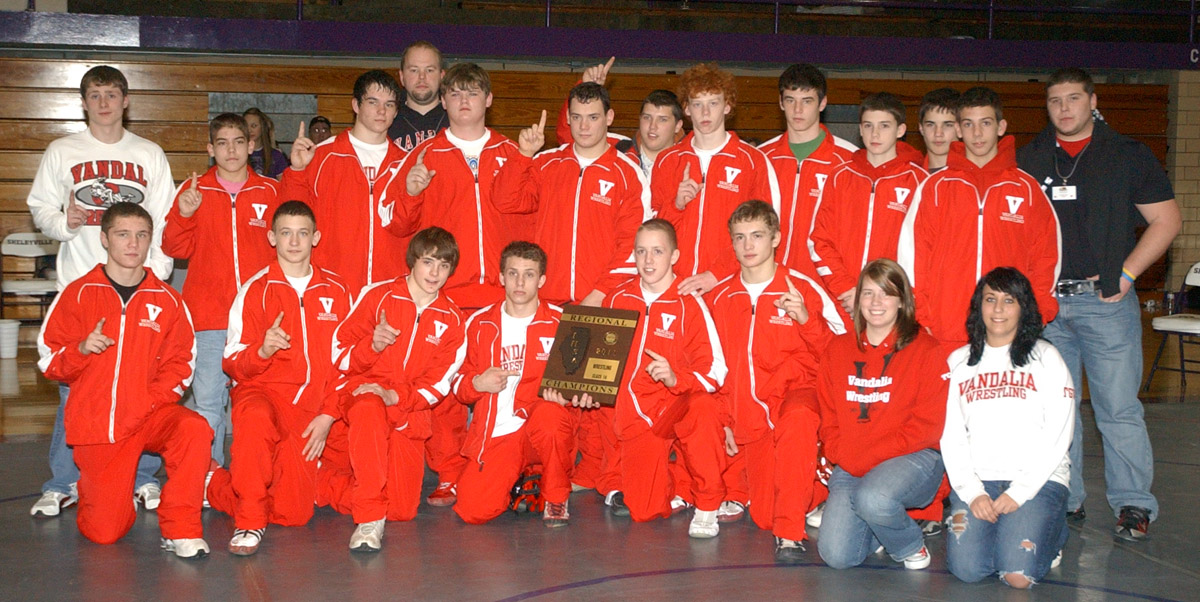 The Vandalia High School wrestling team won its 17th straight regional championship at Shelbyville on Saturday. Eight Vandals advanced to the individual sectional, which Vandalia will host on Friday and Saturday. 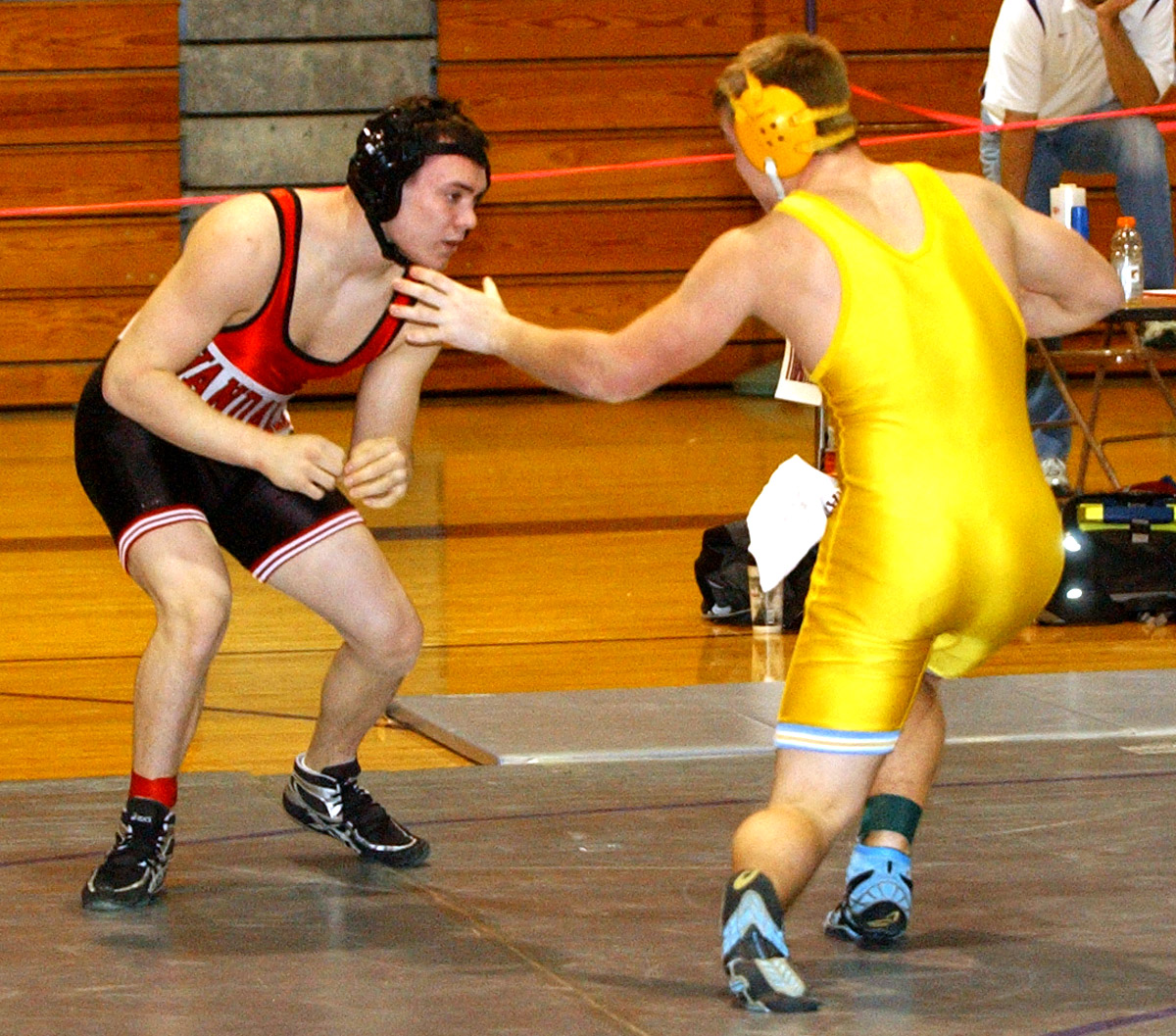 Junior Levi Ulmer (left) attempts to make a move on Cumberland’s Clay Wilson during the finals of Saturday’s regional tournament. Ulmer earned his 100th career win in the semifinals. 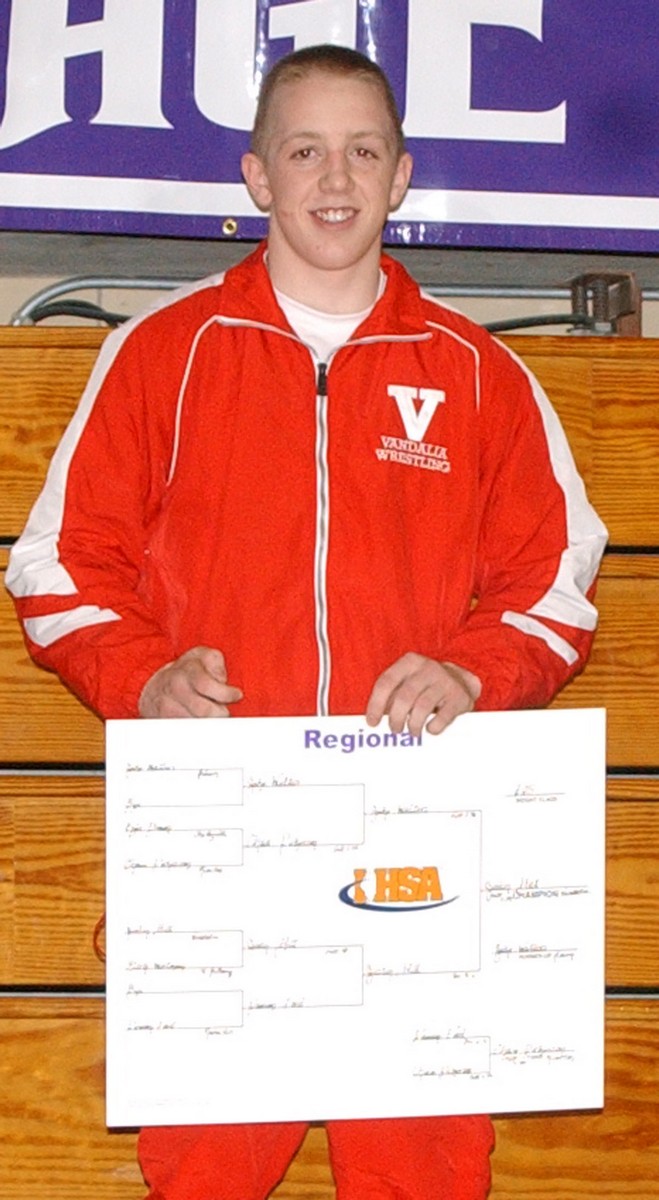 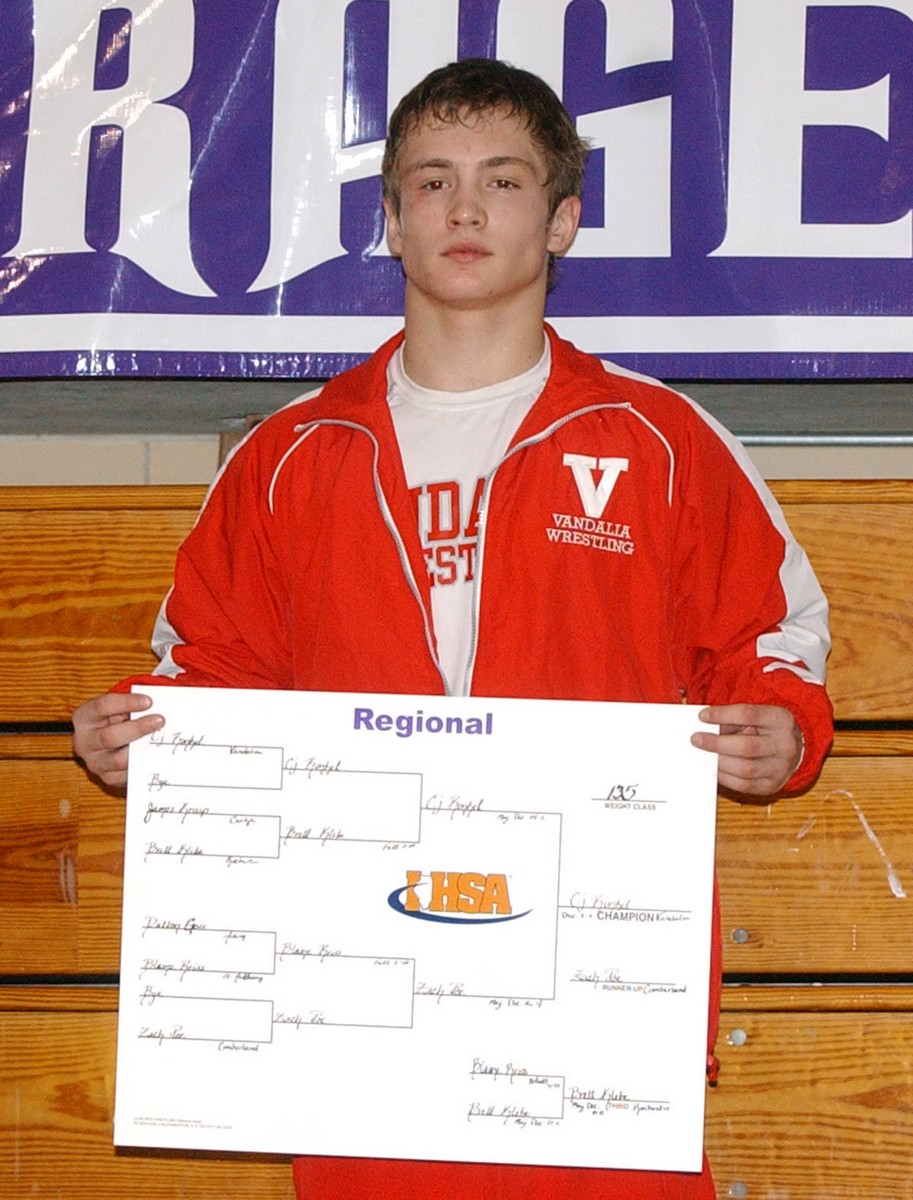 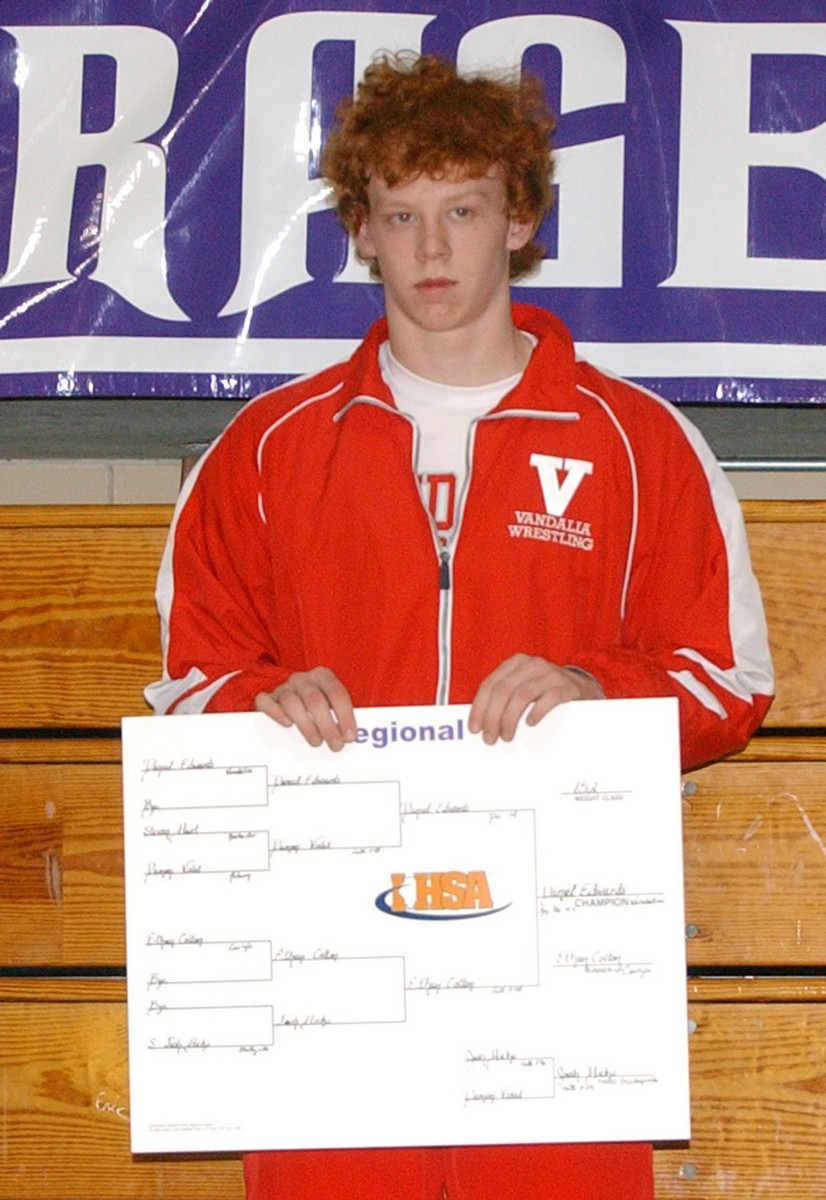