ST. ELMO – One of the area’s hardest hitting volleyball players has signed a letter of intent to play collegiately.

At a small gathering in the high school library on Friday, St. Elmo senior Brooke Maxey signed to play volleyball for Kaskaskia College for the next two years. She also said there is a chance KC will offer a softball scholarship if scouts are impressed this spring.

“I’m pretty excited to get to play in college,” Maxey said. “I just wanted to keep playing, and I thought junior college would be the best thing for me, because I wanted to get a lot of playing time.”

And that should be the case.

Enter Maxey, whose 685 kills were the third-most in St. Elmo history and some of whose attacks were described as “eye-popping” and “jaw-dropping” by Eagles coach Elise Asher.

“She will step right in and contribute,” Rahar said.

The road to JUCO
Maxey began playing volleyball in grade school at the Jr. Eagle camps run by Asher.

During those camps, Maxey became acquainted with several high school teammates, including fellow seniors Megan Durbin and Britani Beasley, who would lead St. Elmo to a regional championship in 2010 to cap off their senior season.

Not only did the Eagles overcome adversity – with some players leaving the team during the season – to earn that win, but after the victory came a rendition of “Happy Birthday” from the stands to honor Maxey’s 18th on a day she recorded 11 digs and eight kills in a straight-set defeat of Neoga.

“We had so many mountains to climb, and we had to do brand new rotations halfway through the year,” Maxey said. “We won regionals, and it was amazing.”

Maxey began playing the varsity game her freshman season, and after just a few weeks, she earned a place in the starting six.

“She just blended right in, and the next thing you know, she’s in the forefront of everything,” Asher said.

And that wasn’t just for the Eagles.

She became a recognizable face to Egyptian-Illini and National Trail Conference coaches, players and fans, earning EIC most valuable player honors her junior and senior seasons, while being named first-team All-NTC those same years.

After the season, Maxey attended a session at KC with Rahar, and at that point, Rahar said she knew Maxey could help the Great Rivers Athletic Conference program improve on last season’s 15-16 record.

At KC and beyond
Having already been through one significant volleyball transition, from junior high to high school varsity, Maxey will be drawing from that experience as a freshman in college.

“Playing as a freshman was so nerve-racking,” she said. “At the very beginning, I was at the point where I didn’t want to be out there, because I was playing against girls that were seniors and I was a freshman.

“Instead of going straight into a four-year college, which I think I’d feel the same going there, junior college (gives me) more of an at-home feel. It will be a lot more comforting because everyone is about the same age there.”

When she isn’t on the volleyball court, Maxey will be working hard in the classroom pursuing a degree in physical education with a minor in math, but she thinks she will eventually change her mind.

A high honors student at St. Elmo, Maxey also fits the academic mold that Rahar likes to have in her players.

“Academics are very important to us, and this is the third year we’ve been academic All-Americans,” she said. “We hold the academics high for student-athletes.”

But that’s not to say that Rahar did not consider St. Elmo’s career dig leader’s (827) athletic talents.

“Having her on our team will be a great asset,” she said. “It’s a big step for us to get an athlete who is so versatile on the court.”

Post college, Maxey hopes to coach softball while teaching, because she said she knows “everything to know” about softball.

But that doesn’t mean Maxey will put forth any less effort in volleyball than she has in the past, which will undoubtedly translate into success.

“If she continues with her work ethic and her drive, then there’s absolutely no doubt that she’ll be successful at KC, and then another two years after that,” Asher said. 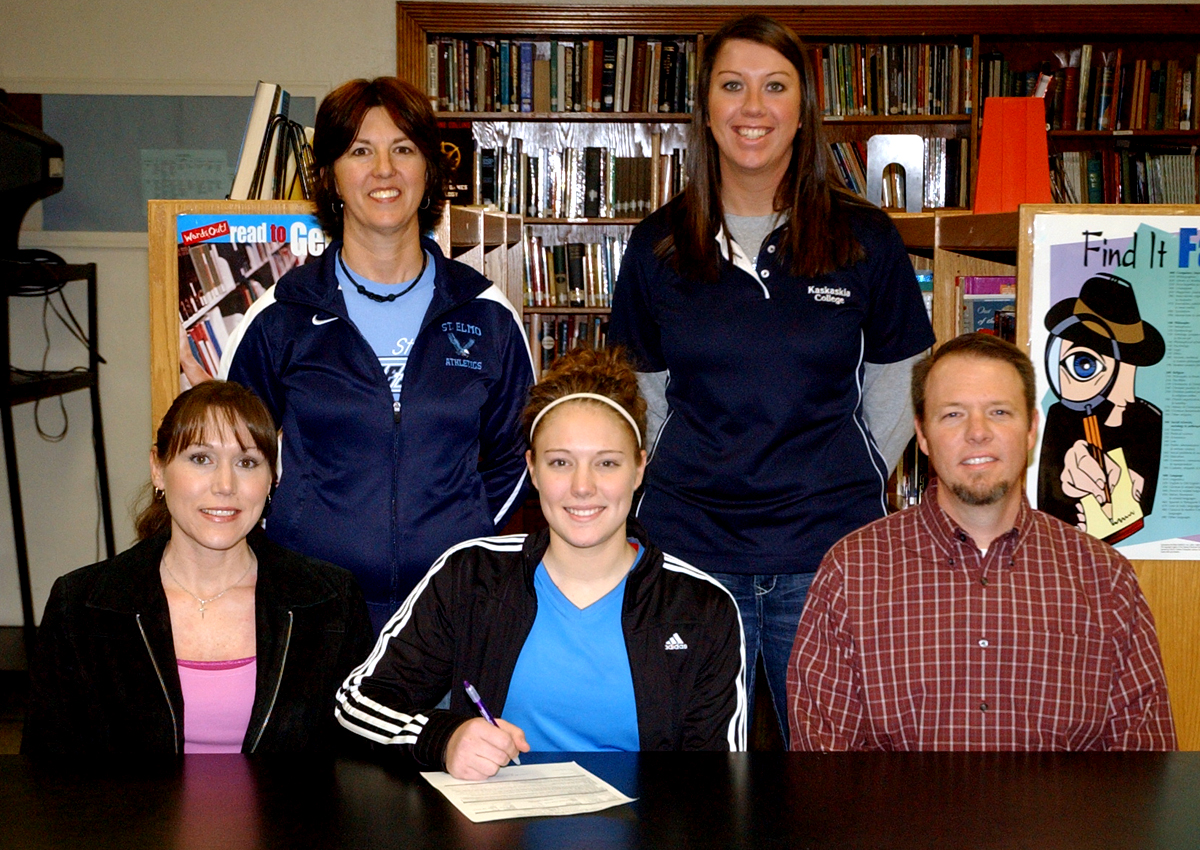 St. Elmo High School senior Brooke Maxey signed a letter of intent to play volleyball for Kaskaskia College last Friday. Maxey is seated between her parents, Brandi and Michael Maxey. In the back, from left, are: St. Elmo coach Elise Asher and KC coach Kim Rahar. 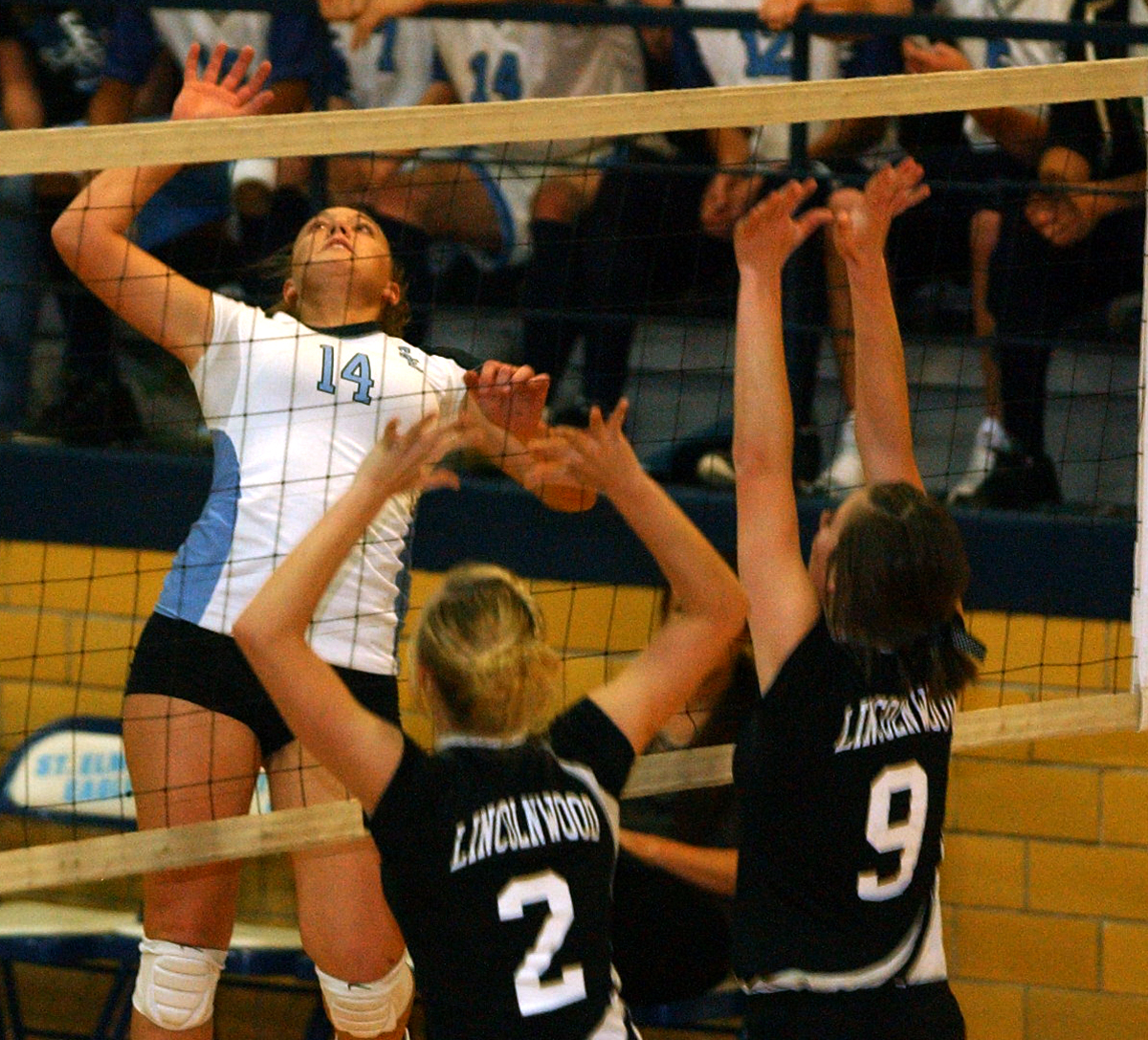 St. Elmo senior Brooke Maxey prepares for an attack during her final high school volleyball match in the 2010 sectional tournament against Raymond-Lincolnwood. 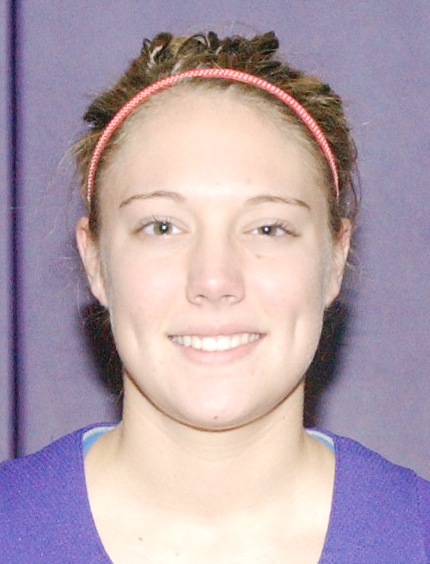 Brooke Maxey: Holds the St. Elmo school record for digs with 827 and has the third-most kills