With 43.7 seconds left in the third quarter of Saturday’s game against Gillespie, Lady Vandals coach Michelle McNary saw an opportunity that would help the team gain its first lead of the afternoon.

Gillespie had just committed its sixth foul of the half, and if the Lady Vandals could continue drawing fouls, she believed they could gain the lead through free-throw shooting.

Just 5.3 seconds later, freshman Megan Godoyo drew contact on her way to the basket and made two free throws to tie the game at 35.

Sophomore Amber Bruno made a 3-pointer about 24 seconds later to give Vandalia a lead it would not relinquish during a 60-49 win.

“If we can go to the line and shoot with the clock stopped, I’m all about that, especially since we have such good shooters,” McNary said of her team, which is shooting 69.6 percent (295-of-424) on free throws this season. “(Godoyo) immediately attacked, and it worked to our advantage.

“That’s something we push for every time we notice we are close to the bonus. Once we get in the bonus, we try to attack in the lane every chance we get.”

After Godoyo’s two shots, the Lady Vandals made 7-of-8 free throws in the fourth quarter, and they finished the game with an 18-for-22 effort.

A 3-point play from junior Haley Wollerman, who converted 5-of-6 free throws, lifted Vandalia to a 46-38 lead with 6:35 left in the game, and fellow junior Hannah Edwards followed that up with a defensive rebound on the ensuing possession.

At the offensive end, Edwards grabbed two of her own misses over the undersized Lady Miners before finally banking in a shot with 6:11 left in the game, prompting a Gillespie timeout and effectively dashing its chances at victory.

“Hannah was a rebounding machine today,” McNary said. “I think she’s finally figured out that, ‘If I work harder, I can get that.’”

That play helped her record her second straight double-double, with 17 rebounds and 15 points. Against Pana last Thursday, Edwards had her first career double-double with 14 points and 10 rebounds.

Early, however, it appeared the Lady Vandals were going to let the Lady Miners steal a win.

Chelsea Gill made a wide-open 3-pointer for Gillespie 33 seconds into the game. Wollerman answered that basket with a 3-point play 18 seconds later, but over the next 6:07, the Lady Miners outscored Vandalia, 13-2.

“We came out with no intensity,” McNary said. “For whatever reason, for nonconference games, we have not gotten up.”

In the first quarter of three nonconference games this season, the Lady Vandals have scored fewer than 10 points.

The Lady Vandals chipped into the Lady Miner lead throughout the second period, scoring 16 points in the quarter, receiving a jolt when Wollerman and Bruno combined to score eight points in 1:14 to cut Gillespie’s lead to four with 5:09 left in the first half.

A pair of Wollerman free throws closed the gap to one at 32-31 with 5:39 left in the third quarter, but those shots touched off a 3-minute scoring drought for both teams that finally ended with a Gillespie layup.

Godoyo made a driving layup of her own 43 seconds later to move the Lady Vandals back within one before making the two decisive free throws that tied the game at 35 and allowed Vandalia to carry positive momentum into the fourth quarter. 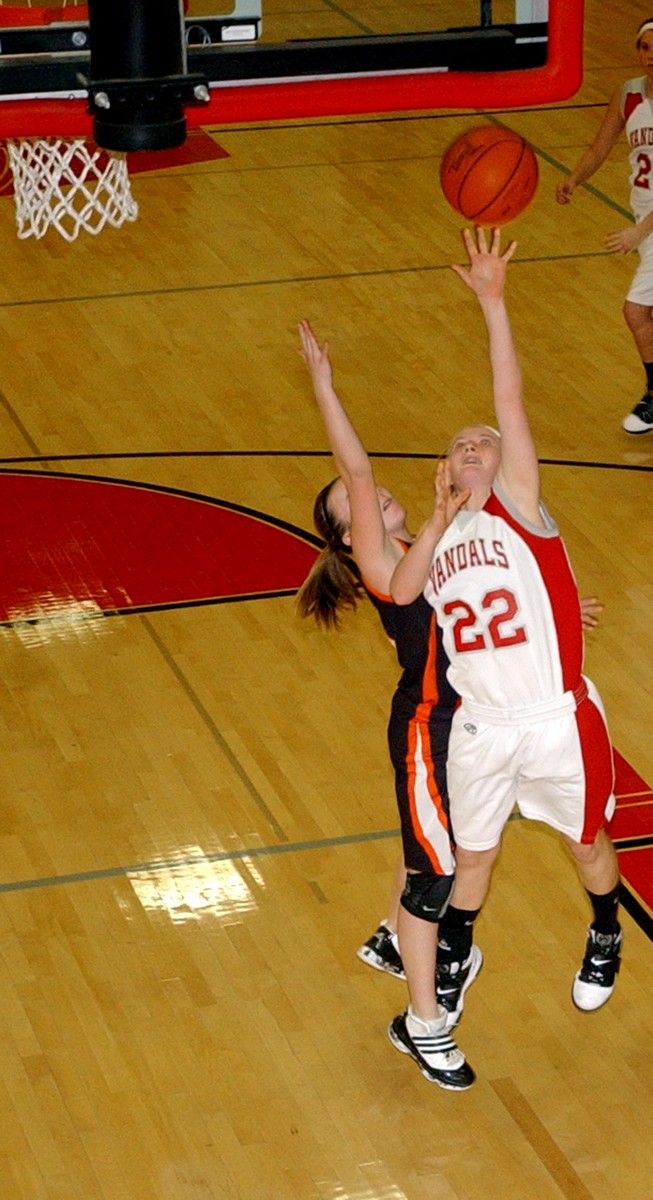 Sophomore Amber Bruno attempts a layup against Gillespie on Saturday. She had a team-high 20 points in Vandalia’s 60-49 win against the Lady Miners. 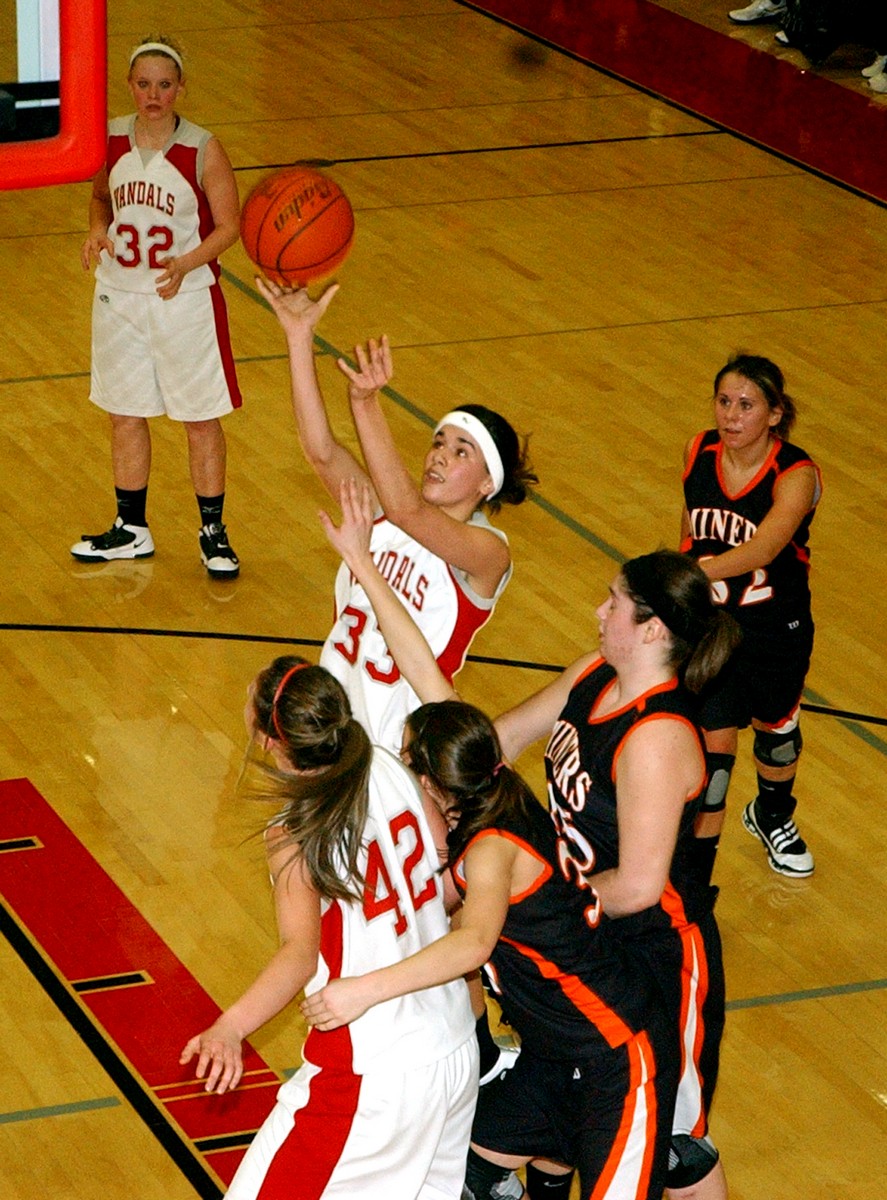 Junior Haley Wollerman takes a shot during Vandalia’s 60-49 win against the Lady Miners on Saturday. 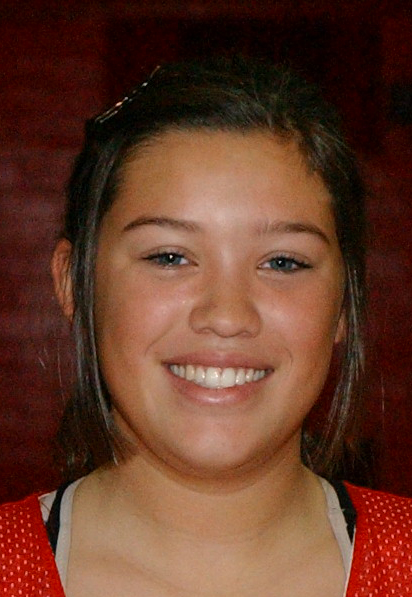