Curtiss Wilkerson, unfortunately, is guilty of being poor in a country that isn’t very kind or very fair to people who are poor.  Angelo Mozilo and Kenneth Lewis, by contrast, are very, very wealthy. Curtiss Wilkerson was sentenced to prison for the rest of his life. Angelo Mozilo and Kenneth Lewis have not seen the inside of a courtroom, as far as I know. One stole a $6 pair of tube socks; the other two collectively stole millions and millions of dollars, knowing full well what they were doing was wrong, illegal and fraudulent.
Wilkerson was the victim of California’s draconian and bizarre, "Three Strikes and You’re Out" law; Mozilo and Lewis were guilty of causing one of the biggest financial disasters that wiped out more than 40 percent of the world’s wealth, sent the economies of entire countries tumbling, threw countless thousands of people out of their homes and their jobs, destroyed many of our parents’ and our grandparents’ pensions and retirement accounts (forcing them into poverty or back to work), broke up families, and the list goes on and on.
Mozilo was CEO of Countywide Mortgage and Lewis was CEO of Bank of America during the time of the 2008 financial collapse. While they  weren’t  the only ones, I use them as classic examples of how our country and our politicians and our systems of justice have two sets of rules – one for the rich and one for the poor. We’ve always kind of felt that, but never was it so obvious than during the financial meltdown of 2008 and the years following. Banks' and mortgage companies' executives were caught red-handed committing blatant acts of fraud, cheating, lying, stealing and covering-up, knowing full well that they wouldn’t  get into any trouble. As a matter of fact, many of them received huge bonuses after getting caught.
All the while, guys like Curtiss Wilkerson were getting arrested all over the country in an effort to show just how tough America was getting on crime. And the astounding part of all of this? The American public was okay with it! This blatant, obvious, grotesque injustice was setting just fine with the American public.
How do we know? As a country, we have seen a surge of legislation that has damaged the poor or the “barely making it.” Simultaneously, we have seen legislation that has given banks and lending institutions a continued free ride to behave any way they choose. We continue to support elected officials who vote for tax cuts for the wealthiest in our country, and at the same time filibuster a modest hike in the minimum wage, which would pull some families out of poverty. We allow banks to go unchallenged as they charge very high interest rates on student loans, while the price of lending money is at an all-time low. While people (almost always poor) are spending long periods of time in prison for drug addiction problems, the Justice Department only slapped a fine on HSBC Bank (the U.S. branch), which admitted to laundering billions of dollars for the drug cartels and terrorist organizations.
Clearly, there are two sets of rules in a country that espouses itself to be a Christian nation.  One has to wonder what God has to say about such a system of preferential treatment for the wealthy:
Let’s look to what the prophet Isaiah said in Isaiah, chapter 10:
"Woe to those who make unjust laws, to those who issue oppressive decrees, to deprive the poor of their rights and withhold justice from the oppressed of my people, making widows their prey and robbing the fatherless. What will you do on the day of reckoning, when disaster comes from afar?"
It appears that God takes a pretty dim view of favoritism of the rich over the poor. Yet, we seem to have a national disgust for the poor, seeing them as a drain on society, as lazy and shiftless. All the while, allowing our nation to turn its back on the neediest, and fight the good fight for the wealthiest of our nation, making life easier on them to do as they please, whether it’s right or wrong.
Can we really see God and be his disciples if we continue to despise the poor and allow their needs to be ignored or trampled on? Here's what it says in I John, Chapter 4:
"If anyone says, 'I love God,' yet hates his brother, he is a liar. For anyone who does not love his brother or sister, whom he has seen, cannot love God, whom he has not seen."
One TV personality sums it up nicely when he says: “If this is going to be a Christian nation that doesn’t help the poor, either we have to pretend that Jesus was just as selfish as we are, or we’ve got to acknowledge that he commanded us to love the poor and serve the needy without condition, and then admit that we just don’t want to do it.” 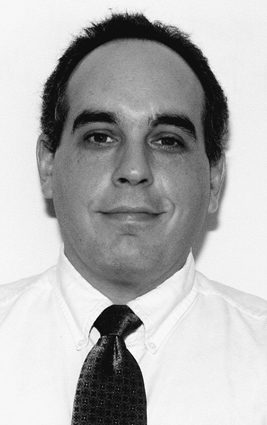