The Vandalia boys golf team won the first sectional title in the school’s history on Tuesday.

The Vandals won the Class 1A Sectional at Franklin County Country Club in West Frankfort with a 310 total, six strokes better than second place Breese Mater Dei, the defending state champions.
Because the Illinois High School Association is not holding a state golf tournament this year, due to COVID-19, the sectional win ends the Vandals’ season.
In addition to regional and sectional titles, the Vandals finished the regular season with a perfect 21-0 record and were SCC champions.
Chase Laack and Conner McCall tied for team medalist honors with 76’s, which were good enough to tie for eighth place.
Riley Ruckman also finished in the top 10, with a 77, and Jonah Beesley rounded out the team’s sectional score with an 81.
Dylan Halford shot an 85, and Jacob Schaal shot a 99.
Waterloo Gibault (320) finished in third place, Trico (326) was fourth, and Belleville Althoff and West Frankfort tied for fifth with 327 totals.
Tyson Elko of West Frankfort was the sectional medalist with a 69.
Luke Lasley of Anna-Jonesboro was second with a 70, Ty Barbre of Carmi and Jonathon Willeborg of Effingham St. Anthony tied for third with 74’s, and Avery Irwin of Belleville Althoff was fifth with a 75. 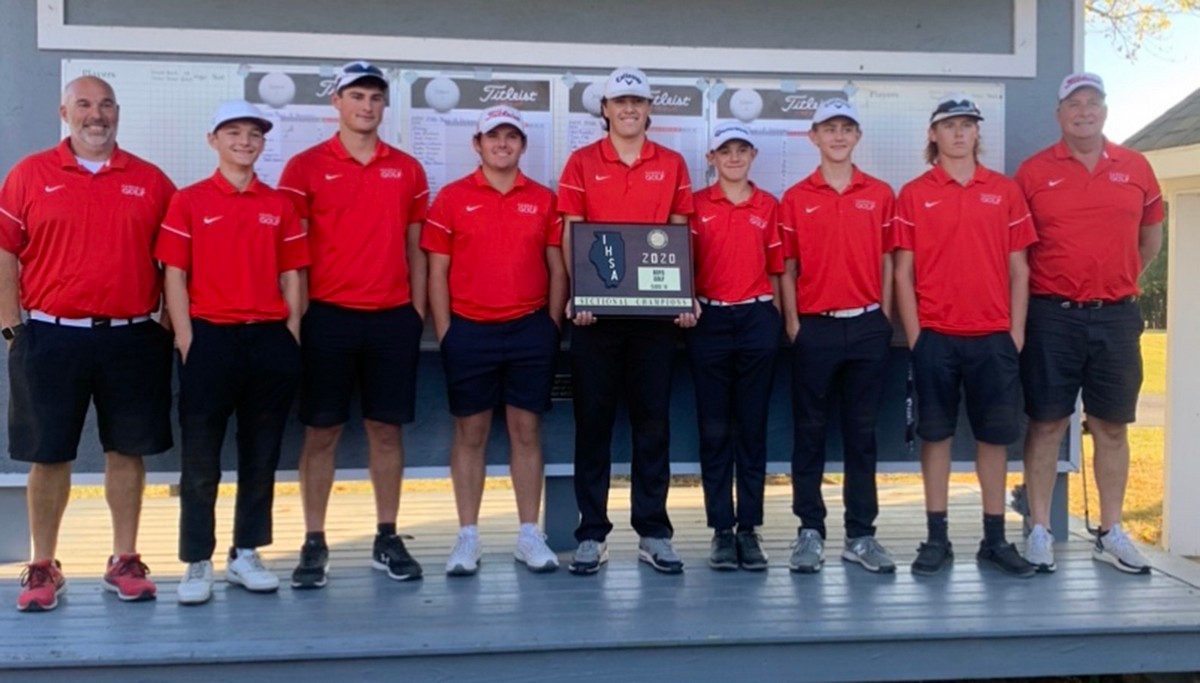