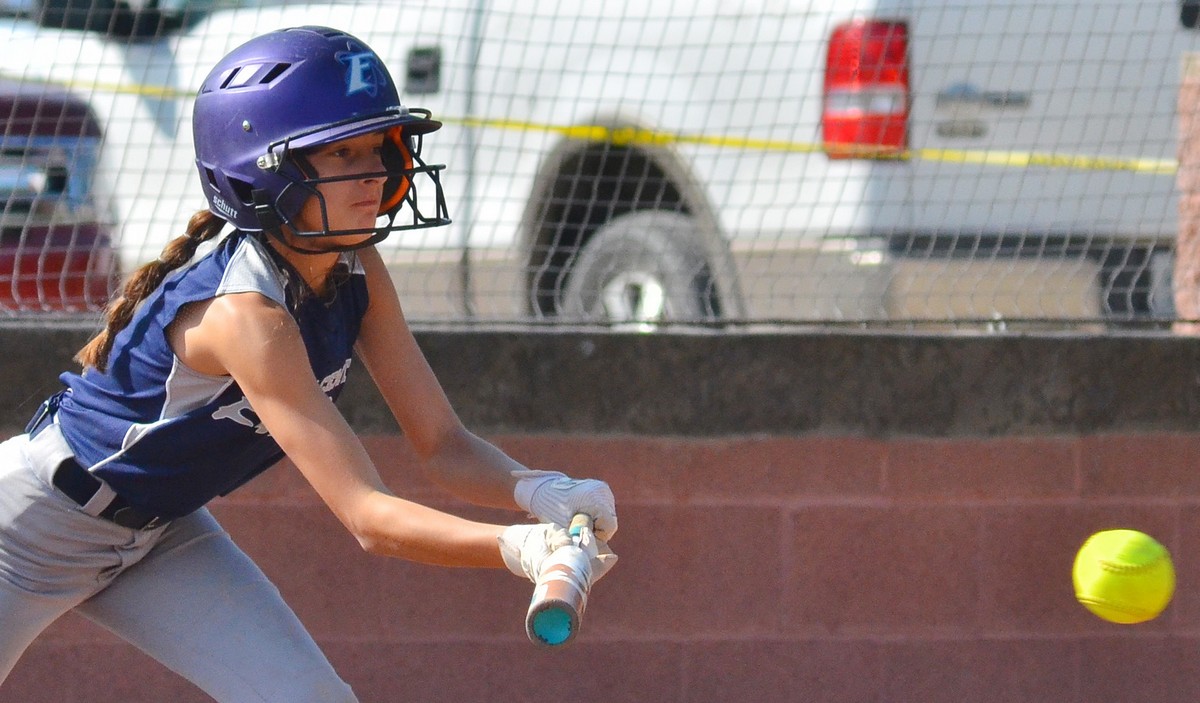 Percilla Reid attempts a bunt in the IESA Regional championship on Saturday at Webster Field in Kinmundy. 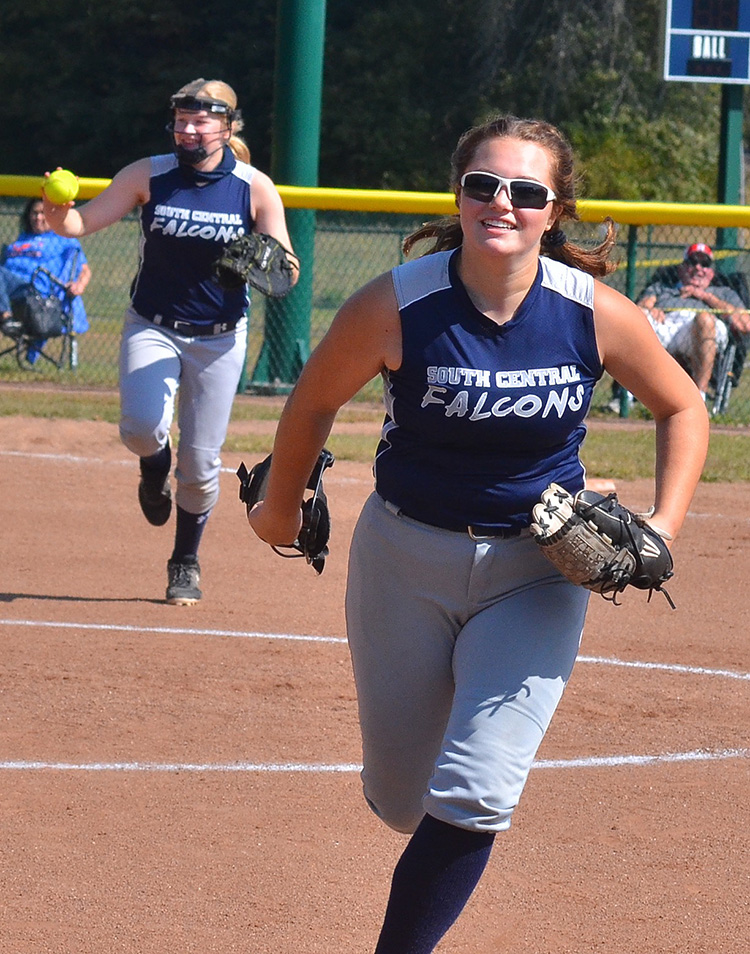 Winning pitcher Ella Watwood and first baseman Karli Holmes run to the dugout to celebrate with teammates after the final out. 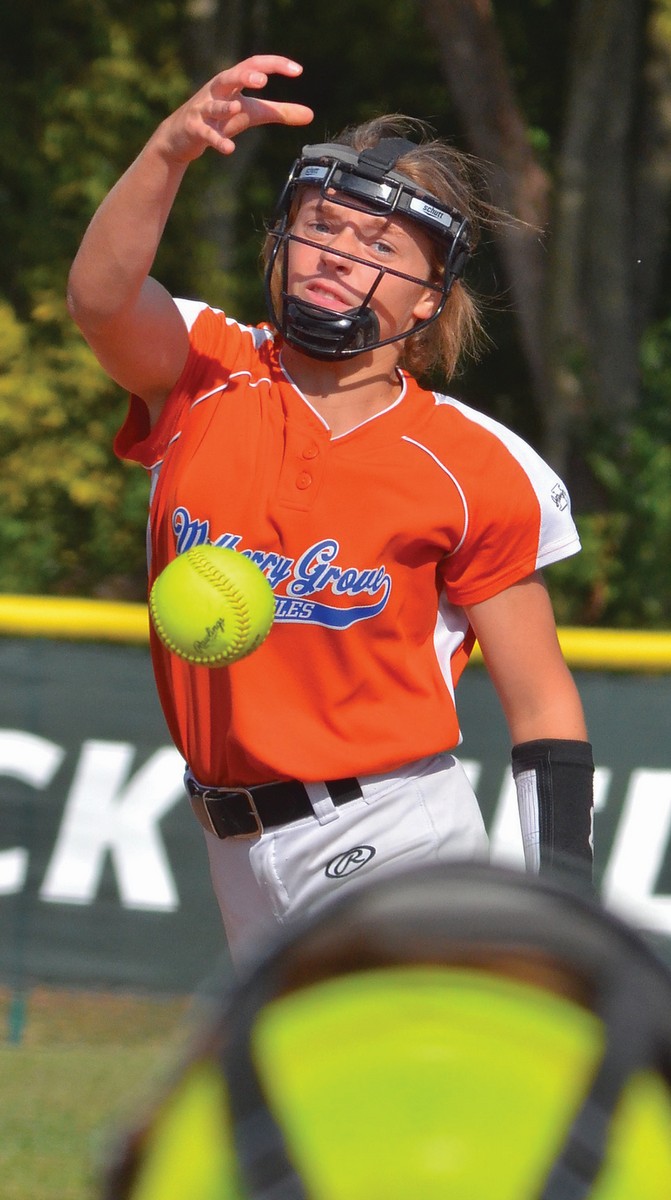 Lexie Kruep was the starting pitcher for Mulberry Grove. 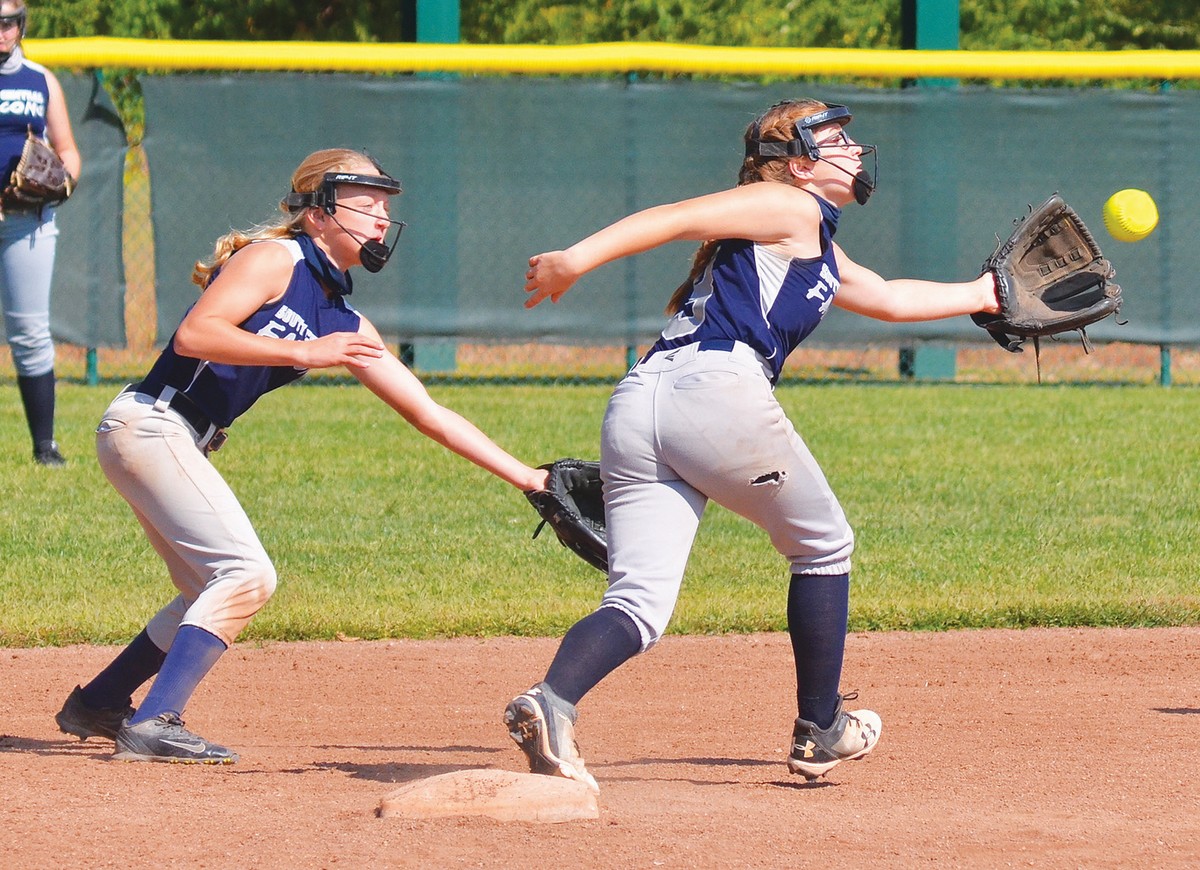 South Central’s Abi Shuler snags a throw from the catcher, Amerlia Montes, at second base while Kaitlyn Swift backs her up. 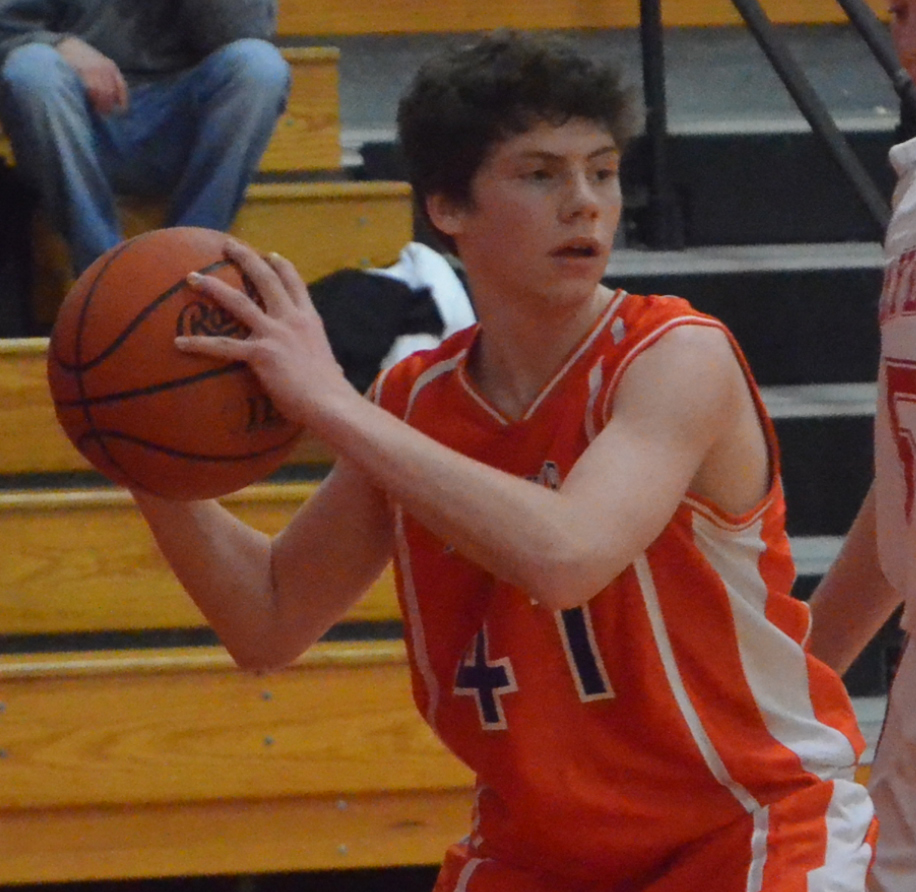 Jenni Mezo of Mulberry Grove slaps a pitch down the third-base line. 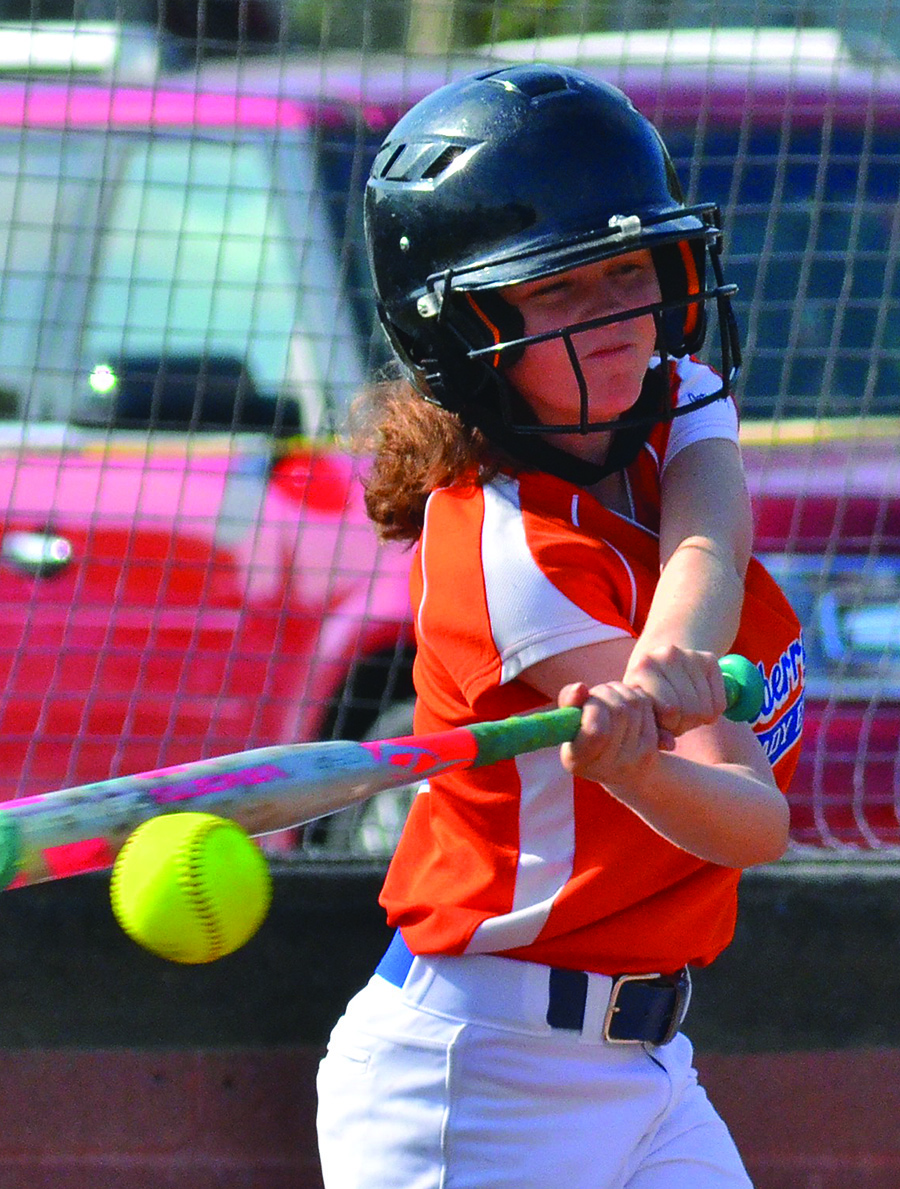 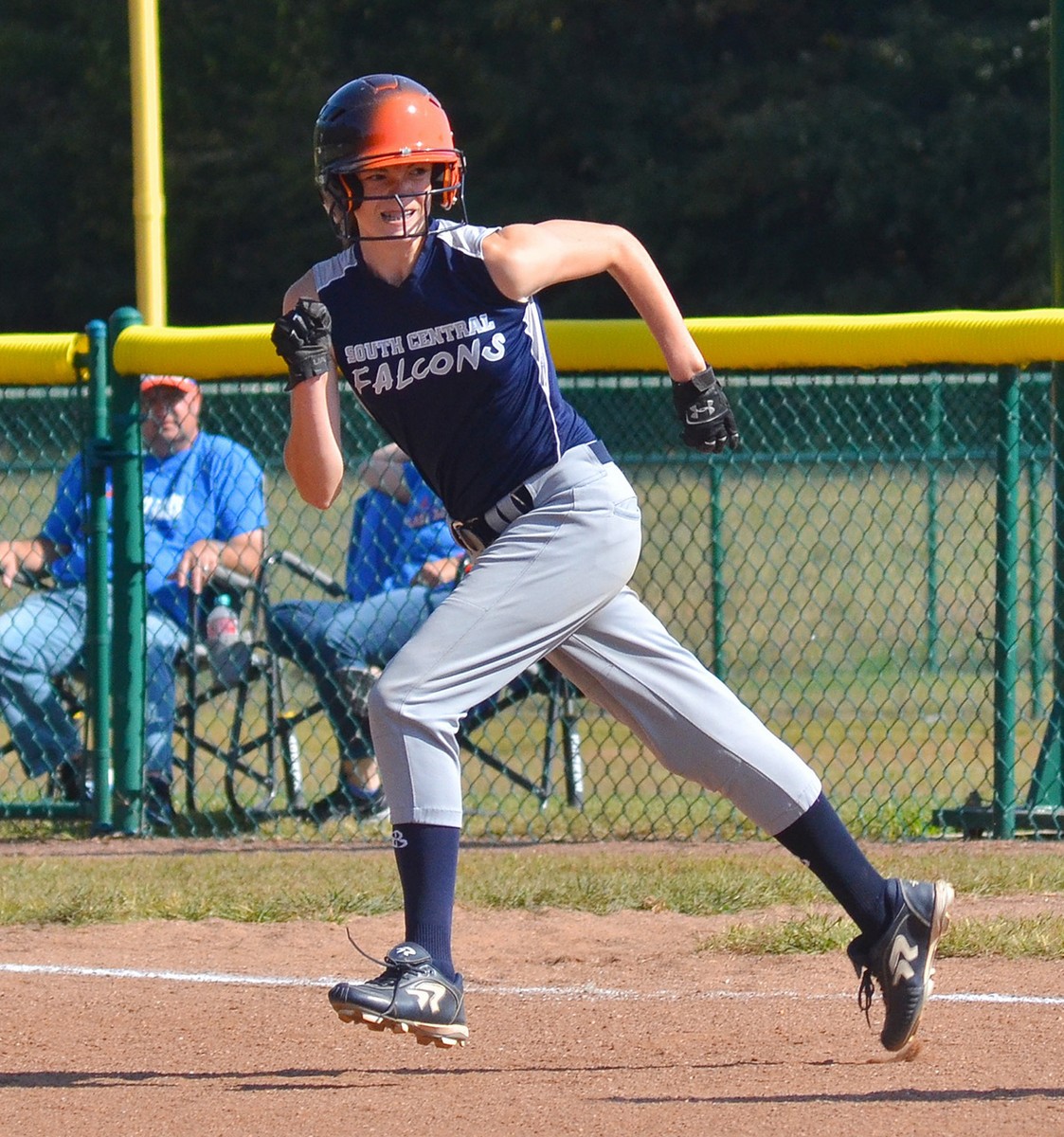 Kinlee Thompson heads for second base on a passed ball.