Eliza Caldwell Browning is not mentioned in the book, “Lincoln’s Ladies, the Women in the Life of the Sixteenth President,” written by H. Donald Winkler, but I think she should have been.

The wife of Orville Hickman Browning, the spirited Elizabeth was Kentucky born and bred, a “genteel” woman. One of 14 children, the library of their father was encouragement for the Caldwell children to learn.
Orville was an established attorney by the time he was elected to the Senate from Adams County. He and Eliza had been married a couple of years and closed their home in Quincy to make the temporary move to Vandalia.
The couple was fortunate to find rooms in the Vandalia Inn and doubly fortunate that a fellow lodger was Abram Lincoln. It wasn’t long before the three of them began to spend their evenings together visiting and storytelling.
Historians say that Lincoln and Eliza met at a pivotal time in their lives. Lincoln was on the verge of becoming a licensed attorney and Eliza, an intelligent woman two years his senior, became someone whose judgment he trusted.
Lincoln wasn’t one who liked to spend time in idle chatter with women, being more at ease in the company of men, so his friendship with Eliza shows that he was comfortable with her.
Both enjoyed poetry.
Mary Burtschi, a noted Vandalia historian, wrote that on one occasion while boarding at the inn, Eliza drew a crayon drawing of Lincoln while he was settled in telling a story. She titled it, “Lincoln, The Storyteller.”
According to Burtschi, it hung in a Quincy law office for a number of years.
In April 1838, Lincoln wrote a letter to his friend, Eliza Browning, in which he detailed the nature of his unsuccessful two-year courtship of Mary Owen.
In the letter, Lincoln showed a little of the inner Lincoln, which biographers treasure.
Eliza kept the highly personal letter private, releasing it seven years after Lincoln’s death.
The first winter after the capitol moved to Springfield in 1839, Lincoln, John J. Hardin, with several others, drafted a plea to Eliza in full legal wording requesting the presence of the “Honoress” in the capitol city and asking her to come to Springfield “forthwith” and bring “all ladies in general … and all Mr. Browning’s sisters in particular.”
They assured her that if she would come, there would be a great improvement in visiting, conversation and amusement.
In the intervening years between Springfield and Washington, the Brownings and Lincolns kept up the friendship, even visiting in each other’s home.
During the 1858 Lincoln-Douglas debate in Quincy, Lincoln was a guest of Orville and Eliza’s home.
In 1861, Orville was appointed by Gov. Yates to take the Senate seat of the recently deceased Stephen A. Douglas. Eliza and their foster daughter, Emma, joined him in Washington in Feb.1862.
Within a short time of her arrival, the Brownings were summoned to the White House, only to find the family in deep mourning. Willie Lincoln was dead from typhoid fever and Tad lay dangerously ill with the same disease.
Orville wrote in his diary that Mary Lincoln “would not consent” to Eliza leaving. This is the same Mary Lincoln who looked with distrust on most women who came within Lincoln’s orbit.
The friendship that began in Vandalia during the winter of 1836 continued throughout Lincoln’s presidency.
Eliza, referred to as Lincoln’s “loyal confidante,” died at her mansion house in Quincy in January 1885 and rests with her husband there in Woodland Cemetery.
Now you know why I think Elizabeth Caldwell Browning would have been a good fit for a book about the “ladies” in his life. 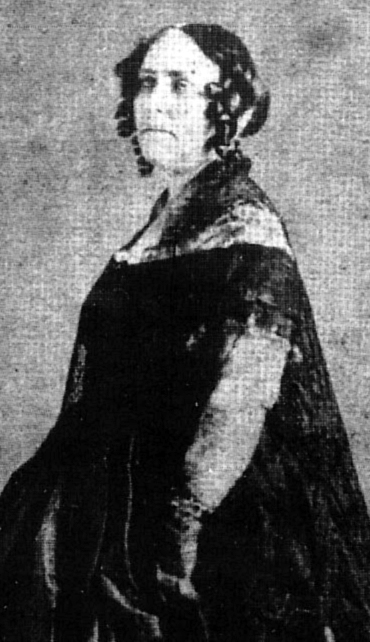