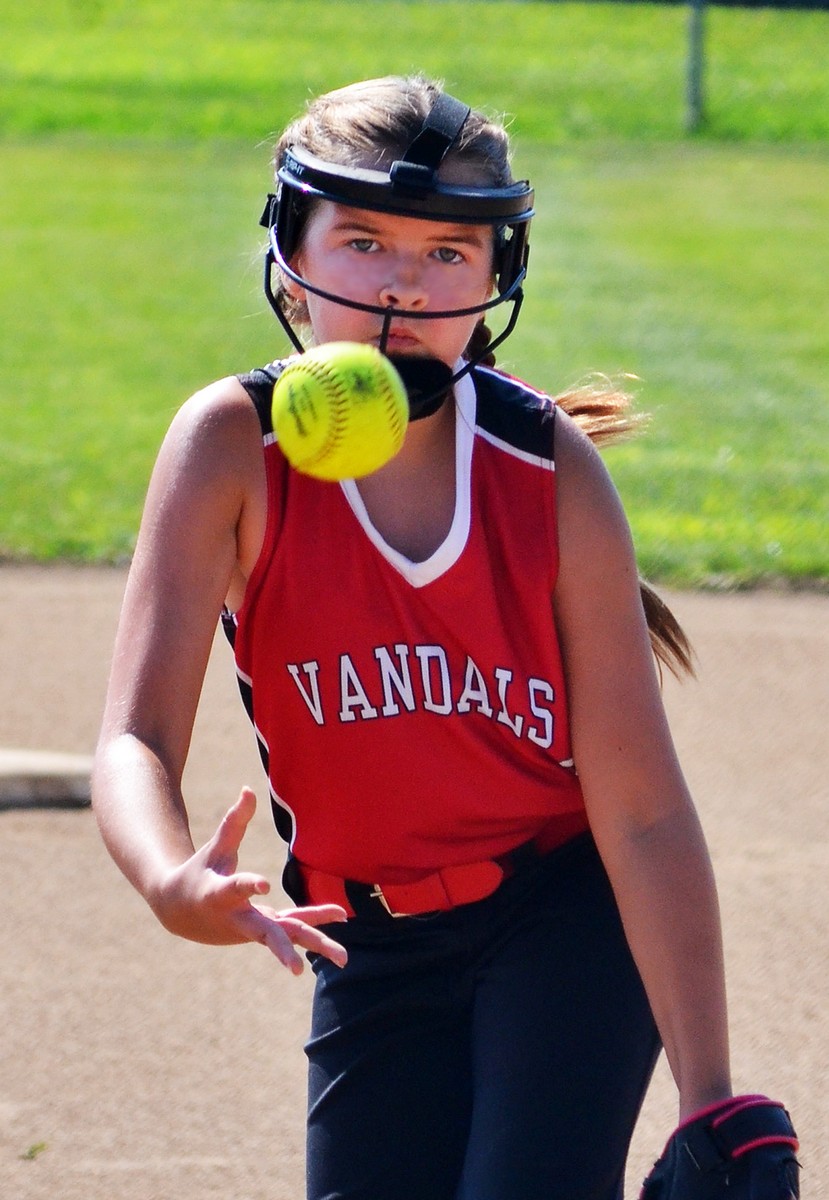 Addyson Schmitt pitched the 10U team to a win against Clinton Count Xplosion. 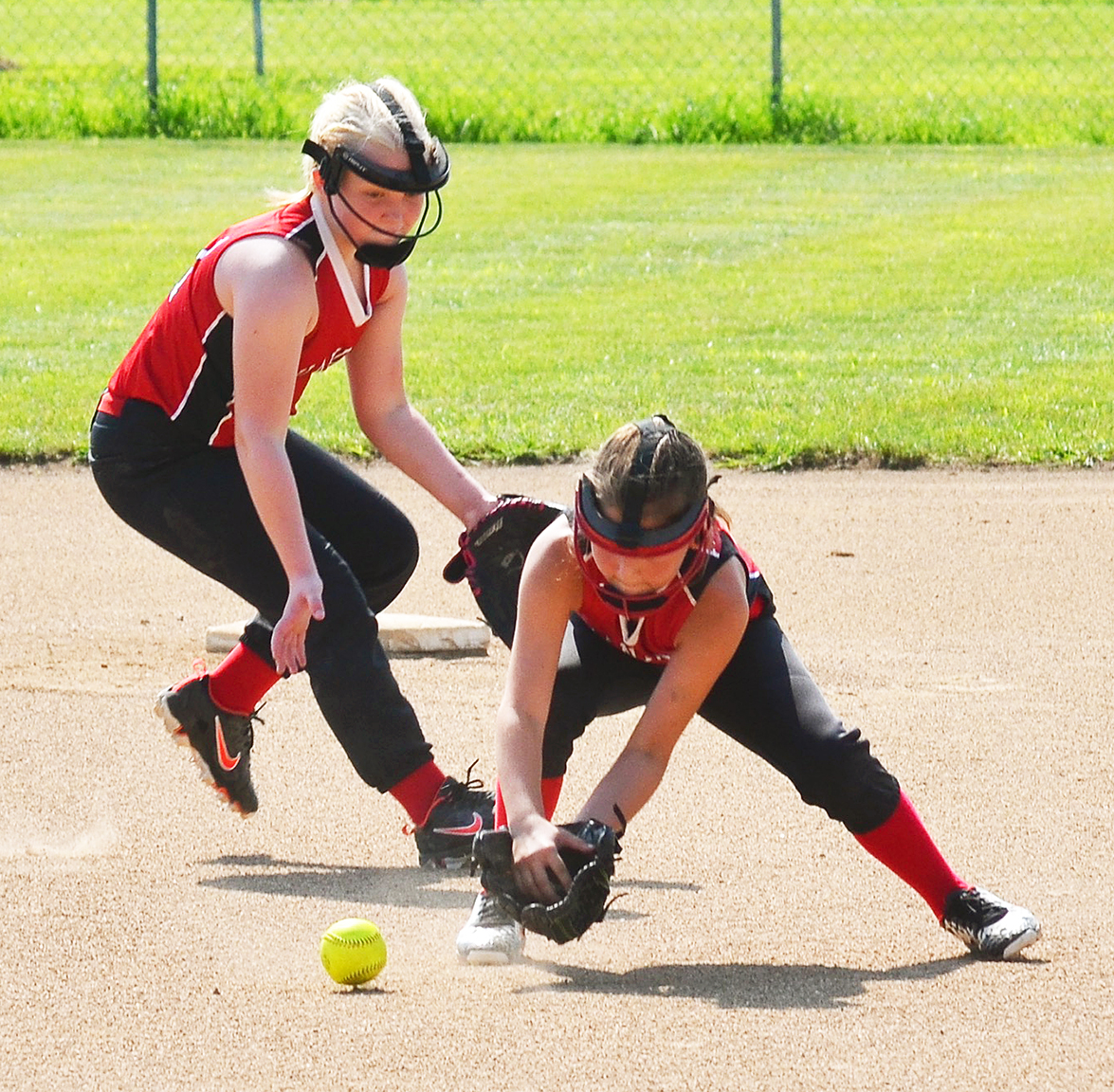 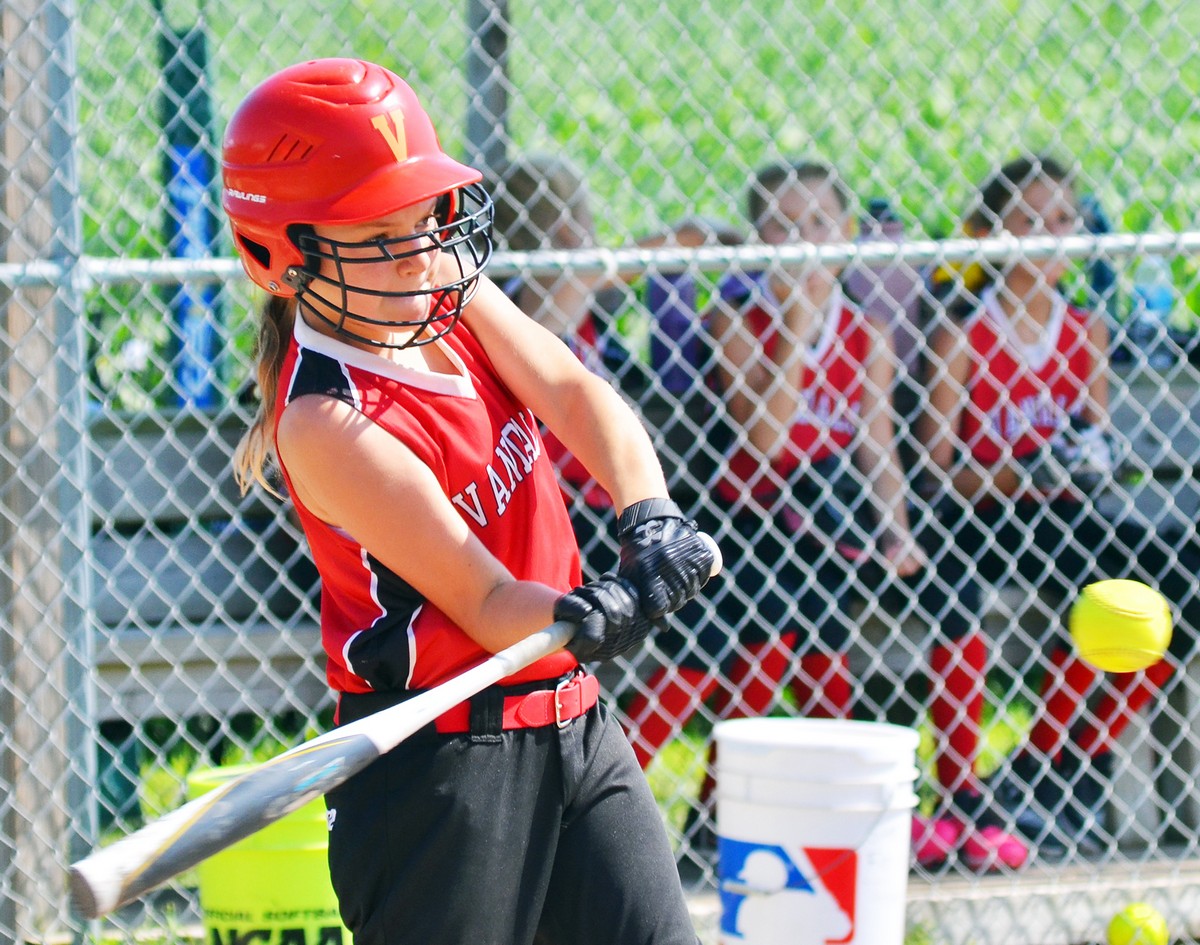 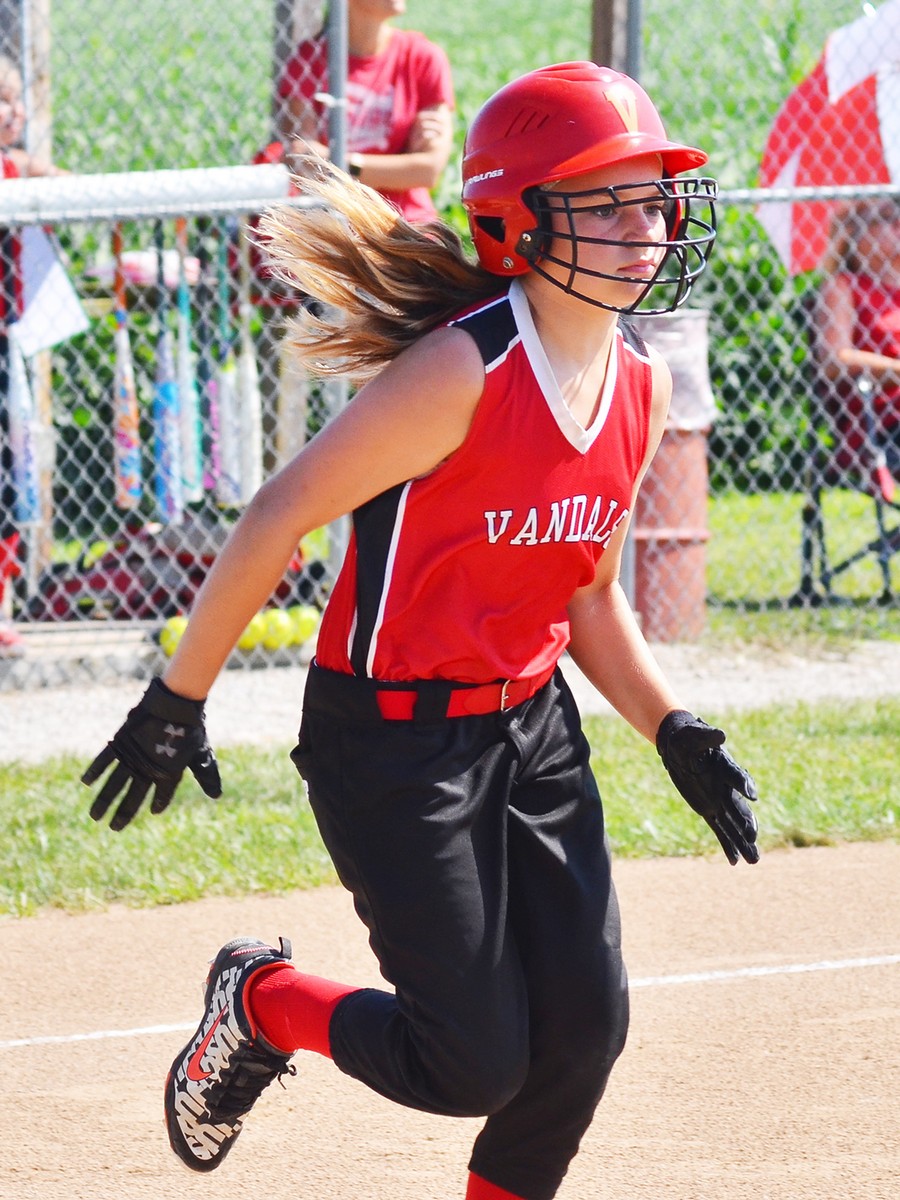 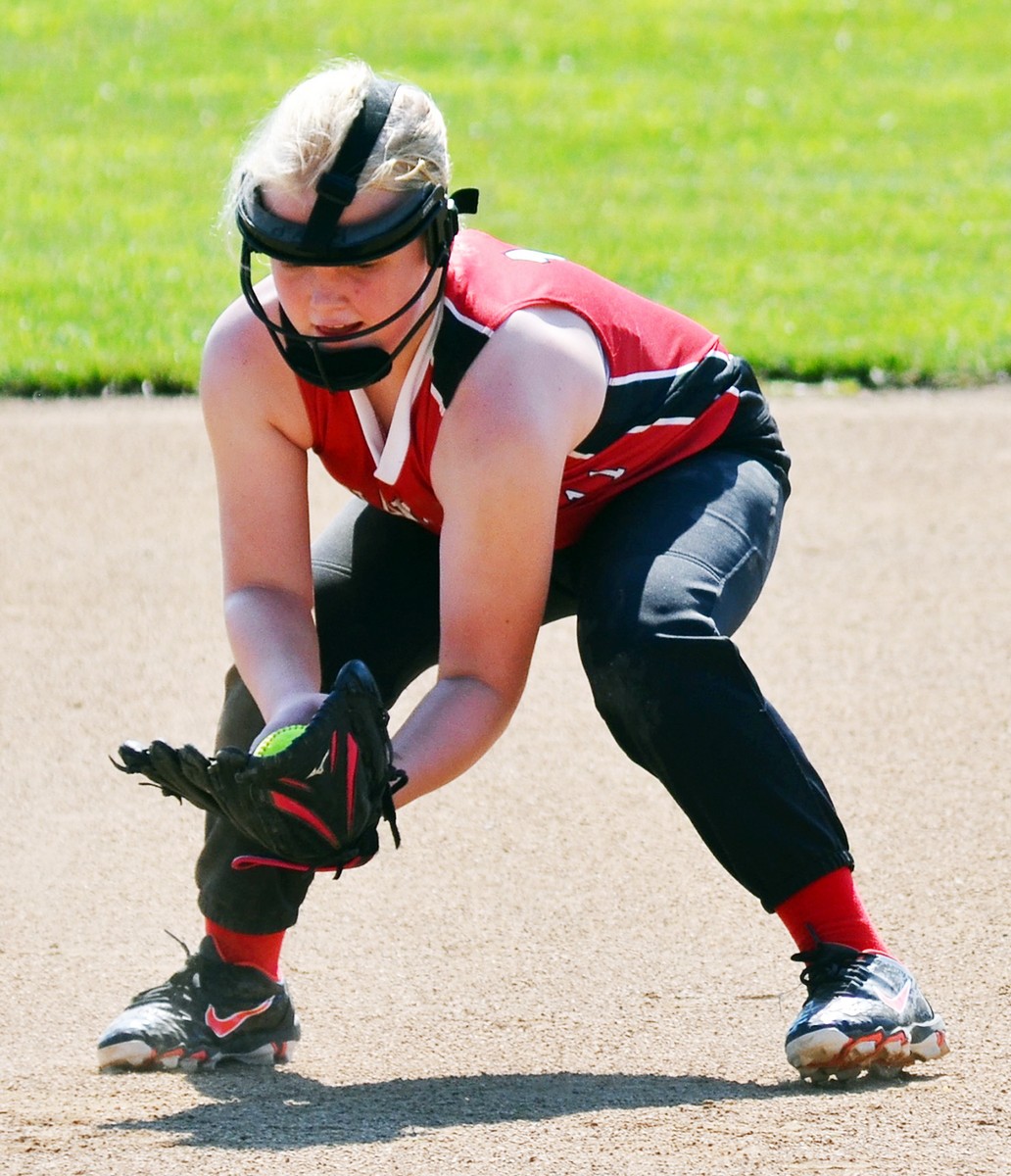 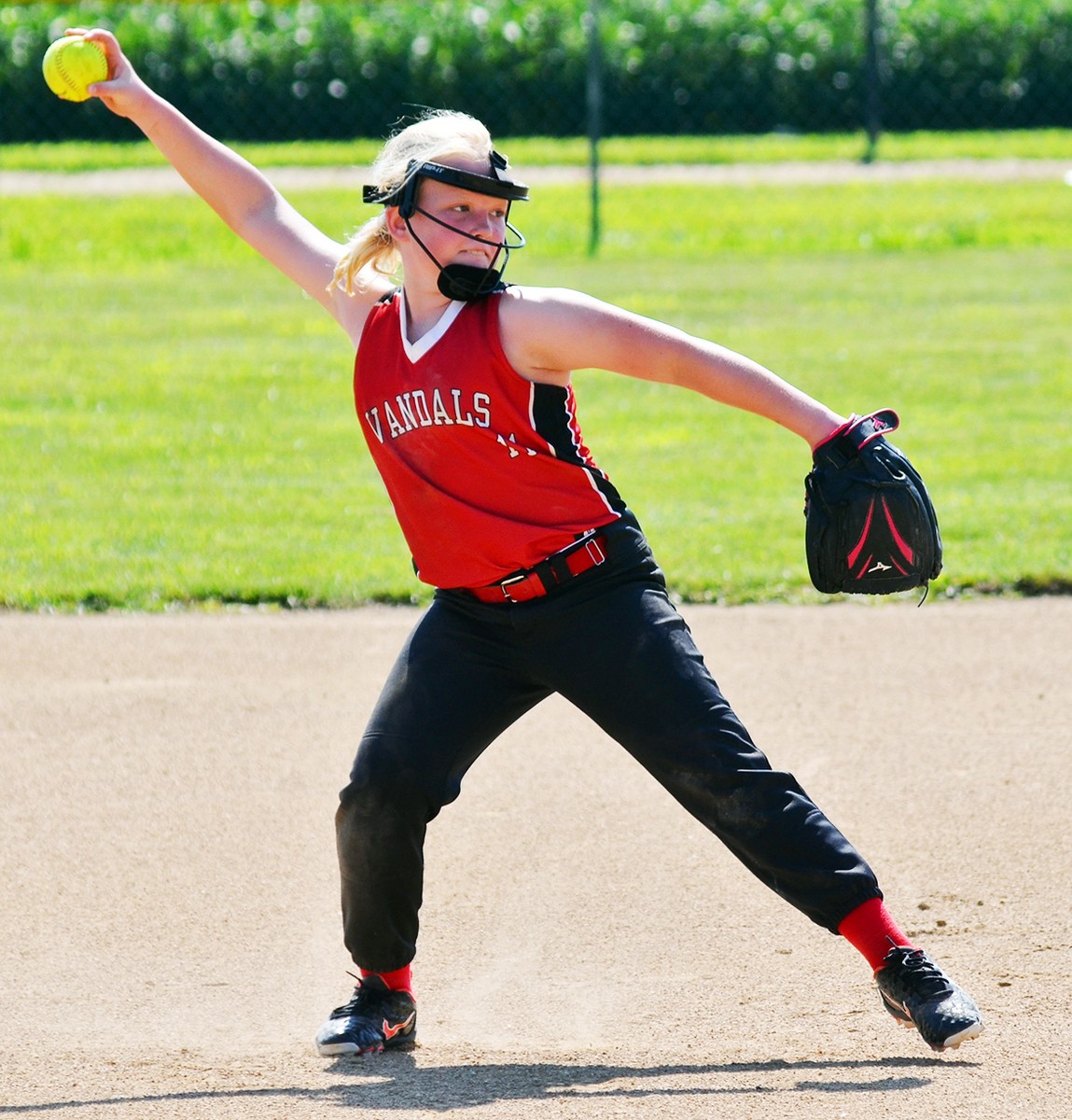 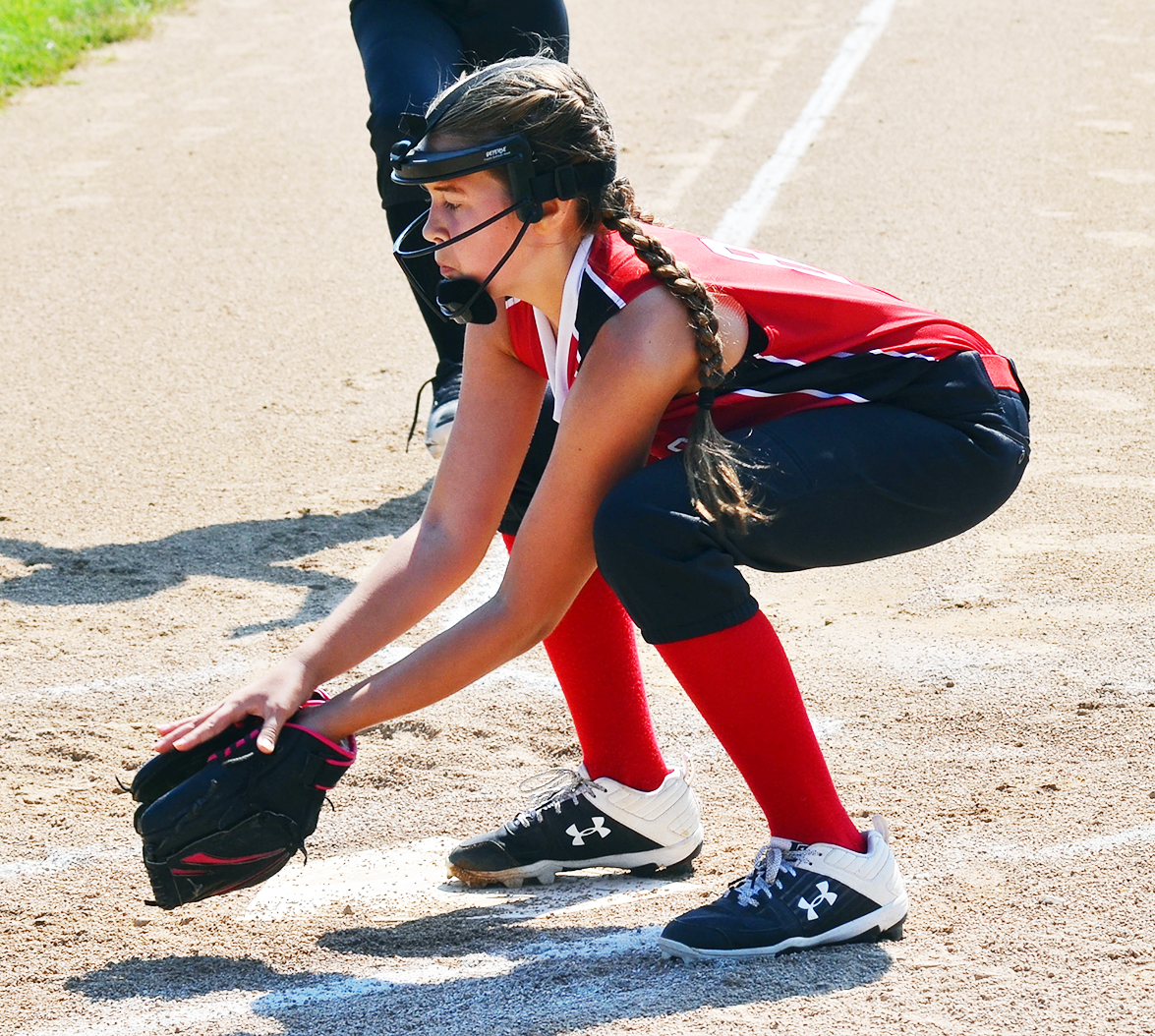 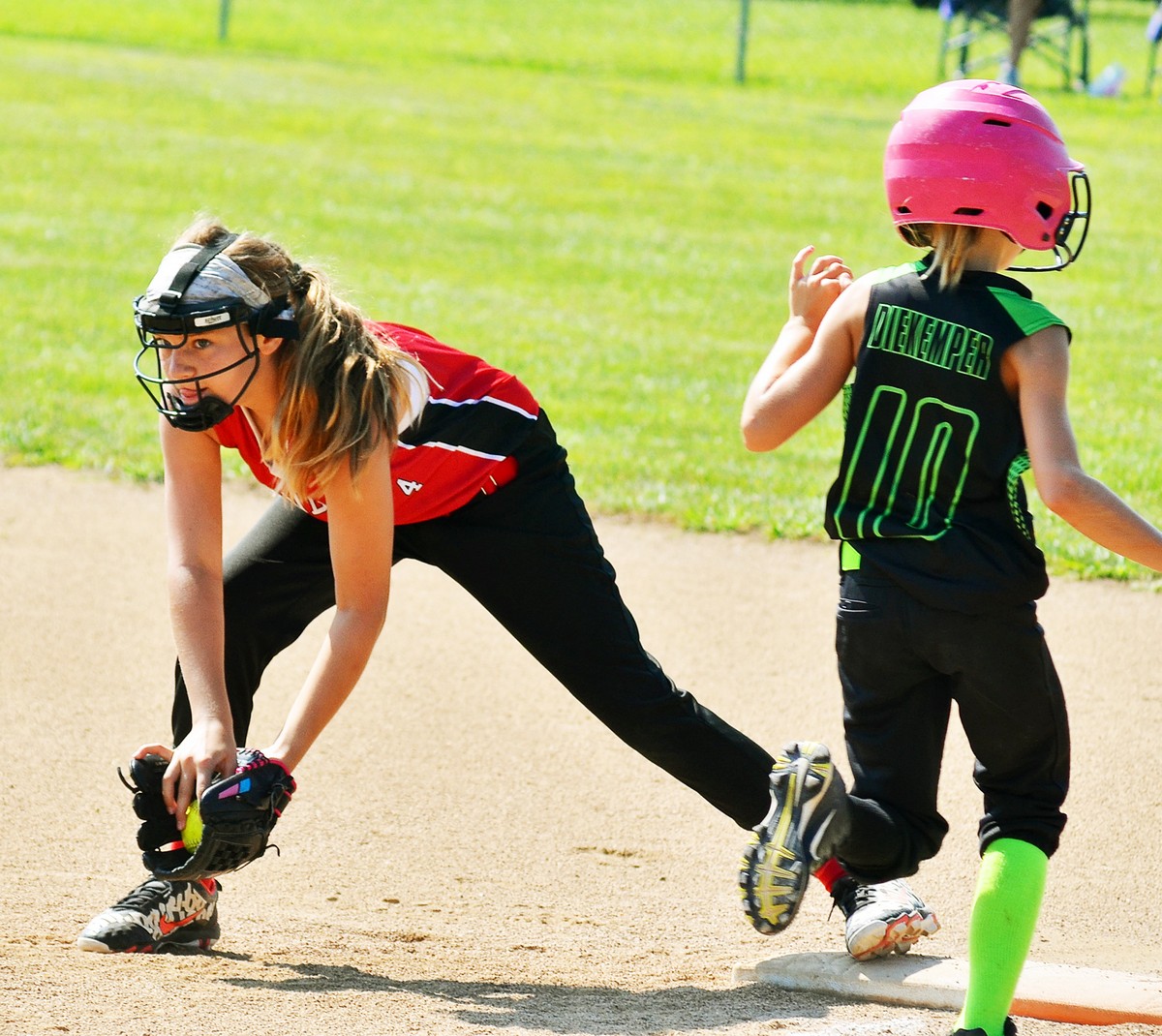 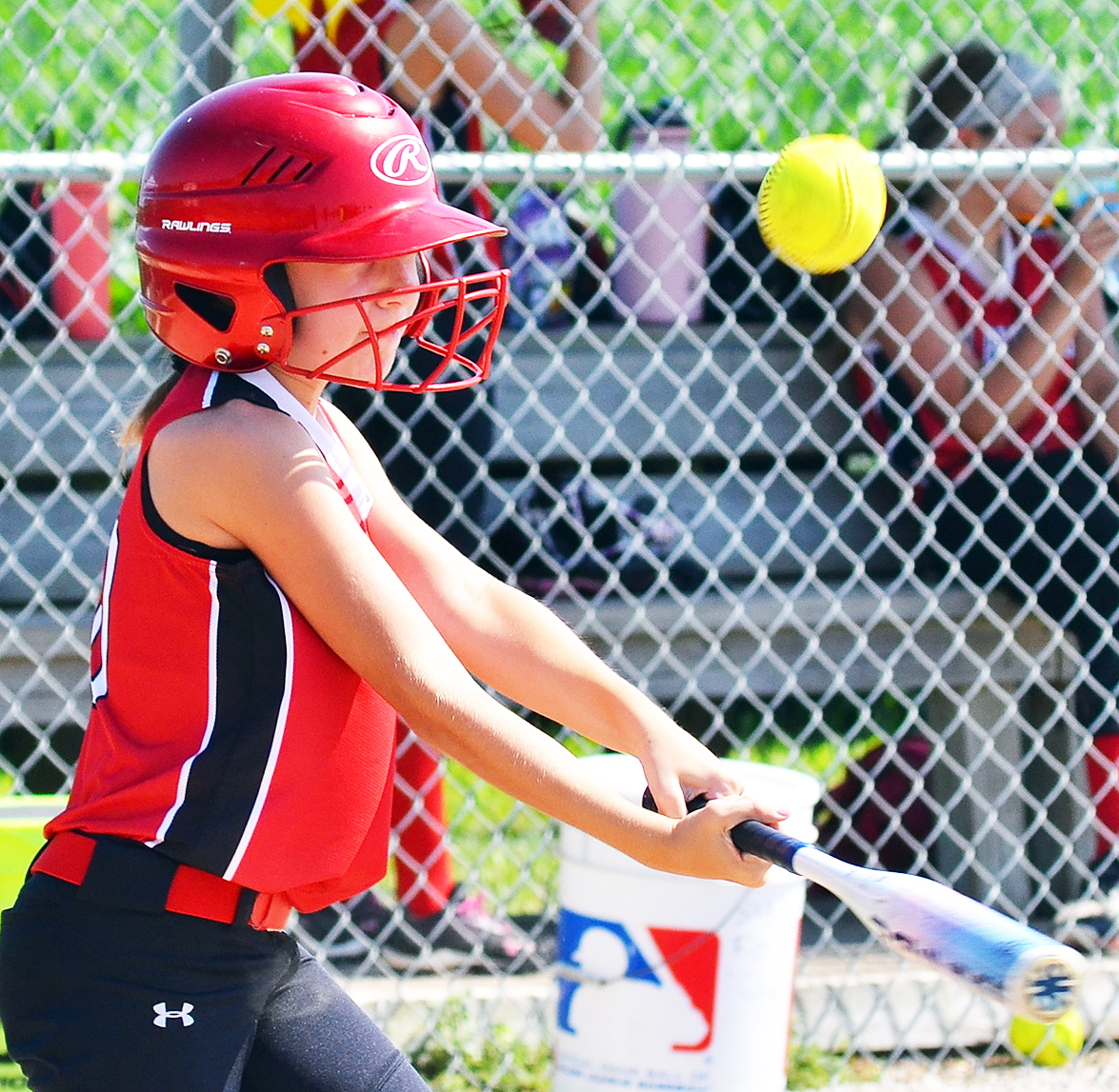 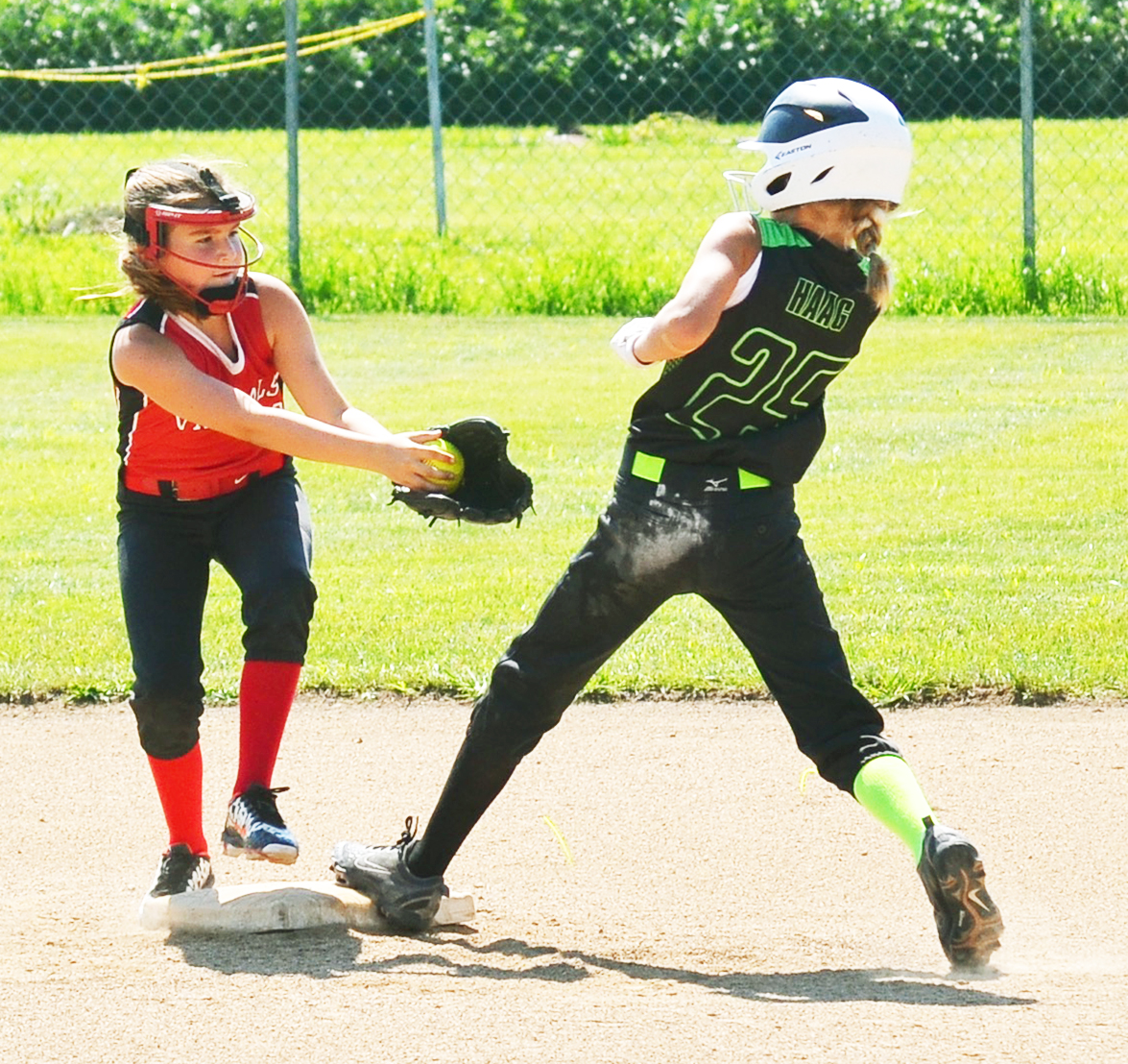 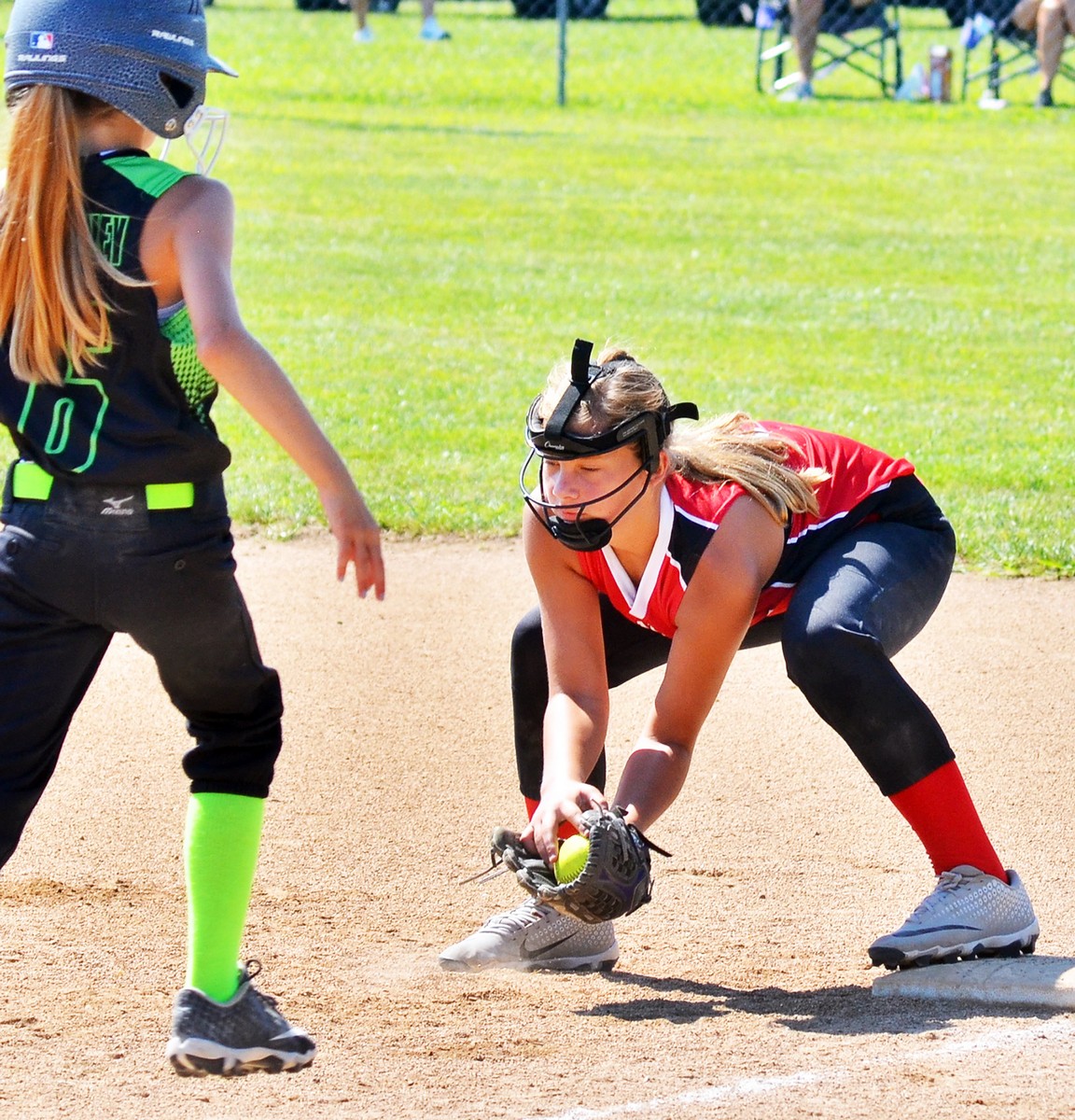 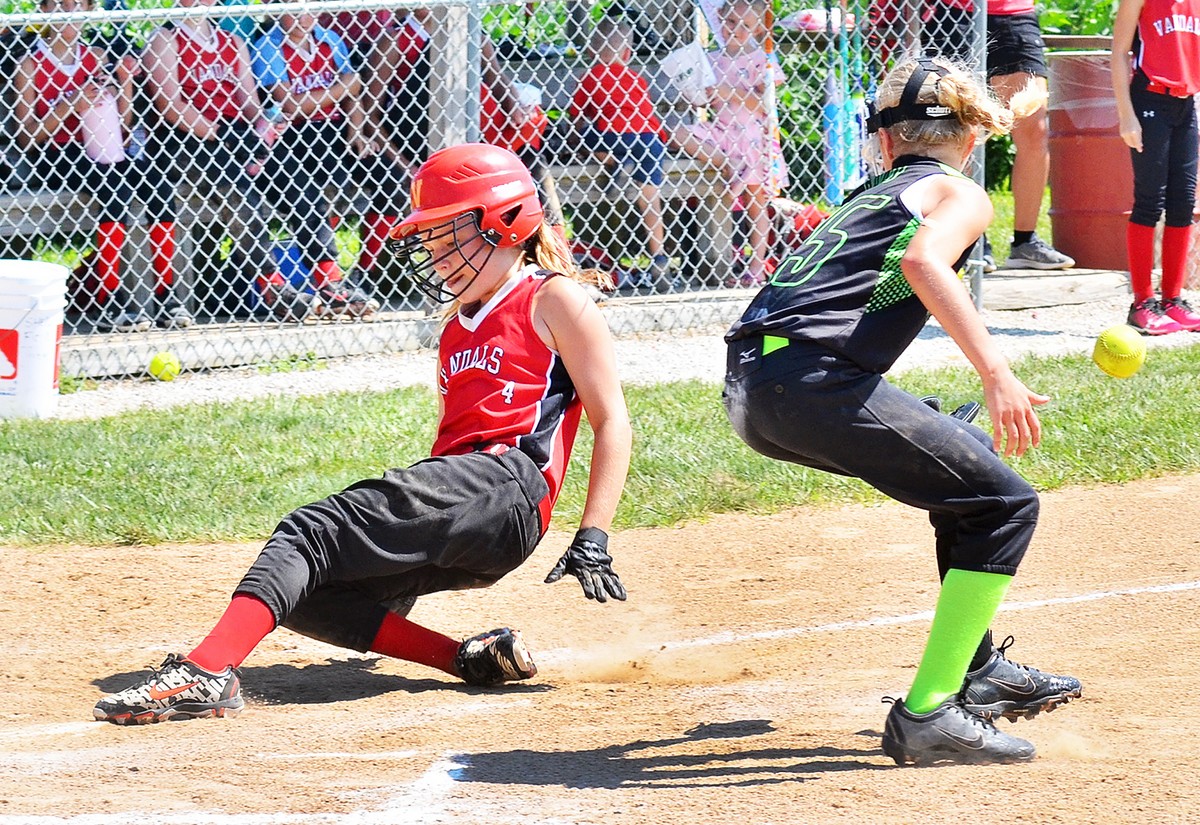 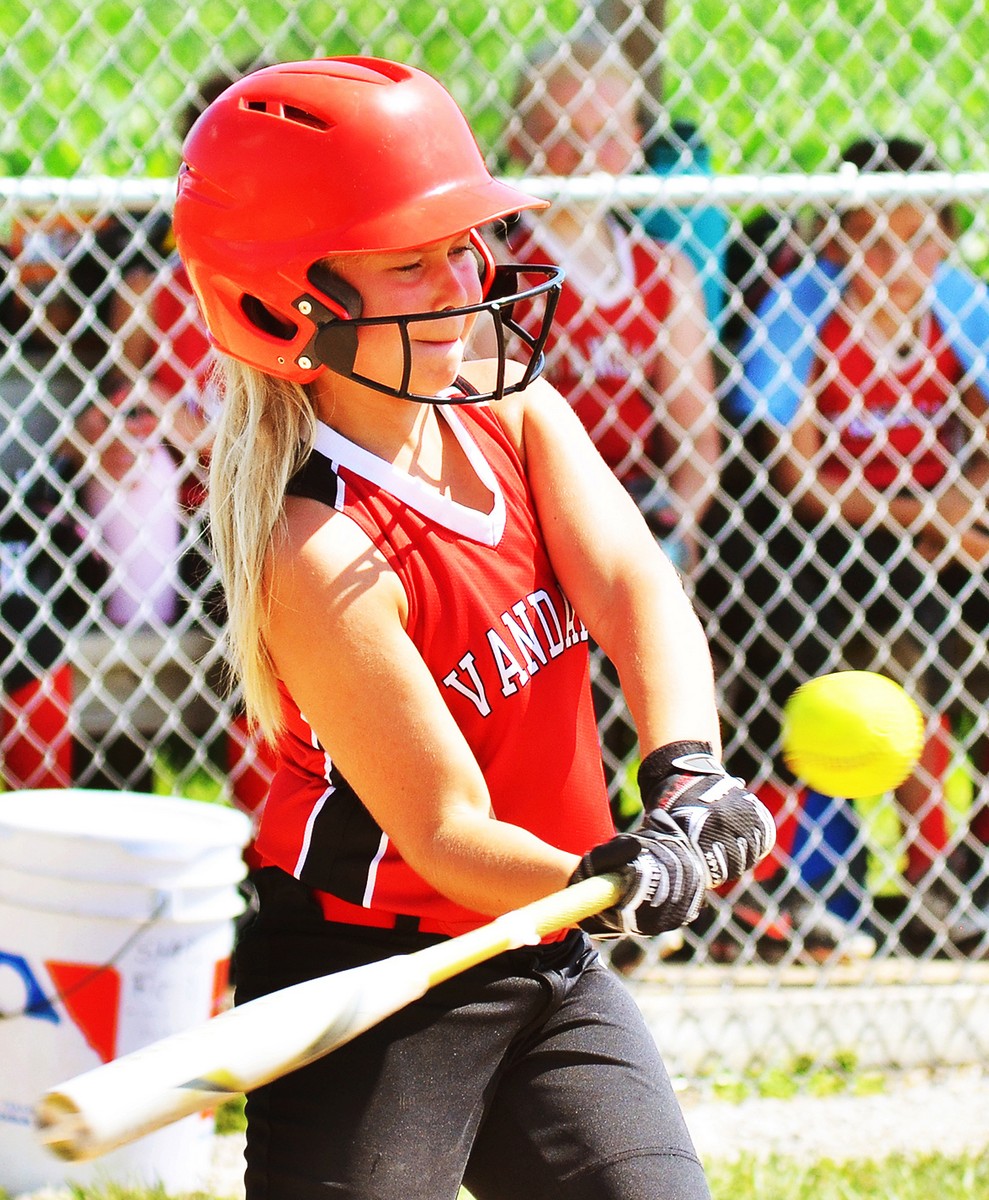 Katy Sefton makes contact with a pitch in the win over Clinton County Xplosion. 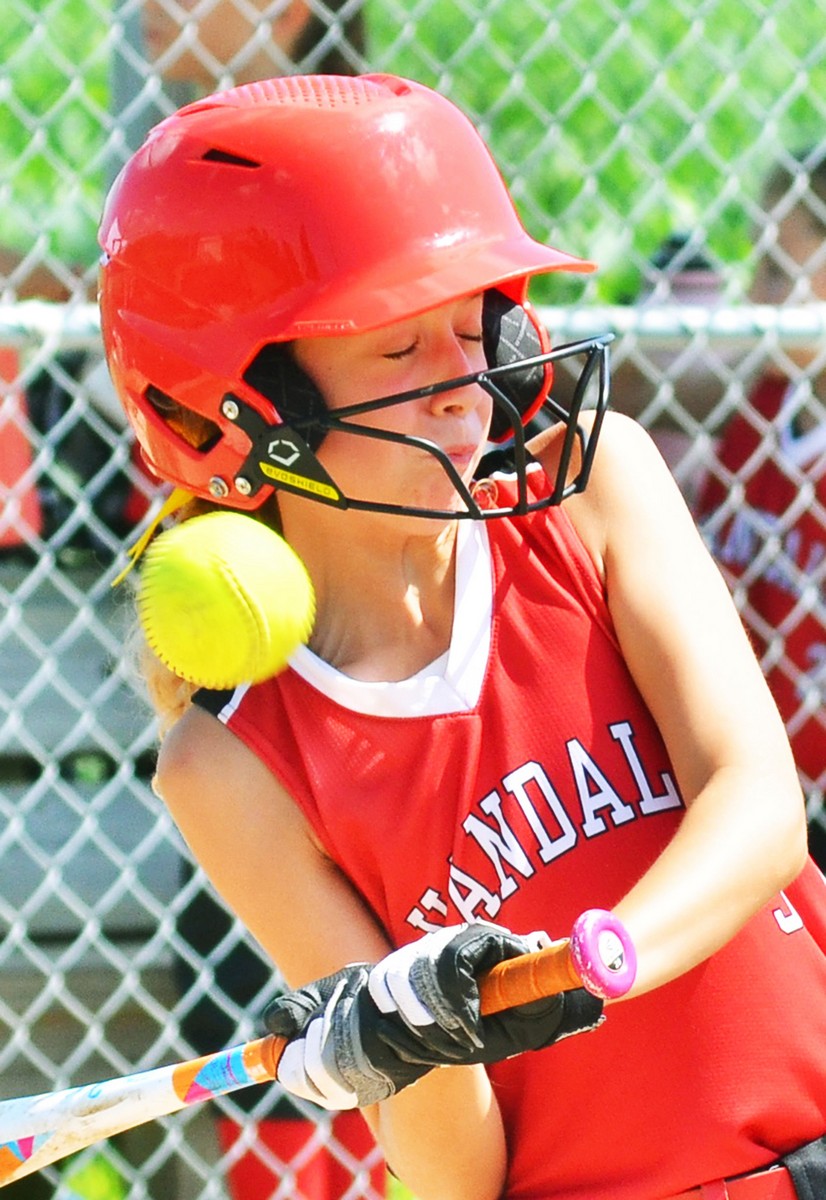 Caroline Rinehart winces after getting hit by a pitch on Saturday morning. 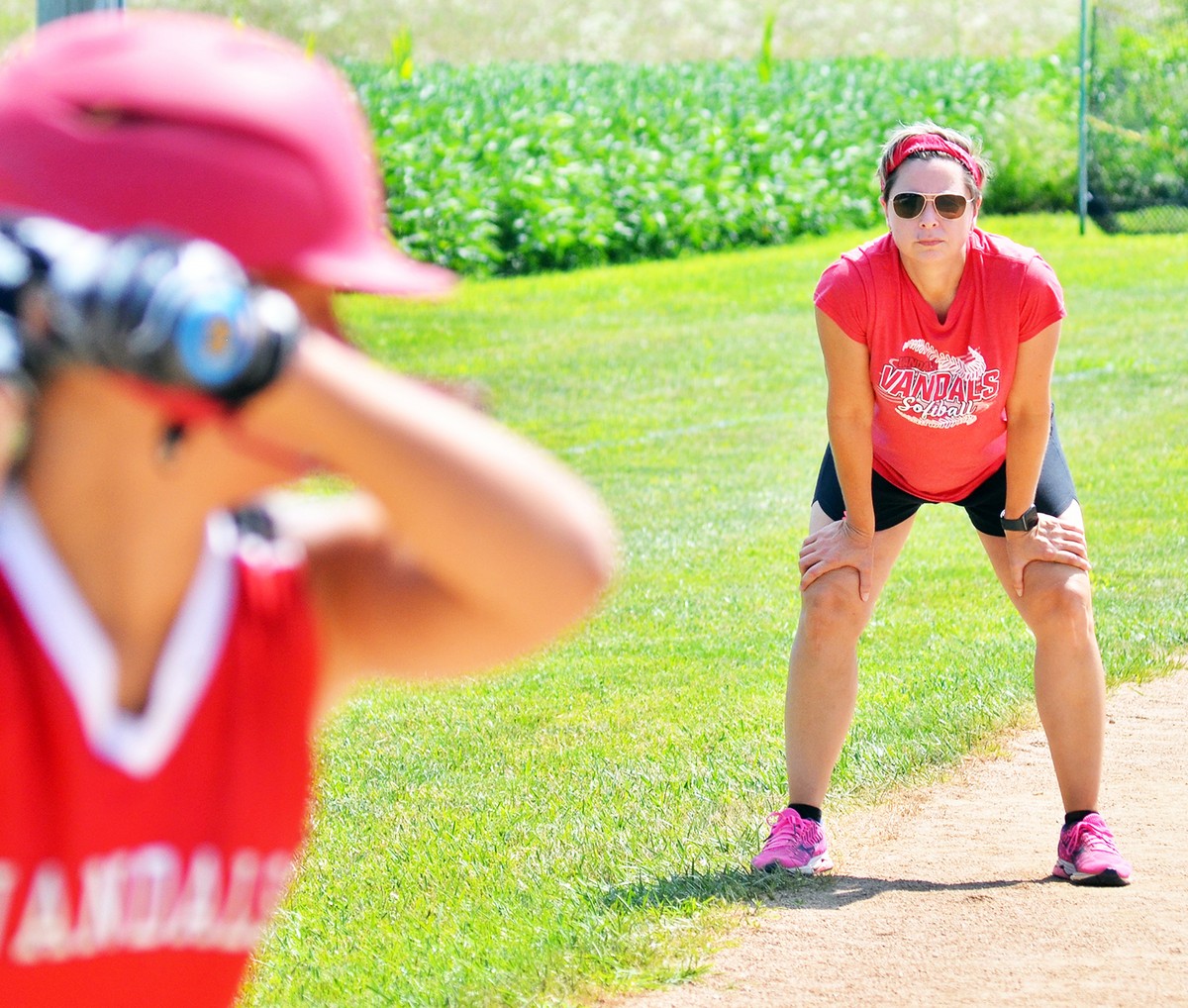 Third base coach Jennica Sefton looks on as one of the 10U players bats.

Elaina Hagy scores one of the runs as the 10U squad added two runs to pick up a come-from-behind win on Saturday morning. 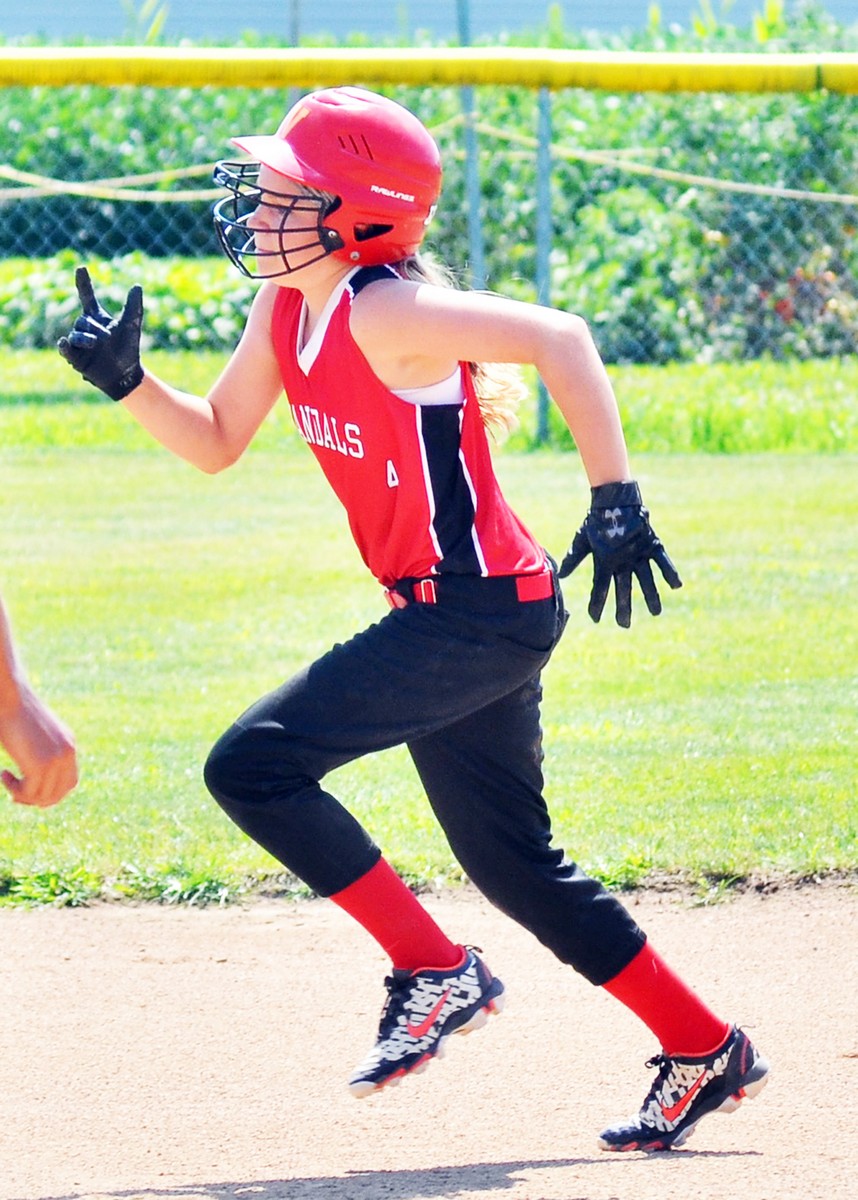