With several business owners in the county requesting that “non-essential” businesses should be allowed to operate while following safety guidelines, the Fayette County Board on Tuesday approved a resolution supporting such action.

For a meeting that was scheduled to be held by teleconferencing, 13 of 14 board members were present, along with Bellwether representatives and several county office holders were present for the meeting at the Vandalia Moose Lodge.
They were meeting at that location after some county business owners announced plans to hold at the Moose Lodge a rally to encourage reopening of local businesses.
Board members were presented prior to the meeting a resolution calling for Illinois Gov. JB Pritzker to allow local government to implement a plan for reopening businesses.
Prior to a vote, board member Bryce Kistler presented changes to that proposed resolution, with the amended document stating that the board “endorses and recommends the Back to Business plan” that includes three phases of reopening local businesses.
State Rep. Blaine Wilhour (R-Beecher City) was present to support that plan, which is on pages 5 and 6 of this issue.
During the public comment section of the meeting, some county merchants voiced their concerns about not being able to operate.
Those represented at the meeting included The Turning Leaf flower shop, salons Radiance Hair and Nail Salon, Cut Loose and All About You Day Spa, and Summer Breeze, an event venue in St. James.
Drake Thompson, owner of The Turning Leaf, told board members that based on “the low amount of (coronavirus) cases that we have had in the county,” he doesn’t know why the local businesses can’t open, “as long as we’re practicing safety measures.”
Angel Kopp, who owns Radiance with Misty Thompson said, like Drake Thompson, that the people working at salons are all self-employed, “so we don’t get any extra help.
“We’ve all, most of the girls here filed for unemployment, but we get denied because we haven’t paid into unemployment, which I understand, but also, we are made to stay home.
“So, we get zero pay (and) we go from (having an) income to nothing, and we’ve been off probably 10 weeks,” Kopp said.
She told board members that she’s fortunate to have a husband who is working, but that some others do not, and therefore do not have any income.
“It’s a little harder with our business because we do hold state licenses, so that’s a little up in the air, but any kind of support from you guys we would appreciate,” Kopp said.
“And we’re here to support other small businesses, like Drake said. “When you have big places like Walmart that have herds of people coming in, but my salon is four girls total and we never have more than 10 people (in the salon), so we can really do this.
Wearing masks and hiring someone to clean the salon, which they did before the pandemic, and having customers wait in their cars for their appointments are measures that Kopp said her salon could take.
“We’re willing to do whatever it takes to get back to work,” she said.
Drake Thompson said that he can’t understand why people can go into Walmart, where wearing a mask is optional, “but we can’t even be open.
“I can’t physically fit the amount of people that go into Walmart (into his flower shop),” he said.
Tammy Lash, who owns Summer Breeze Barn Venue in St. James, said she has customers “emailing me, ‘OK, what to do about my wedding?’
“I had a wedding (scheduled) in June, and she’s postponed till August,” Lash said. “But, I don’t even know what to tell her about August.” 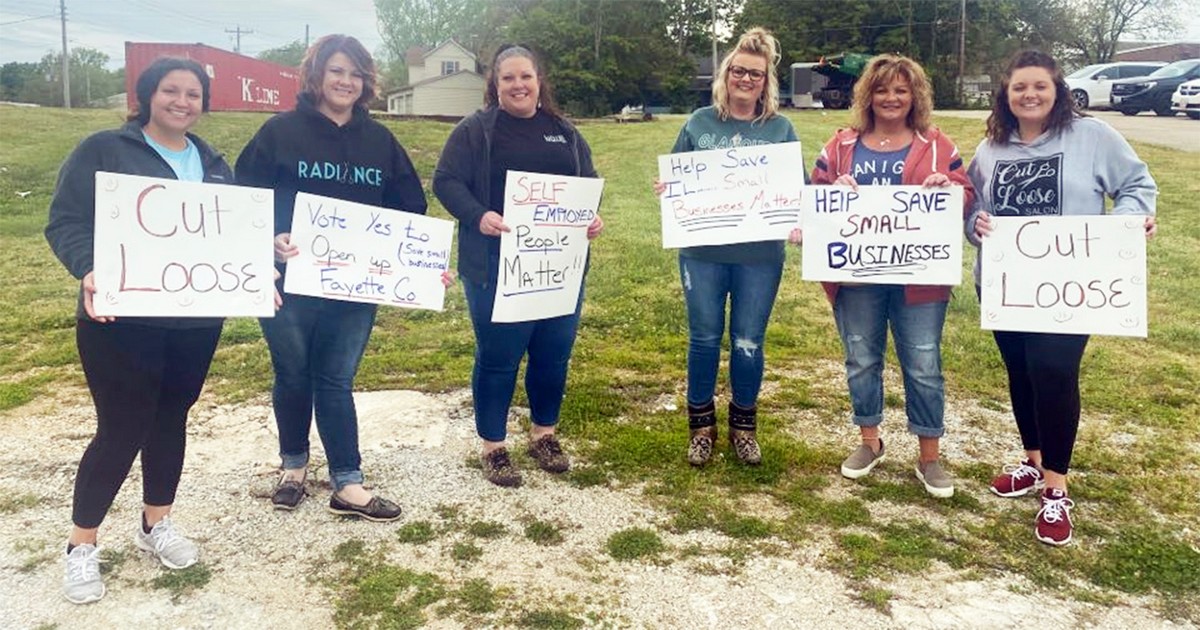 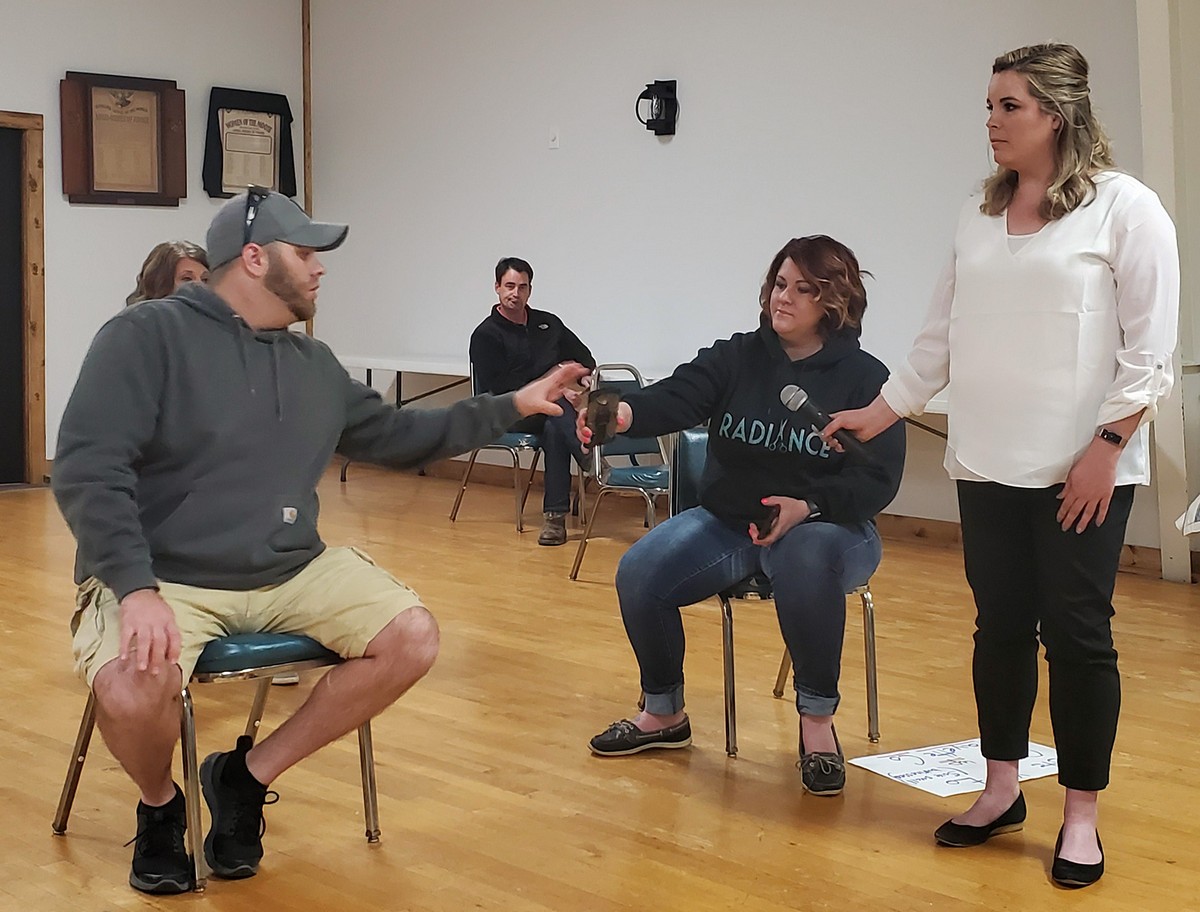