The Lady Vandals came from behind in the first game and carried that momentum into the second game to defeat St. Elmo/Brownstown last Thursday in the season opener for both teams.

Vandalia won the first game, 25-23, then took the match with a 25-13 win in the second game.
Lady Vandals coach Haley Wollerman said the come-from-behind win was a result of something the squad worked on in the preseason.
“I’m really proud of the girls,” Wollerman said. “Our big motto is refuse to quit, refuse to quit no matter what, whether that’s going for a point or having to fight back to win the game.
“We worked hard on that this summer, and I think it showed tonight on the court,” she said.
“It may have looked like we were down, but we refused to quit and were able to come back and win the game.
“I think that helped to give us that momentum for the second game,” Wollerman said.
“Anytime you come back from being down, whether you are down by two or 10, it carries into the next game,” she said. “You just want to prove yourself so much more.”
Vandalia – Hagy 2 aces, 2 kills; Kern 3 kills; McNary 7 assists, 4 kills; Sam. Miller kill; Syd. Miller 3 aces; Wehrle 5 kills, block. 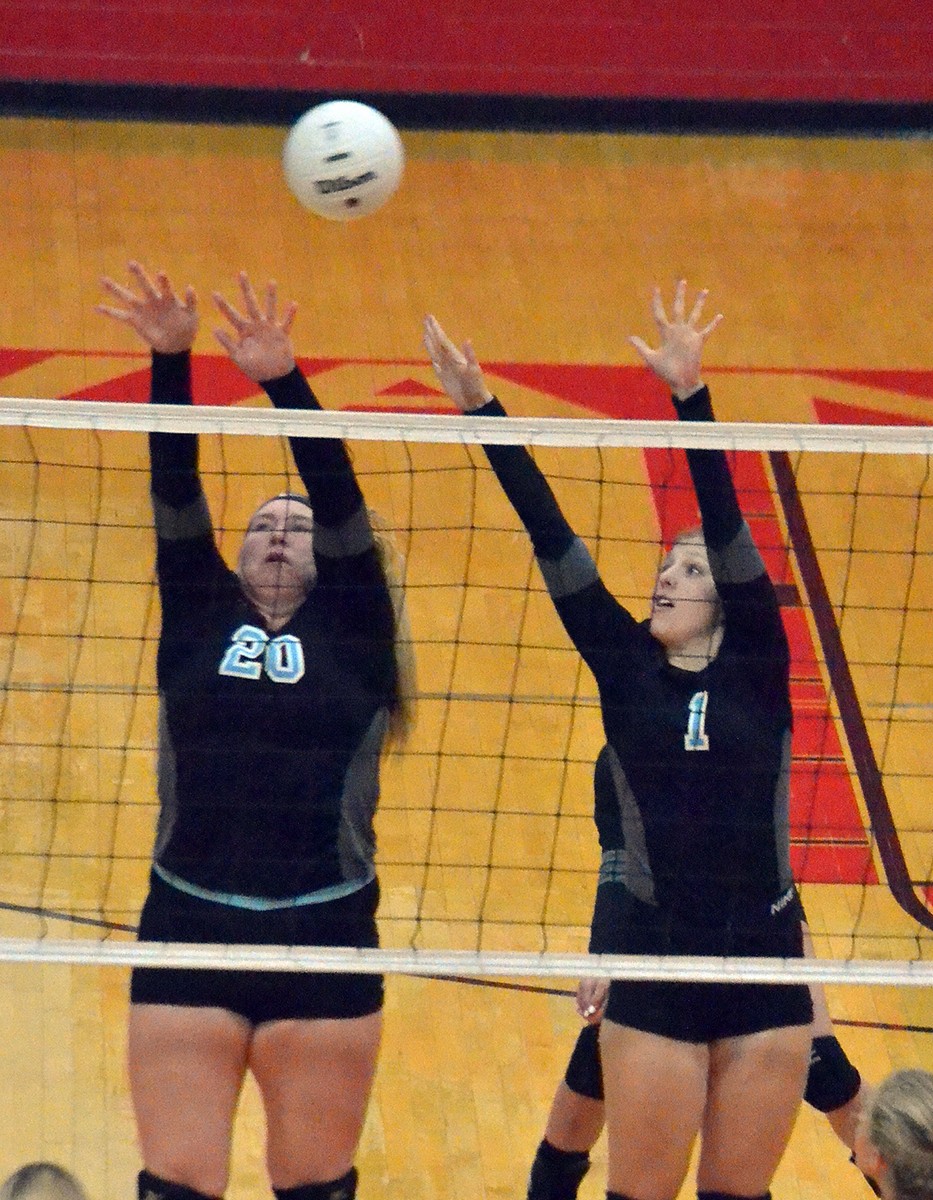 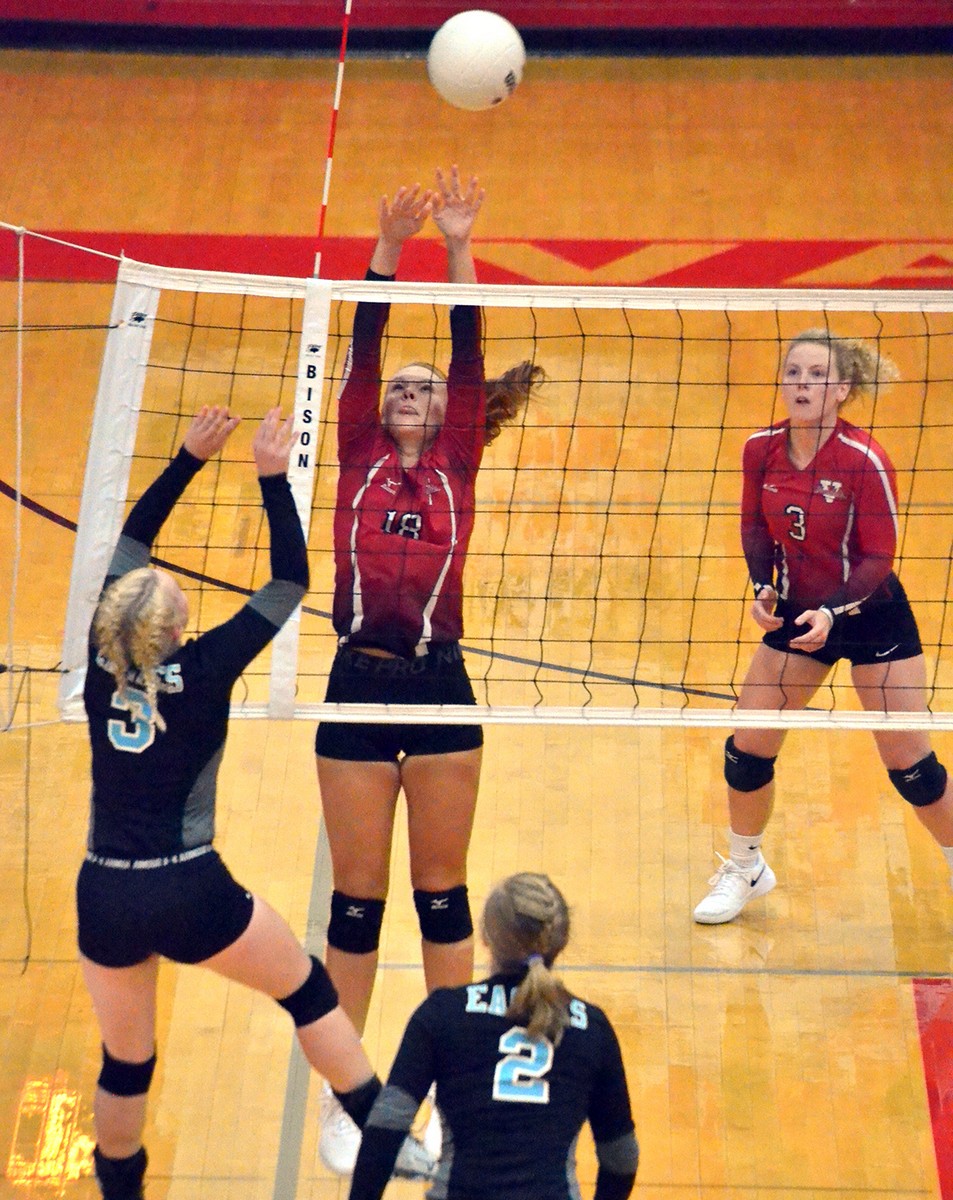 Samantha Miller of Vandalia attempts to block a shot by Josie Strauch as Lanee McNary of Vandalia and Vayda Smith of St. Elmo/Brownstown look on. 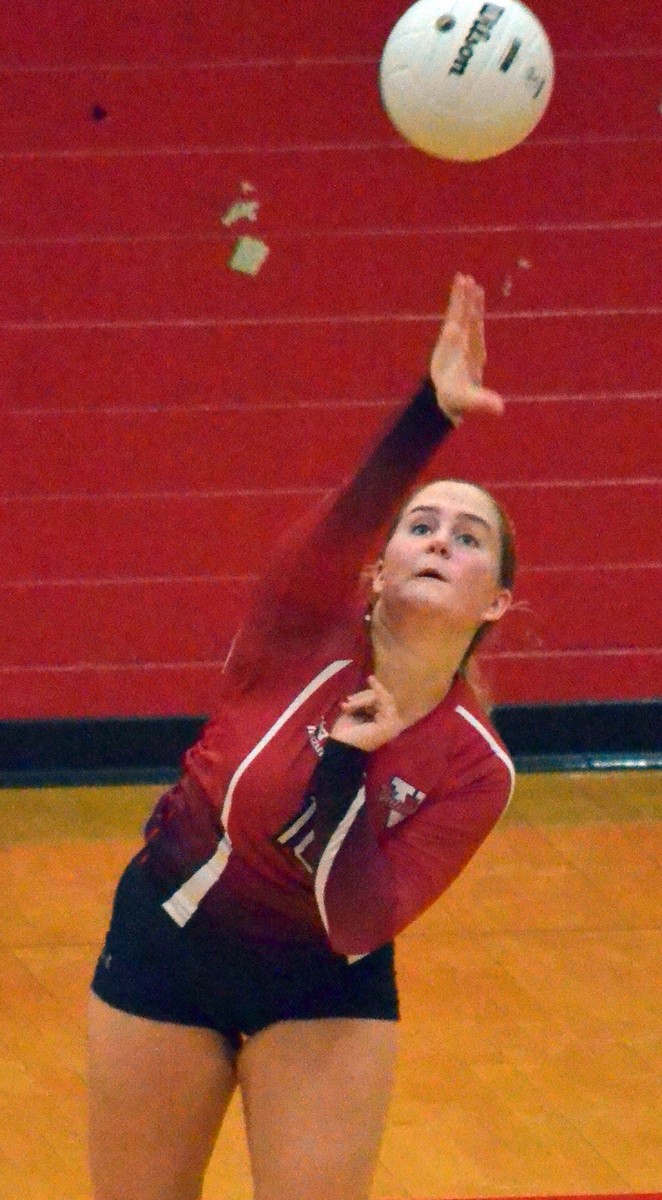 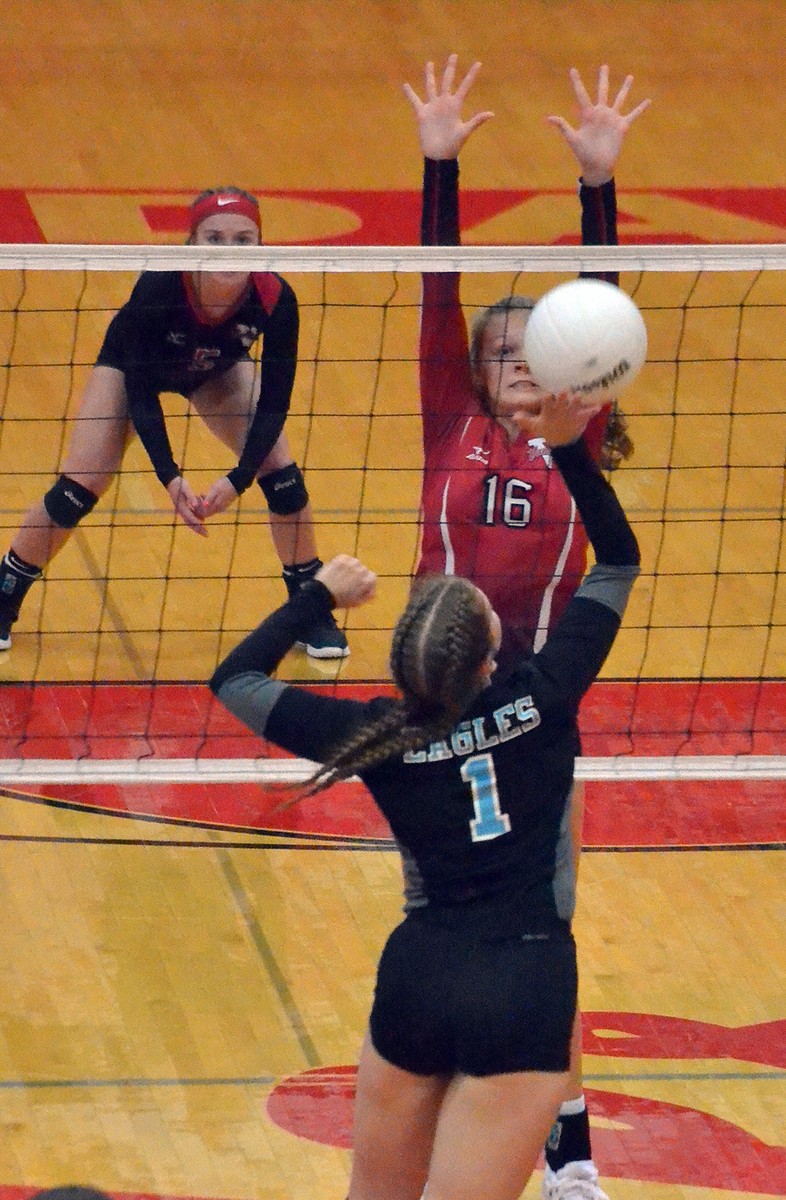 Cassidy Moss of St. Elmo/Brownstown tries for a kill as Lexi Wehrle attempts a block. Miley Worker looks on. 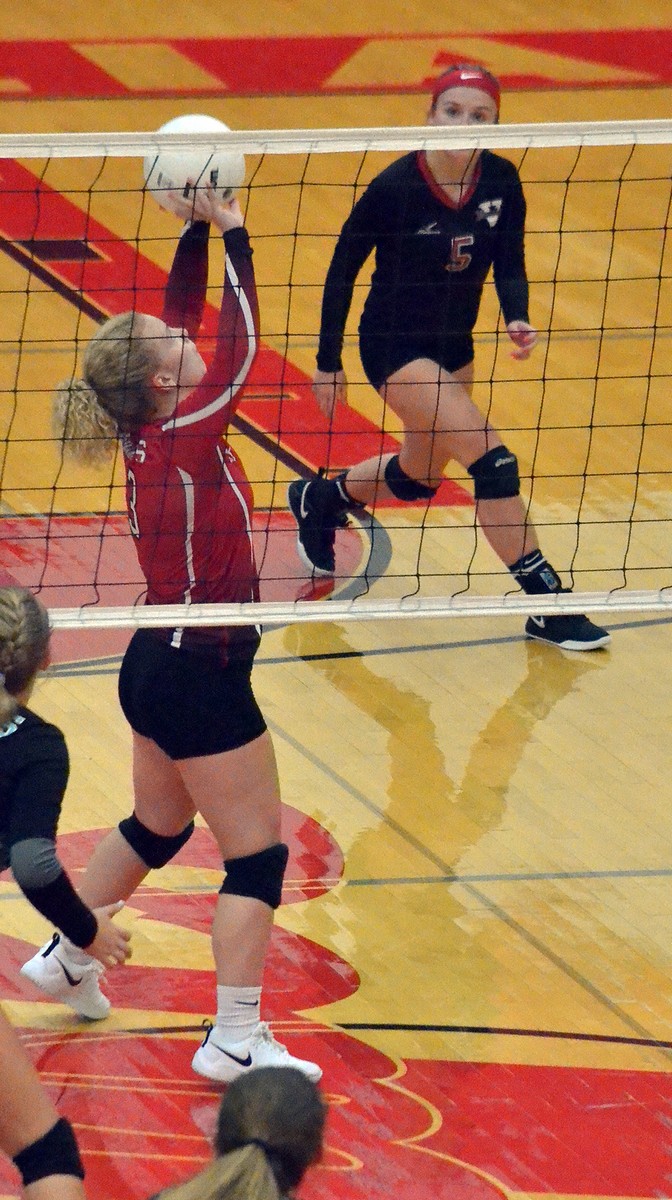 Vandalia’s Lanee McNary sets up a teammate as Miley Worker looks on. 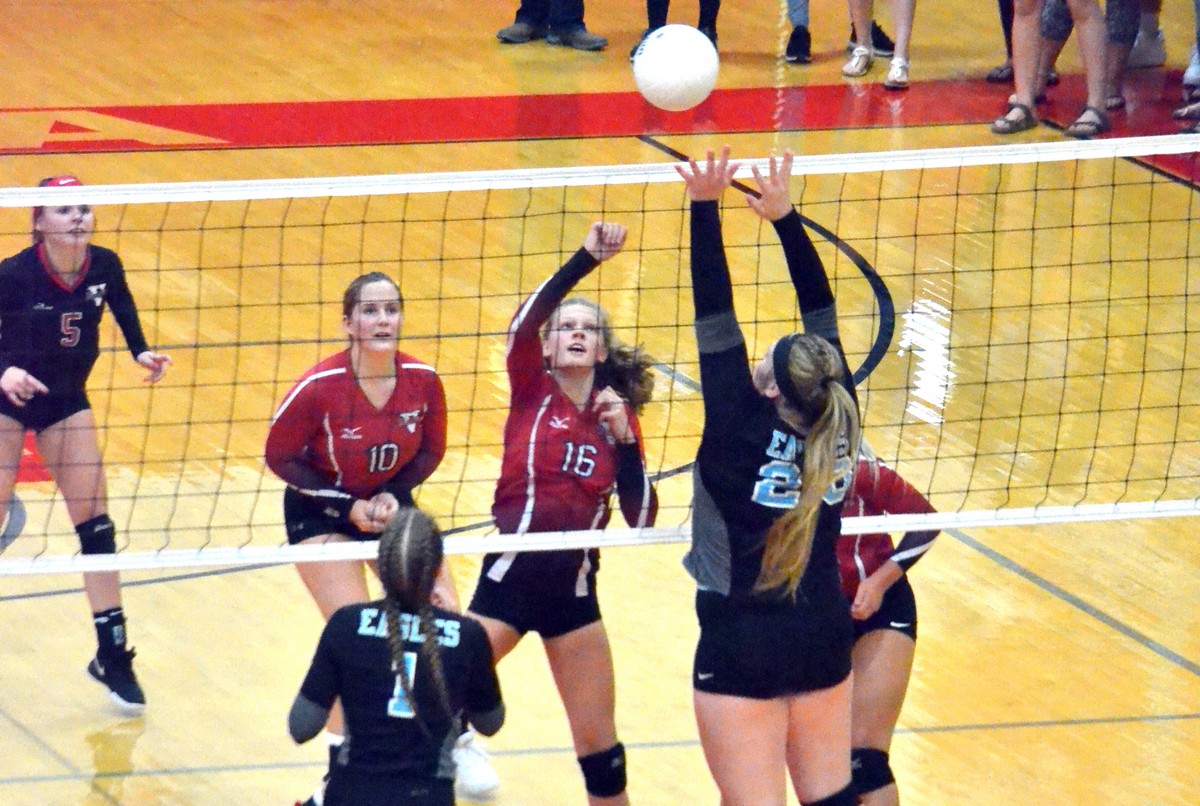