Eight years ago, superintendents from school districts in Fayette County met to learn about the benefits of enacting a countywide 1 percent sales tax.
Now, school officials are moving forward with a plan to put that sales tax increase before county residents.
The Vandalia Board of Education on Tuesday approved a resolution to put on the April 2, 2019, consolidated election ballot a vote on a “retailers’ occupation tax and a service occupation tax,” commonly known as the sales tax.
Officials from school districts began talking about asking voters for a 1-percent sales tax early in the year, and Vandalia joins Brownstown in asking for the issue to be put before voters.
Dr. Jennifer Garrison said that school boards in St. Elmo and Ramsey are tentatively scheduled to take action on a similar resolution. South Central School District will also be discussing the issue, and Mulberry Grove, which has part of its district in the Vandalia district, has already approved it.
Garrison said on Monday that the 1-percent tax would generate about $650,000 a year.
Vandalia’s plan calls for half of the new revenue used to lower property taxes.
Garrison said that for an estimated valuation of $50,000, the property tax relief would be $135.
Being able to lower property taxes by that amount “is compared to spending $13,500 with the 1-percent sales tax,” she said.
“We do talk about it as a property tax swap, but it’s a more equitable swap, because your $135 goes a lot further when it’s a 1-percent sales tax,” Garrison said.
A second use of the sales tax money would be maintenance of existing facilities, as well as addressing other facility needs in the future.
And, the third use of the funds could be for the salary of a school resource officer, which is part of the district’s effort to continually upgrade school safety.
Legislation that would allow school districts to use the tax funds for that new employee is under consideration, but will not be acted on until after the November election.
In addition to lowering property taxes and helping fund facility needs, Garrison said, a benefit to the 1-percent sales tax is that it’s people outside Vandalia who will be contributing to it.
With Interstate 70 and state highways going through Vandalia, she said, “anybody that stops at a gas station or goes through McDonald’s, we’re seeing that come back to our schools.”
Board members and district administrators discussed the sales tax issue at a board retreat a couple of weeks ago.
While school districts are now getting monies from the state through evidence-based funding, they went half a decade without getting funds. “Vandalia lost millions of dollars,” Garrison said.
Vandalia officials responded by making cuts in the district
In recent history, she said at the work session, the district has done some bond restructuring “at a very high rate” and added some bonds.
“The tax rate will remain what it is for 11 or 12 years, and then it will drop off,” she said.
When school officials first learned about a sales tax increase in 2010, six counties in the state had enacted an increase for schools. Now, almost half of the counties in Illinois have that sales tax in place.
This November, Vandalia residents will vote on a half-cent sales tax increase.
The current sales tax rate in Vandalia is 6.75 percent. 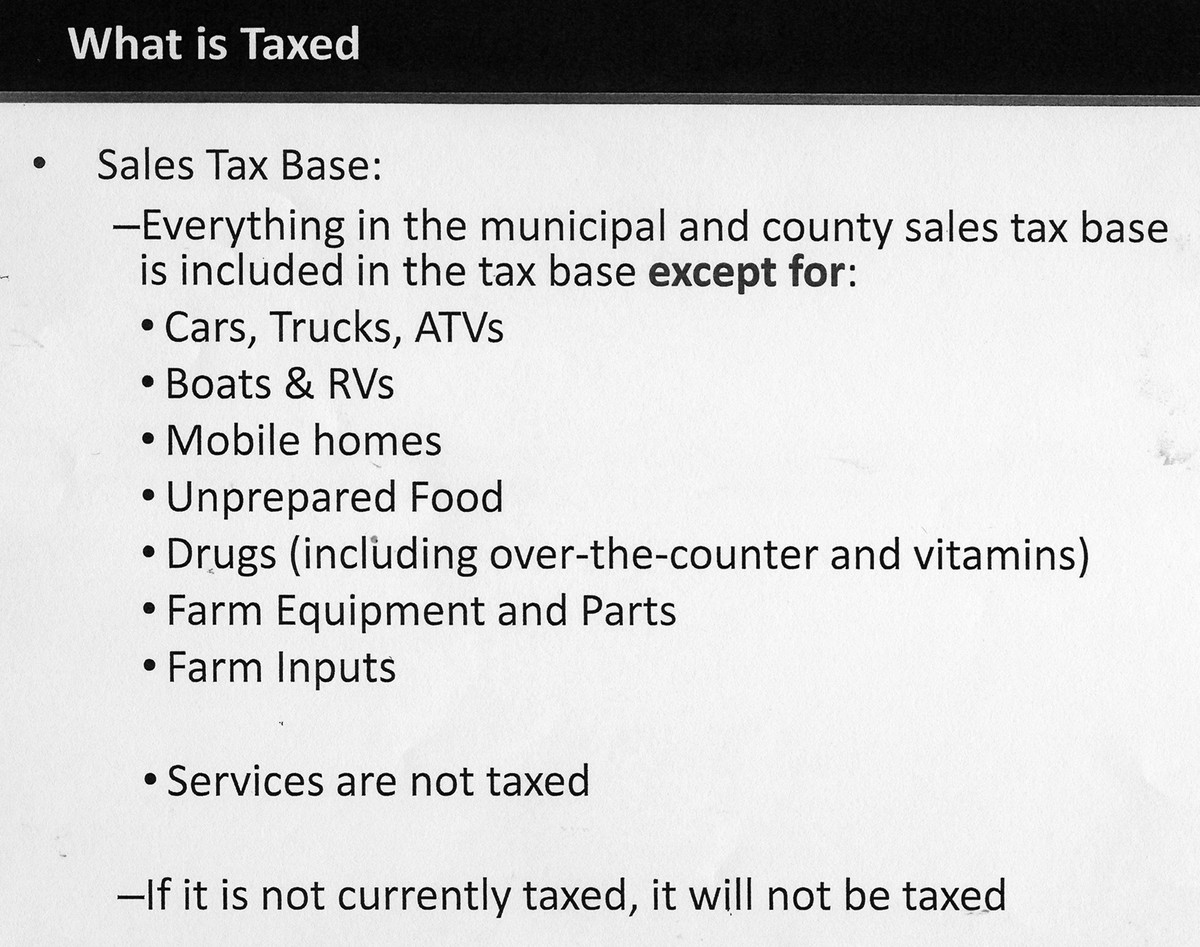