A St. Elmo man who served in the Navy during World War II was honored last Tuesday by American Legion Post No. 420 in St. Elmo.

Richard Lowe, 94, of St. Elmo, who served in the US Navy 1942-1945, received a plaque from the American Legion Post #420 at the Feb. 13 meeting in the Legion Home.
A plaque that honors Lowe’s service has also been mounted on the wall of the Legion Home: “Even with his humble, soft spoken manner, he received many accolades throughout his career, which he accepted graciously, and then gave all the credit to others. One of his many achievements was being a crewmember onboard the DD516. In 1944-45, the DD516 and the 5th Fleet pushed the Japanese out of the Western Pacific, island by island, back to the homeland of Japan. They witnessed history unfold before them daily,
“His devotion to his faith, his family, his country, and his community was unwavering.
“He is remembered as a “tin can” sailor, and foremost a character member of the greatest generation.
“Fair Winds and Following Seas, Dear Friend.”
The wall plaque also features his photo, the U.S. Navy quartermaster seal and a photo of his ship.
A north room in the Legion Home is a Veterans Reading Room, as was suggested by Lowe.
The following information on the USS Wadsworth (DD 516) Honors is from a several-page article in the Veterans Reading Room. The ship earned seven battle stars for her World War II service, and a President Unit Citation (US):
“For outstanding heroism in action as a fighter direction ship on a radar picked station during the Okinawa Campaign from 17 April to 24 June 1945. A natural and frequent target for heavy Japanese aerial attack while occupying advanced and isolated stations, the U.S.S. Wadwsworth defeated all efforts of enemy Kamikaze and dive-bombing planes to destroy her. Constantly vigil and ready for battle, she sent out early air warnings, provided fighter direction and, with her own gunfire, downed six enemy planes, shared in the destruction of seven others, routed many more, rendered valiant service in preventing the Japanese from striking in force against our Naval Forces off the Okinawa Beachhead. A gallant, fighting ship, the Wadsworth, her officers and her men withstood the stress and perils of vital Radar Picket duty, achieving a distinctive combat record which attests the teamwork, courage and skill of her entire company and enhances the finest traditions of the United States Naval Service.”
Bob Heckert was in charge of the presentations last Tuesday, after which Lowe – who taught agriculture classes at St. Elmo High School for many years – told several war stories.
Next was the Pledge of Allegiance to open the Legion meeting. During the brief meeting, the Legion agreed to donate $250 to the Marion Southern Illinois Honor Flights, and reported that the tickets for a June gun raffle in June are $20 each will be available March, April and May.
Refreshments of a decorated cake and beverages were served to some of his family, friends and Legion members present.
Family members present were Bob Lowe; John and Betty Lowe, Richard and Julie Lowe and Benji, and Ted and Shannon Moss and Kelly.
Friends present were Peggy Cox, Kay Hanna, Susan Hollinshead, Rosemary Owen, Anna Jean Rhodes.
Legion members present were Doyle Beck, Denny Braasch, Dave Cox, Marvin Forbes, Jr., Bob Heckert, Richard Lowe, Steve Morrison, Chuck Myers, Ernie Myers, Al Nevergall, Phil Schert, R. W. Smith, Dave Stewart, Max Watson and Clarence Williams. 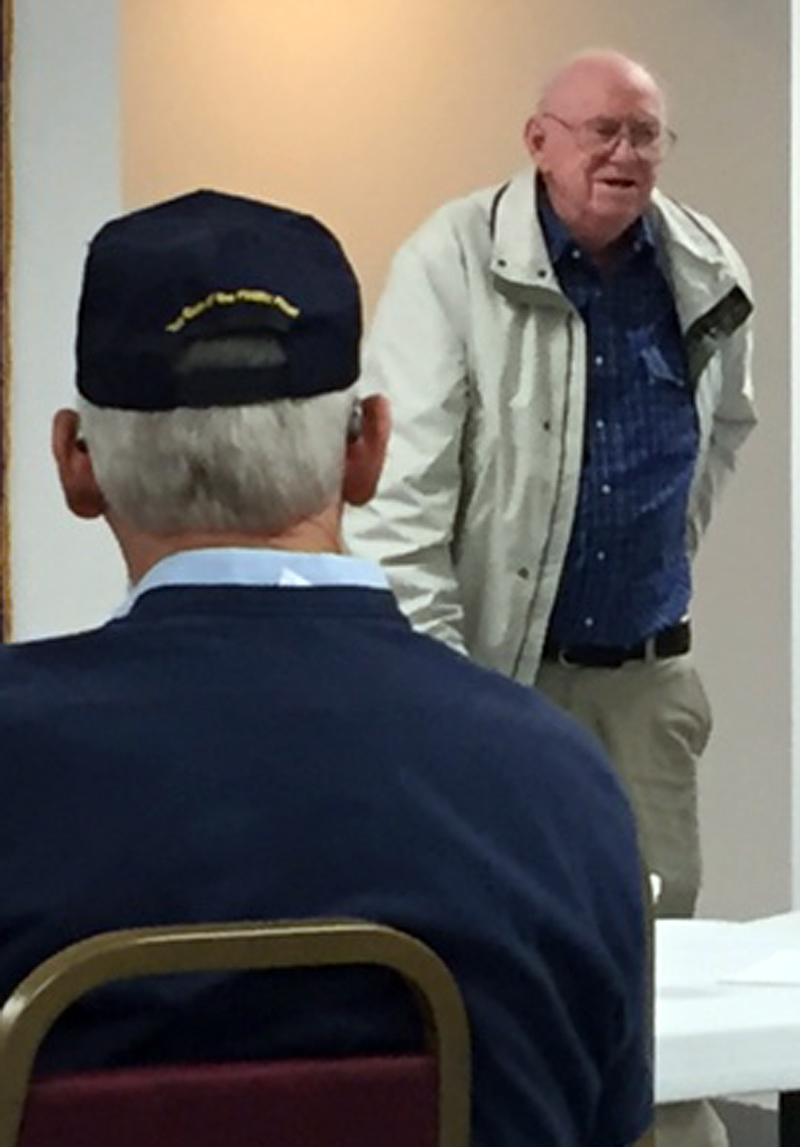 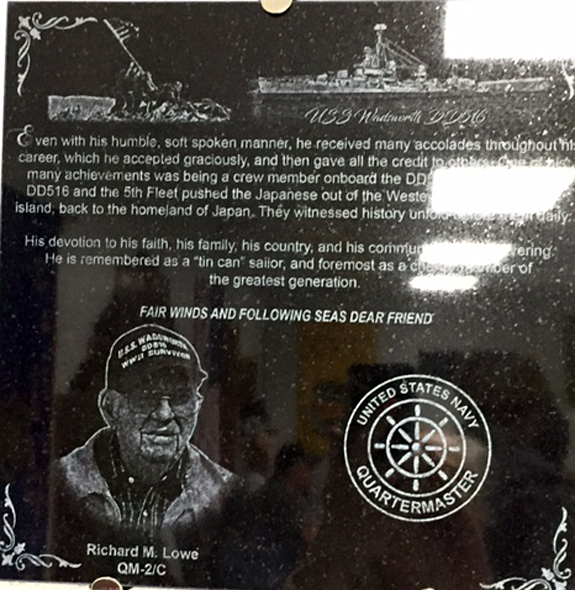