For many years, residents of Brownstown could always look to Ginny Wilbur to take a leadership role in something of importance to their village. In Vandalia, Larry Hopkins plays a vital role in numerous organizations and projects.

For their records of serving their community and helping others, Hopkins and Wilbur each received an Abe Award from the local Chamber of Commerce last Thursday.
Also that evening, what has been known as the Vandalia Chamber of Commerce for 104 years officially became known as the Greater Fayette County Chamber of Commerce.
After Todd Stapleton, who has served as the chamber of president for the past three years, and Joe Schaal, the incoming president, unveiled the new chamber logo, Stapleton noted that the map in the logo included the colors of high schools in the county.
In presenting an Abe Award to Hopkins, the 2018 Chamber vice president, Pat Click said, “What I like best about this individual is that he is a true example of why we are here.
“This person is an example of what and how we are to be by serving one another at the grassroots level.
“Grassroots is defined as the most basic level of an activity or organization and ordinary people coming together with no desire for recognition or status, but to serve those around you and make your community a better place,” Click said.
In talking with people who know Hopkins about why he was a good candidate for an Abe Award, Click received such comments as, “He always looks for ways to include everyone and shows them how to be the best at what they are doing”; “He always has the person’s best interest in mind while he is helping and working with them, pushing them to do better without expecting them to do too much”; and “He always goes above and beyond any expectation of any volunteer.”
What Click heard from those he spoke with was “words like hard worker, optimist, encourager, supporter, helper, collaborator, organizer and leader.”
Click said that Hopkins drives local residents to chemotherapy treatments and medical appointments; volunteers with Meals on Wheels, Caring & Sharing, Partners in Reading and Special Olympics; is a GED tutor through Kaskaskia College; volunteers with Fayette County Hospital Long Term Care residents and hospice patients; is a member of the Knights of Columbus, Family YMCA of Fayette County Board of Directors and Lighthouse Pregnancy and Health Services Board of Directors; and was a volunteer with the elementary school playground project.
In presenting an Abe Award to Wilbur, Stapleton said that she “is the first to step up for any group, any benefit and any fundraising effort.”
She “worked tirelessly for many years with the St. Elmo Library District to get the Brownstown Library established and keep it going, and also works as a part-time librarian,” Stapleton said.
Wilbur has served as a Brownstown village trustee in the past and currently serves as the village president. She is also currently serving, Stapleton said, “as the acting police chief.”
She has, Stapleton said, “devoted her life to her community and has given back for many, many years.”
“Great mayors in small communities are tough to find – it’s a thankless job,” Stapleton said, explaining that he has worked with Vandalia Mayor Rick Gottman for about 18 years and sees Gottman’s devotion to the community.
“I see that same quality in our Abe Award winner tonight,” he said.
introducing Wilbur. 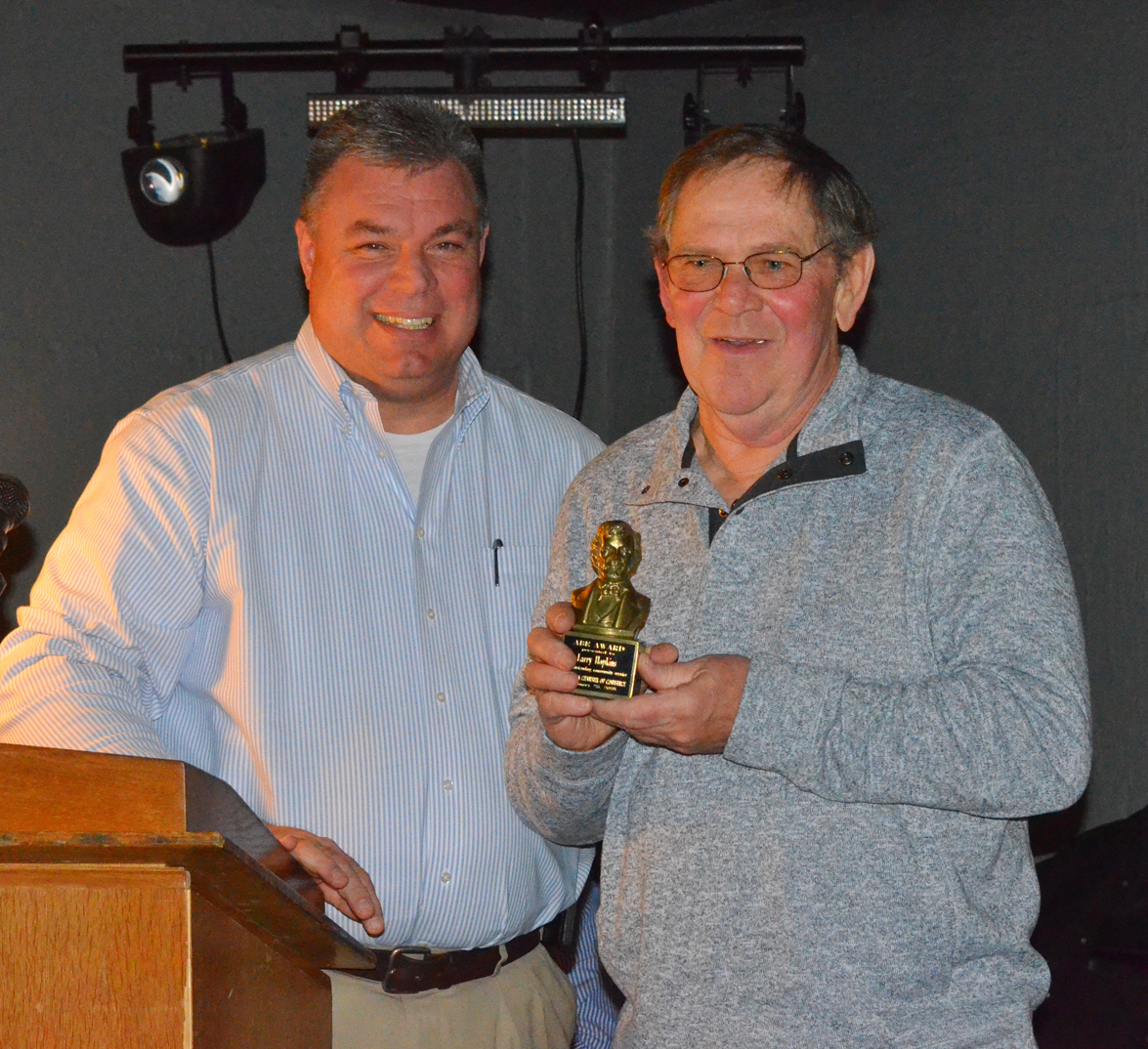 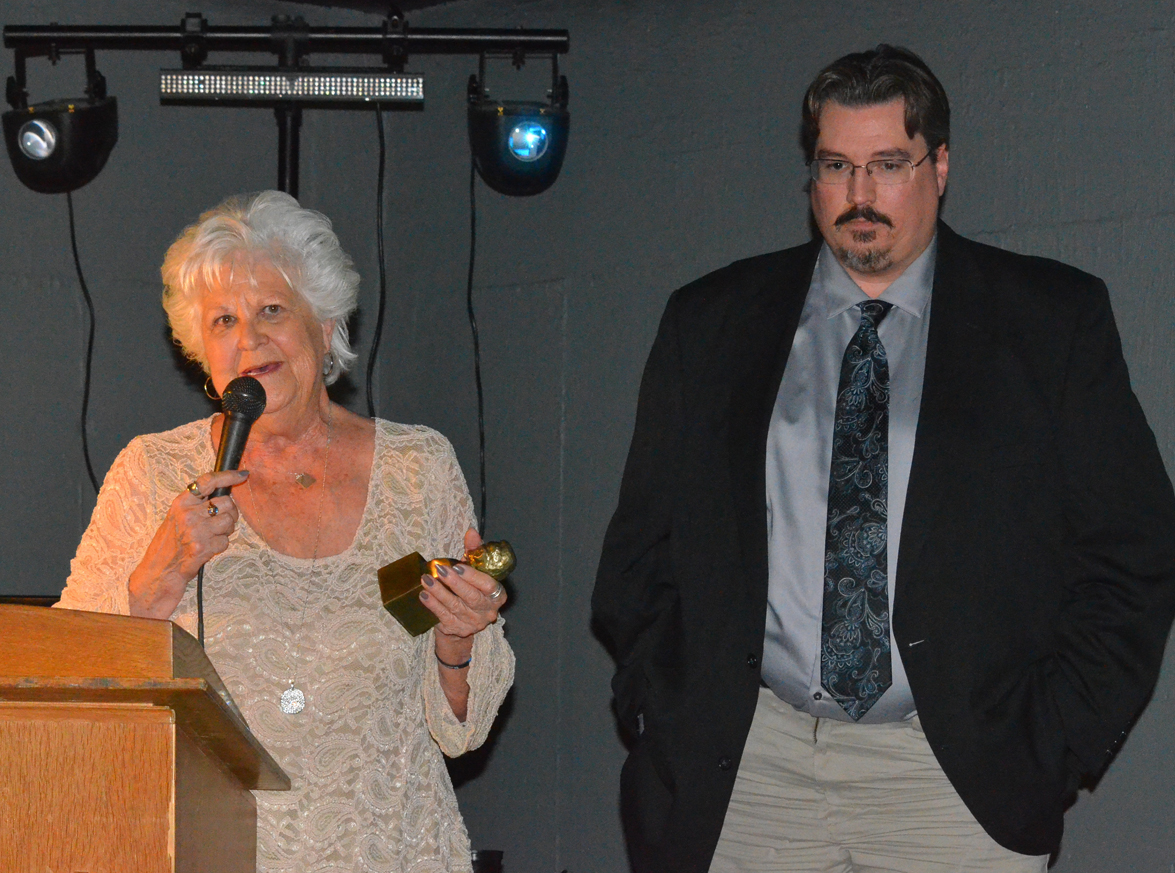