County fairs have been an American tradition for many years – Fayette County’s informational book states that 2017 is the 87th year for the Fayette County Fair, offering something for all of the family.

Entertainment was, and is, one key word, as in the early days, when it offered competitive events in the tradition of the much-earlier days – women’s talents of baking, sewing, growing garden produce, arranging flowrs and canning garden produce and fruits.
The late Ruby Goldsborough remembered the early days, when as a child, she would ride with neighbors to take her entries and go to the Fayette County Fair.
Ruby continued this practice as long as she lived, and over the years, she had won countless awards. She remembered the ladies cooking meals for the fair, serving them outdoors until a building was built for them.
Men’s competitive events were in hogs, cattle, mules, horses, animal pulling, horse racing and barrel racing, as well as crop yields for corn, soybeans, wheat, oats, etc.
And the fair, especially, offered the opportunity to visit with their neighbors and relatives, catching up with each other’s families.
The younger children simply enjoyed the excitement of the fairs, especially playing.
All most likely enjoyed the foods, picnics and carnival atmosphere with music, rides and games, etc., offering a break from the daily work load and chores.
The County Fair Atmosphere …
… had always had an almost magical quality about it. The colored lights and music from the carnival rides created a different environment that, in the early days, is remembered.
Marilyn Calvert and her late husband enjoyed the atmosphere so much that they spent their vacations by taking their concession stand, “The Eagle’s Nest,” to not only the Fayette County Fair, but also to other county fairs, providing funnel cakes, taco in a bag, shake-ups, etc. The Calverts, in fact, enjoyed it to the extent that they both looked forward to retirement so they could continue their way of life on county fairgrounds.
The Traditional County Fair Spirit Still Lives on …
… in people such as Tony Feldrake, who was seen at the Fayette County Fairground involved in the animal events, specifically the Sort ‘N Pen competition.
Tony works full-time, driving a food delivery truck. He got out of bed at 2:30 every morning to be on his delivery job, finishing by noon in time to go to the fairgrounds.
He said that he has been around horses all his life and always wanted to be a cowboy.
Tony was busy putting up gates in preparation for the team penning and Sort ‘N Pen events, along with Gary Bartel, another supporter of the horse and cattle events.
The Sort ‘N Pen competition is a team sport.
“There are 10 head of cattle in the arena pen and there is a smaller sorting pen, at the other end of the arena. Each of the cows or calves has a number penned on them,” Tony said.
“When the judge calls out a number, you have to sort three head of cattle out of the 10 and put them in the sorting pen at the other end of the arena.
“Whatever number the announcer calls, you (also) have to get the next two numbers in numerical order and get them across the line and into the sorting pen,” he said.
“If the announcer calls for No. 3, then you have to get numbers 4 and 5, in numerical order, and get them across the line and into the pen … in 60 seconds.
“If any calf gets comes back across the line or goes across the line in order, then it is a ‘no time.’
“It is a three man crew, and it takes a lot of team work, Tony said.”
Tony gives credit to Gary Bartel for his involvement in the events.
“It has always been a passion of mine to be a cowboy. If it wasn’t for Gary, I would have never gotten into this,” Tony said.
“Gary helped me get started in this. We’ve run together for almost 20 years. I wouldn’t have done a third of what I’ve done if it wasn’t for Garry,” he said.
Sort ‘N Pen has three classes – open (professional), youth and novice, where a professional rides with them to help them learn. 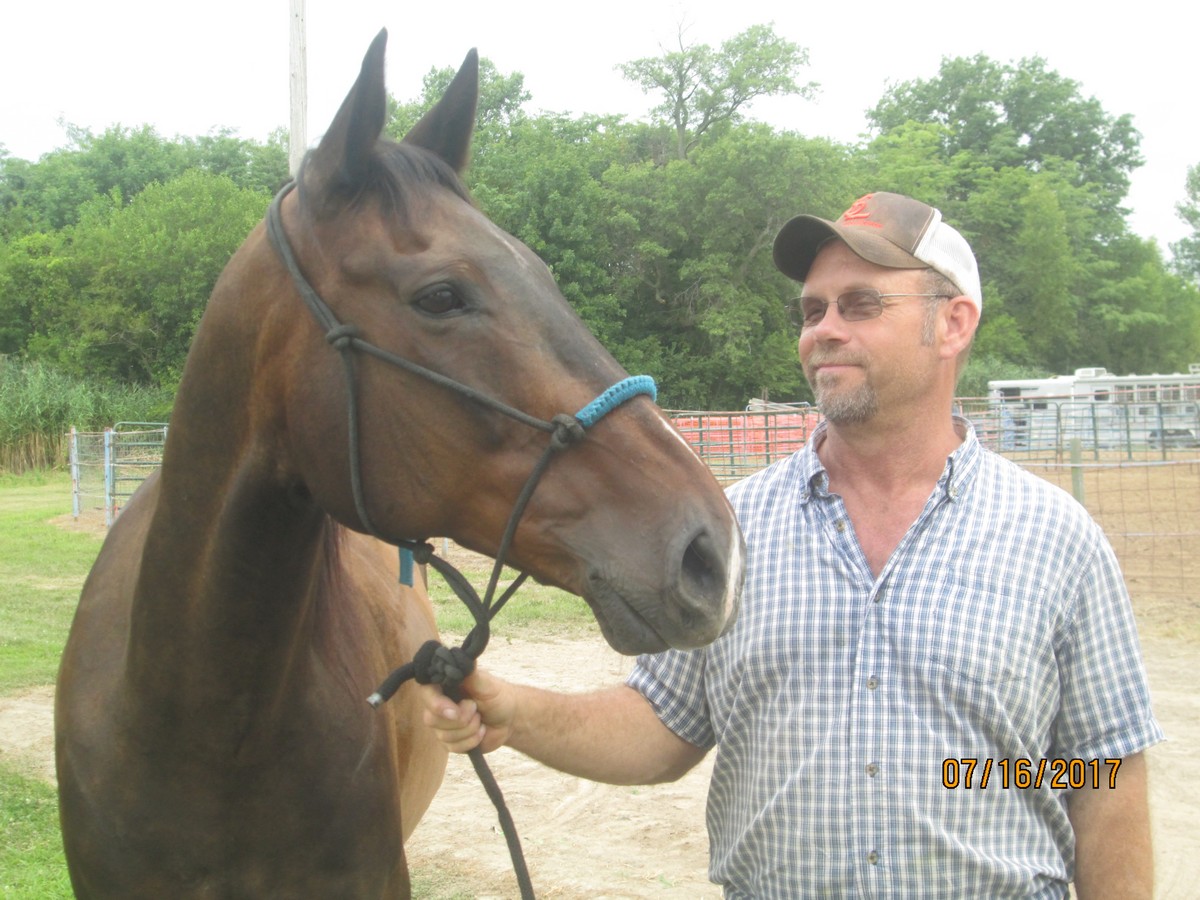