The story of Joe Trammel is one I have visited before in this column. Along with George Welsh and Jefferson Hastings, he was charged with the murder of an Oconee farmer by the name of Morris.

Robbery was the motive, but a little killing didn’t seem to upset Joe Trammel as he fired through a window, shooting John Morris in the head as he sat “at table.”
Truths retained in the old family stories handed down from generation to generation never cease to amaze me. Finding supporting facts that bear out these stories is something else.
More than 10 years ago, I stood with Gary Forbis and Audrey Probst at an unusual grave marker in Whitten Cemetery (Old Hurricane) near VanBurensburg in Montgomery County. Set in front of a creek stone, the thin blue marble stone carried the name of Joe Tramel.
Gary told us that Joe Trammel, along with a man by the name of Welch, murdered a couple in Oconee and was hung. According to the story, both men were buried in cemeteries near VanBurensburg, one with the noose still around his neck.
Gary went on to say that for many years, the cemetery sexton, Elijah “Lige” Whitten, had kept the small stone in his shed bringing it out only on Memorial Day. Soon after Memorial Day, he would again take up the stone and return it to his shed until the next year.
As he became advanced in age, Lige decided it was time to have the stone placed permanently at Trammel’s grave, and that is where we found it that day.
In the book, “They Call It Treason,” by the late Carl Stanton, he wrote of an incident near Oconee where two men, belonging to the Clingman Gang, shot and killed a man named Morrison. He had sold a cartload of fat cattle and was thought to have a sum of money.
Stanton wrote that “a reward of $1,000 was offered, and two men, Trimble (sic) and Welch, were captured within a few days. It was said the two men were given a hearing, their supper and then “taken to the large freight house and hung.
The story ended here with many unanswered questions until I learned more from the March 22, 1865, issue of the Fayette Democrat newspaper, published in Vandalia.
Under the heading “Murder and Robbery,” the article told of the murder of Mr. Morris, owner of the large peach orchard near Oconee, in Shelby County, who had been shot on the evening of March 15 while sitting in his house.
“The assassin fired through a window, the ball passing through the head just below the ear, producing instant death. A son of Mr. Morris was also shot at by the murderer, but fortunately escaped through a door which he closed.
“The female members of the family were in a room upstairs attending some children sick with small pox and as they entered the room, the murderer passed out.
“Proceeding to the door, it was discovered that the murderer had two confederates – both of whom escaped with the principal. Some $400 in money was taken.”
The main article was followed by two postscripts, adding that “three men named Joseph Trammell, George Welch and Jeff Hastings were arrested near VanBurensburg, Montgomery County, on Monday and lodged in jail at this place on Monday night. Circumstances, it is said, implicate them seriously in connection with the murder and robbery.”
The second postscript told that the prisoners, Trammell, Welch and Hastings, were taken to Shelbyville on Wednesday, March 21, 1865, under guard. One of them made a full confession – casting the murder and robbery upon Trammell, who is alleged to be the leader in and originator of the criminal enterprise.”
The three men rode with the Clingman Gang who terrorized the citizens of five counties during the time of the Civil War. One of their camps was in the white oak forest east of Whitten Cemetery.
Members of this gang, described as opportunists, murdered, thieved, threatened and kept the citizens of Fayette County in fear during these years. The murder of Mr. Morris, thought to be John G. Morris, of Oconee, was only one in a string of atrocities committed by this group of thugs.
The story of Joseph Trammel does not end here. Recently, I learned that Will Isbell of Hurricane Township was the Fayette County official sent to Oconee to retrieve the bodies of Trammel and Welch for burial here.
Trammel was buried in Hurricane Cemetery, with Welch buried with his people in Olive Hill Cemetery. There are more records to find, more bits and pieces of the story to uncover.
After the murder and hanging, Trammel’s parents and family are said to have moved to Missouri because of the shame of it all. 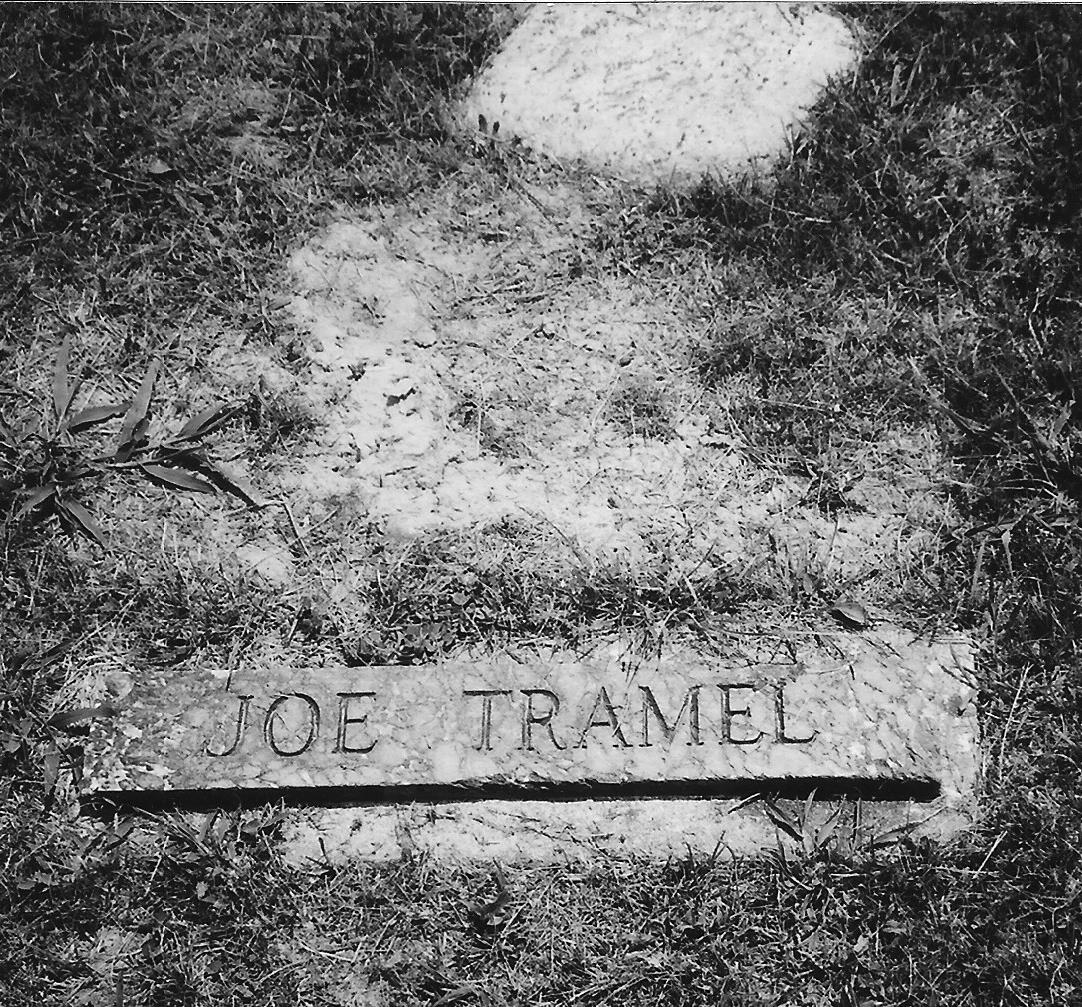