Vandalia’s wrestlers improved to 6-1 by picking up five wins in the past week.

The Vandals started out last week with a 60-14 win over Shelbyville in a triangular at Taylorville, then suffered its only loss of the week, to large-school opponent Taylorville, 45-34.
They got back on the winning track with a 54-16 win over South Central Conference opponent Hillsboro on Thursday, then picked up three more wins at the quadrangular that they hosted on Saturday.
Vandalia recorded six pins in breezing past Herrin, 64-12, in its opening match, defeated LeRoy in its second match, 40-33, then finished the day with eight pins in a 73-4 win over Oakwood.
The Vandal wrestlers return to action Friday when they travel to the St. Louis suburb of Creve Coeur for a quadrangular at Whitfield High School. 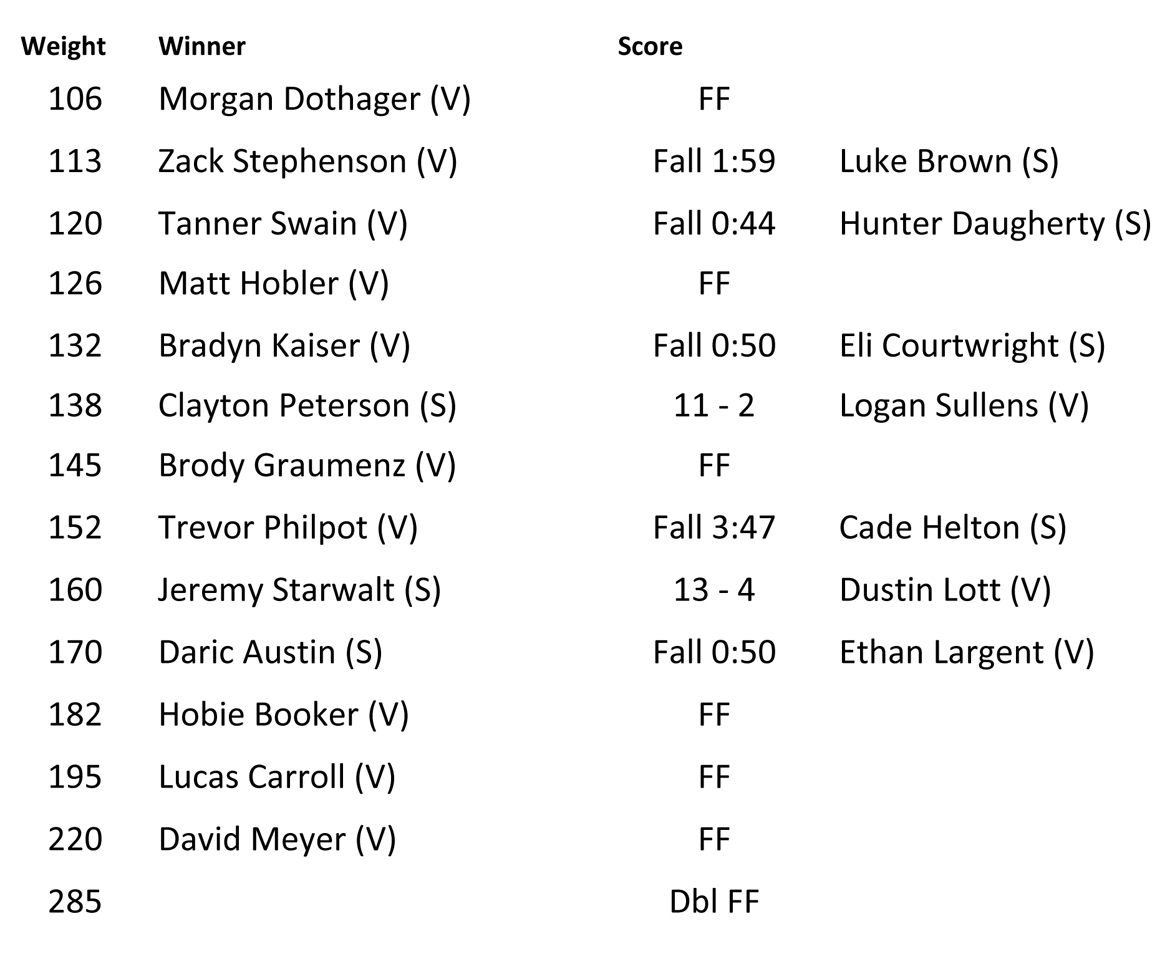 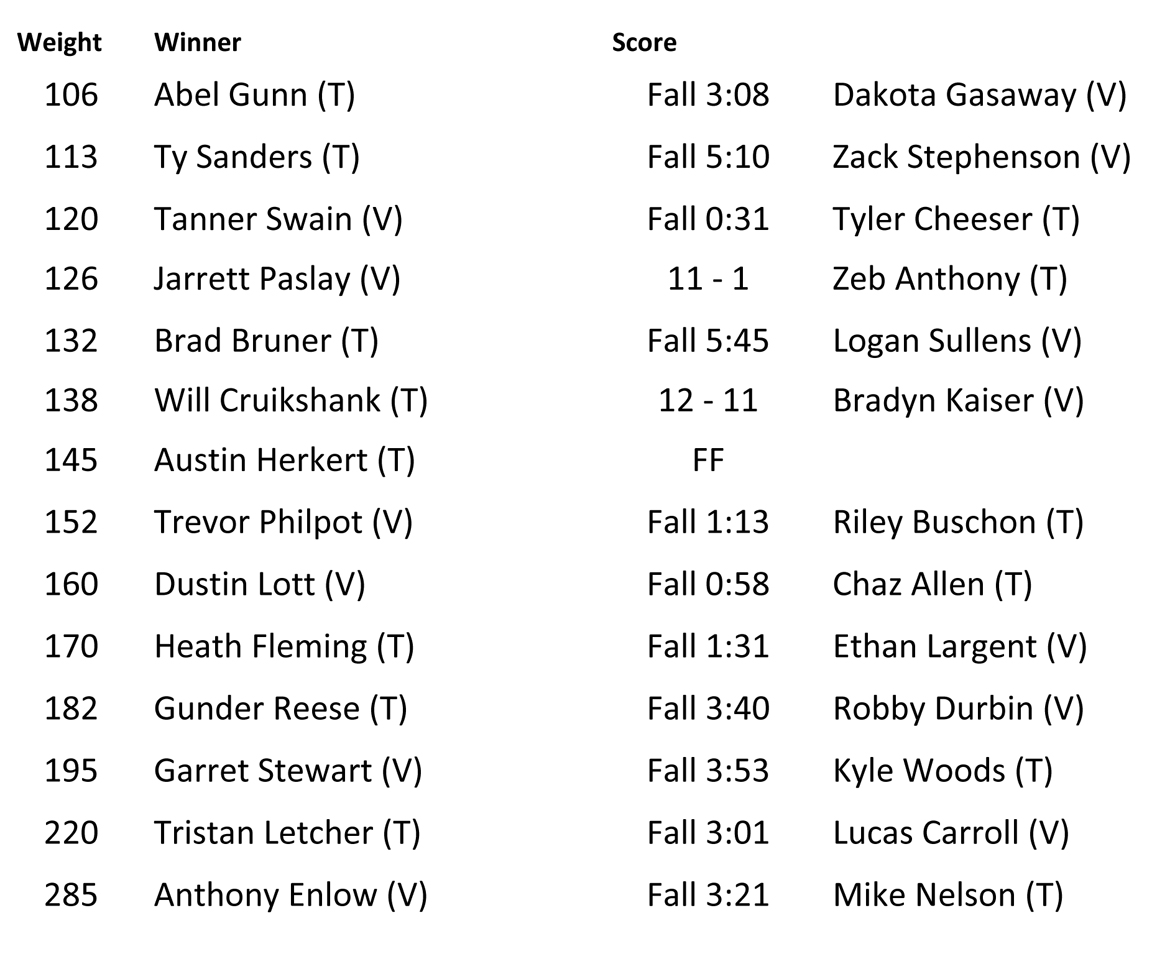 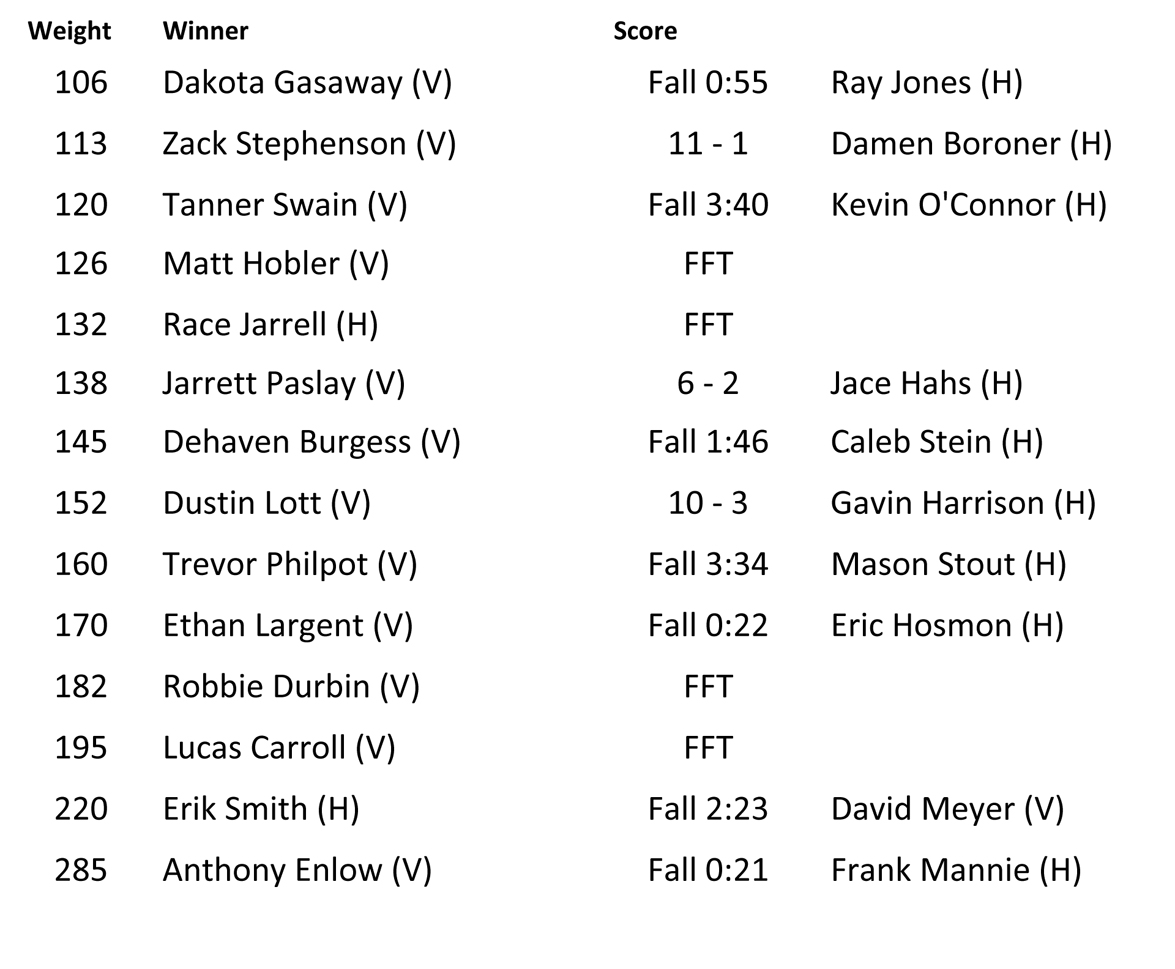 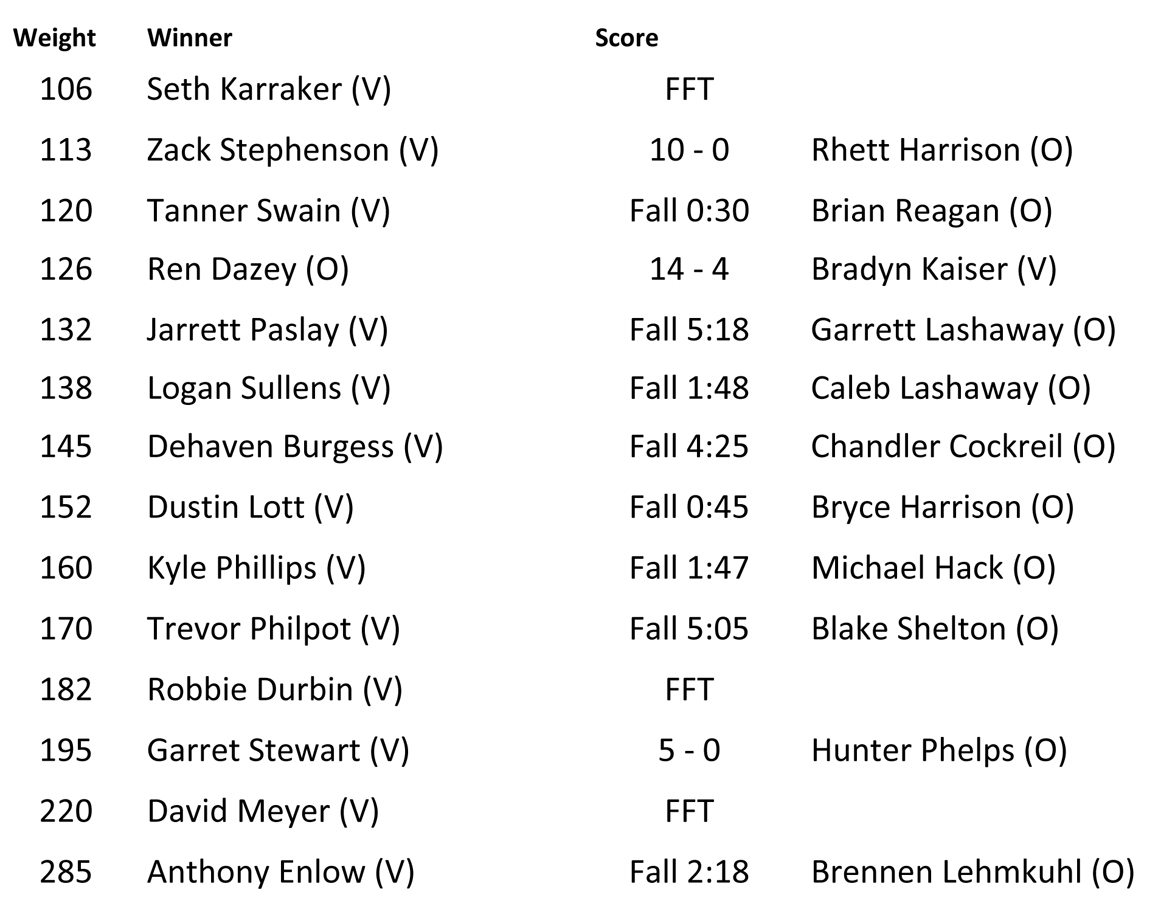 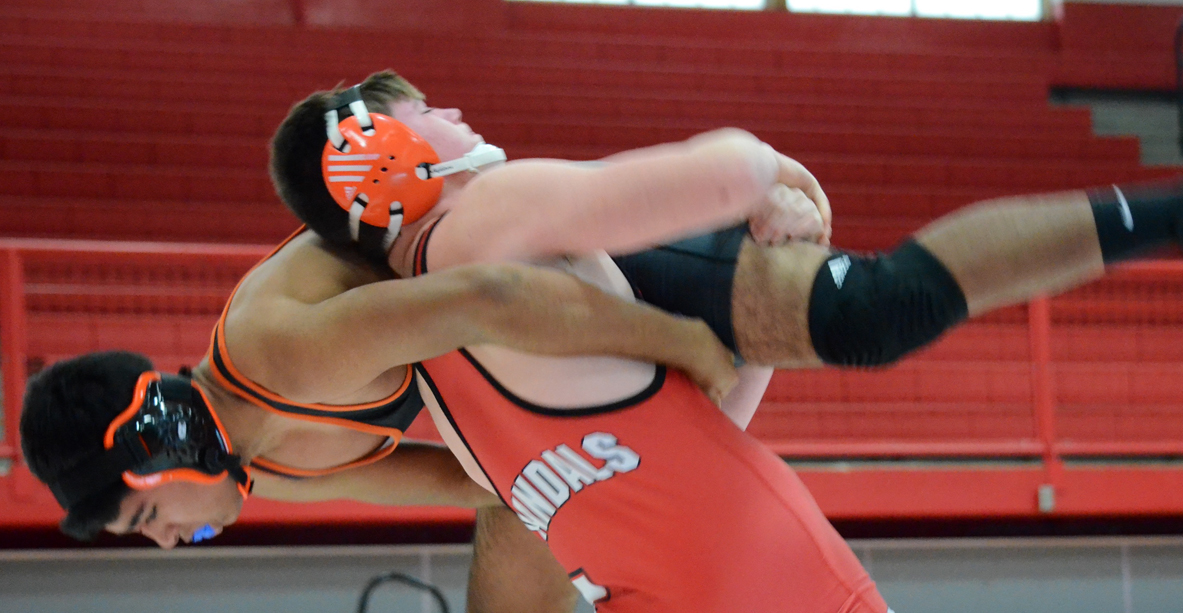 Vandalia’s Ethan Largent picks up Herrin’s Eric Hosmon and gets ready to set him down and pin him 22 seconds into Saturday morning’s match. 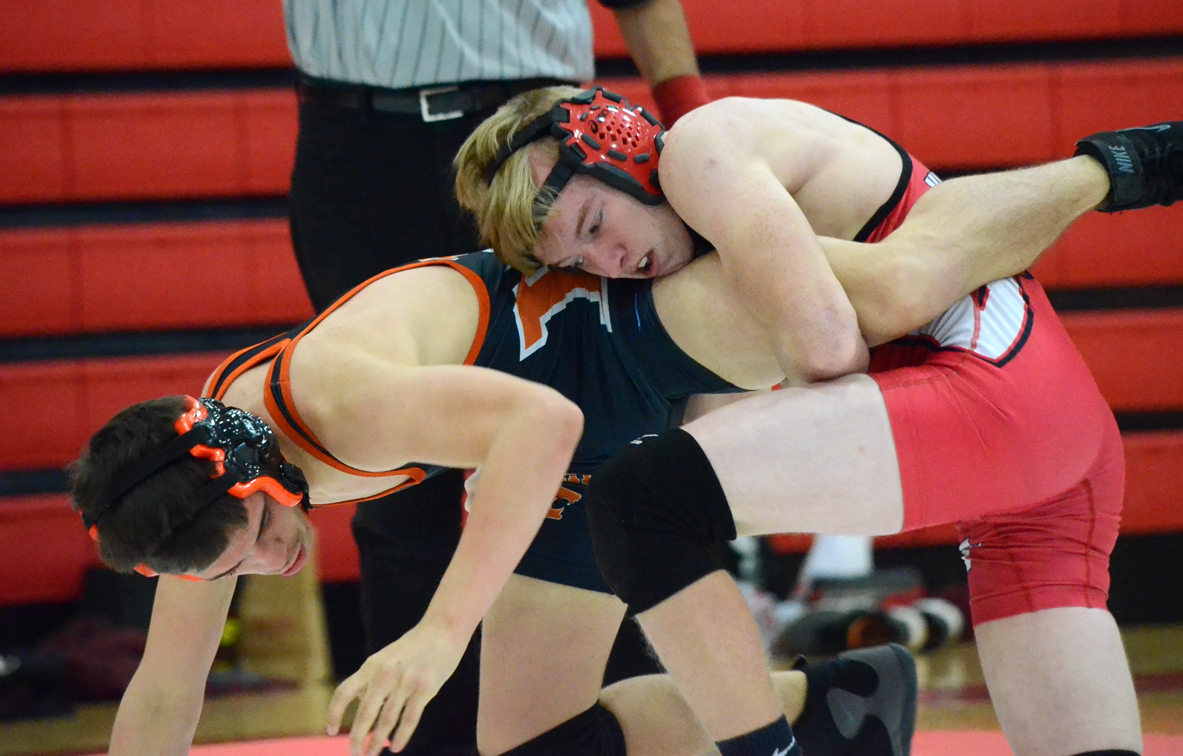 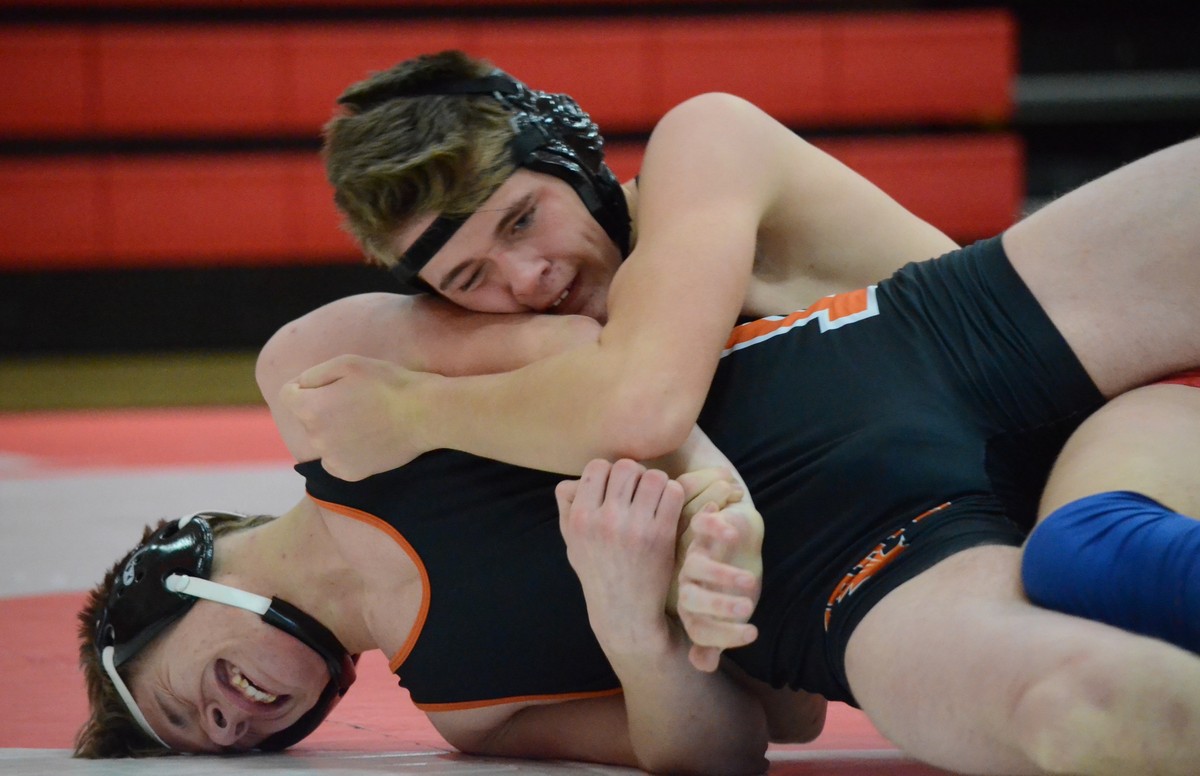 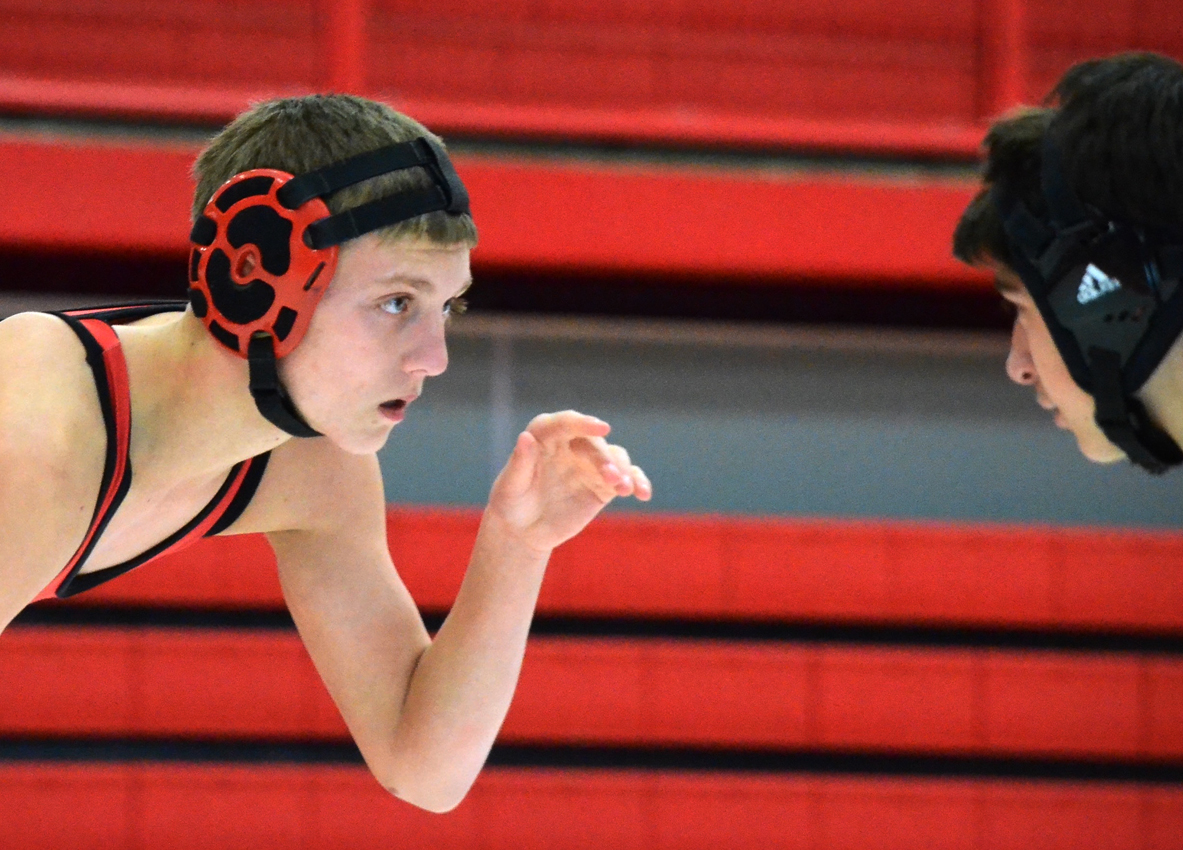 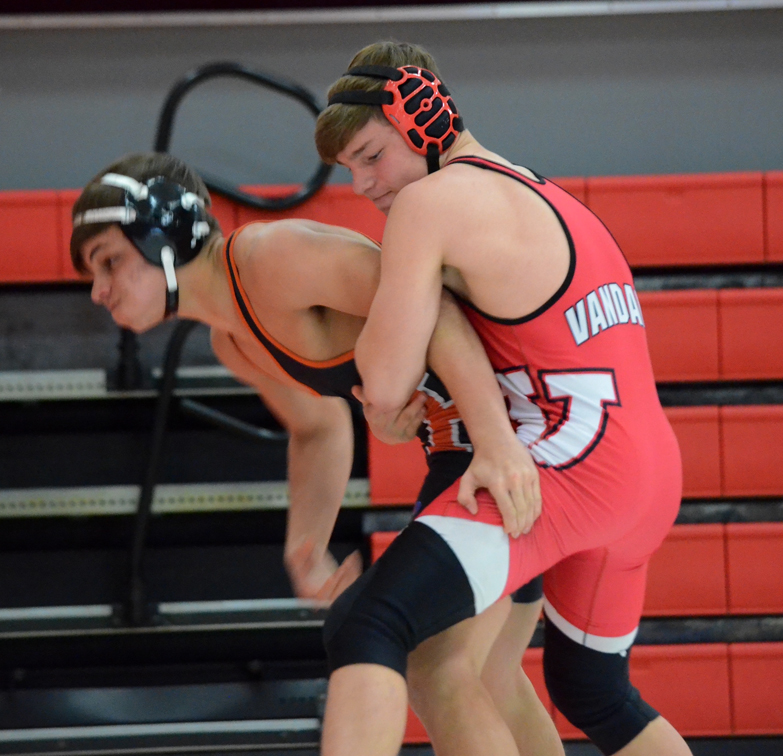