Engineers who looked over the walls of downtown buildings that were exposed when adjacent buildings were demolished have given to Vandalia officials recommendations on protecting those exposed walls.

At this point, it will be up to the owners of those buildings to decide whether to take those actions, and whether they will seek financial assistance from the city to do so.
At the last meeting of the Vandalia City Council, Mayor Rick Gottman presented to aldermen a report from Rodney Potts of John H. Crawford and Associates, the city’s consulting engineers.
In that report, Potts said that William Lytle of the Crawford firm and structural engineer John Peridotti looked at the exterior walls of six downtown buildings.
Those buildings include the two that were exposed when the building at the northwest corner of Fifth and Gallatin streets was demolished in August.
Others include the buildings in the 100 block of South Fifth Street whose walls were exposed when the former home of Craycroft Motors was demolished and the building in the 300 block of Gallatin Street that whose exterior wall was exposed when the building that housed Western Auto was demolished after a fire.
The recommendations given to the city by engineers include:
• Cleaning any existing materials that could allow water to seep into cracks and roofing materials along upper sections of exposed brick.
• Tuckpointing between bricks to protect the existing structural integrity of the walls and to keep weather out. “This will be a large undertaking and will take many hours to complete,” according to engineers.
• Filling any holes that would allow water to stand and possibly freeze in cold weather.
The engineers also noted that painting the walls after the remediation tasks are completed “would further protect and prolong the life of the structures.”
At the council’s first meeting in November, owners of two of those buildings, Dennis Grubaugh and Carroll Haynes, asked what the city planned to do with the exposed walls of their buildings.
Mayor Rick Gottman told them that the city has done all it will do in regards to the demolition of the building at Fifth and Gallatin streets.
However, Gottman said, the owners of those buildings can apply for Tax Increment Financing assistance for improvements to the structures.
Haynes said that at an earlier meeting, he was told that the city would be involved in making the improvements, and Alderman Ken Hubler said at the Nov. 17 council meeting that he could understand how the building owners got that impression, based on comments at an earlier council meeting.
In response to those comments, Gottman said that the city will not be involved in the work, but that building owners can apply for TIF assistance for such projects.
In addition to the presentation of the engineers’ report, the Nov. 17 council meeting included:
• The council giving Police Chief Jeff Ray to seek bids for a new squad car.
Gottman explained that a 2004 Chevrolet Impala that has served as a squad car had the transmission go out, and that it would cost$4,000-$5,000 to replace it. It would be more cost-effective, Gottman said, to replace the car, based on its age and mileage.
The mayor said that Ray would apply money from its DUI fund to the purchase of a new squad car.
• Gottman thanked Rob Schukar for the donation of this year’s city Christmas tree at Seventh and Gallatin streets. He also thanked Donelle Conaway for her leadership and work for Olde Tyme Christmas in downtown Vandalia, and Jean Stombaugh and her committee for decorating Lincoln Park for the holidays.
• Gottman told aldermen that he planned to talk to Illinois Department of Transportation about allowing the city to improve the lighting on Gallatin Street in downtown Vandalia. The lower-level lighting from the period streetlights is due to standards set by IDOT.
Director of Public Works Marlin Filer added that if the city were allowed to improve the lighting, the city would have to pay for upgrades.
• The council approved the purchase of a variable frequency drive for the sewer plant lagoon from Vandevanter Engineering for $2,871.56. 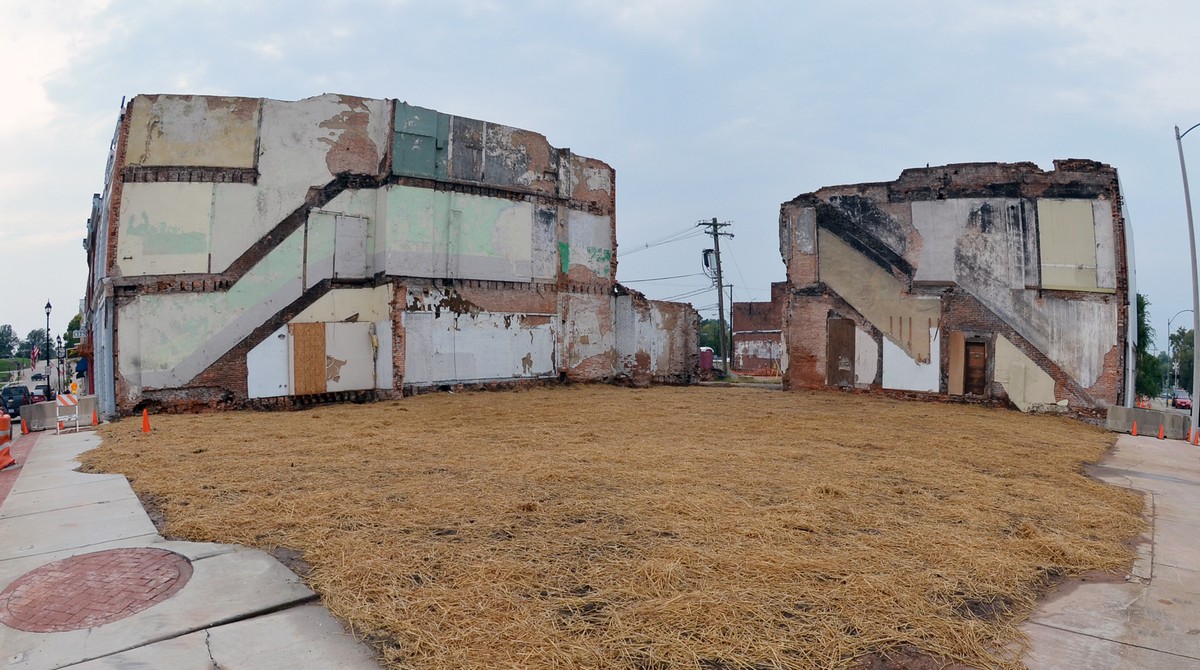