A number of activities are planned as a Vandalia congregation celebrates 150 years of existence, though the history of its membership goes back even further than that.

St. James Evangelical Lutheran Church was formed on April 1, 1865, as the congregation of St. Jacobus Evangelical Lutheran decided to divide into two churches.
The St. Jacobus congregation was organized on June 23, 1844, with 44 charter members, including people who came to Vandalia with the Ernst Colony group.
Ten years later, the first Lutheran Church was built, on Main Street between Fourth and Fifth streets.
Then, 11 years later, the division into two congregations was agreed upon, with the older members wishing to continue worshiping in German and the younger generation wanted to hold English worship services.
The newer St. James Evangelical Lutheran Church began holding worship services at the Christian Church, formerly the House of Divine Worship, and did so for a little more than four years.
On June 5, 1868, the congregation received $1,000 that Isabella B. McLaughlin had bequeathed to St. James for the construction of a church building, and on Oct. 28 of that year, Mr. and Mrs. George H. Dieckmann donated the land at 727 W. Gallatin St. for that church, which was dedicated on Oct. 11, 1869.
The congregation worshipped in the church for 24 years, with the building being destroyed by fire after a lightning strike in 1893.
A second church was dedicated on May 24, 1896, and in 1940, the congregation built an addition to house junior and primary departments, space for church organizations and a kitchen.
The congregation undertook a remodeling and refurnishing of the sanctuary in 1963, with the sanctuary being turned from west-facing to north-facing.
Then, in 2005, the congregation lost its church from a fire caused by a lightning strike.
At that time, the congregation decided to “rebuild the sanctuary to resemble the original sanctuary as closely as possible,” according to the church history.
That task was accomplished by Lester Construction, with congregation member Andy Lester overseeing the project. To make that happen, the church history states, “Andy used photos, bits of debris, his own knowledge and memory, and the memories of members to create the beautiful sanctuary that we have today.”
That new church was dedicated on Palm Sunday, April 1, 2007.
The celebration of the church’s 150th anniversary this weekend includes:
• Friday – “An Evening of Music,” with organ and piano music by Carlo and Stephanie Van Ulft and a reception afterward. Historic displays will be set up that evening.
• Saturday – Tours of Fayette County Museum at 1 p.m. The items on display include a church quilt created by parish women in 1920; that quilt includes more than 700 names and 33 businesses at that time.
“It tells the story of so many people and businesses,” said congregation member Dorothy Donley.
On Saturday evening, an anniversary banquet is being held at the American Legion Home.
A social hour begins at 6 p.m., and dinner is at 7 p.m. The church’s historic displays will be set up for the banquet.
Those scheduled to attend include all but one of the church’s living pastors, as well as the daughter of a deceased pastor and four grandchildren of a pastor who died while decorating the church for Christmas in 1929.
• Sunday – The congregation will hold a festive worship service, with Bishop John Roth officiating.
The service will include trumpet music, two handbell choirs and songs by adult and children’s choirs.
Donley said that a former pastor wrote a book of songs in the 1800s, and the church choir has been singing those songs during Sunday school and church services in the past year.
After the service, a light luncheon will be held in the church gym.
The Rev. Krista Stokke, pastor of St. James Lutheran for the past 2½ years, said that the anniversary celebration “is a time to recall the memories of the last 150 years, and we also think about the present time, because God is in the present.
“Then, we think about the future of what God intends for the church.” 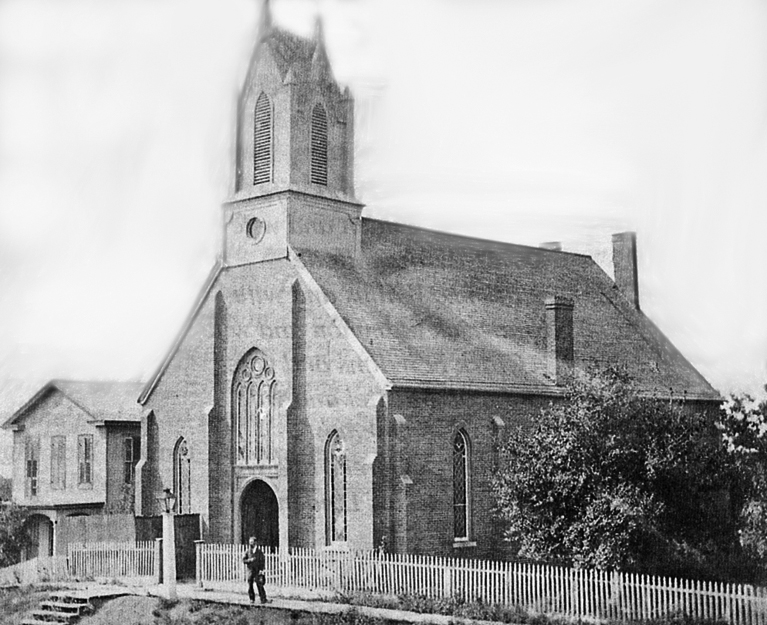 The first St. James Lutheran Church was destroyed by fire in 1893.

The baptismal pond was one of the few items rescued from the fire that destroyed the home of St. James Lutheran in 2005. 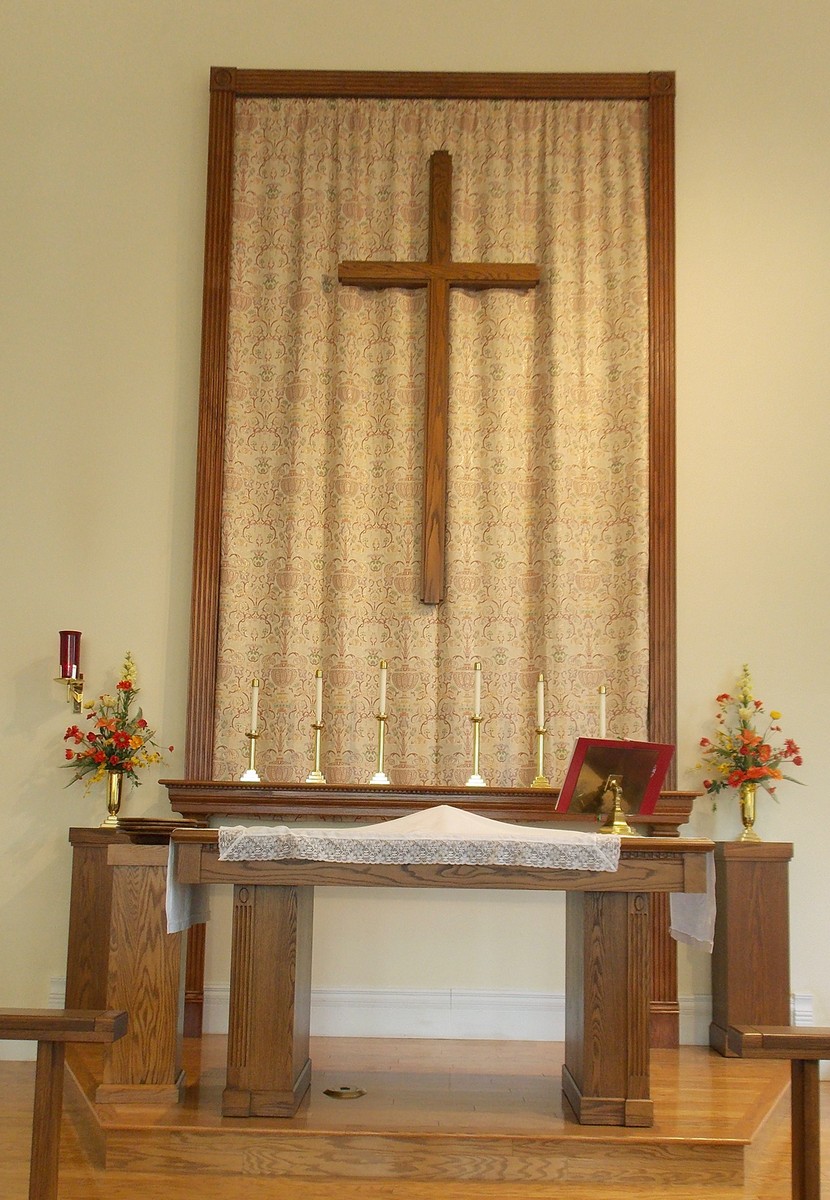 The cross above the altar was one of few items saved from the fire in 2005.