The northeast corner of Kennedy Boulevard and Main Street holds a treasury of history and memories. The building and the very ground on which it srands are a part of history.

The present building has served the public as the Fayette County Museum since 1979. It holds many items of significant historical values to not only the local area, but to the nation’s “proud to be an American” times and also of darker times in our history.
It is documented that on Feb. 25, 1833, the governor of Illinois gave that land to the town of Vandalia for the purpose of building a house of divine worship, one in which all denominations would be free to attend and preach. A modest building, it was called “The Little House of Divine Worship.” It can be assumed that the little church was used by visiting lawmakers, possibly even Abraham Lincoln, although there is nothing to authenticate this speculation.
It is documented that the ground at that corner was previously the site of a one-story school and church combination, even before the land was given to the town.
The Presbyterian congregation was organized in 1825 and bought the ground from the city in 1835.
The Church Bell
A bit of history related to the site – a bell was donated to the church by Romulus Riggs of Philadelphia in honor of his daughter, Mill Illinois Riggs. It was the first bell in the state to call a Presbyterian congregation to worship.
The present building was sold to Historical Vandalia Inc. in 1969, when the Presbyterian congregation decided to build a new church. The bell is now on display in that Presbyterian Church building on West Fillmore Street.
The Fayette County Museum opened its doors to the treasures within in June 1979.
Among the many items of interest are donations of old household items and tools needed for tasks and providing for families; school books, desks and other tools needed for learning; objects such as leg bands and chains used for restraining and punishing slaves during a darker part of our history.
Fayette County’s Role
in the Orphan Trains
A movement started by the Children’s Aid society was an effort to rescue the many children left to fend for themselves on the city’s streets.
Some of the children were left homeless, due to accidental deaths or illnesses of their parents. Others were abandoned; some were simply put out of their homes because there was not enough food to feed the family.
The first train held 46 10- to 12-year-old boys and girls to be placed in homes. The trains would travel across the states and the children would be displayed at train stops, in hopes that families would choose one or more to take into their homes.
One such young boy was taken in by a family in Hagarstown that treated him like a son. Not only did they give him the basic needs, but also an education.
The man, named Brown, became a lawyer and worked in a prominent, very successful Vandalia law office. A photograph and his story are on display at the Fayette County Museum.
The old-style clothing on display includes a bridal gown and a wedding picture showing the actual bride wearing the dress.
There is also a tool that belonged to Abe Lincoln and has his initials carved into it, a practice common in those days. There are old, hand-stitched, beautiful quilts, made by work-worn hands of long ago.
There are also local items of interest, including pictures of the old shoe factory and its workers; medical equipment and medicine bottles; the old, familiar doctor’s bag that fascinated children when the doctor brought it on house calls; and a well-worn World War I medic bag.
All is interesting, and many items that are not so attractive] are symbols of the darker days of our nation’s history, and stark and unpleasant reminders not to let such history be repeated.
Fayette County Museum …
… which is a vital part of our history, as are the treasures within, is in need of repair and restoration, including a new roof to protect the contents.
This community recently lost a precious part of our downtown Vandalia history with the collapse of the buildings on Gallatin Street.
Local residents can help to protect and preserve our Fayette County Museum, for our enjoyment and knowledge and for our children’s enjoyment and education.
Thus, a fundraiser, the Color Splash 5K Fun Walk/Run, is being held this Saturday. Registration is from 8:15-8:45 a.m. in front of the Vandalia Moose Lodge, and the start time is 9 a.m.
Participants who did not pre-register and receive event T-shirts are asked to wear white T-shirts.
The fundraiser includes prize drawings.
For more information, call 339-9041. 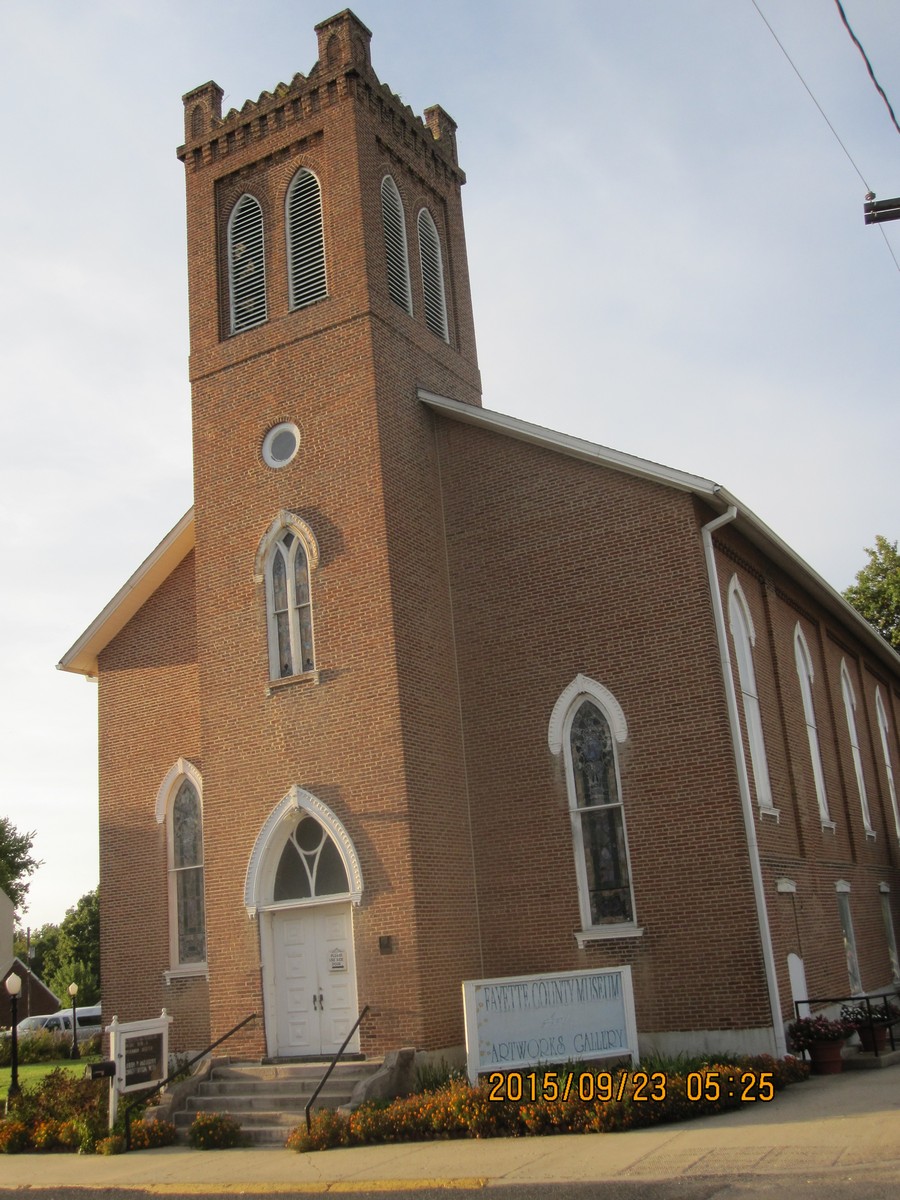