Vandalia fire officials believe that a dehumidifier is to blame for a fire that damaged a Bluff City home on Monday afternoon.

The Vandalia Volunteer Fire Department was called to the Scott Washburn home shortly before 5 p.m., with Washburn reporting that he had heard an explosion.
Upon their arrival, firefighters found smoke coming from the home and determined that it was coming from the basement.
Keith Meadows, chief of the VVFD, said that firefighters had a tough time locating the fire because the smoke in the basement was so dense.
“They made one complete pass (of the basement) and they didn’t see any fire,” Meadows said.
By the time they found it, he said, “it had almost put itself out.”
Meadows said that he believes that the popping noise that Washburn heard was sealed paint cans being opened due to the heat in the basement.
He said that the home sustained significant smoke damage and some minor water damage in addition to the fire damage in the basement.
About 15 Vandalia firefighters responded to the call, and they received mutual aid assistance from the Brownstown Fire Department.
Firefighters were at the scene for about 75 minutes, Meadows said. 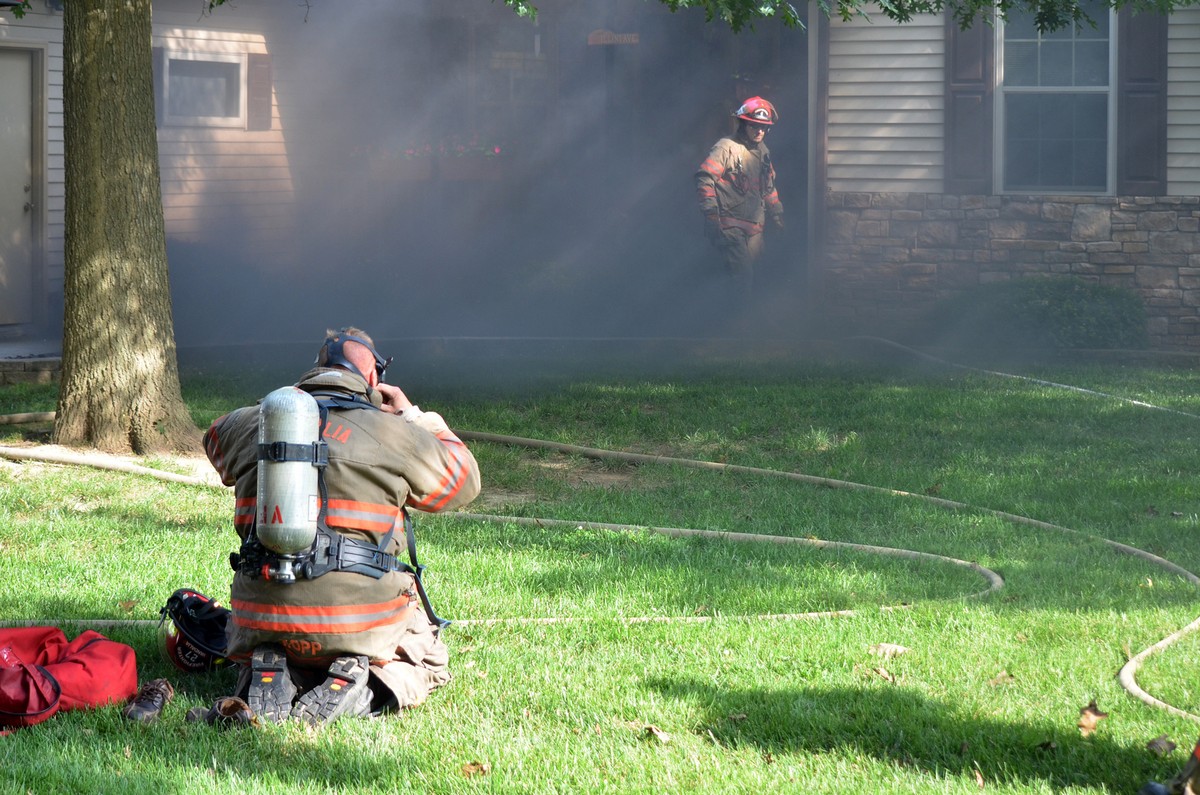