The traditional beginning of the Easterday family takes us back to the time of Martin Luther, the late 1400s to early 1500s.

A baby boy was found on the doorstep of a Saxon church “upon the first day of the week, very early in the morning” – Easter Sunday. The foundling was taken in and when he was baptized was given the name Christian Ostertag (Easterday).
In each generation of the family since that time, there has been a Christian, and usually a Martin. The founder of the American branch of the family was the seventh Martin Easterday in the family tree.
His brother, Christian, who had married Julia Blessing, was the first of the family to come to America, leaving his family and home in Saxony, Germany, in 1750. It is believed that his wife’s brother, George Blessing, who had married Christian’s sister, Julia Easterday, came at the same time. They located temporarily in Virginia near the southeast corner of the state.
Their first son, Christian, was born two years later, on Nov. 27, 1752, at the time of Indian unrest. This drove the family from Virginia to Frederick County, Md., where they located in the Middletown Valley. In their journey, they passed along the Blue Ridge Mountains, crossing the Potomac River a few miles below and east of Harper’s Ferry.
Locating at the village of Jefferson in Frederick County, Christian and Julia raised a large family of seven sons and four daughters.
Christian died while living here, on Nov. 15, 1805, his wife preceding him in death the previous December. They lie buried in Easterday Cemetery.
Christian’s brother, Martin, the man from whom the Fayette County Easterday family descends, followed his brother to America in 1760.
At this time, he brought his wife, the former Miss Rheinhardt, and several small children, but upon landing had no money to pay for their voyage.
The custom of the day was if you could not pay for your passage, you would be sold into bondage to someone who would pay the passage and then you would work for them until they were reimbursed.
Christian came to his brother’s rescue and satisfied the master of the vessel, and brought Martin and his family to his home. Here, Martin worked off the debt and went on to establish a good farm for himself, which was known as Carroll Manor.
About the spring of 1796, Martin moved with his family to Jefferson County, Ohio. Placing their goods on a flatboat, they floated down the Ohio to a landing point a few miles above Steubenville.
He first built a log cabin, later enlarging it for his family. He lived there for 40 years and died on that farm.
Within a few years of arriving in Ohio, Martin’s wife died, leaving him to care for six children, the eldest age 16 years. Their names were Christian, Martin, Barbara, Margaret, Elizabeth and Eve Easterday.
The son, Christian, married Anna Marie Stemple in Jefferson County, Ohio, and among their children was a son, David, who was born on March 6, 1815, in Jefferson County and married Margaret Zimmermann.
David’s eldest son, Melanethon, remembered that he was about 15 years old when his family left Ohio, traveling down the Ohio River to the Mississippi.
They then boarded the steamboat “Twin Cities” for the journey to St. Louis.
From there, they set out overland, crossing unclaimed domain land to Montgomery County, where they established a farm. This was in the year 1853.
Melanethon and brother, Luther A., both moved to Vandalia, where Melanethon taught school for a short time before the start of the Civil War.
In 1862, he enlisted in Co. D, 66 Illinois Infantry at Ramsey under Captain J.C. Hall and Colonel Elias Stuart.  Becoming sick from exposure within a few months, he was discharged as unfit for service.
Melanethon returned to Vandalia to teach school for a time before he took a job with the Illinois Central Railroad, which he kept for a few years.
Leaving the railroad, he again returned to Vandalia and with his brother, Luther, opened a mercantile.
In 1873, while living in Fayette County, he married Ada Jane Dieckmann, the daughter of George H. and Elizabeth Kerr Dieckmann, but she died within the year.
He later moved to Cairo and went into the abstracting business.
Luther married Anna Eliza Pike in 1865 and was one of nine original members to organize St. James Lutheran Church on April 1, 1865.
Among their children were William, Charles Floyd, Margaret, Alma, Ella, Edward (died in March 1885, age 1 month), Edna (twin to Edward andmarried John J. Bullington), Fred G.W. and their youngest son, Joe, who married Zora Whitten.
The Easterday family made an impact on Vandalia in many ways. Luther was a city alderman in 1878 and his wife, Anna, served as president of the McIlwain Women’s Relief Corps for two years.
Their son, Charles Floyd, was a teacher, county superintendent of schools, Vandalia postmaster in 1916 and president of the Chamber of Commerce. In 1934, he was elected to a seat in the Illinois House.
Both Fred G.W. and youngest son Joe were members of Co. I, 4th Illinois National Guard in Vandalia, with Fred attaining the rank of Captain during World War 1.
He also served as Fayette County circuit clerk for three terms and was head of the local draft board. In the summer of 1919, with Will M. Albert, Fred spearheaded the organization of the Crawford-Hale post, American Legion.
Diane Adams of Vandalia is a link to this illustrious family. Her mother, Eloise Easterday Wangrow, was a daughter of Fred G.W. Easterday and Stella Mammen, the Mammen family counted among the early settlers of Vandalia. 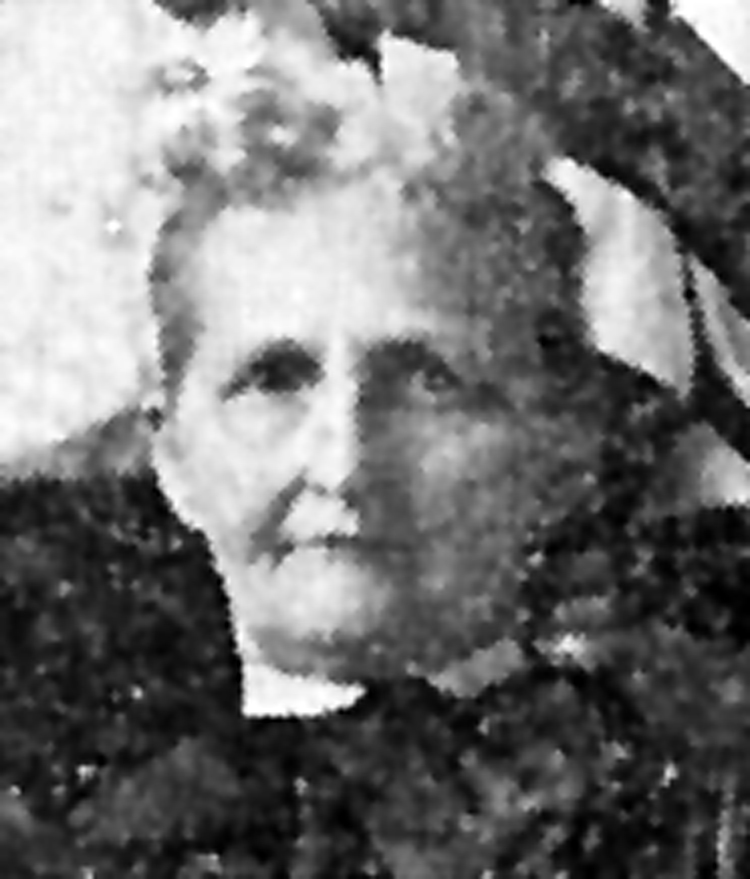 Pictured above is Anna Pike Easterday, in a photo of past past presidents of the local McIlwain Woman’s Relief Corps that was in the 1904 Historical Souvenir of Vandalia.