“Prayer is our opportunity to communicate with God, talking and listening, followed by action, being in our schools, to be a positive influence, being able to talk, encourage and to show the love of Jesus.”
That’s how Matt Philbrick summed up the purpose of the local observance of the National Week of Prayer.

“We need to be in prayer for our students, teachers, faculty and school administration daily, asking that God protect them and guard their hearts and minds,” he said.
“This week of prayer is a great reminder and a kick start for something we should be doing daily, weekly, monthly and yearly,” Philbrick said.
Continuing with the third day of Vandalia’s Week of Prayer, Philbrick, youth pastor of Unity Baptist Church and speaker for the day of prayer at the Vandalia Community High School gym, was joined by 14 adults, including area clergy and leaders, concerned and caring citizens, and one student.
Pastors and leaders participating were Stacey Smith of Northside Christian Church, Robert Weaver of Unity Baptist, Tom Farris of Church of God, Pete LeDuc of Crown Point Church, Robert Francisco of First Christian and Charles Watson of First Christian Church of Brownstown.
Philbrick began Tuesday’s prayer session by reading Scripture I Timothy 4:12, in which the reader is urged not to despise our youth, but rather be an example to them in word, conduct, love, spirit, faith and purity.
The group expressed thankfulness and asked for guidance in prayers for the communication, cooperation and willingness of the administrative staff,  the teachers and support people who made the meeting in the school possible, and especially for the students.
The theme of Vandalia’s Week of Prayer is “Lord, Hear Our Cry,” and it began Sunday evening with a community prayer service at Unity Baptist Church, continued Monday morning at the Vandalia Chamber of Commerce Building, on Tuesday at VCHS and on Wednesday at the Fayette County Courthouse.
A National Day of Prayer Breakfast at the American Legion Hall in Vandalia on Thursday closes the official week of prayer, but it doesn’t bring an end to the prayers by these participating.  The breakfast is at 6:45 a.m. on Thursday at the American Legion Home, and the public is invited to attend.
As youth pastor at Unity Baptist, Philbrick visits the high school regularly and it is to be noted that as he walked down the school hall during changing of classes, many students smiled and greeted him as he spoke to each one, greeting them by their names. 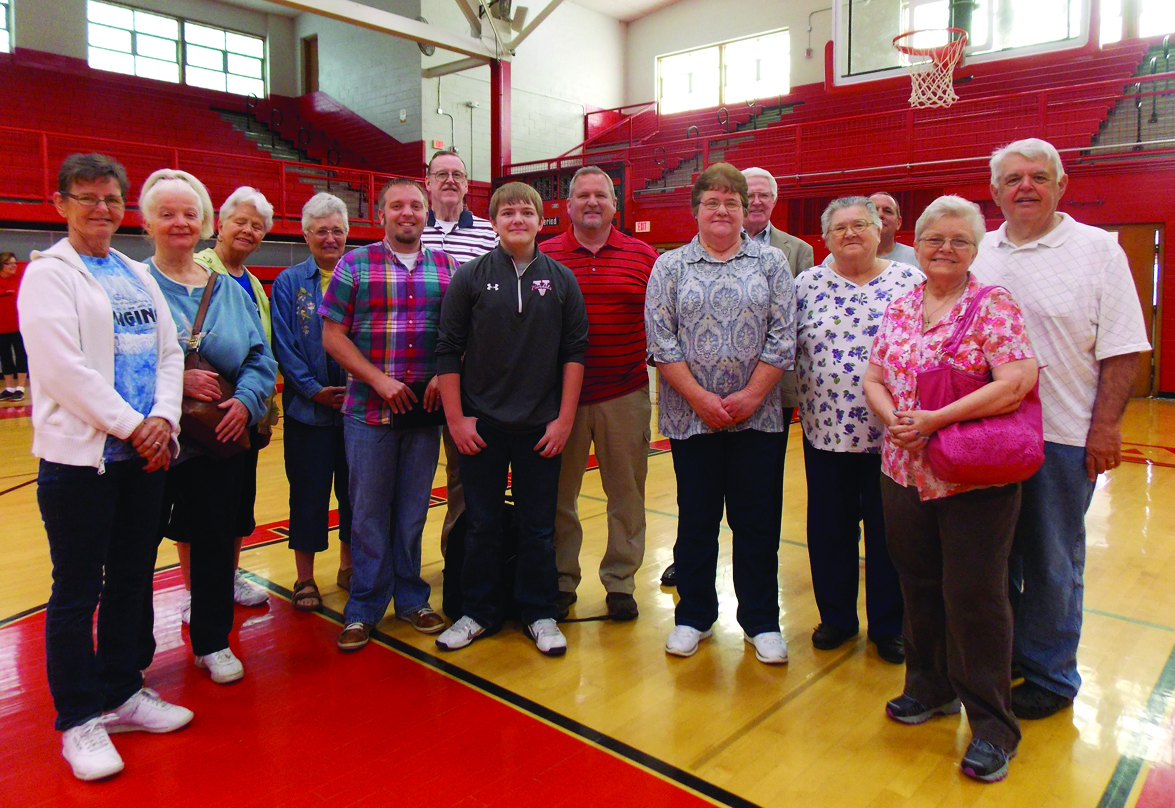