The Vandalia City Council on Monday approved the retirement of a long-time police officer, then took the first step in hiring his replacement.

Todd Wagner, who has been with the Vandalia Police Department since September 1993, originally planned to retired in May, but moved up his retirement due to family obligations.
Wagner, whose last day is May 8, served as the department’s sexual assault officer from 2001 until 2008 and as the VPD detective from 2008 until last year. He also worked as the department’s crime scene investigator from 2010-14.
Last year, Wagner moved back to the position of patrol officer as the city hired his successor in the investigation post, Jake Bowling.
“He was a great officer for the city of Vandalia,” Mayor Rick Gottman said.
After approving Wagner’s retirement, the council voted to authorize the city’s police and fire commission to hire an officer.
That officer will be hired from the city’s current eligibility roster, and Police Chief Jeff Ray said that Blaine Redman is at the top of that list.
In other action on Monday, Gottman presented Neil Clark, a Ward I alderman for the past four years, with a clock in recognition of his service to the city.
Clark is being succeeded by Ken Hubler, who won the Ward I seat in the April 7 consolidated election.
Also at the meeting, Ray reported that he was in Springfield on Monday and Tuesday, attending his first meeting as a member of the governing board of the Illinois Law Enforcement Alarm System, serving in Region 9. 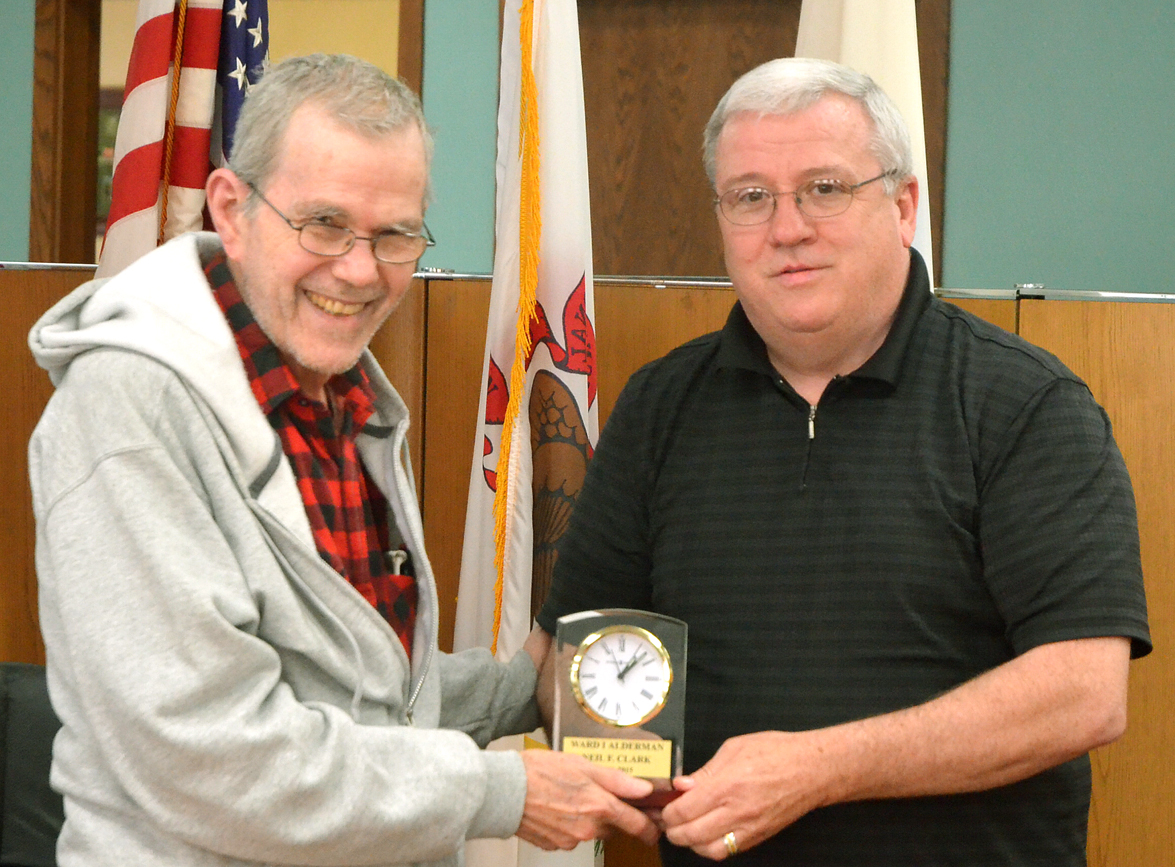 At a special city council meeting on Monday, Mayor Rick Gottman, right, presented Neil Clark with a clock to recognize his service as a Ward I alderman for the past four years.