Bryce Pearce of Flora was recognized as the Most Valuable Player of the 2014 Vandalia Holiday Tournament.
A 5-10 senior guard, Pearce scored 118 points at the VHT and led the Wolves to the championship game for the second-straight year. It was also the second-straight year that Pearce scored more than 100 points at the tourney. He scored 119 points last year, which is the sixth-most all-time. This year's total is tied for seventh-best all-time.
After averaging 24 points in the first four games, including 30 against Maroa-Forsyth, Pearce was held to nine points in the title game. If Pearce could have scored 24 points in the title game, he would have ended up with the second-most points in a tourney in the event's history. Flora has had the MVP at the VHT in four of the last six years.

Vandals on all-tourney team
The Vandalia duo of Collin Nestleroad and Richie Well were listed on the all-tourney team. A senior do-it-all guard, Nestleroad scored 99 points in the tournament, good for an average of 19.8 points per game. He scored 23 against both St. Anthony and Shelbyville, while putting in 20 against Maroa-Forsyth. Nestleroad grabbed 11 rebounds against Shelbyville. A sophomore sharpshooter, Well had 60 points in five games (12 ppg). Well scored 17 against Maroa-Forsyth and had 15 in games against both St. Elmo/Brownstown and Flora.
Flora's Logan Smith and Greenville's trio of Will Schaufelberger, Jacob Hall and Craig Faulkner were also the all-tourney team. Others recognized were Altamont's Ryan Armstrong, Shelbyville's Tristan Wade and St. Anthony's Andrew Gardewine. 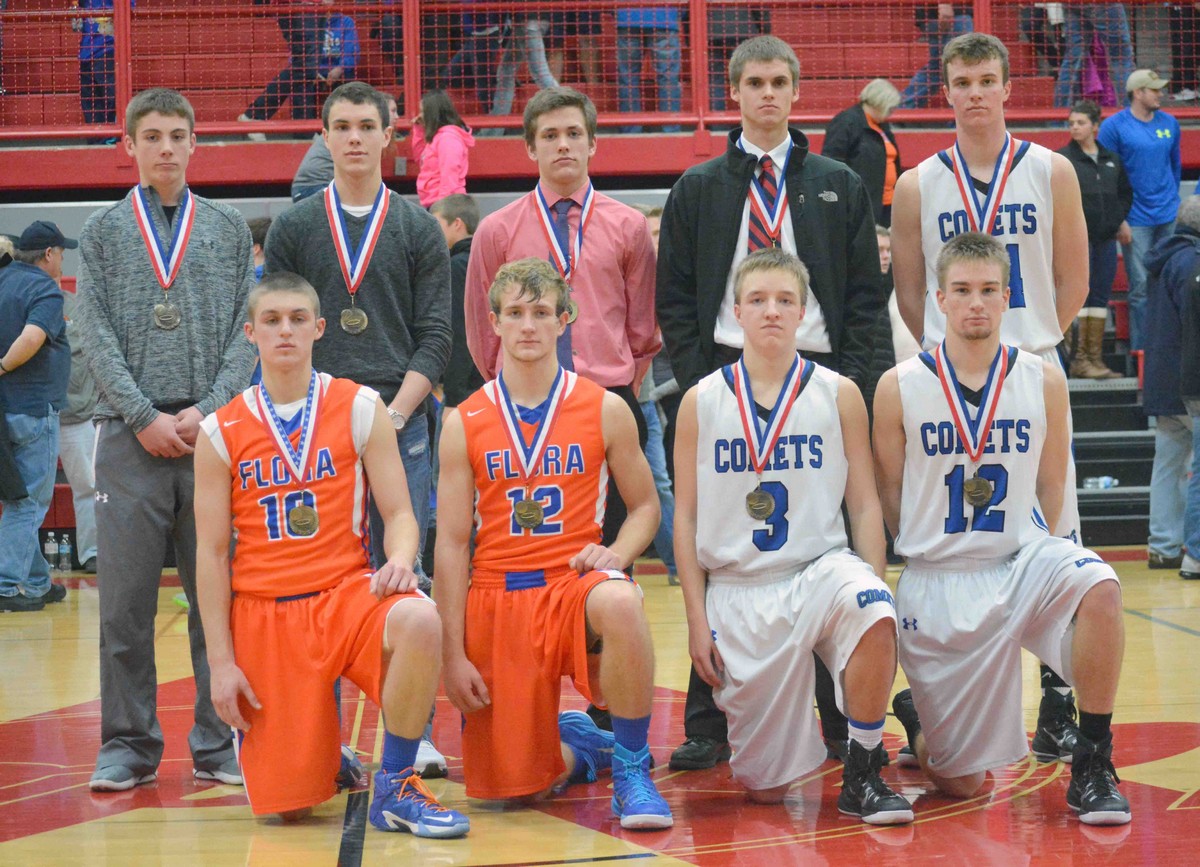 Pictured is the all-tourney team from the 2014 Vandalia Holiday Tournament. In back row, from left, are Richie Well and Collin Nestleroad of Vandalia, Ryan Armstrong of Altamont, Andrew Gardewine of St. Anthony and Jacob Hall of Greenville. In front, from left, are Bryce Pearce (MVP) and Logan Smith of Flora and Will Schaufelberger and Craig Faulkner of Greenville. Not pictured is Shelbyville’s Tristan Wade.