In October, the men were in Vandalia for the Veteran’s Tribute at Sonnemann Park, sponsored by Mat through his business, Wildlands Outdoor Equipment, and I knew that several of them were looking forward to the November trip to South Carolina, because they had mentioned they were going to sleep aboard the USS Yorktown.
Along with Mat, making the trip were: Bill Matayosian, who served in the Army from 1959-2002; Keith Techmeier, Steven’s Point, Wis., a former Marine who served in Iraq; and Tim Brown of Chicago, an Afghanistan Army veteran.
With the permission of the museum’s curator, Mat set up a field gear display that included food, weapons and personal items the Vietnam veterans would have used, which earned the attention of George Patton ‘Pat’ Waters, grandson of four-star Gen. George S. Patton.
Waters, a Navy veteran who served from 1965-70, commented that Mat’s display had more people viewing it than did some of the museum’s exhibits that cost millions of dollars.  He then surprised the men by presenting “challenge coins,” shown here, to Mat, Keith and Tim. This was a rare honor, because Pat is the only one who presents this coin.
Pat, of Louisiana, whose mother Beatrice Patton married Gen. John K. Waters, an Army four-star general, told that he was only 5 years old when his grandfather died, and that they didn’t talk about the war.  “I sat on his lap and got slapped by him; I didn’t know what he did for a living.”
The Vietnam Experience Exhibit is a true-to-scale exhibit that shows the operational and living areas of a U.S. Naval Advance Tactical Support Base (ATSB) during the Vietnam War and covers more than 2½ acres.
Using state-of-the-art technology to bring the history of the Vietnam War to life, it features more than a dozen components that simulate life during wartime in a “Brown Water Navy” support base and a U.S. Marine Corps artillery fire base.
The Illinois men from Charlie Co. were allowed to sleep aboard the USS Yorktown and were billeted in the Officers Quarters, where the pilots slept. On the first day, Friday, they were the only re-enactors on site and were joined the following day by seven more.
Friday night was a social hour, where the men were asked to appear in combat gear. This night, they met not only ‘Pat’ Waters, but Mayor Linda Page of Mt. Pleasant, museum donors, local politicians and members of the board of directors.
Another memorable guest was Rear Admiral James H. Flatley III, the only pilot to land a C-130 on an aircraft carrier, the USS Forrestal. Flatley racked up 1,400-plus unassisted carrier landings.
With 29 aircraft on display, from World War II to present-day operations, the Patriot Point Naval and Maritime Museum, is one of a kind. It is the only aircraft carrier museum to have all of the top 10 most significant aircraft in the U.S. carrier aviation history, and serves as headquarters of Congressional Medal of Honor Society. The official Medal of Honor Museum is on-site.
Along with the USS Yorktown, the USS Laffey, the only surviving Sumner-class destroyer is on display.
The Laffey was commissioned on Feb. 8, 1944 and was a support craft during the Normandy invasion. While operating off of Okinawa in 1945, it was attacked by 22 Japanese bombers and kamikaze aircraft.
The Laffey shot down nearly half of the attacking aircraft and her crew earned her the nickname “The Ship That Would Not Die.”
Learning that an 81mm mortar was stored shipboard, Tim, a mortar man, located it and set up a mortar crew display, instructing a few of the other re-enactors in its operation. This added to the living history display.
On Sunday, Mat said that members of the 2nd Battalion, First Marine Division, who were holding a reunion in nearby Charleston, visited the museum.  The next day, Monday, Nov. 10, was the birthday of the Marine Corps.
“The exhibit was built to honor the veterans who served in the Vietnam War and to educate new generations about this war that defined America after WWII,” said Museum Executive Director, Mac Burdette.
The Illinois men left Point Pleasant Monday afternoon and after visiting Fort Campbell, Ky, the home of the 101st Airborne Division, returned home. Their presence at Patriot’s Point added much to the grand opening and each of the men took away memories for a lifetime. 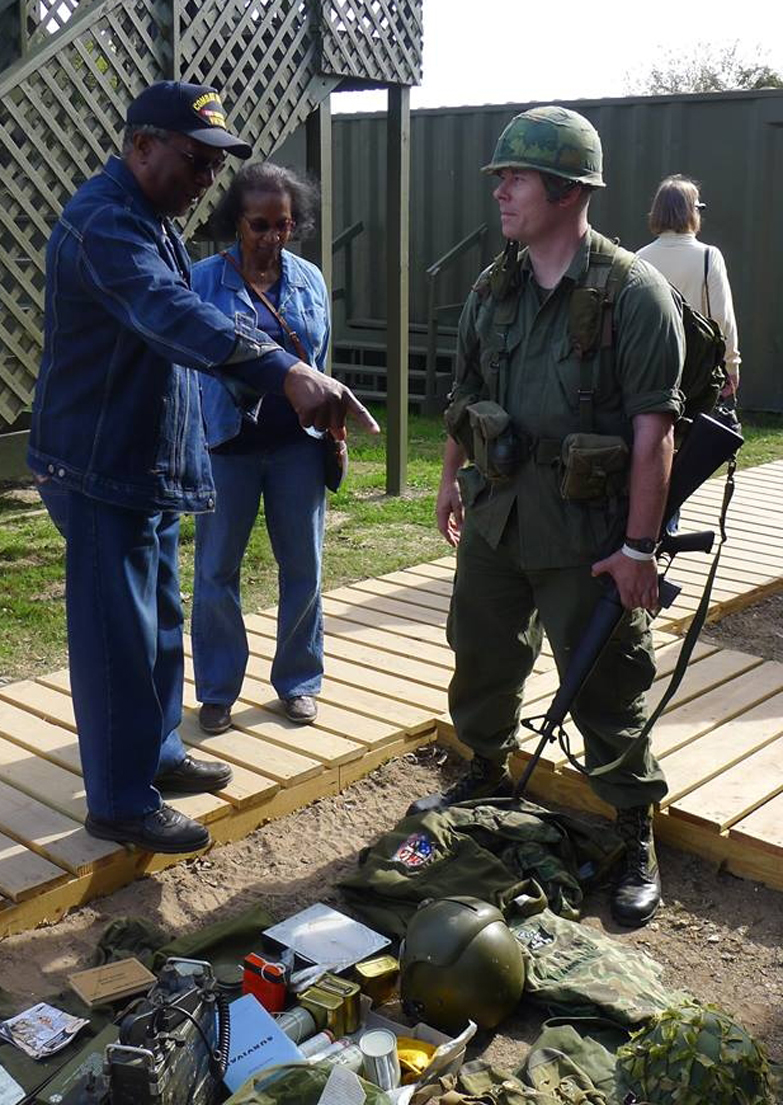 Mat Hanabarger, right, talks with a Vietnam veteran at the Vietnam Experience Exhibit. 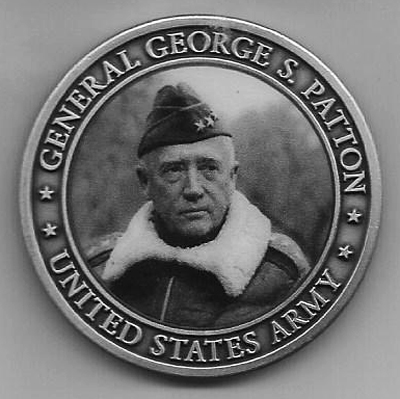