Rufus and Alice (Hummingbirds)
Our little Hummingbird couple, Rufus and Alice, has been visiting their feeder frequently lately, probably in preparation for the long trek (or
flight) to their winter home.
They have been coming to our house for a long time, and we were concerned when we moved to the north end of the lane that they would not find us. We hung the feeder in an unobstructed area, hoping they would see it, but afraid they would think we had deserted them and fly on over to Sharon Wilhelm, who lives northwest of us and has many, many hummingbirds and lots of feeders, every year.
Happily, they did find us. They are the only two that come year after year.
We think the Rufus and Alice like to get away for a vacation and that is why they come alone.
One year, they brought another couple, but since then, there is again only the two of them.  We think they build a nest, because they only come one at a time for a while, so we figure the other one is watching the nest. However, we never see any babies at the feeder.
We named out little hummingbird family after our Mennonite friends, Rufus and Alice.
Still Looking for a Little Girl Burro…
… to be a friend to Lady, the mini-mare. We (namely Bill and Panzi) are in the process of building Lady a new little barn. She has been watching us as we work, but she interrupts us when she wants a snack, by nickering and stamping a foot.
The little barn is near Smoky’s (the late adorable little donkey) final resting place.  It is marked by a little ceramic donkey and goose.
SnowWhite, who was Smoky’s best friend and mentor, visited his window every day and he would stick his head out the window to visit with her.
Announcements
Open House for Lenora Parkison
There will be an open house in honor of Lenora Parkison’s 90th birthday on Sunday, Sept. 28, at Liberty Christian Church, from 2-4 p.m.
You are invited to join them in their celebration. Her address is: Lenora Parkison, 2462 N. 1500 St., Brownstown, Ill. 62471.
A Homestead Mystery
A mystery gift was found this week in the news box just below our standard mailbox.
It is a pretty lighthouse figurine and is now in a place of honor and much appreciated. Hopefully, someone will come forward, so we can thank them.
Golden Years Club
Moving Forward
Twenty-one members and friends signed the register for the potluck meeting on Tuesday, Sept.9, as Tammy Carson played the clavinova keyboard.  The club president, Pastor Don Thomas, gave the welcome and recognized birthdays and anniversaries. He led the blessing and invited the people having birthdays and anniversaries to go first for the meal.
Following the meal and Randy Meyer’s cleanup kitchen crew completing their mission, Thomas called the meeting to order.
“This Land is Our Land” …
… should have been the song of the day, as Thomas announced the property lease had been signed. Time is needed for the donors to vacate the property before the Golden Years Club can take possession.
The club is grateful for the gift of the property on which to build a new home.
Thomas reviewed the club calendar and confirmed the date of the club’s annual ham and beans dinner as Oct. 11, from 10:30 a.m. until they are out of food or attendance falls off. More preparations will be made in a furure meeting.
Tammy Carson played songs and sang in honor of Lenore Parkison’s birthday.  She presented a special program and sang her own original songs, which told an interesting and entertaining story of her family as her children were growing up. One song told the story of Tammy’s new canvas shoes, which were ruined in the mud as she helped with corralling cows. Another true story she called “Growing Up,” was more poignant, as she told the story in song of her youngest child getting on the school bus for the first time to go to school.  She also sang about “Raising Teenagers” and “A Mouse In My House.”
She continued playing familiar songs as the group sang along.
Flo Allen gave a humorous reading, and story by Thomas concluded the meeting.
Brownstown United Methodist Church
Pianist Bette Stolte played the prelude as the congregation of the United Methodist Church gathered for Sunday worship services. Hubert Williams and Jeff Kelly served as ushers. Elaine Voelker, J. Evans, Nicholas Grull and Debbie Elam lighted the altar candles.
Pastor Don Thomas greeted all, recognized birthdays and anniversaries, shared the announcements and prayer requests, and led in prayer.
Following the scripture lesson, morning message, delivered by Thomas, the service concluded with prayer.
Children’s worship was led by Pam Orr, who served cakes and juices for refreshments. Flo Allen led the adult class.
Announcements
• Saturday at 4 p.m. – Wolf Creek Cluster picnic at Brownstown City Park. Meat and drinks furnished; take a dish to share.
• Sunday – United Methodist Women’s Sunday. 3 p.m.-Installation service for Scott Grulke, Embarras District superintendent at Effingham Centenary UMC. 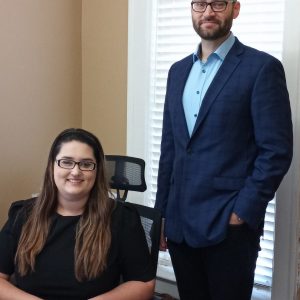