Having completed drawings that show the finished product, engineers for the Vandalia Swimming Pool project are now working on designs for the project.

Vandalia Park District Trustee Brian Stout, who heads up the district’s pool renovation committee, gave that update at the park district’s August meeting.
Stout said that he has been meeting with representatives of Hurst-Roche Engineers of Hillsboro twice a week on the status of the project.
Estimated to cost about $1.3 million, that renovation project will include a new deck, major work on the pump house, renovating the dressing areas, replacing slides, fencing work, and adding a zero-entry area and water umbrella.
Stout announced at the park board meeting that the Old Capitol Foundation had approved the park district’s application for a $400,000 grant for the project.
He is continuing to work on other projects that will help fund the renovation work. Those include preparing an application for a TIF (Tax Increment Financing) grant from the city and working with legal counsel on a non-referendum bond issue.
The district hopes to get $400,000 in TIF funds over a 10-year period, with those funds being used to help abate the taxes related to the 10-year, non-referendum bond issue.
That bond issue, Stout said, would generate $775,000, and should it receive a $400,000 TIF grant, the district would have to make up the difference on the abatements.
But, he said, the district would have five years on which to raise those additional funds.
“What’s most important right now is to set up a public hearing for the bond issue,” Stout said.
“I think our goal is realistic,” he said, explaining that he feels that showing the drawings and giving more exact figures on the funding for the project will help the public understand what the district is doing.
“Once they see all of that, it will give life to our efforts,” he said.
Thus far, public support has been strong, as evidenced by the outcome of fundraising efforts conducted by pool Manager Lisa Robbins and her staff.
At the August meeting, Robbins reported that the staff raised $582 working for tips at Sonic recently.
That brings the total raised by the pool staff to $21,136.
Robbins said the pool staff started receiving larger donations once drawings for the renovation were displayed at the pool.
“We have been getting checks for $50, $100 since the designs went up,” she said.
Donations to the pool renovation may be sent to the park district office, 900 N. Locust St., Vandalia, Ill. 62471.
The park board had earlier agreed to apply for state OSLAD grant funds to help fund the project, but it agreed at its August meeting to withdraw that application, at Stout’s request.
He made that request based on the timing of grant awards, saying that his goal is to seek OSLAD funds for other park improvements, such as playground equipment, in the future.
Stout also told the other board members that he would like to form a committee that would set goals for grants and work with consultants and experts on grants in future years.
“If this (pool project) has taught me anything, it’s, let’s gets some goals out there,” he said.
Also at the park district’s August meeting:
• Park district secretary Kay Wasser told the board that she plans to retire at the end of this year.
• The board agreed to get prices on DSL Internet service and a security system. 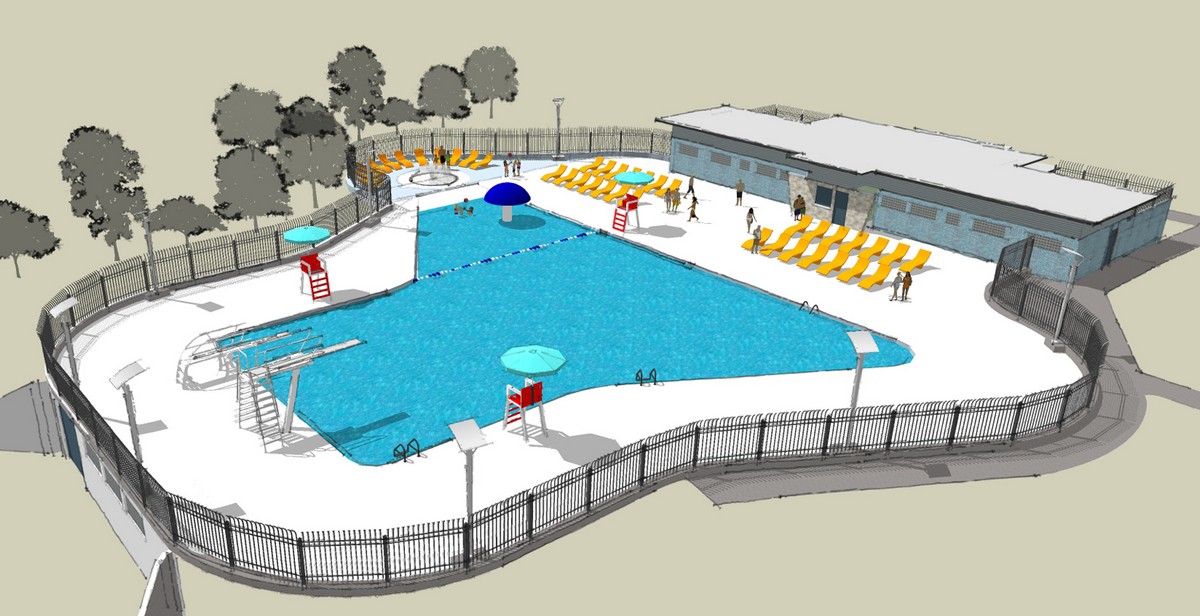