Midland States Bank announced this week the promotion of Michael King to Regional Banking Center Manager for the Central and Southern Illinois regions.

In his new role, King’s responsibilities have been expanded to include the management and coordination of consumer banking programs in the Central Illinois region, in addition to continuing to provide consumer leadership for the Southern Illinois region. His territory includes offices in Effingham, Centralia, Greenville, Vandalia, Farina, Waterloo, Columbia and Freeburg in Illinois, and Chesterfield in Missouri.
“Mike has demonstrated a keen ability to interpret consumer financial needs and integrate beneficial customer programs,” said Tim Spitz, regional market president. “His sensitivity and responsiveness to consumer financial requirements make him an integral member of the Midland team.”
Prior to beginning his banking career in 1997, King worked in the investment and securities industry, and transitioned into banking, where he held management positions at two regional bank holding companies.
He majored in accounting at Lander University in Greenwood, S. C. King can be contacted at [email protected]
Midland States Bank has been given a five-star rating by Bauer Financial, a rating reserved for only the strongest financial institutions in the U.S. Midland has assets of approximately $1.7 billion, and Midland Wealth Management has assets under administration of more than $1.1 billion. The bank was established in?1881 in Effingham. 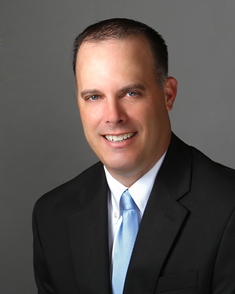