For many years, tourism has been the second-largest industry in Illinois, and on Tuesday, a state tourism official said that Fayette County is seeing great benefit from that industry.

Illinois Office of Tourism Director Jen Hoelzle was part of a state tourism team visiting the Vandalia Statehouse as part of a five-day, 17-stop “Road Show.”
The state’s tourism team is touring the state to “celebrate a third consecutive year of record-breaking tourism industry numbers,” Hoelzle said.
Last year, she said, the state hosted nearly 105.7 million visitors, an increase of 4.5 percent over 2012, generating $2.6 billion in revenue.
Vandalia and Fayette County have also been seeing increases in recent years, Hoelzle said.
Preliminary figures from 2013 show visitors to Fayette County spent $26.5 million here, up from $25.76 million in 2012, an increase of 2.9 percent.
State tax receipts in Fayette County in 2013 totaled $1.71 million, and local tax receipts totaled $1.04 million, both of which were increases over the 2012 numbers – $1.65 million in state tax receipts and $1.02 million in local receipts.
“Tourism is a huge economic driver, and we say that tourism is a fun industry, but these numbers are serious,” Hoelzle said after her presentation on state tourism numbers to a full house in the Statehouse in the House of Representative chambers.
“I’ve learned that this site draws 30,000 (people) a year, which I’m impressed with, but these numbers could be so much higher if people really knew it was out there,” she said.
“And that’s what we are tasked with every day, bringing more and more visitors, raising that awareness.
“If that means that even more people in this town know about it, too, that’s fantastic, because I really believe that part of what we do is to build pride in this state, and part of that is letting people here know, ‘Listen, you have some great assets here, you have a great product,’” Hoelzle said.
During her presentation, Hoelzle gave credit to community officials and volunteers for the increases in tourism numbers.
“Local officials, elected officials, (local tourism) board members, you guys did this – this is a team effort,” she said.
“It’s very, very important to keep these visitors coming, and it doesn’t happen without your support,” she said.
At the end of the program, Hoelzle recognized one of the local volunteers who is part of that team effort – Mary Truitt.
“We like to recognize (during the tour) who are kind of the behind-the-scenes stars, the people who really make tourism happen, who don’t get acknowledged as much as they should,” Hoelzle said in presenting a Lincoln Award to Truitt.
In accepting the award, Truitt gave to Hoelzle the same message that she gives other visitors to Vandalia.
“We love our place, and we want you to meet it,” Truitt said.
Also speaking during the program was Statehouse Site Superintendent Steve Riddle.
“I don’t know if we are a destination for anybody, but it sure is a fun stop,” Riddle said about Vandalia, adding that “very few small towns have three museums.”
Vandalia Mayor Rick Gottman gave a short address at the start of the program, and in addition to other city representatives, those present included volunteers serving at the Statehouse, Fayette County Museum and National Road Interpretive Center.
Also present were two state senators, Kyle McCarter (R-Lebanon) and Bill Haine (D-Alton). 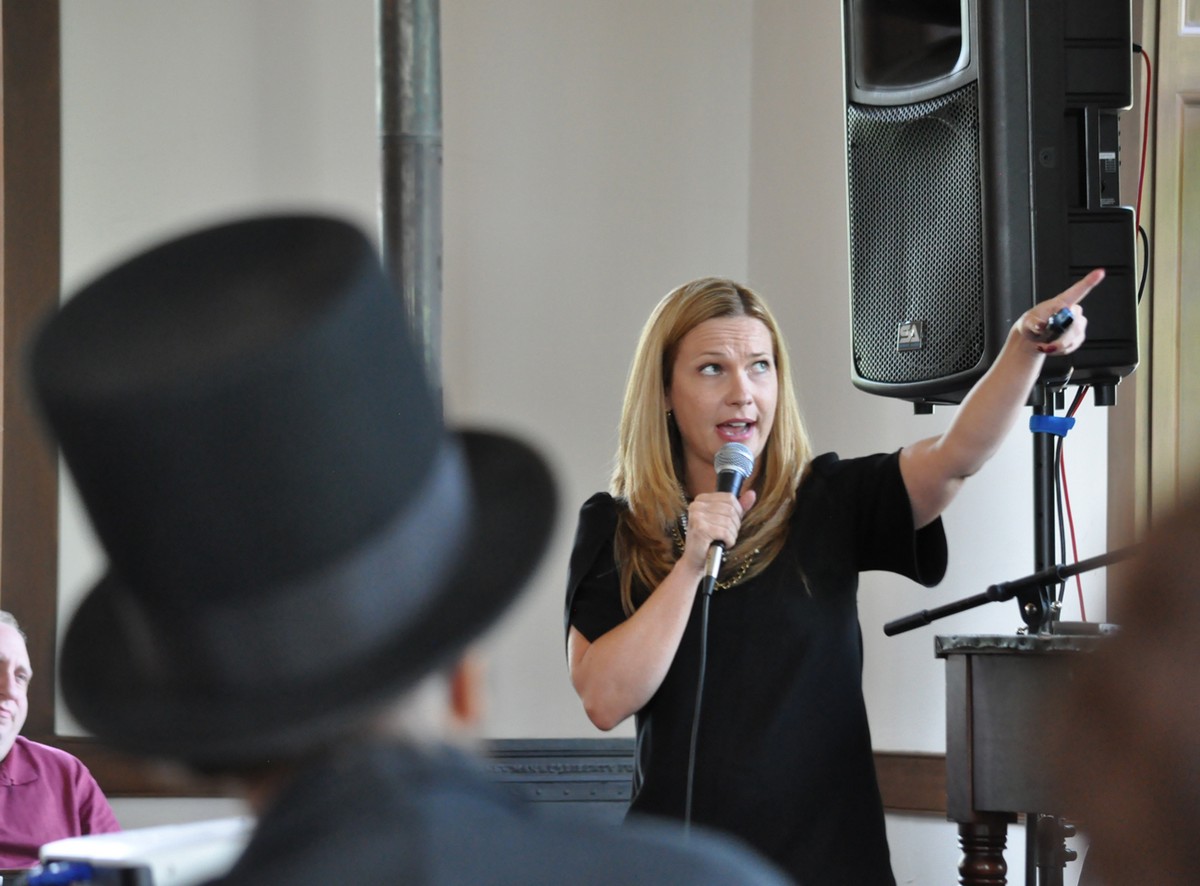 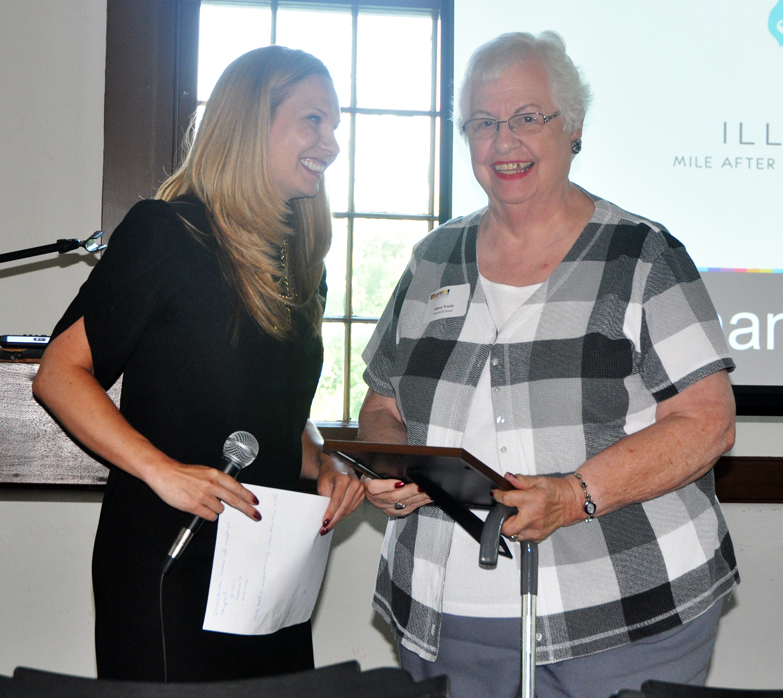 Illinois Office of Tourism Director Jen Hoelzle, left, presented a Lincoln Award to Mary Truitt on Tuesday to recognize Truitt for her work in tourism in Vandalia.