The executive secretary for the city of Vandalia last week told members of the Vandalia Chamber of Commerce about the city’s efforts to promote tourism in the area.

“There’s a lot more going on in the area than people realize,” said LaTisha Paslay. “And it’s imperative that we continue to promote our community.”
The name of the game, she said, is working together to bring people to the community. Currently, the city is attempting to do that by creating printed marketing materials, as well as information for websites operated by the city and the Vandalia Chamber of Commerce.
Paslay handed out packets containing a variety of brochures from the city, National Road Association, Illinois South Tourism Bureau and other organizations. Also included was a consolidated list of activities and events held each year in the area.
To keep information up to date, the city is in the process of updating many of its brochures and its website.
She noted that in the 19-county area that comprises the Illinois South Tourism Area, travelers last year spent more than $1 billion on lodging, food and tourism-related activities.
Among the events coming up are: The Lincoln Heritage Pageant on July 12 and 13 in the city parks; a variety of events, including fireworks on July 5, during the Fourth of July weekend; the Vandalia Lions Club car show at the lake on Aug. 30; the Grande Levée and Harvest Festival on Oct. 3 and 4; the Armed Forces Tribute on Oct. 11 and 12 in the city parks; the Lions Club Halloween Parade on Oct. 30; and Old Tyme Christmas on Nov. 14 and 15.
In other business at last Wednesday’s monthly meeting, VCC Executive Director Seth Whitehead announced that four businesses have recently joined the organization. They are Stout Adjustment, Farina Farms, World Finance and the soon-to-open Goodwill Store.
He also noted that StarMax Theaters will be opening soon.
June Mahon gave the report on visitors to the Vandalia Tourism Center. During May, 179 visitors from 18 states were registered at the center. 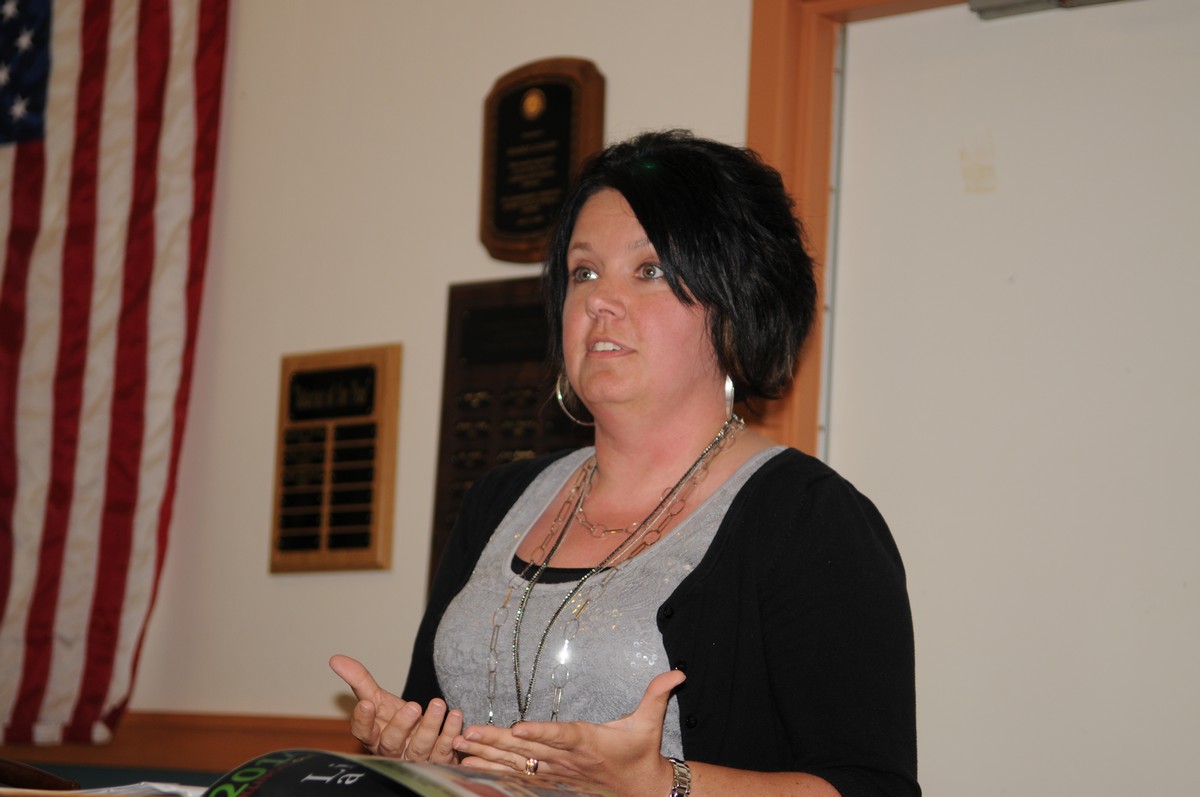 LaTisha Paslay, executive secretary for the city of Vandalia, spoke to the Vandalia Chamber of Commerce last Wednesday, telling the organization’s members about the city’s efforts to promote tourism.