The girl on the left was a school teacher. She enjoyed her jeans, overalls and softball. Her cousin, who was in the Navy, still serves the public at a local car wash.
Do you know them??If so, call The Leader-Union, 283-3374.
In last week’s Mystery Banks Photo were: No photo last week.
This week’s Scrambler:  cusssec si het mus fo lasml roftsfe, traepede ayd ni dan yad tou.
Can you unscramble it??If so, call The Leader-Union, 283-3374, by 5 p.m. next Monday.
Last week’s Scrambler: I feel sorry for the person who can not get genuinely excited about his work. Not only will he never be satisfied, but he will never achieve anything worthwhile. (Walter Chrysler)
Unscrambling it were: Juanita Workman, Lois Jackson, Cy and Lorene Locke, Andrew Crosswait, Elizabeth and Richard Kasten, Bev Brewbaker, Libby Johnson's fifth-grade class, Larry Henna, Wayne and Bonnie Purtilar, Ruth Ann Garrison, LuLu's, Jan Williams, Larry Cable, Diana Roe, Eugene and Barbara Milhoan, Shirley Mattes, and Don and Ellen Willms. 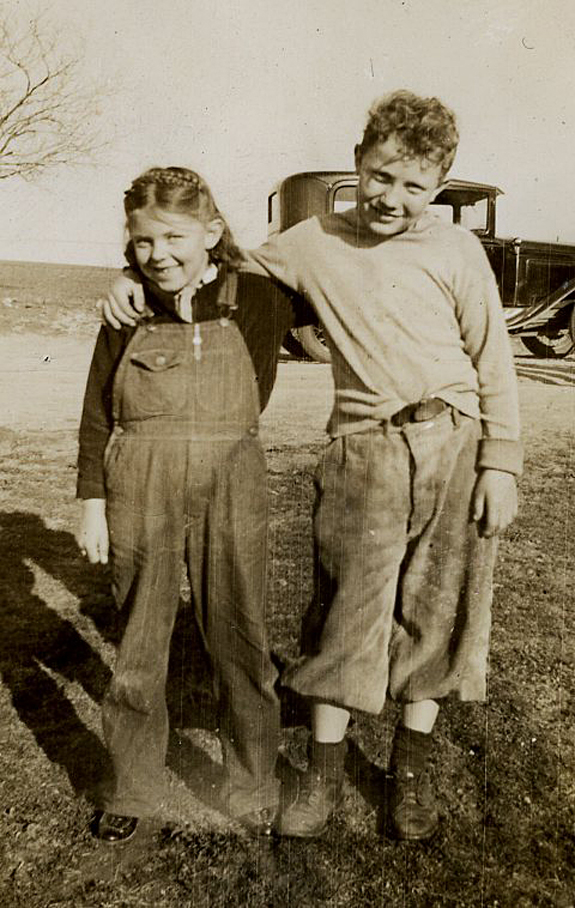