“With love, you can do almost anything.” Those wise words were spoken by Lucille Bingaman, whose appearance, intelligence, conversation and quiet sense of humor belie her age of 99 years.

Lucille, without hesitation, can tell you she was born on Jan. 1, 1912, “but I didn’t get any prizes” for being a new year’s baby.
Her voice is strong and clear, and her memory phenomenal as she tells her life story.
“I was born three miles west of Brownstown, and I never lived any farther away than Vandalia, except for winters in Florida,” she said. “We spent about 20 winters in Florida near Tampa, in a small town, Estero, south of Fort Meyers.”
Not only did this lady have these memories stored in her head, she even spontaneously paused to spell Estero, knowing it was an unfamiliar word in this area.
Family Ties
“My maiden name is Gochenour, a familiar Vandalia name.
“My husband’s name was Floyd, and we were married in 1930. We lived together 74 years.
“We never quarreled. I don’t think the children ever knew it if we had a difference of opinion, and that’s all we ever had.”
Her son, Fred agreed with this, adding, “The children never saw them fight or discuss money. He never left the house without kissing her. If he went to the post office or the garage, he never left without kissing her.”
Lucille said, “I had five children. My two older sons were Joe and Harold Dean, and they are gone. My oldest daughter, Beverly, married to a Crown, is also gone.
“I still have Sherill Parton, who lives in Huntsville, Ala., and Fred, and he lives here, in Brownstown, thank goodness. He is a very good son and I have a very good daughter-in-law (Connie).”
Continuing her life story, she said,  “I went to a country school, Schwarm School, which no longer exists, and graduated from Vandalia High School in 1928.”
She recalled different relatives, their homes and locations where they built, and some history of Brownstown.
A Long-Respected Business Name in Brownstown
Floyd had started out with his father, Henry Bingaman, in the grocery store known as Red Fox, which they ran until selling it in 1940. Henry and Floyd were selling radios in the Red Fox store as early as 1929.
After selling the store, they went into the radio business, added televisions, and then appliances.
“He  (Floyd) had the business in Brownstown, and then as the children grew older, they didn’t need me so much. I joined him (Floyd) in the business,” Lucille said. “I added furniture to the business. It was only appliances until then,” she said.
An interesting note is that following his grandfather and father, Fred and his wife started DeerPark Distributors in Brownstown, featuring radios and vintage jukeboxes, and now their son, Scott, is managing the business, making him a fourth generation radio person in Brownstown.
“I sold furniture from the mid-’50s until 1975.  Fred was going to school, and I tried to get home before he got home from school the first few years,” she said.
Floyd and Lucille Bingaman were not only business people in Brownstown, they were also benefactors for many, although this information was not shared by her.
Others, those who were recipients of their compassion and generosity, had spoken of their willingness to carry balances of grocery bills on the books through difficult times.
Many have spoken of being helped get set up in housekeeping by this couple. Some didn’t have the money owed, and Floyd would say, “Pay me when you can.”
Some said they would tell Floyd to come pick up their refrigerator, because they were out of work and couldn’t pay him, and he carried them until they had work.
Lucille said that when she was a young girl,” I didn’t have the toys like they (her children) had. I had to work.
“I helped my mother in the house, and I worked in the garden. We had a big garden and she did a lot of canning, and I just gradually grew into it.
“It was different with my own family, but with love, you can do almost anything,” Lucille said.
Something that she especially as a businesswoman was that the major manufacturers she dealt with, such as Philco and Maytag, would award them with sponsored trips if they bought so much. So, they went on dozens of sponsored trips and cruises.
They were one of the major businesses in Fayette County at that time. They would buy freezers, washers, etc., by the train carload and put them on the siding behind the lumberyard. They would have a big sale until everybody had a freezer, and everything was gone.
Floyd was probably the first person in Fayette County to sell a television.
“We had customers all around. We knew a lot of nice people,” she said.
Hobbies? Taking care of five children, she didn’t have much time for hobbies, but said she liked to collect antiques and garden.
“She had a great asparagus bed,” Fred said, “and she worked at it.” Lucille added, “I didn’t think that stuff would ever grow.
“I liked to bake. I made hot rolls, and beef and noodles for Sunday dinner. I like fried chicken. It’s still my favorite,” she said. “Fried chicken five times a week is almost enough.”
And Today…
Still not far from Brownstown and family, she lives in Fayette County Hospital Long Term Care in Vandalia.
Her room is bright and cheery with fresh flowers in her windows – “Thanks to this young man,” she said, indicating her son.
There are also bumblebees about the room. “My youngest granddaughter’s contribution,” she said.  “We played the game, “Bumblebee” when she was 9 and she always calls me “Bumblebee Grandma.”
“I’m just grateful for the life I’ve had,” she said. “I was born in the country, I was raised in the country, and I think I’m just a country gal.” 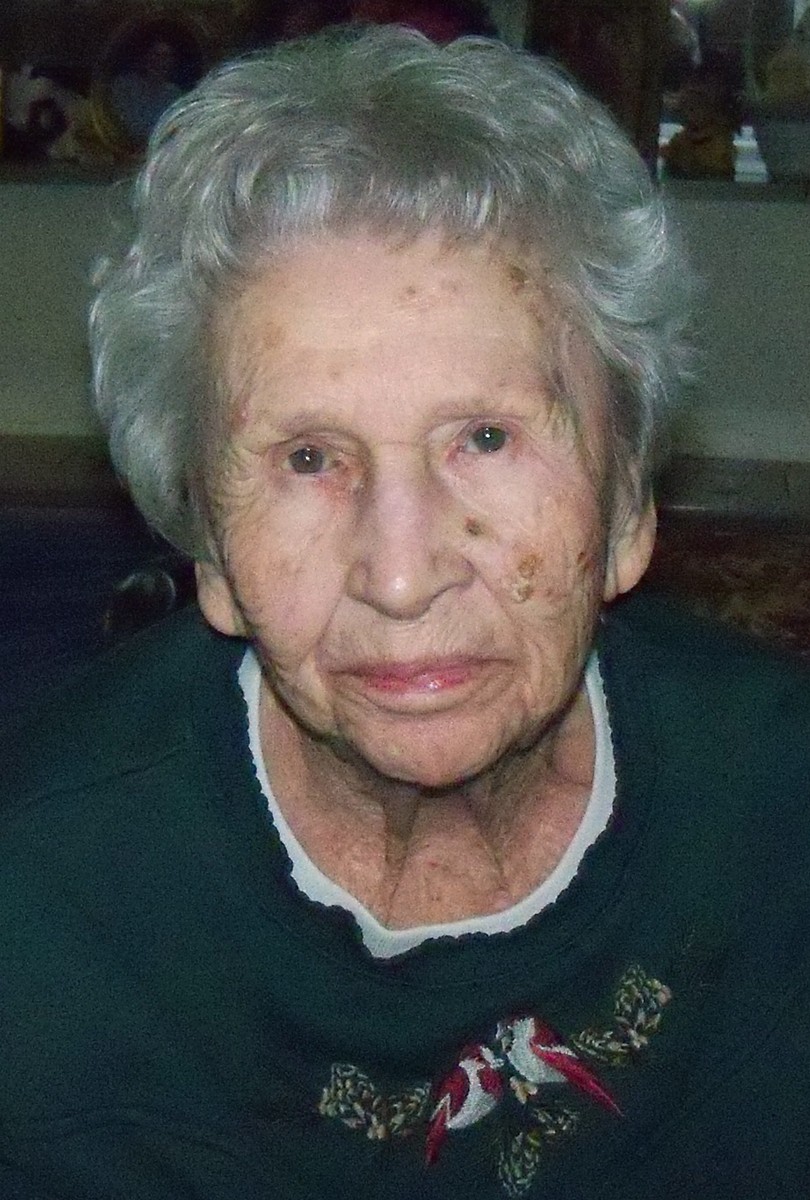 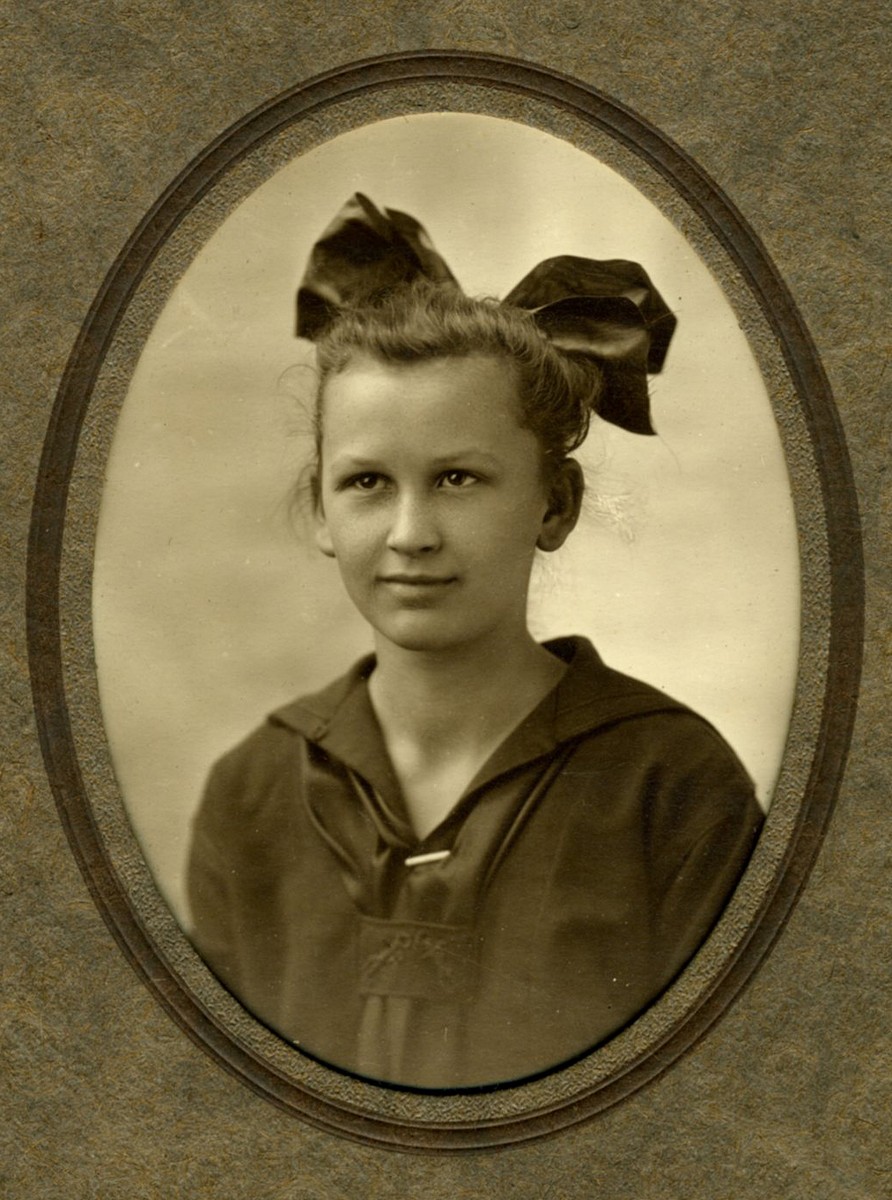 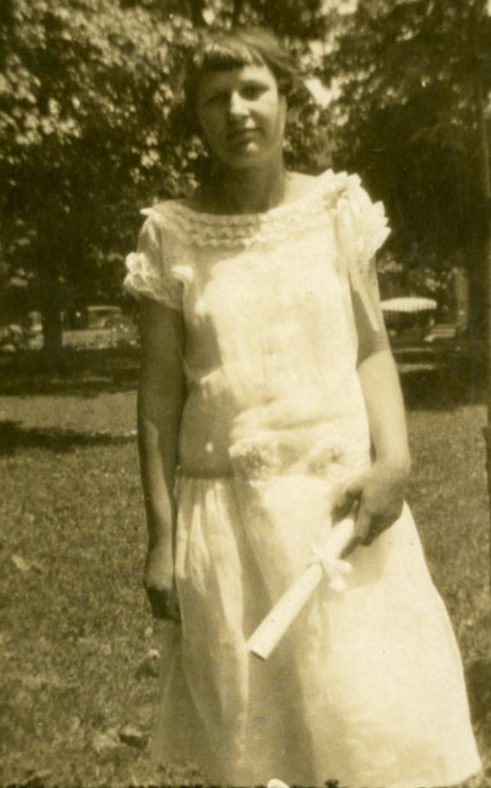