This week’s Mystery Banks Photo: This Stringtown graduate came to Vandalia to attend high school. She is shown modeling a dress she wore to her sorority initiation. A World War II bride, she was married in Atlanta. In Vandalia, she lived in the same house, with many of the same neighbors, for more than 50 years. 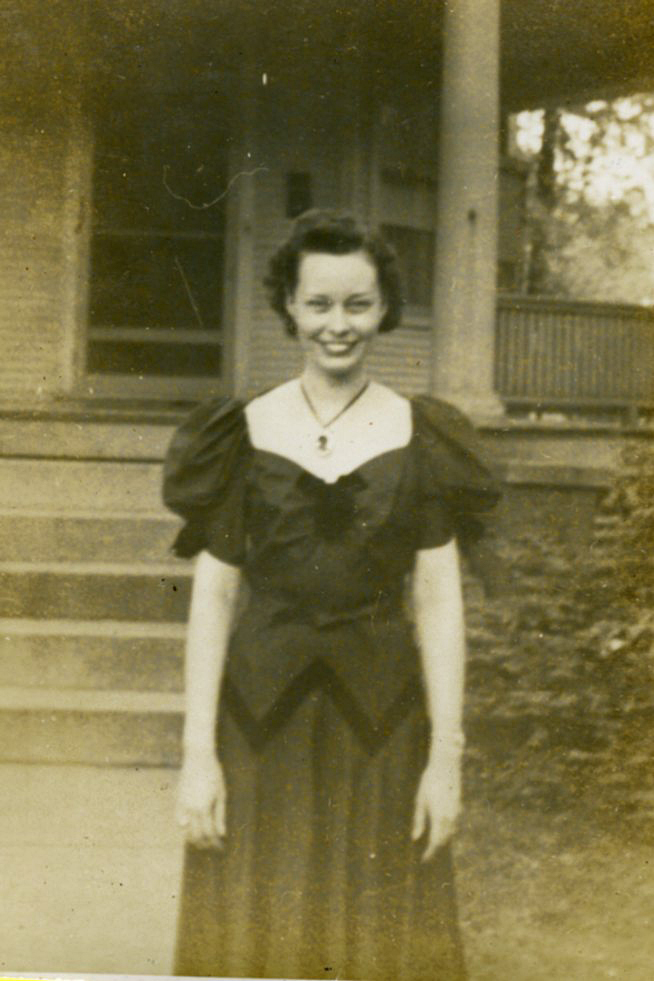